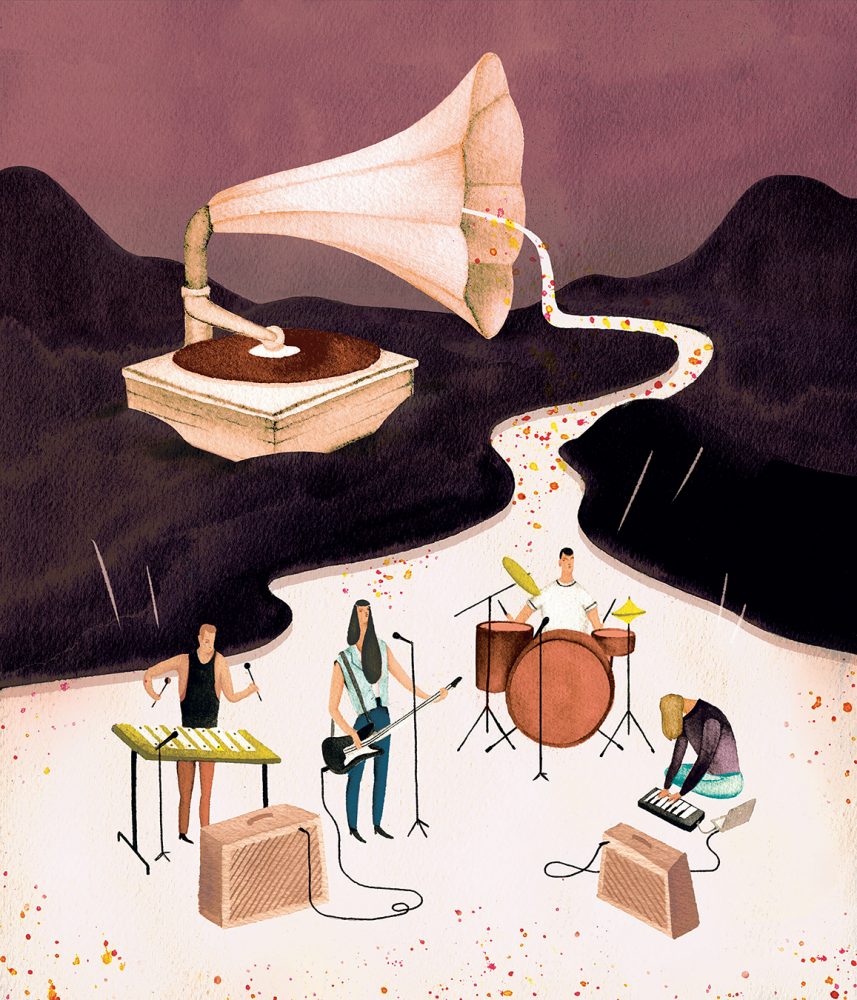 A cover is a song recorded by an artist that has already been recorded by another artist. For our purposes, live performance is left to another discussion. There are many largely undetermined reasons why someone might do a cover. The most obvious is to show admiration or respect, but there is usually at least a hint thrown in about how important the original version was in the musical history of the covering artist.

When the Beatles and, even more pronouncedly, the Rolling Stones first flashed their musical wares in recorded form, the songs were mostly covers of other artists. This was more than homage; it was a way to reveal their musical influences, and show their originality all in the same two-and-a-half-minute song. That both bands chose to cover “Money (That’s What I Want)”, by Barrett Strong, has an irony that five decades of fame and fortune have only accentuated. “Money” is a good example of a strong song that has drawn much attention from other artists. Even a small sampling shows at least 50 covers, including those by Led Zeppelin, the Who and, memorably, the Flying Lizards.

The practice of covering songs has been going on for pretty much as long as recorded music has existed. But the most interesting covers are often by singers or groups for which there appears to be little or extremely tangential musical affinity to the original. Fleet Foxes covering Kate Bush’s “Wuthering Heights” comes to mind, as does the Dwight Yoakam/Sheryl Crow rave-up of Sonny and Cher’s “Baby Don’t Go”.

Sometimes it is an obvious statement of appreciation for the original. A striking example is the title track on Emmylou Harris’s great 1995 album Wrecking Ball. The original song, by Neil Young, is made even more sombre and evocative, somehow changed in its meaning, when Harris gets a hold of it. Young even sings the melancholy harmony parts with her. On the same record, she covers Lucinda Williams’s “Sweet Old World” with similarly mystical results.

In rare cases, the cover version basically changes the meaning of the original, a hard trick to turn when you think about it, since the basics of lyric, melody and structure remain intact. A great example, among many such covers in his American series, is Johnny Cash’s version of Neil Diamond’s “Solitary Man”. An even more famous example is Jimi Hendrix’s cover of Bob Dylan’s “All Along the Watchtower”, of which Dylan himself is reported to have said, “He found things that other people wouldn’t think of finding in there. He probably improved upon it by the spaces he was using.” Perhaps the ultimate compliment, though, is that Dylan’s own folk ballad became, in over 30 years of him performing it live, essentially a cover of the Hendrix version.

Still, covers are mostly great conversation pieces—ways of thinking you may have just glimpsed into the thought process of this or that artist, since they covered a song you love, which must mean you have something in common. Some cover songs worth seeking out, as much for what they are as for what the original is, include: Radiohead, “Wish You Were Here” (Pink Floyd); Rickie Lee Jones, “Under the Boardwalk” (the Drifters); Nick Lowe, “High on a Hilltop” (Merle Haggard); Johnny Cash, “Hurt” (Nine Inch Nails); Wilco, “California Stars” (Woody Guthrie); Creedence Clearwater Revival, “Before You Accuse Me” (Bo Diddley); Mavis Staples, “Wrote a Song For Everyone” (Creedence Clearwater Revival); Petra Haden, “I Can See for Miles” (the Who). Call it a kind of reimagining.

And who knows, some of this may come in handy when you are sitting late at night over a freshly poured draft beer (your second), mustering up the nerve to correct the stranger next to you who is proclaiming the merits of the song “Rich Girl$” by Down with Webster. “They sure know how to write great lyrics,” you hear over the din. No, they don’t, but they sure do like Hall & Oates.