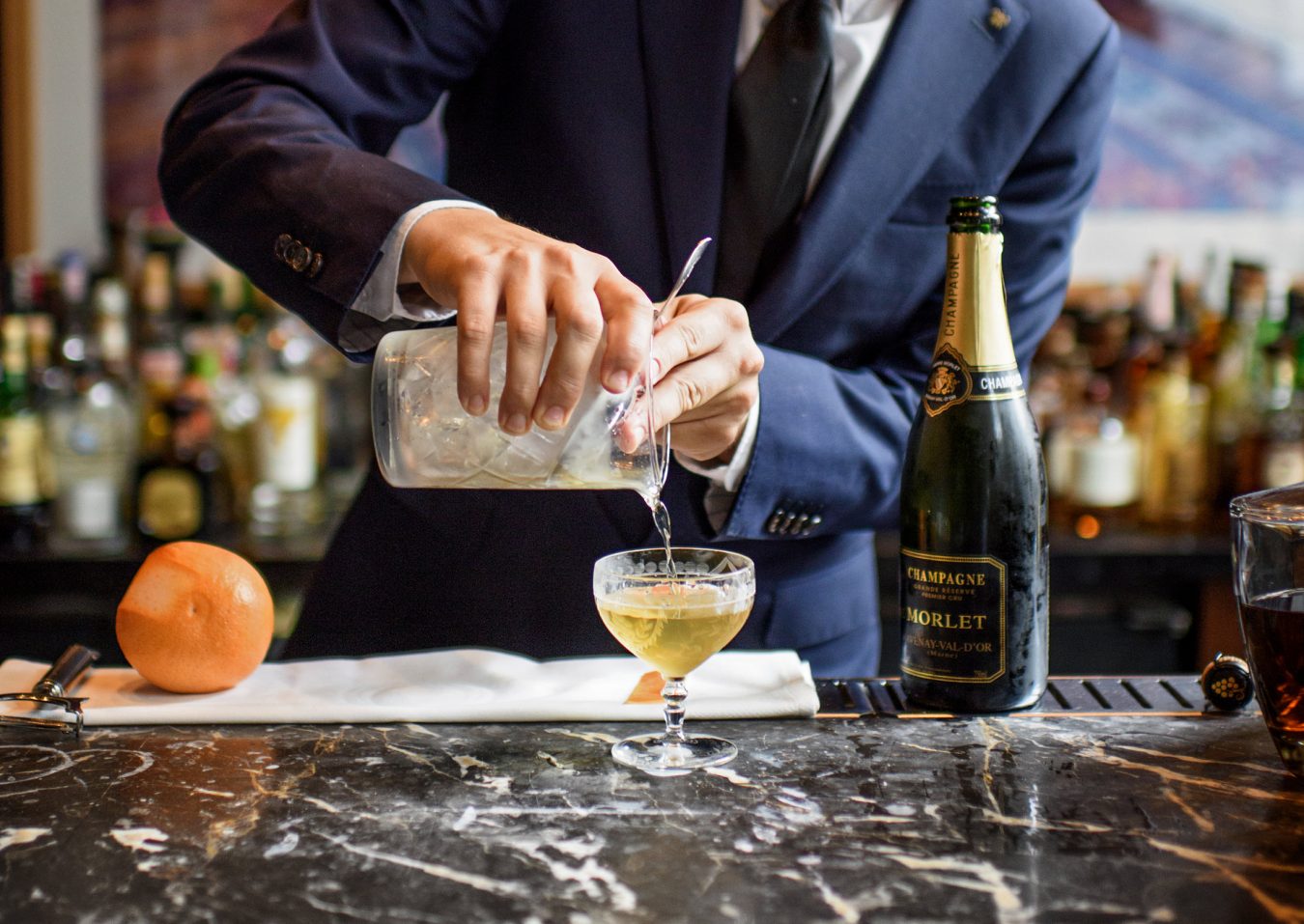 When it comes to cocktails, San Francisco has long been at the forefront of innovation. This city has a cocktail history dating back to the 1800s; in modern day, local bartenders were doing sherry cocktail menus years before anything similar could be found in New York, while pioneers such as Scott Beattie literally defined produce-driven drinks here over a decade ago. The city is a true leader of the craft drink renaissance.

It makes sense, then, that the ever more common use of salt in cocktails would first go “next level” in San Francisco. As with food, salt is crucial for drink balance; it ties together disparate flavours and makes shy ingredients pop. And while bartenders have long called on salt to unify a cocktail, most use it, well, straight-up.

But not Michael Kudra.

Three Michelin-starred Quince is one of San Francisco’s many renowned restaurants, famed for its chef Michael Tusk’s exquisite dishes and for its world-class wine list. Enter Kudra, a bartender from Chicago’s eminent Aviary who moved to San Francisco in 2017 to take over Quince’s bar, where he developed a strong focus on craft saline solutions and local ingredients.

With rare vintage spirits (heavy on Italian amari, vermouth, and grappa) at his disposal, Kudra has ushered in a new era of Quince cocktails, making the bar as much of a destination as the restaurant. He artfully marries San Francisco’s forward-thinking mindset with the techniques of Aviary’s molecular kitchen. One could argue it’s easy to wow with hard-to-find liquor and exciting equipment like Quince’s new liquid nitrogen machine or centrifuge, but Kudra has also built and honed an entire saline solution library, using the concoctions in creative drinks—from a gin and tonic (try a regular one next to his saline-enhanced version for a clear lesson on the taste difference) to a cereal milk-washed cocktail with Japanese buckwheat tea.

Kudra makes solutions out of Himalayan pink salt, black volcanic salt, matcha salt, smoked bourbon barrel salt, and even his own blend of salts that staff have dubbed Michael’s Tears. As with cocktails in general, balance is everything when it comes to these mixes, and that is why Kudra moves beyond the common one-to-one ratios that bartenders often use. “People oversaturate water with salt. My ratio is always around 80 millilitres to 20 grams of salt,” he explains. “I do not cook it, I actually blitz it in a Vitamix. I like those natural components—so if you cook it, you’re actually changing the complexity of the water. I like grinding down the salt. It should always settle at the bottom, so I actually shake the salt up.”

When travelling, as he did recently in Hawaii, Kudra brings back a range of salts for further experimentation. “Salt was currency. It preserved everything,” he explains. “We forget how important it is. Yet it’s so simple. And simplicity is crucial to cocktails. Once you start overcomplicating things, that’s when things can go off. I feel salt can bring it back.”

Taking an almost scientific approach to his recipes, Kudra toys with ice and dilution; dehydrates wood for months and infuses it in syrups; creates his own robust bitters; and steeps the restaurant farm’s cherries in booze for garnishes. He has been blown away by the quality and range of California produce, using only Bay Area ingredients—many of them also from Quince’s farm. He is even playing with local citrus, letting fresh-squeezed juices sit for hours to smooth out the acidity in his drinks. While wine pairings at Quince remain fantastic, Kudra has made cocktail pairings just as exciting. Take, for example, pairing a warm lemon verbena dessert souffle with a dry, herbaceous potion of St. George Terroir Gin, Genepy des Alpes, Champagne, lemon verbena, and citric acid.

In the imbibing world, even seemingly unassuming basics can change the game. Kudra has taken something from the everyday and made it versatile, exciting, and new. “I look at bartending as an art,” he explains. “Something you can push forward.” Like with cooking, sometimes all a drink recipe needs is a little salt.