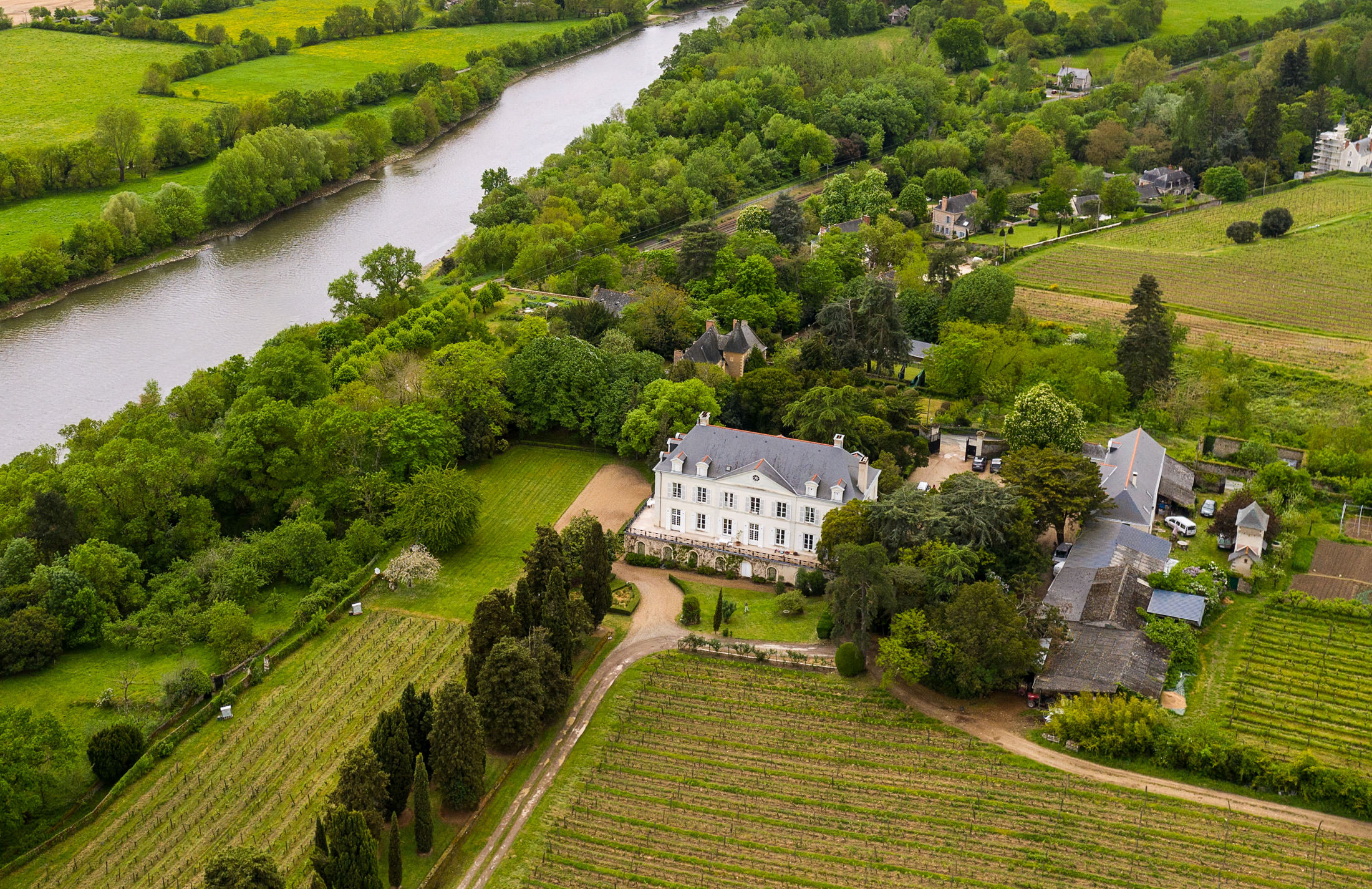 There are good reasons why many of the world’s established winemaking regions are located alongside waterways. A once-necessary aid to commerce, trade, and transport, water also supplies nourishment to the soil and helps moderate the climate of the surrounding land.

The Loire Valley may be just one of France’s majestic winemaking regions, but it is unique in its distinctly lateral west-to-east formation from the Atlantic, along the Loire River (and its tributaries), before pulsing into the heart of France, south of Paris. The Romans planted vines around the valley as early as the fifth century, but the wine market truly began to flourish between the 15th and 18th centuries, when enterprising Dutch traders realized that the river provided them with the ability to move wine to the port of Nantes, where it was then transported across the Atlantic.

By the late 1800s, when—thanks to a pest called phylloxera, which decimated virtually all of Europe’s vines—the region was being replanted, farmers were able to pinpoint the grapes best suited to the Loire’s cool climate. Consequently, the region became one of the most diverse in the country, making all shades and genres of wine from a dozen varietals. 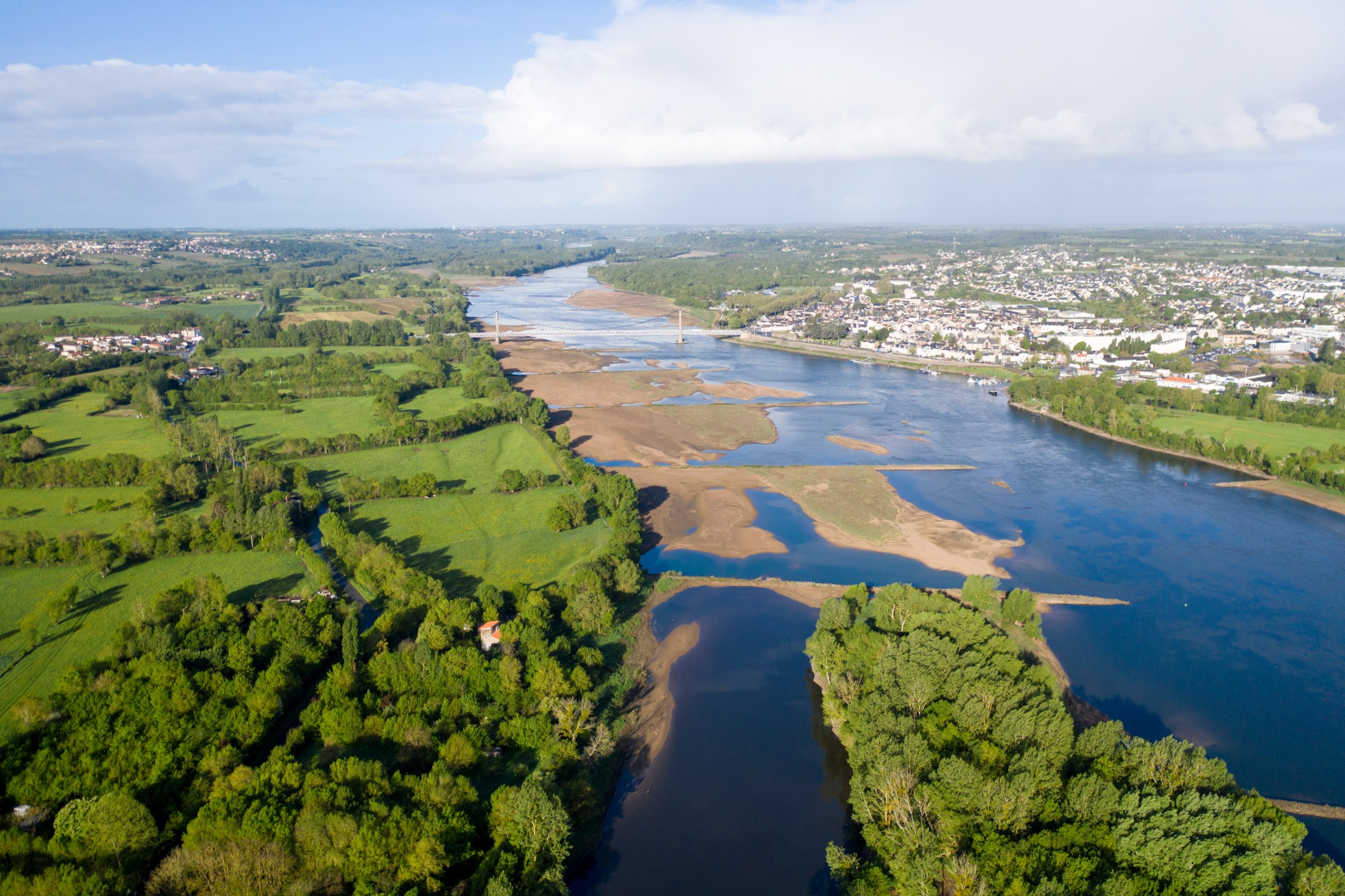 Aerial shot of the Loire Valley. Photo by Osmany Tavares/Courtesy of Interloire.

The sprawling length of the valley is parsed into four main growing regions, which are subdivided into 51 smaller appellations. The four main zones begin with Nantes (at the region’s western-most point), followed by Anjou-Saumur, Touraine, and in central France, Centre-Loire. The Nantes muscadets, with their salty minerality, pair perfectly with Atlantic seafood, especially the fresh oysters farmed on the coast. In Anjou-Saumur, the colours of the wine evolve from pale straw to golden, and blushing pink to ruby. Here, chenin blanc and cabernet franc are victorious in all their dry, sweet, and sparkling manifestations.

Near the city of Angers, in the commune of Savennières in Anjou-Saumur, one of the Loire’s most famous producers, Nicolas Joly, owns Coulée de Serrant—an exclusive estate on a tiny (seven-hectare) Appellation d’origine protégée (AOP).

A pioneer of biodynamic viticulture, Joly has been an ambassador and educator in the realm of natural farming for decades. Standing in a 12th-century monastery on his historic estate, Joly explains his philosophy that the best—and healthiest—wine is made in the vineyard, without chemicals or commercial yeasts for fermentation.

“Farming should be free,” he insists. “You have all you need in the vineyard to cure disease. You should never fight disease, but you need to know the disease. Fighting it means you are going on the defensive.

“The key,” he adds, “is to make sure the wine is expressing local originality.” The complex, ethereal, and age-worthy Coulée de Serrant chenin blancs only support his argument.

Neighbouring Touraine has more winemaking freedom within its borders. Among the allowed varieties are chenin blanc, sauvignon blanc, cot (malbec), cabernet franc, gamay, and grolleau. The wines from here come in sparkling, rosé, dry, and sweet versions. Slightly adrift, the most easterly zone, Centre-Loire, is widely recognized for its pungent sauvignon blancs, which make up nearly 81 per cent of the vines in the region. Other grapes planted there are pinot noir, gamay, pinot gris, and chasselas.

Canada is an increasingly important market for the Loire Valley and, equally, the cuisines we lean toward, such as seafood, are solid partners for Loire wines. In B.C., our thriving locavore tendencies and strong Pacific Rim influences are perfectly suited to the Loire’s tangy sauvignon blancs, honeyed chenin blancs, juicy gamays, and earthy cabernet francs. Our love affair with pink and effervescent wines makes the region’s plentiful rosé and sparkling crémant de Loire offerings more than welcome.