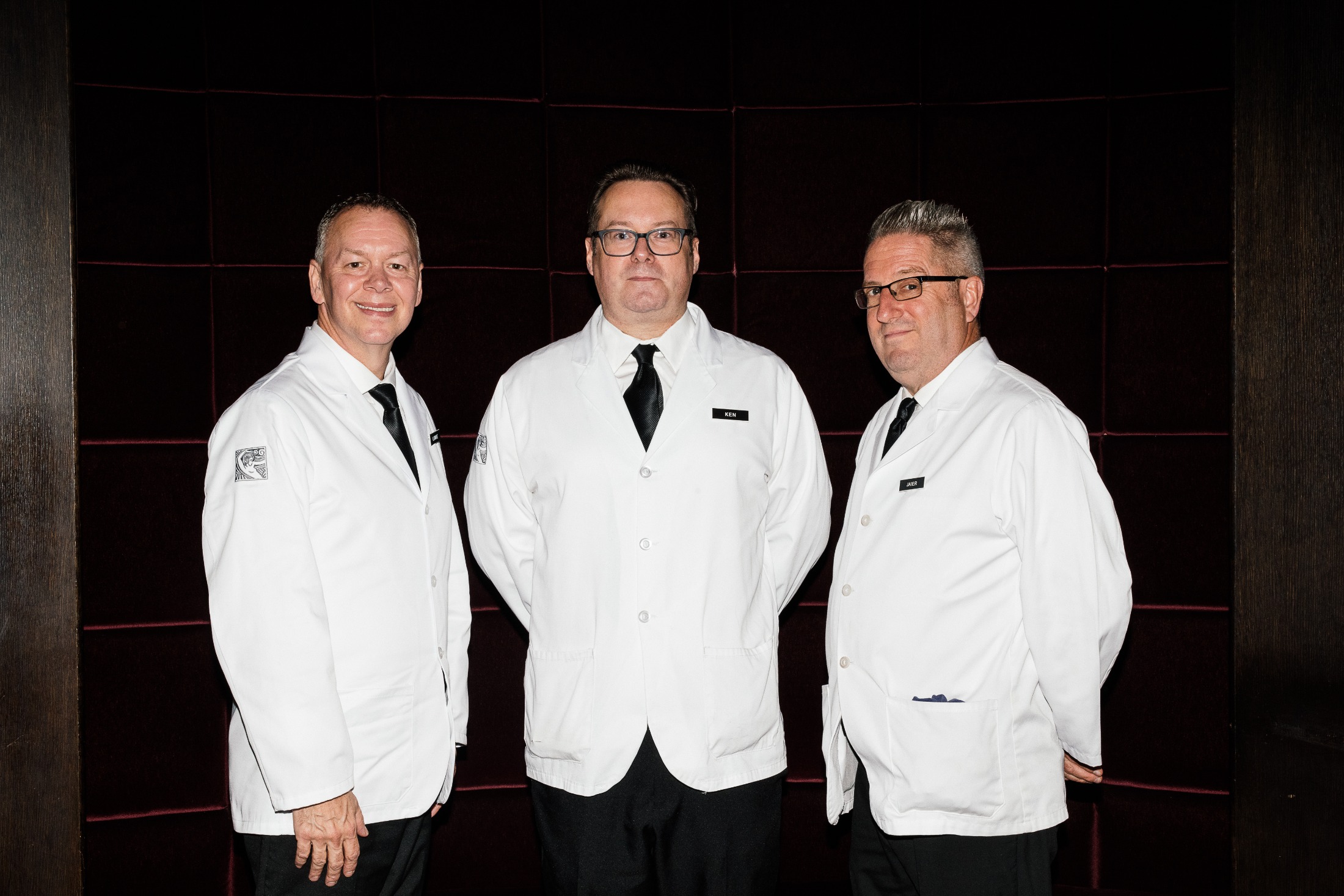 “May I make a suggestion? Perhaps a half portion of each?”

Apparently our inability to compromise between fries or onion rings has come to the attention of our server. Apart from a brief sojourn at the Shore Club (a former sister restaurant), Ken Saunders has worked at Gotham Steakhouse & Bar since it opened, 20 years ago. When he explains the best temperature to serve a bone-in rib-eye steak, it’s worth paying attention: he knows what you want better than you know it yourself.

A steakhouse is not a regular restaurant—it comes with a certain attitude. It’s where you go when you want something comforting, familiar, and precise. The perfect Martini, a great bottle of red. And once you know exactly how you like your steak, that’s exactly what you want. Every time. No wonder the best steakhouses have a serious tally of regular clientele, and at Gotham, that means diners who have been booking tables for two decades. More surprising is the number of the restaurant’s staff who’ve been right there with them: at least 15 team members can count 15 years or more at the Seymour Street institution. 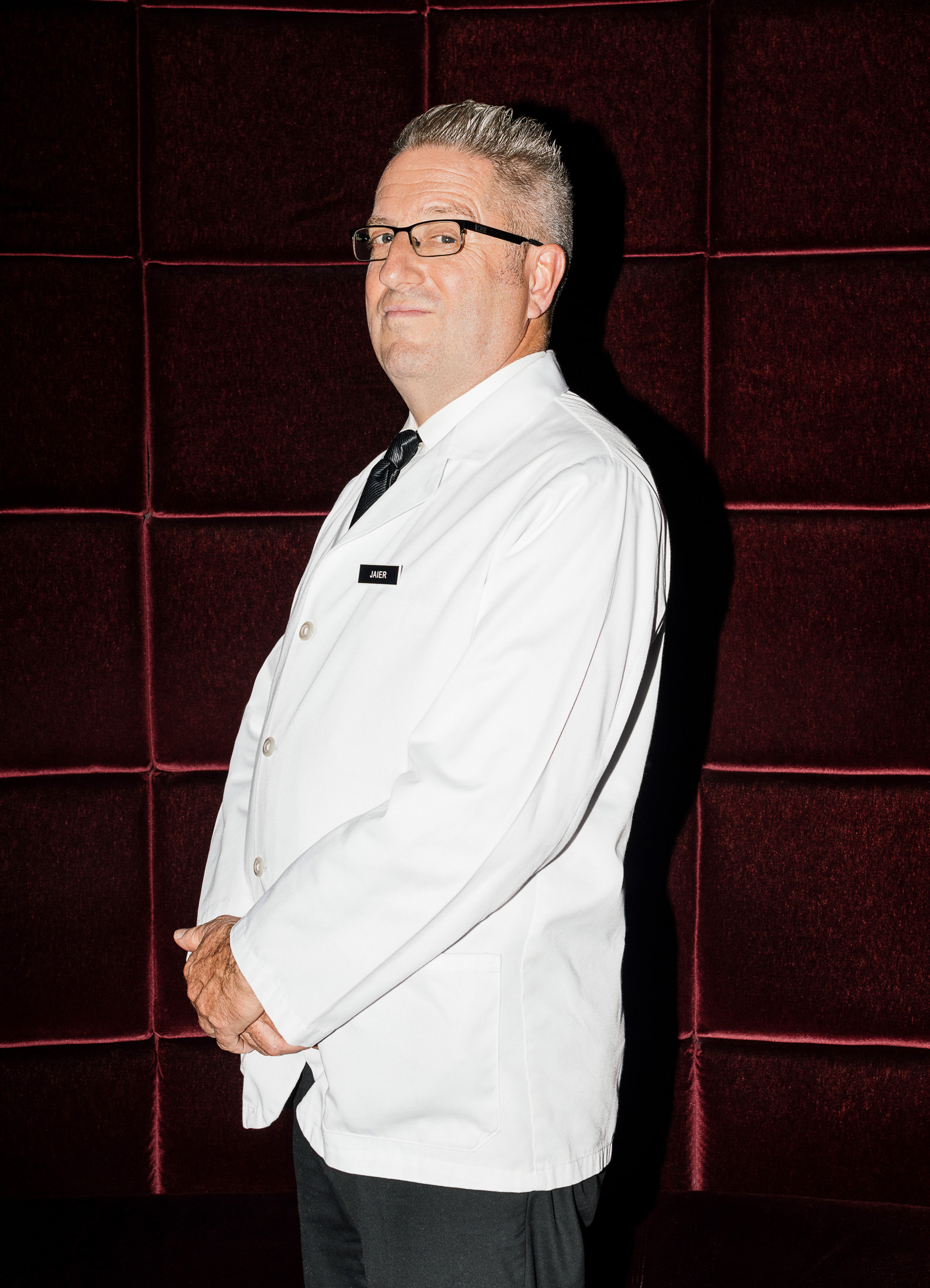 Jaier Vlessing has been with Gotham Steakhouse & Bar for 20 years.

“Why would we leave?” Jaier Vlessing, a 20-year veteran, counters when I return to the restaurant for a pre-service chat with Saunders and two of the other long-time wait staff. “Having been here since the beginning, we have established ourselves,” the 60-year-old server adds. “We take care of their business, and they take care of us. Once you find a really good restaurant to work in, why would you go anywhere else?”

Fellow Gotham original Lonnie Hall credits the company culture. Owned by the Aisenstat family, Gotham is part of Hy’s of Canada, a Canadian restaurant group that began in 1955 with the opening of the first Hy’s Steakhouse in Calgary, and most recently, in October of this year, saw the launch of a new flagship on Toronto’s Bay Street.

“There’s a Hy’s culture,” Hall insists. “It’s about family and we are treated well. That’s why we are allowed to get old here.” 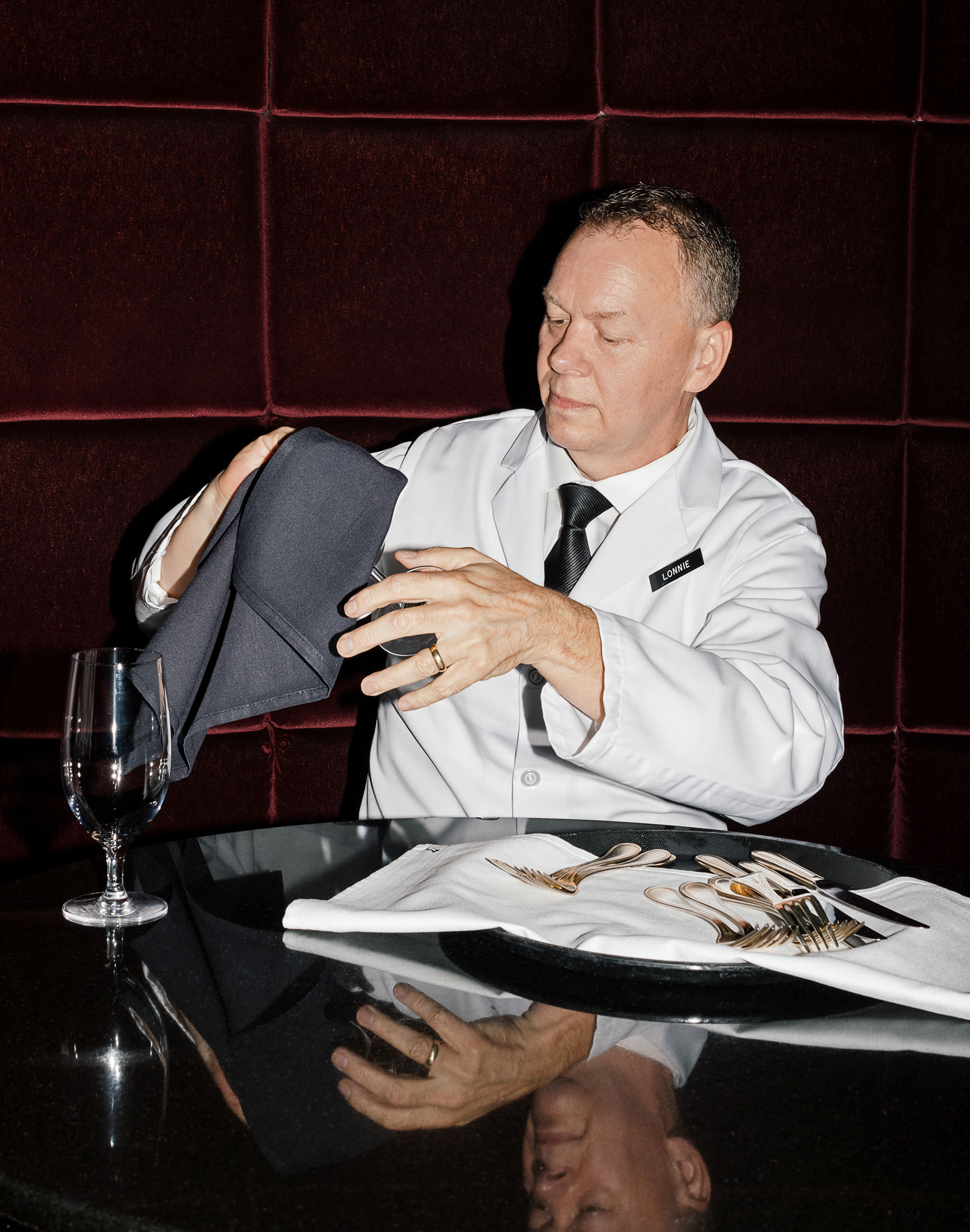 Lonnie Hall has been with Gotham Steakhouse & Bar since it opened.

The chief operating officer of Hy’s of Canada, Megan Buckley, entered the company as Gotham’s general manager, charged with staffing and setting up the new downtown room. “I knew that I wanted it to be an institution,” she recalls when we meet a few days later at the restaurant. “We needed to be a bit aggressive, with more personality, and more expectation. It was going to be expensive; our guests would be well-heeled.”

She instituted clear direction from the start: managers would be engaged—chefs would work the line, floor managers would be on the floor—not operating from inside an office. Schedules were fixed for fairness and stability. Communication would be a priority, with staff kept informed, and their input not only solicited, but their expertise recognized and respected. And teamwork: this would not be a space where servers worked in silos, only taking care of their section.

“A lot of restaurants talk about teamwork, but we really reinforced it and practised it,” she notes. “I wanted an environment where we look after one another, and it worked: they didn’t want to let each other down, they egged each other on, and they became stronger.”

Money, she notes, is important, but will only go so far to keep staff. “They want to be treated well. They want to know there’s not a revolving door in management, or at least that the manager knows their own mind and doesn’t say one thing one day, another the next.” She sighs, adding, “That’s notorious in our industry. This is a profession, and we should all be professional.” 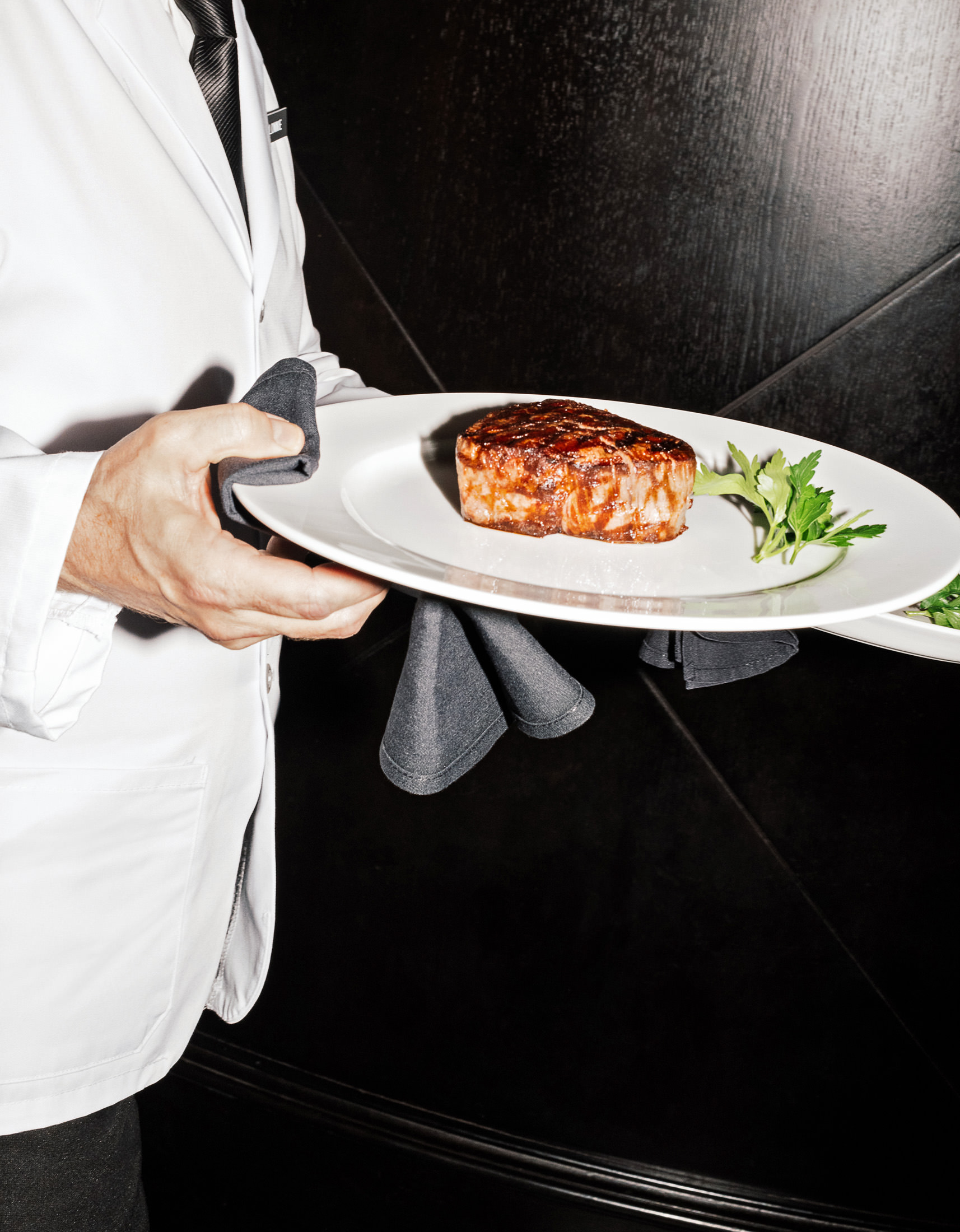 Although she says that employee expectations have changed a lot in 20 years, Buckley still welcomes her new staff in the same way. “I’ve always told new hires—and I still do—that I hope they will be with us forever.”

She handpicked each of the wait staff I meet. “I deliberately put together an eclectic group,” she explains. “I don’t want a bunch of robots repeating the same phrase at every table—I really don’t want that. I want them to put his or her own spin on it.”

Though she now travels a great deal (she spent a lot of time this past year in Toronto, overseeing the new Hy’s), she says Gotham is home. “When I’m in town, I’m in here a lot. I walk through, I hang out in the back, have staff dinner with everyone…

“I’m very proud of the longevity I have with these people; they are colleagues and they are friends. I value them, and their expertise. Treating the staff well, and truly appreciating them is my favourite part of what I do. No question.

“They are what has made Gotham the success that it is.”