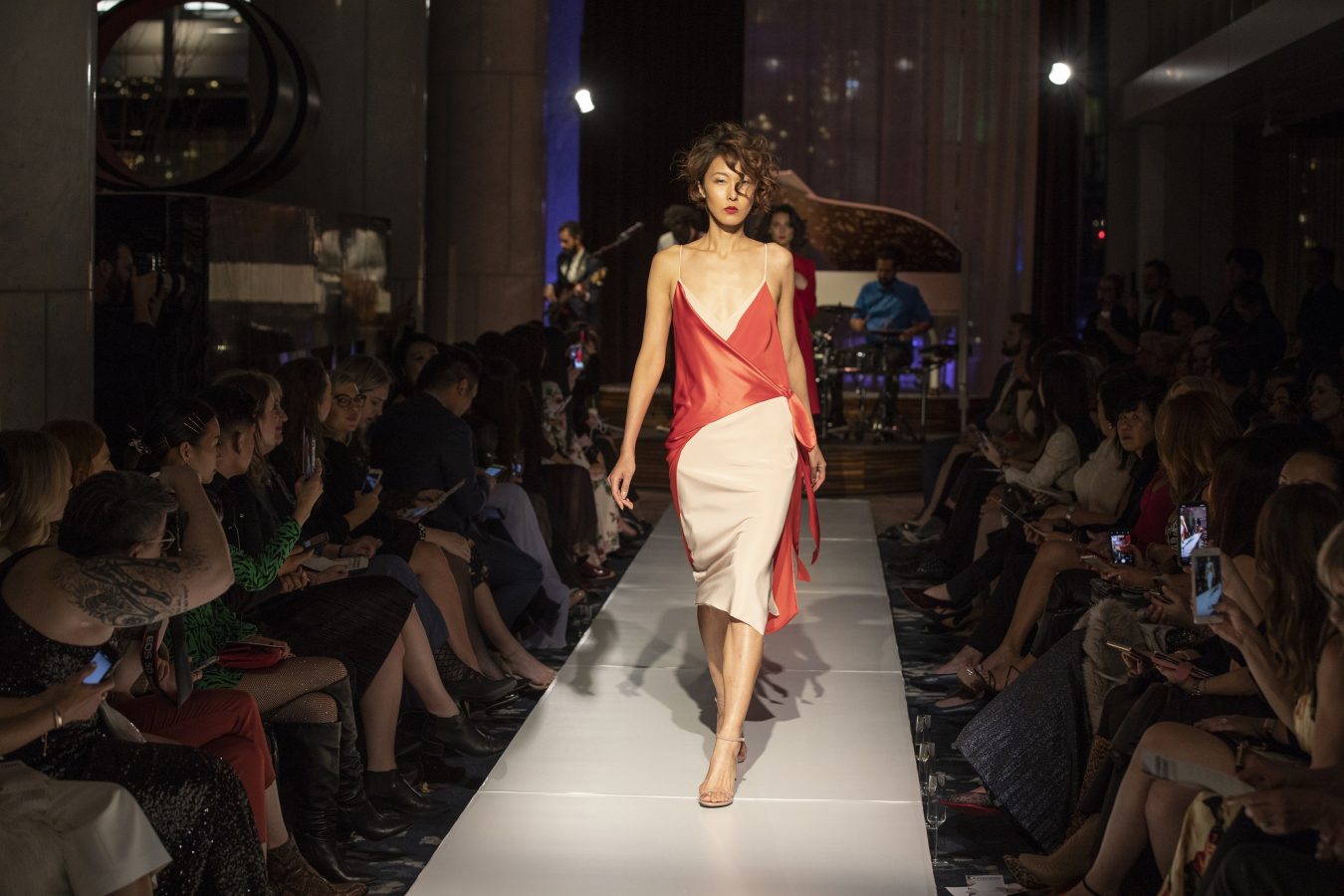 A model walks the runway at the Vancouver Fairmont Pacific Rim. Photo by The Collective You.

As a sign of the times, I browsed online for hours last night because, if there’s one thing we mercifully don’t have to social distance from, it’s our digital devices. I happened to be ogling a newly released 2020 summer fashion line and homed in on a raffia-trimmed summer purse. It was quintessentially cute, Instagram-ready, and already on sale to boot—I couldn’t afford not to buy it! Except, weirdly, the last thing I wanted to do was actually buy it.

First, where would I use said purse if we’re all still sequestered come July? Second, I’ve been feeling a lightness in my fuzzy-slippered step ever since I’ve been Marie Kondo-ing my closets. And third, with its sale tag, I couldn’t help but wonder about fashion’s endless cycle and how that purse happened to be on sale before it even had a chance to make the sartorial e-circuit on influencers’ arms.

Turns out, everyone else seems to be thinking the same thing. It’s not as if we hadn’t questioned the fashion industry’s relentless pace before; it’s just that now we all have time for reflection. For all the devastation that the virus has wrought, it’s collectively afforded us pause for thought—an opportunity to press reset—including for those entrenched in the behemoth industry itself.

In Canada alone, the average person throws away 81 pounds of textiles each year. While many point the finger at the rise of fast fashion, it’s not entirely to blame. High-end designers have also long lamented the backbreaking cycle of having to meet seasonal targets, runway deadlines, and other forces that conspire to sap them of the ability to just sit at a table and think creatively. Their creations, too, end up on sale racks at the end of the season to make way for the wave of new collections taking their place. Fall/winter, spring/summer, pre-fall, resort collections, couture collections, and the list seems to endlessly go on. 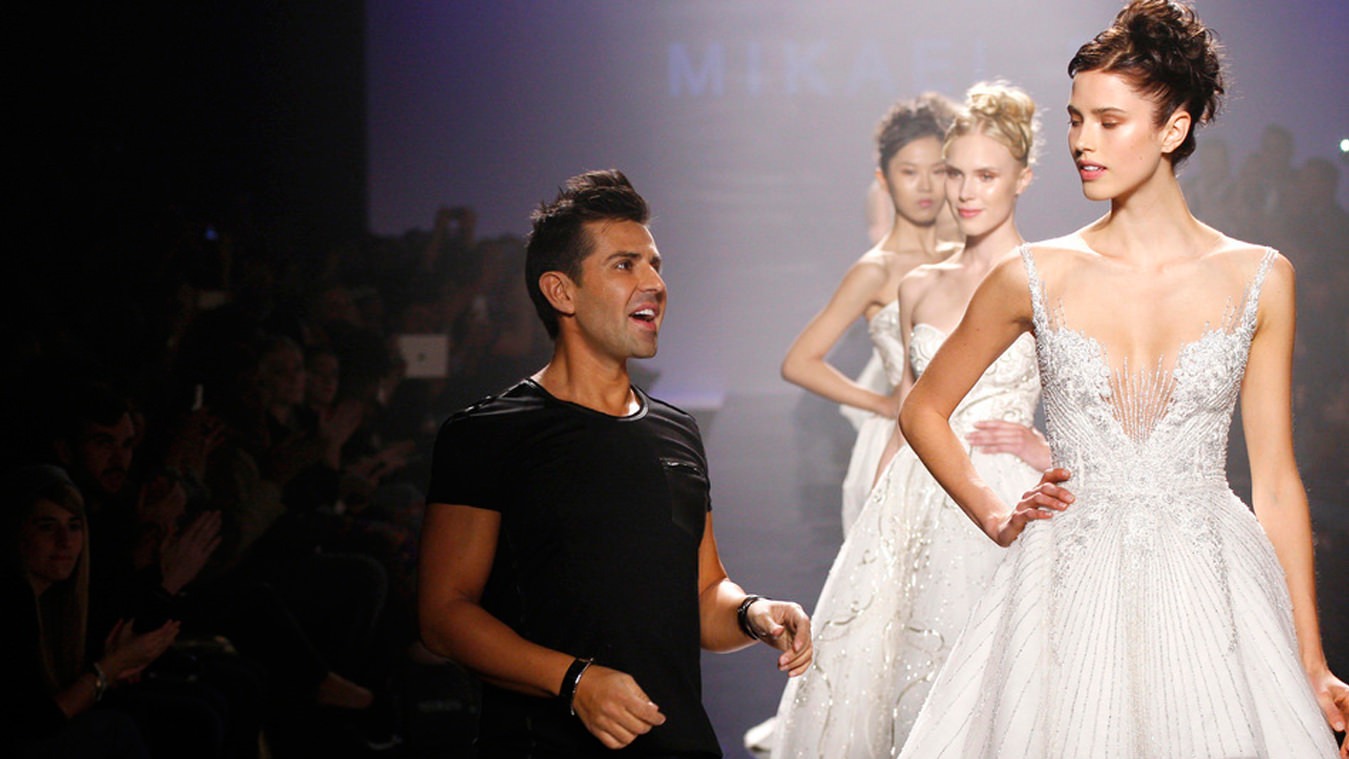 One of the first iconic fashion houses to jump off the hamster wheel was Kering-owned Saint Laurent. In an end-of-April press release, the brand released a statement:

“Conscious of the current circumstance and its waves of radical change, Saint Laurent has decided to take control of its pace and reshape its schedule. Now more than ever, the brand will lead its own rhythm, legitimating the value of time and connecting with people globally by getting closer to them in their own space and lives.

Instead of typically showing at Paris Fashion Week in spring and fall, the French fashion line will now move to its own rhythm. What that rhythm is remains to be seen, but it’s cataclysmic to the usual way of doing business.

Change was already in the works prior to this announcement. The British Fashion Council had indicated that it would move June’s London Fashion Week online, ultimately taking most menswear collections with it. (And this time, the men’s collection will be merged with the women’s, creating a gender neutral runway and an opportunity to test run something that might ordinarily not be permitted in real time on stage.)

Earlier in April, Vogue also launched its Global Conversations (by Zoom, of course) as a platform for editors, designers, and fashion industry executives to muse about the evolving fashion landscape post-coronavirus. Designer Olivier Rousteing of Balmain and Cédric Charbit, CEO of Balenciaga, discussed the opportunity to now make fashion more inclusive (think 600 guests at a traditional fashion show versus 8,000 on YouTube or 60,000 on Instagram), while Chloé’s creative director, Natacha Ramsay-Levi, reflected on the idea of a complete industry overhaul.

“We are putting on the market too many products for quick deliveries. There’s always this ask of novelty, novelty, novelty, all the time—I think we need to rethink the way we buy the collections,” she said.

In another Global Conversation, Valentino’s Pierpaolo Piccioli waxed about fashion’s current moment and the opportunity to dream. “I think in the last decade we’ve produced a lot of stuff.…You don’t really connect with stuff; you can connect with people through emotions,” he said. “I think that fashion is something that is about your idea of beauty relating to the time that we’re living.…It has to do with dreams, emotions, poetry, lightness.”

In other words, this is the fashion industry’s opportunity to return to its roots as imaginative craft, as vehicle to dream. 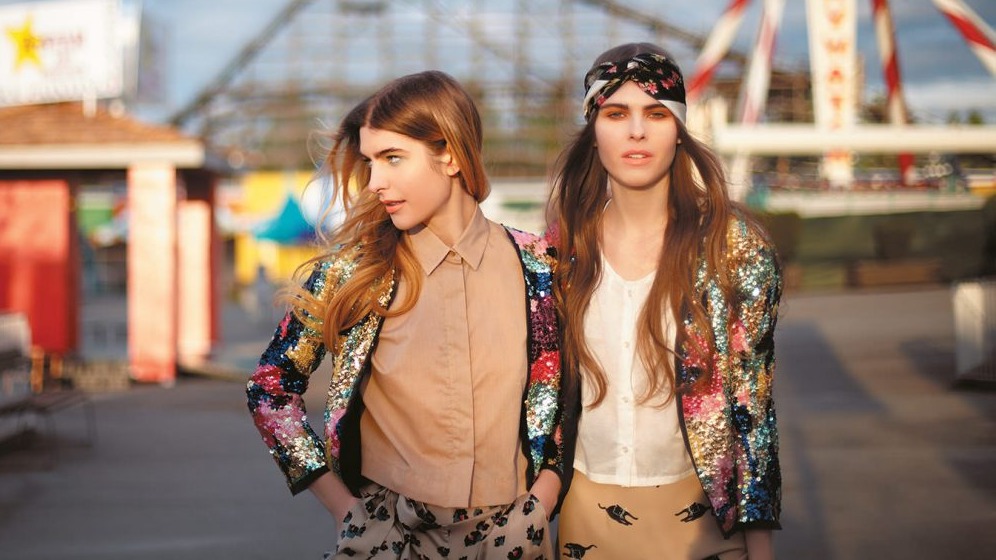 But dreams don’t always pay the bills; fashion brands are also wrestling with how to reclaim that ethereal creative process while still making it a viable business for themselves or their investors. That means a concrete post-COVID plan—and buy-in from everyone.

The group’s open letter calls for the industry to realign fashion deliveries with real seasons to avoid drastic markdowns. Fall/winter collections stay in stores during actual fall and winter (meaning you can still buy a winter coat in January rather than face a raft of spring resortwear), while spring/summer collections would remain in the store February to July. End-of-season sales would look more like what France does—government-mandated sales for a short two- or three-week period, rather than aggressive year-long discounts that encourage consumers’ relentless buying of cheaper clothes and designers’ never-ending fill quotas.

As a result, would we, like, Europe, fall in line with a “fewer, better things” ethos in our closets? Whether Europeans just don’t have the space for massive walk-in closets like North Americans, or they’re just accustomed to paying more for select items, the very idea frees up designers to create better designs to sell at their true cost while addressing the industry’s sustainability crisis—all the while retooling consumers’ views on what they need and want.

“Ultimately we have to look at a system where mass production isn’t the way to make things, [and imagine one in which] we can make garments on demand,” designer Iris van Herpen told Vogue. “I foresee a system that is sort of in between haute couture and ready-to-wear, so that products can be customized more [using] new technologies like 3D printing.”

Ultimately, it’s a model that imagines a world where clothes can be made on demand, which addresses systemic sustainability issues but also frees up designers from the demands of those unrealistic fashion calendars. 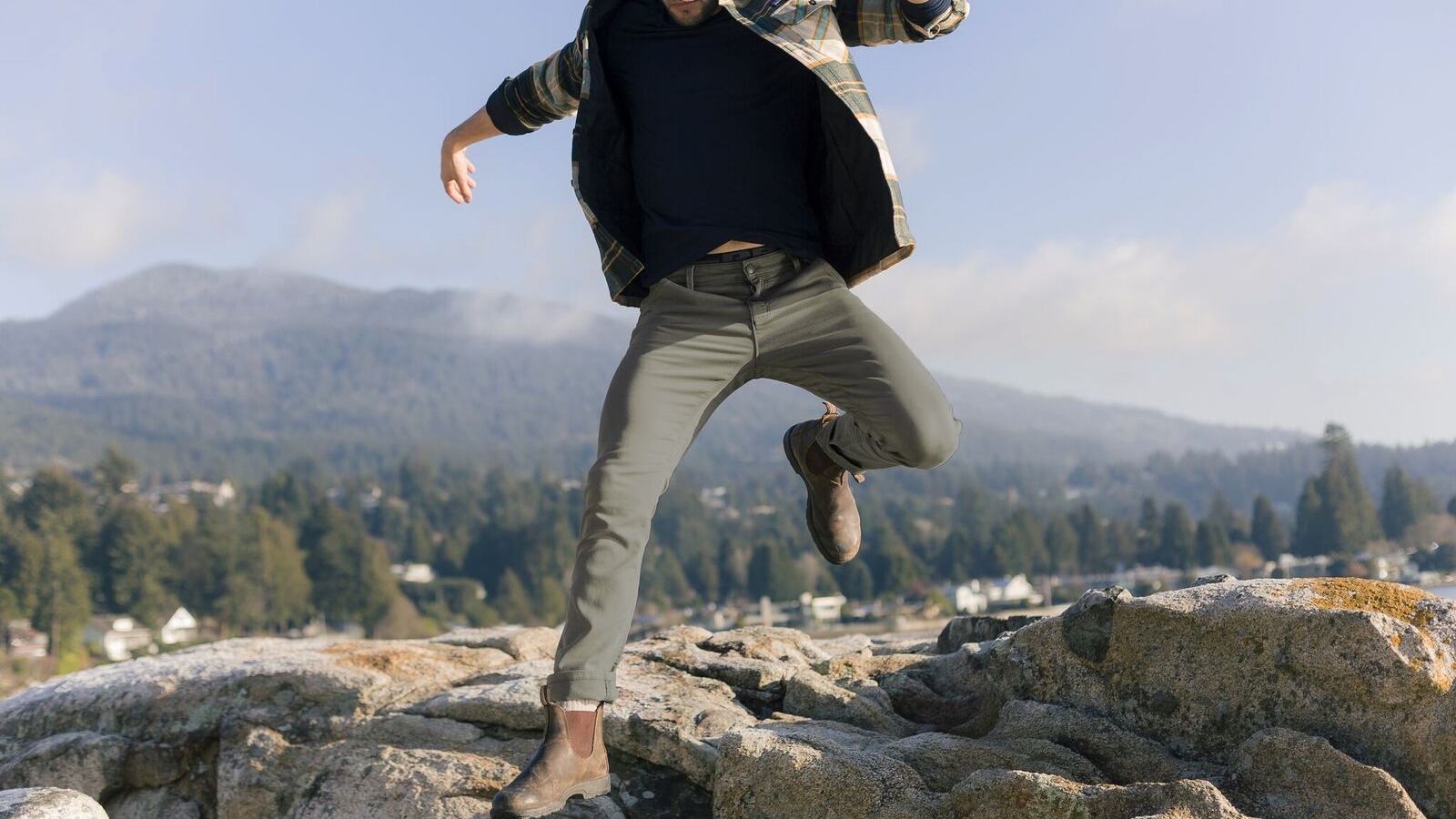 Because the true cost of the clothing industry is felt by all, even here in our own green city. “Twelve dollars for an Egyptian cotton shirt is not the true cost of that shirt,” explains Gary Lenett, founder of Vancouver’s DUER jeans. “The energy it took to make it, the fuel it took to get it transported around the world, the pollution—think about the carbon footprint—then someone wears it three times and throws it out.”

Lenett, who pioneered the city’s cult-fave jeans that feel more like stretchy yoga pants than work denim, says losing 75 per cent of his revenue in less than a week from the pandemic makes this the perfect moment to launch an idea he’s been incubating: Next by DUER—or small-batch crowd-sourced jeans.

It’s less wasteful and more economical: with Next the company gauges demand first and then produces exactly what’s needed, after customers pre-purchase the designs they want. No inventory expenses, no pricey marketing campaigns or advertising costs, and no waste in a sales bin. Next launched the first of four new designs last week, and already the collection is three-quarters funded from eager buyers willing to wait for their perfect pants (and shorts) to be produced.

Lenett adds it’s an idea that has legs for both small scale and large scale as Amazon’s the Drop shows. The Drop brings you of-the-moment collections designed by popular influencers around the world. Once a collection launches online, you have 30 hours to shop—or less if fabrics are limited. Each piece is then made on demand, just for you.

The time is ripe for reimagining fashion that might truly benefit everyone—the designers, the consumers, and a company’s bottom line. Whether consumers will shift their shopping habits to accommodate a completely retooled landscape remains to be seen—whether it’s buying fewer, better things or simply waiting longer for the perfect pair of jeans to arrive by post. Either way, Anna Wintour says, “These conversations are a chance for us to come together, connect, and remind ourselves that we are a global community.”

So back to that purse. Do I really want it? Two months ago, I would have bought it. Now, with an abundance of time to survey my groaning closet (turns out, I already have a straw summer purse!), I’ve had time to focus on what’s important (the planet’s health and, more importantly, the health of its inhabitants) and I’ve also had time to think about pieces that will last a lifetime instead.

In the end I decided to buy a more expensive Dries Van Noten blazer from Bacci’s as a way to support not only the designer who, in turn, employs 20 embroiderers, but also a local retailer who’s been in business for 35 years striving to bring thoughtful lines to our city. The jacket needed tailoring so I’ll have to wait a week for my less-than-instant gratification. But I’m okay with that. And therein lies the key to fashion’s future.