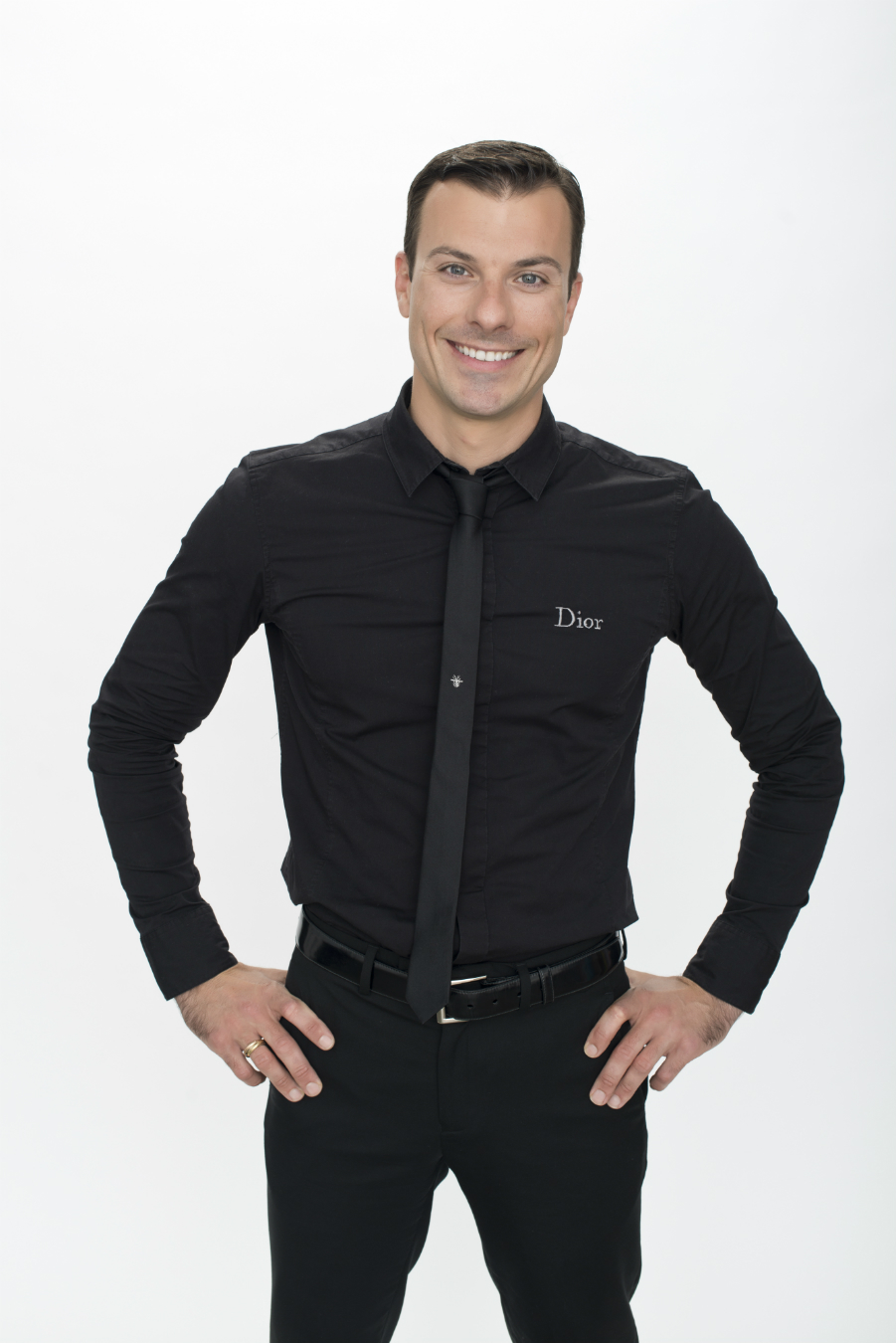 Dressed in a sleek dark suit and crisp white shirt, Pascal Grand’Maison stands holding a microphone, encouraging everyone around him to close their eyes and sniff. As a western-twanged composition plays in the background, each person follows his direction, taking in the broken-down fragrance notes of Sauvage, the latest Dior scent for men. “What do you smell?” he asks with a French-Canadian accent. “What emotions do you feel?”

The women who answer back aren’t customers—they’re employees. Before a brand gets the public excited about new merchandise, it’s the staff that must fall in love with it. And as Dior’s education manager for Western Canada, Grand’Maison’s job is to ensure that happens. One of only eight Dior education executives in North America, he spends his time relaying his product knowledge to the people selling on the floor of department store booths and boutiques in Saskatchewan, Alberta, and British Columbia every day. “You need to be self-aware of what the industry is about,” he says of his role. “You need to keep yourself in the form of what your company is doing, of course, but also of what else is going on in the industry.”

Part of this ability is taught, certainly (Grand’Maison attends week-long education seminars for major product launches, and is in constant collaborative contact with his counterparts in other markets) but part of it is also native to him and his inherent understanding of, and appreciation for, the brand. “I share the values of Mr. Dior,” says Grand’Maison. “He said his dream was not only to make women more beautiful, but also happier. For me, women are always on a pedestal.”

Born in Québec, he started out working for Dior as a makeup artist—a skill that came naturally to him. After two years, he moved into his educational role, and is now based in Vancouver (“I told my family I’ve traded my shovel for an umbrella!”). His roots are firmly planted in the brand, and when asked, “Why Dior?” he makes no hesitation. “I like that Christian Dior was a reactionary to the era that he lived in,” Grand’Maison says. “It was post-war Paris in the forties—people were sad and there was no money, so the Parisian ladies could not dress up. [Dior] wanted to bring the femininity back, but also the les joies de vivre, the sort of happiness of Paris. And he did it. He truly revolutionized the fashion at the time, and these days, we still talk about Christian Dior because of those values.”

The technicalities and technologies of every Dior cosmetic and fragrance product are important, but overall, Grand’Maison focuses on the bigger vision. It’s less about a list of ingredients and more about a list of emotions: “What is it, who is it for, and what does it do?” And this is where he excels, not just relaying the answers but making sure they are truly understood, ingrained. It is quite something to see Grand’Maison in action, poised and approachable, making jokes, keeping it light, but all the while truly educating, getting across the purpose and essence of a new creation. As he talks, his audience vigorously nods along in agreement—it’s the proverbial “Amen!” from the pews in the Church of Dior, and it’s hard not to come out a believer.