Errett Cord was transforming Auburn Auto, emphasizing styling and technology, when he launched his eponymous car brand, Cord Automobile Corporation, in 1929. Never destined to rival the major auto companies, Cord nonetheless made an impression, and in 1935, he was given the challenge of building a bulletproof car for then-United States Democratic senator for Louisiana Huey Long.

Why bulletproof? Senator Long, very vocal, larger than life, and in some ways the inspiration for the lead character in Robert Penn Warren’s masterful novel All the King’s Men, was a strong advocate for education for all citizens, and was a staunch supporter of President Roosevelt, who was making inroads into a fully integrated America. Certain right-wing factions in Louisiana took exception, and Long’s life was considered at risk—hence the special, government-commissioned Cord. In fact, Long was assassinated before the car was completed.

After decades in storage, with almost no mileage on the car, Chilliwack businessman and collector Gary Morgan was “looking for a Cord, any Cord, and found an ad in a Louisiana newspaper.” He eventually purchased the vehicle, in 1984, and found out only later about its history. “It was pretty amazing, really,” says Morgan. “I was just happy to have found one, and then when we discovered its provenance, we were thrilled. And of course, its value went up!” 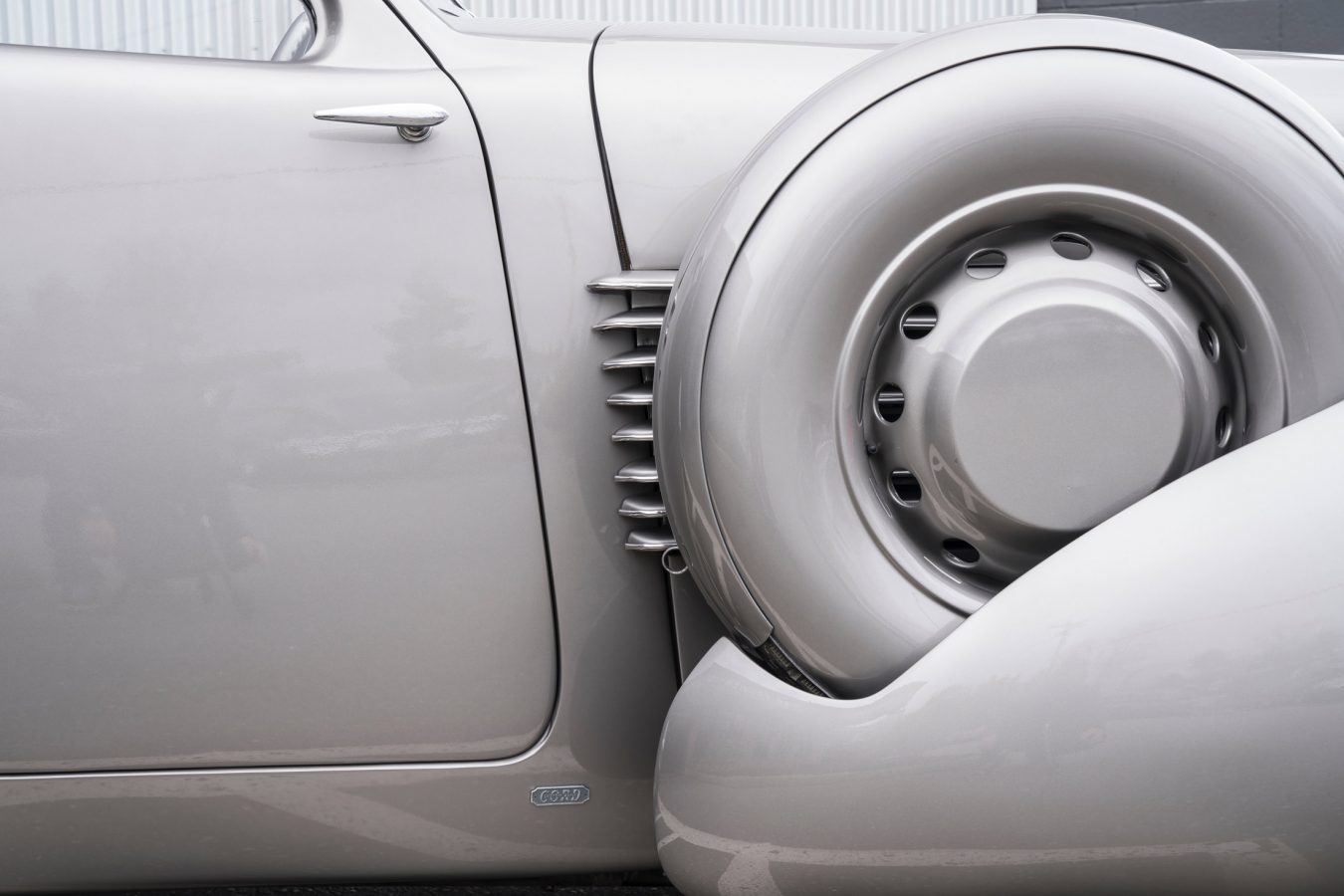 Morgan spent the subsequent years working very slowly and steadily on a full restoration: “I worked on it pretty regularly, when I could devote time, but there was so much detail work, and not much in the way of original photos or artwork I could reference.”

Complicating things immeasurably was the fact that this Cord had 18 automotive firsts, not to mention the bulletproofing panels. Such things as the unibody design, disappearing headlights, electric gear shift, no visible hinges on the outside of the car, and even a concealed gas cap, made the restoration process an exercise in research as much as anything.

“The more you work on it,” says Morgan, “the more amazing the car is.”

After an unfortunate series of strokes, Morgan could no longer ably work on the car, so he decided to have it completed by Daryl Francoeur and his team at 360 Fabrication in Abbotsford. “This is what we live for,” Francoeur says. “It is a dream project, and it had plenty of challenges. There were so few actual reference points, we like to say it was like doing a jigsaw puzzle without a visual reference.”

It was completely re-built by hand, 360 Fabrication finally finishing what Morgan had painstakingly worked on for over 30 years. And though you might not want to take it on a road trip to Calgary, it is in fact road-ready, and Morgan has had the pleasure of partaking in a quick ride. “All that bulletproofing, those steel panels, make this car incredibly heavy. I’m not sure anyone these days would want to drive it very far,” he says, halfway smiling. But it sure looks good.

The restored Huey Long Cord made its public debut at the 2017 Vancouver International Auto Show. Morgan says, simply, that “the car is a significant part of history. It’s good that people can actually see it, and with the fine workmanship Daryl and his people put in, the car looks as good as new.”

This story from our archives was originally published in our Winter 2017 issue. Read more of our favourite Transportation stories.