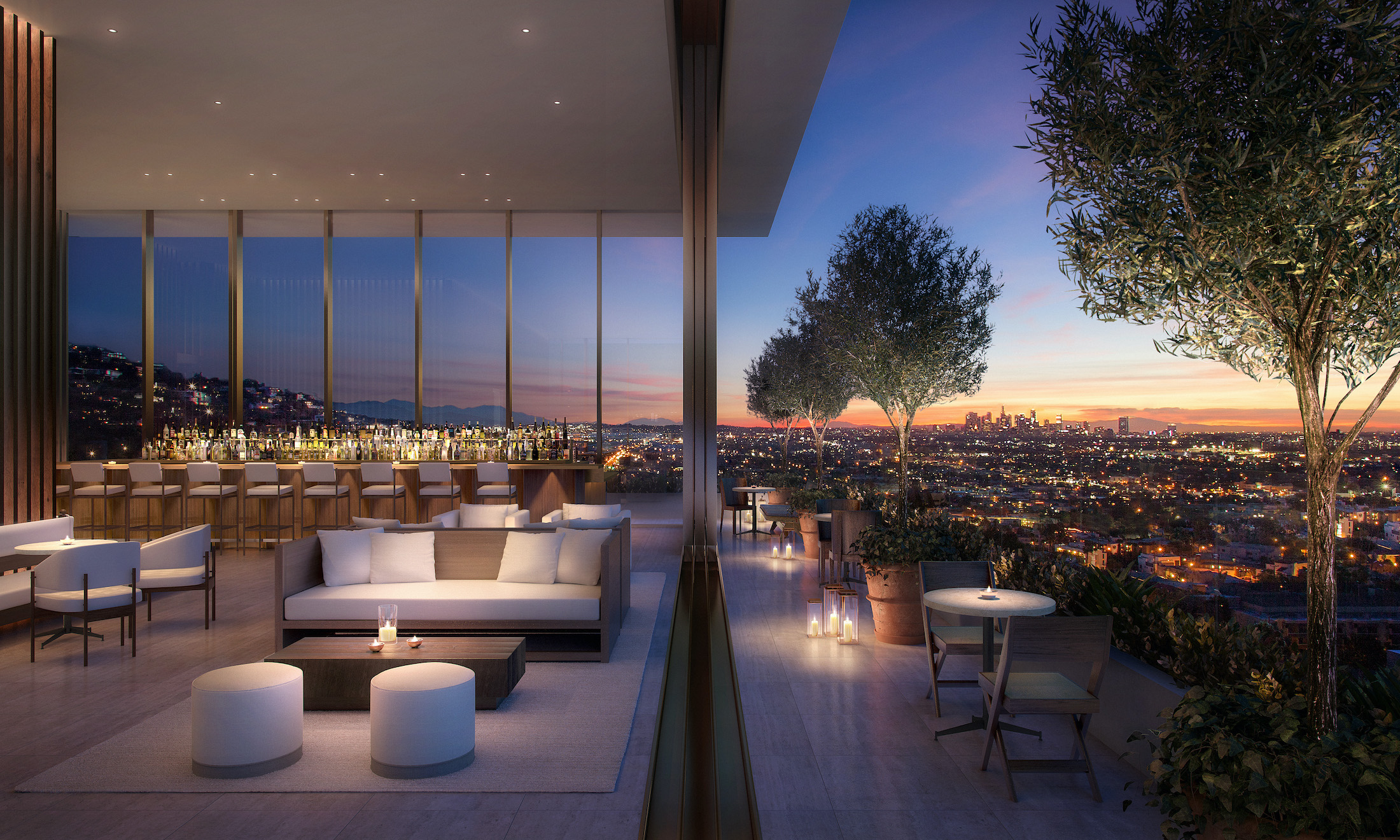 Historically, West Hollywood is where the who’s who of Los Angeles—celebrities, old money, artists—flocked to party before going back to their tony houses in the hills. It is home to the club-filled Sunset Strip, after all, as well as fun-loving Santa Monica Boulevard and rooftop patios aplenty.

These days, you can still find raucous parties and rub shoulders with rock stars, but like many privileged pockets of L.A., West Hollywood—which is 4.9 square kilometres sandwiched between Walk of Fame star–lined Hollywood and mansion-filled Beverly Hills—has been painted with the avocado-hued brush of the wellness movement. And, in signature style, they’ve made it a lot of fun.

You can replace tequila shots with turmeric shots, indulge in gourmet vegetarian restaurants, or book into some unique health treatments after a few hours of retail therapy. Billed as one of California’s most walkable cities, WeHo also boasts a world-class Design District, has the largest LGBTQ+ community in L.A., and is a veritable playground for countless celebs. Upon checking in for a weekend, it’s best to treat yourself like one too—sparkling kombucha cocktail optional, but recommended.

With a dramatic lemon-yellow pool table anchoring its lobby, the West Hollywood Edition opened last fall and became the talk of West Hollywood’s hotel scene. The property, a partnership between Ian Schrager and Marriott International, boasts stellar skyline views from the succulent-studded suite balconies, while a neutral palette in the rooms spells effortless serenity. Take an elevator up to the terraced deck of The Roof restaurant to find the buzz of business deals being made over lobster tacos and mezcal cocktails. 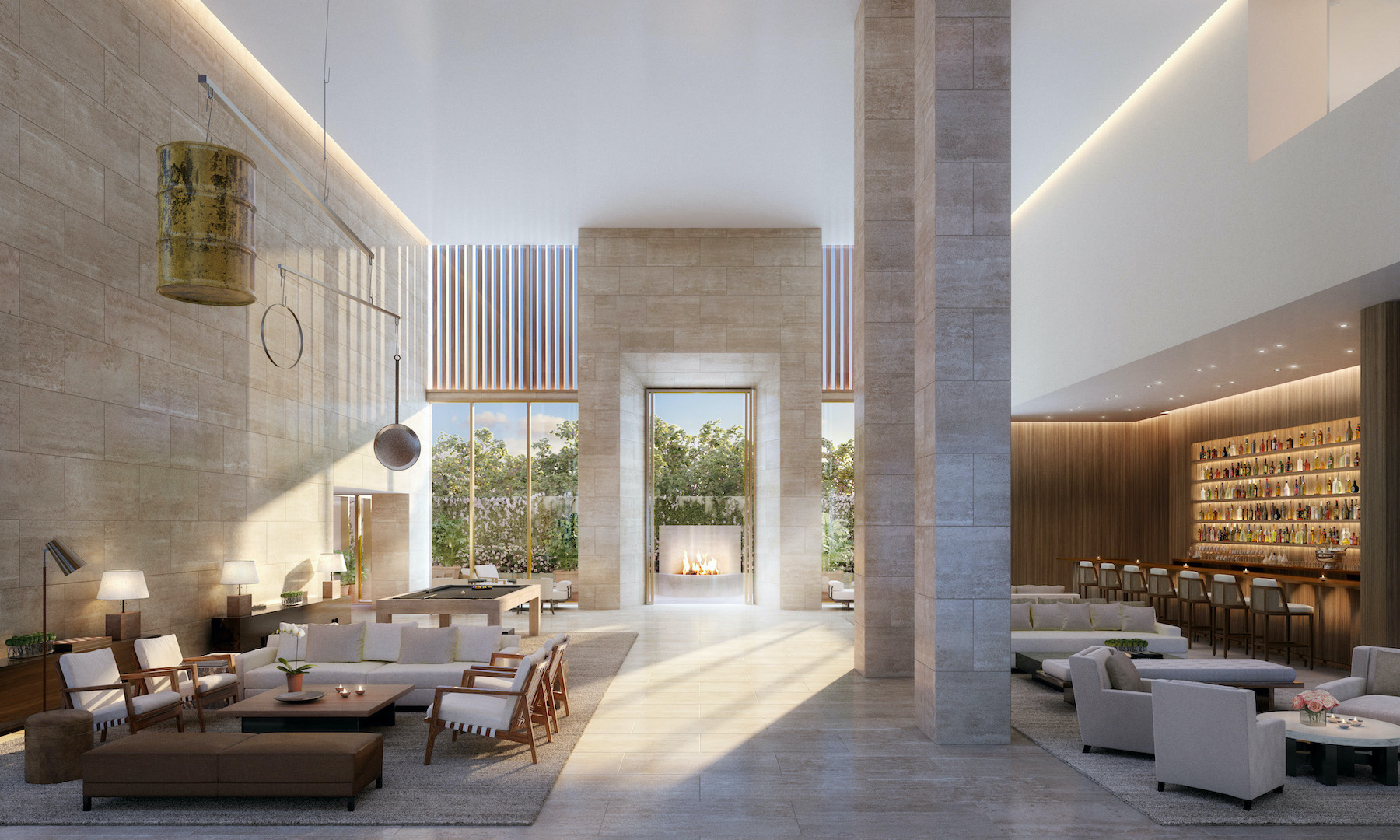 A moss wall shaped like the Hollywood sign greets all who enter the luxe 1 Hotel West Hollywood, which opened last spring with sustainability on the mind. This can be seen in the “do not disturb” rocks that guests may place outside their doors, carpets crafted from recycled bottles, and an hourglass built into the shower for self-timing usage. For those more inclined towards subtle celebrity-spotting, book into the less contemporary but wildly iconic Sunset Marquis (rock stars and musicians) or Sunset Tower (movie stars and fashion editors) hotels, both also located on the Sunset Strip.

It’s easy to consume three avocados by midday without even noticing in WeHo, and the best way to start is at the Edition’s vegetable-forward Ardor with a thick slice of sesame seed–studded avocado toast. Follow it with a lunch of Supergreen Caesar salad from Toronto’s Fresh, an acclaimed vegetarian joint that opened here last year, and take a “botanical latte” to go—one anti-inflammatory option blends up organic cold-pressed turmeric root with ginger, black pepper, and oat milk.

Enter the inner courtyard at Pump to a fantasyland of fairy lights and beautiful people swilling cocktails and slicing into grilled skirt steak and creamy seafood pasta. Opened by reality TV star Lisa Vanderpump (The Real Housewives of Beverly Hills and Vanderpump Rules), the hot-spot is one of three establishments co-owned by Vanderpump, and it draws a see-and-be-seen crowd of revellers, including the shows’ stars. 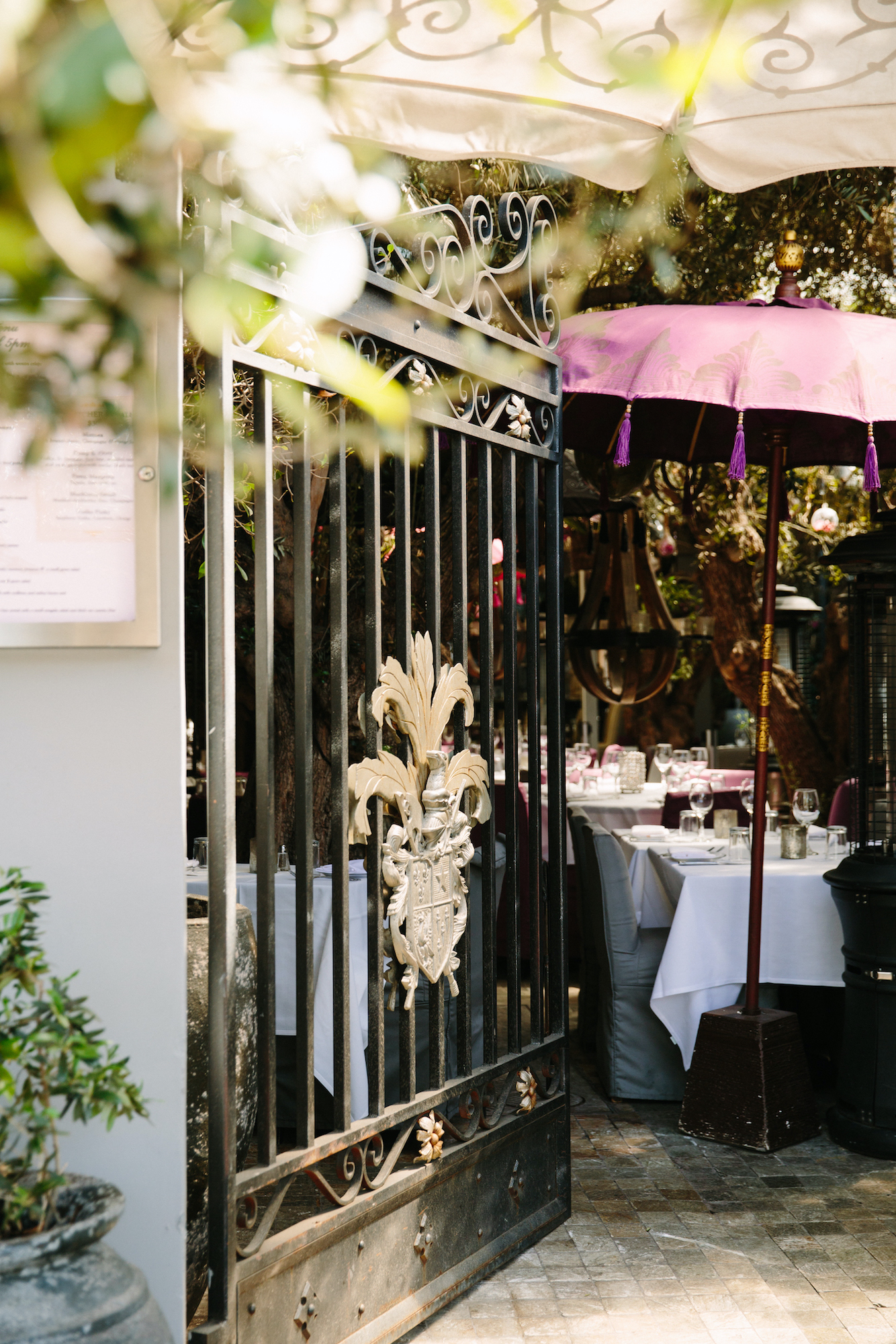 Over on Melrose Avenue, Gracias Madre is the go-to for vegan Mexican cuisine, and a perfect post-shop stop for some enchiladas verde on their olive-tree-lined patio. For a sweet stop, head down the street to Gelato Festival, helmed by Italian gelato makers who compete worldwide. Here, you can handcraft cherry chocolate gelato in their Medici Classroom, or simply pop in for a scoop of their most popular gelato, Dolce Vita—a silky blend of dulce de leche and Nutella.

A fleet of e-bikes makes the pedalling easy with Bikes and Hikes LA, which specializes in guided tours that roll past ex-A-list dwellings, such as the house Marilyn Monroe shared with Joe DiMaggio, and a hillside estate once owned by Elvis Presley. Expertly led by guides like Erik Hines—who’ll whip off his bicycle at every red light to explain the history of the surrounding streets—some other tour highlights include visiting Beverly Hills’ Greystone Mansion, where hundreds of feature films and music videos have been shot; biking straight down opulent Rodeo Drive alongside Ferraris and Teslas; and stopping at 100-year-old Barney’s Beanery, where Quentin Tarantino ate the same lunch every day while he was writing Reservoir Dogs. (He lived next door.) 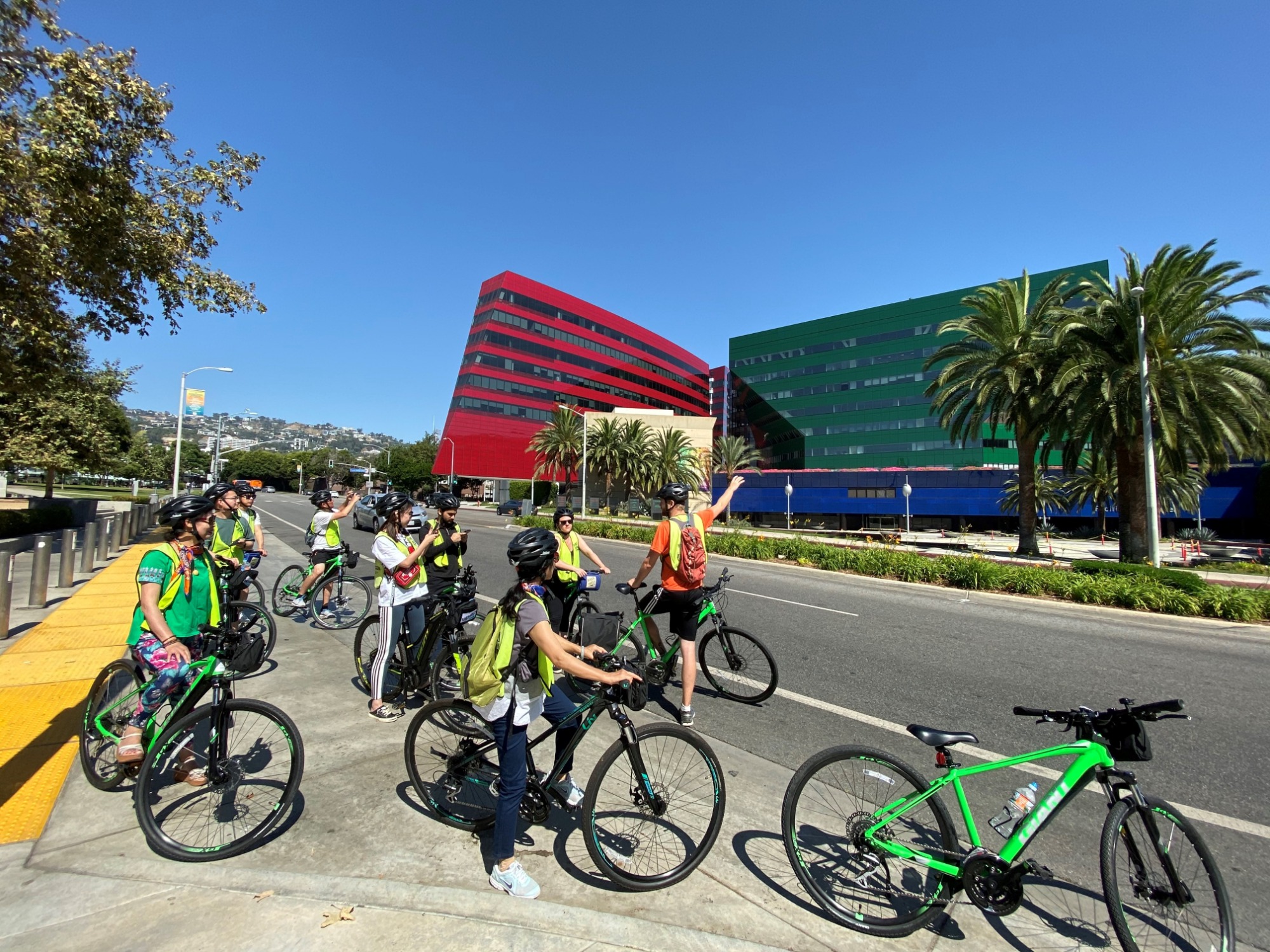 Stroll over to the Design District for luxury shopping at boutiques like Christian Louboutin, Rag & Bone, and Maxfield (ground zero for some stellar pop-ups), and be sure to check the event listings for the 1.6 million-square-foot Pacific Design Center, open to the public and made up of three futuristic buildings that house the international showrooms for nearly 100 furnishing, fabric, and industrial design brands. As for the urban design of WeHo itself, all new developments are required to have an art component during construction, and a public benefit of some sort (such as a rooftop garden) following, making for some wonderful public art displays to break up the countless billboards promoting films.

Two floors below the old-world lobby of the famed Sunset Tower Hotel is where you’ll find one of the best facials in town. The intimate, nondescript Joanna Vargas spa is where celebrities flock before hitting the red carpet for their signature Triple Crown Facial, a non-invasive pampering treatment that some have dubbed “a natural facelift”. (Vargas herself travels from New York to L.A. monthly to personally service her West Coast clients.) It begins with a thorough microdermabrasion, followed by a cleanser and a mask treatment to revitalize the skin. Next, a microcurrent is buzzed over the face for a tightening and de-puffing effect. The treatment finishes with a cool breeze of hydrating oxygen infused with green tea, hyaluronic acid, and aloe. Pro tip: throw in a foot massage while you’re at it. 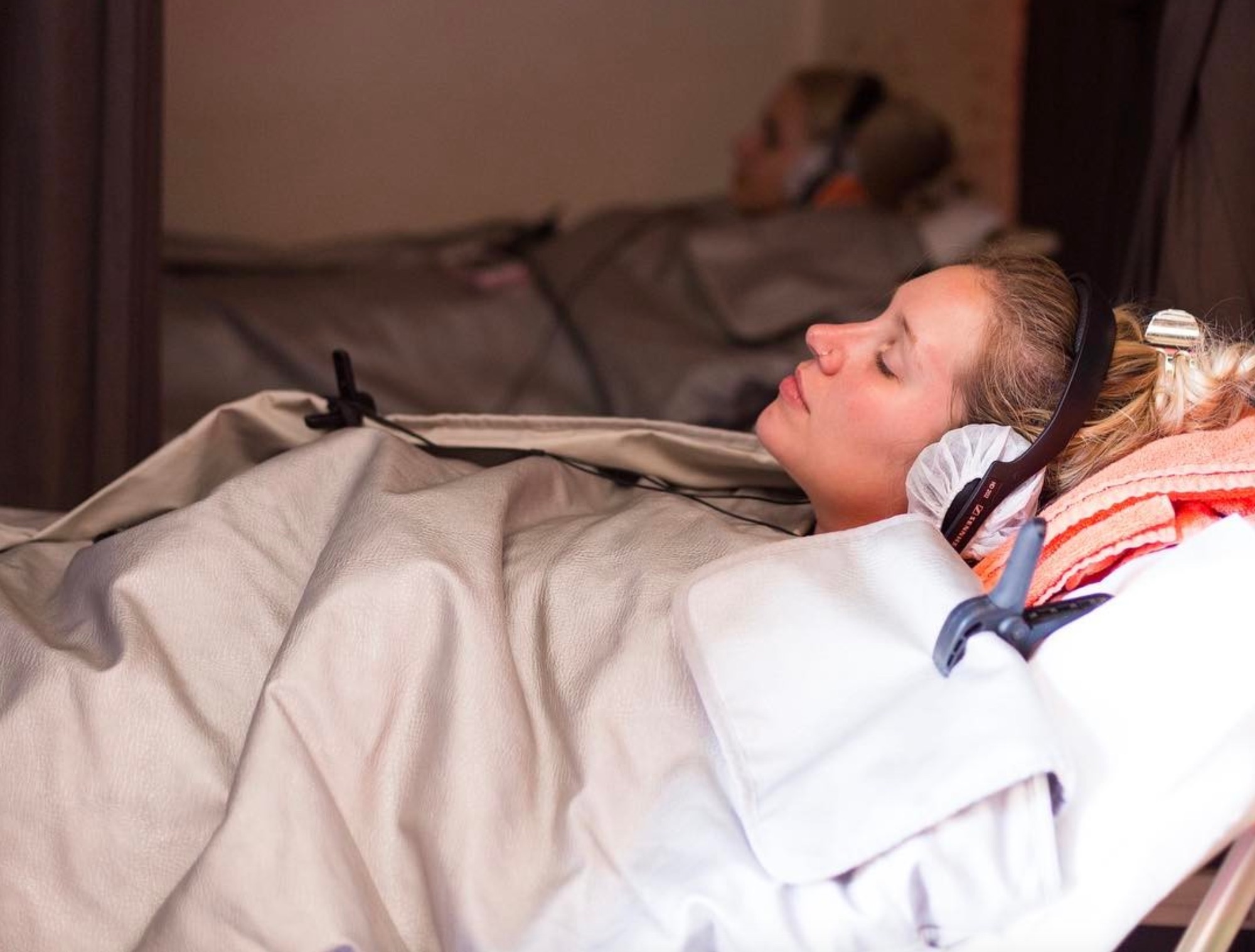 Check into something so very L.A. at self-dubbed “urban sweat lodge” Shape House. A 55-minute treatment will start with a practitioner tucking you into a hot blanket like a burrito, and giving you carte blanche over the TV screen installed in front of you, before leaving you to sweat inside cotton pajamas. As your body temperature rises the sweat starts to pour out, helping with skin care, stress management, and fitness acclimation. The last 15 minutes is the most challenging but the most effective, and you’re fed fresh orange slices to revitalize before floating euphorically out onto the street.

Where to Go Out

Though the punk rock grittiness of the area may be a thing of the past, many of West Hollywood’s story-filled landmarks have survived. Tap into some nostalgic haunts on the Sunset Strip, such as Whisky a Go Go, the birthplace of go-go dancing which has hosted the likes of Led Zeppelin and the Doors throughout the ages, or The Viper Room, which was a Hollywood-elite favourite haunt, and used to be partly owned by Johnny Depp. Cap off a night at Rainbow Bar and Grill with a toast to Marilyn Monroe, who once went on a blind date with Joe DiMaggio here (under its previous name, Villa Nova), and was also a heavy-metal favourite of members of Guns N’ Roses and Mötley Crüe in the 1980s. 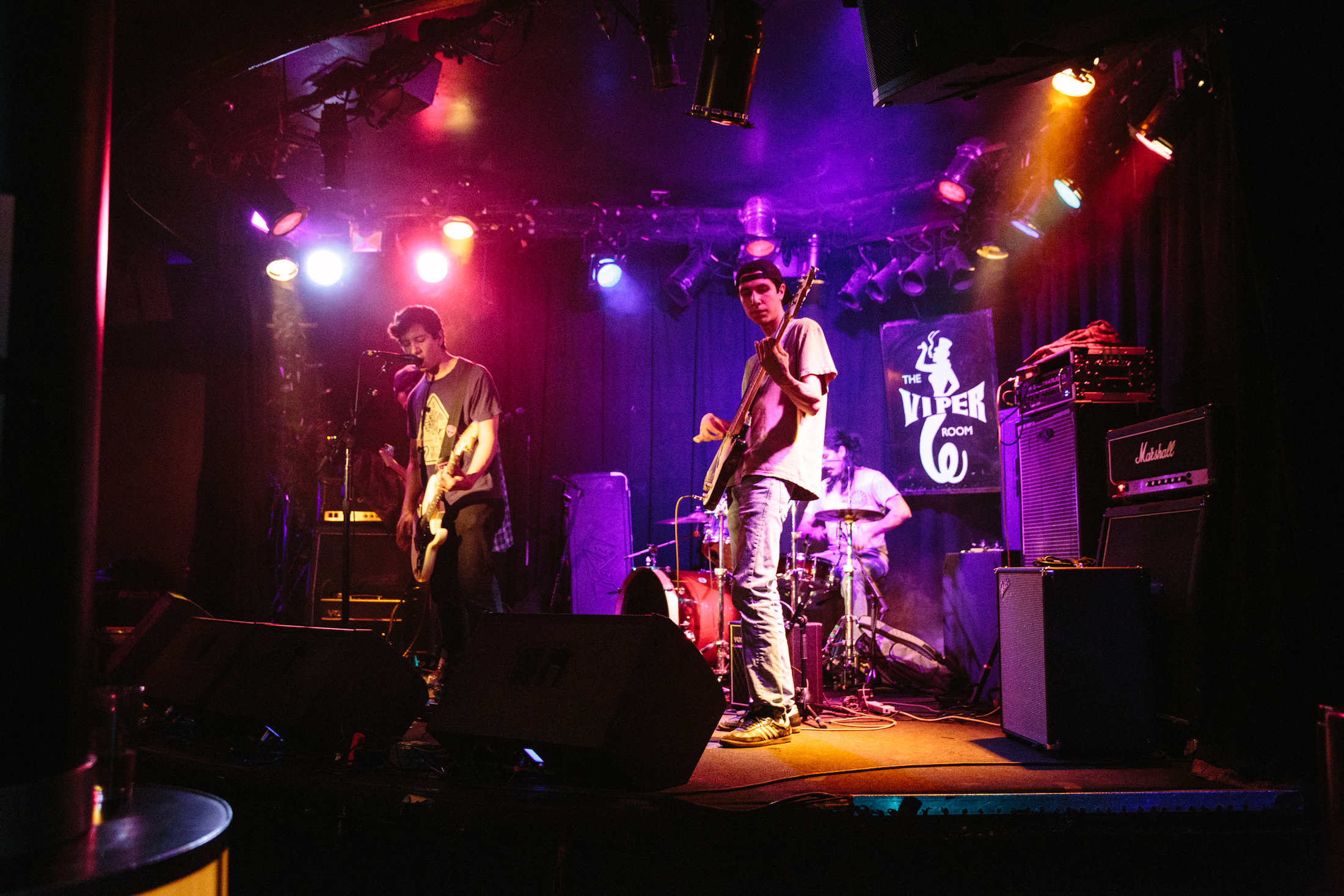 Courtesy of The Viper Room.

The Comedy Store is a world-renown temple to the art of laughter, and rose to notoriety in the late 1970s when it was run by Pauly Shore’s mother, Mitzi. It has hosted countless luminaries over the years such as Robin Williams, Jim Carrey, Richard Pryor, and David Letterman. And, it still does—on any given night, the likes of Joe Rogan, Ali Wong, Bob Saget, or Bill Burr might show up for a surprise set. Go for one of the always-packed late shows; there is a two-drink minimum, so the crowd usually gets a little loose. The audience starts to thin as the night goes on, so if you make it to 1 a.m., expect a thank you from the final comic standing—and a much-needed turmeric shot the morning after.