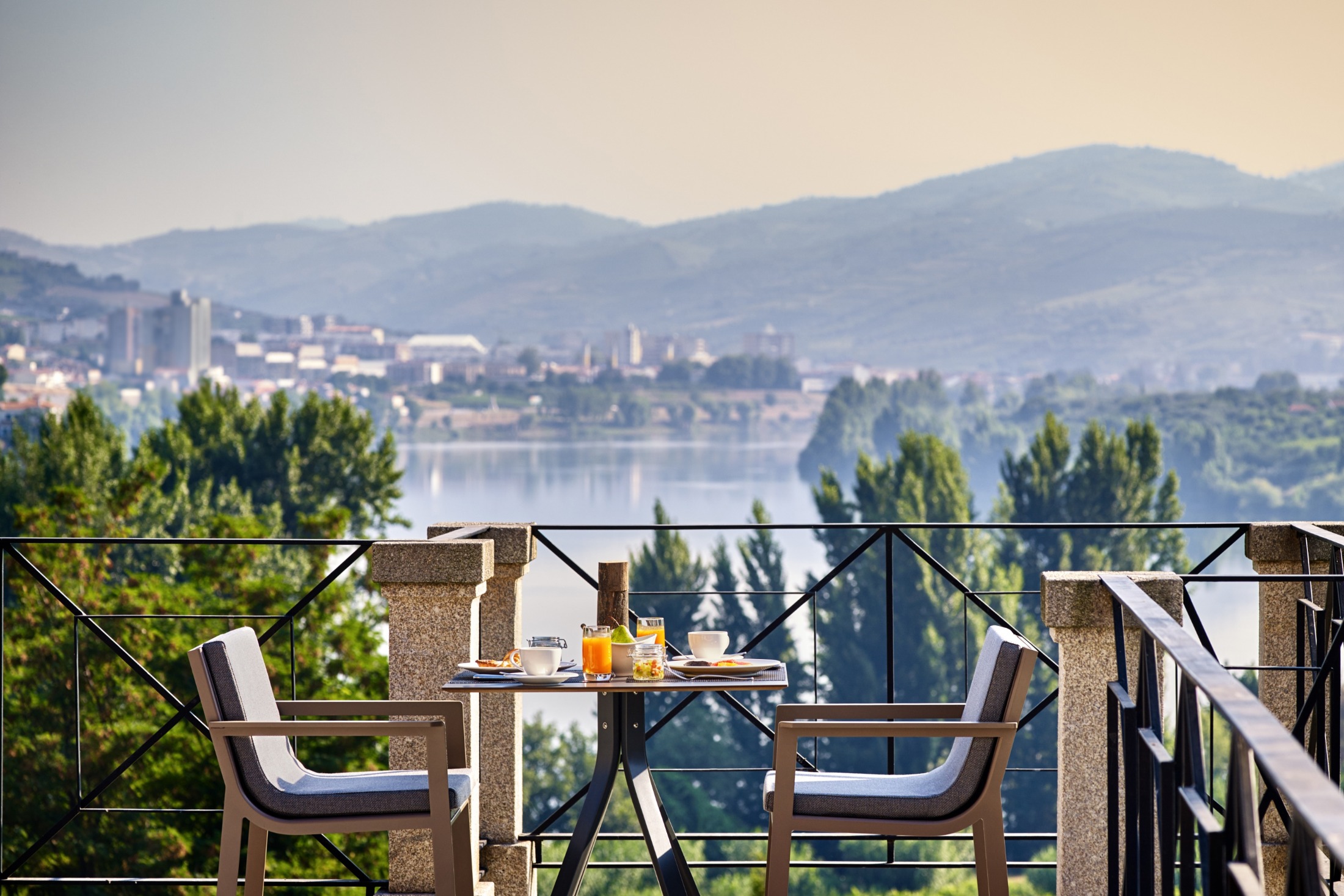 “Crafted by hand, nature, and time, that is how port is defined,” says vintner Cristiano van Zeller as he holds up a glass of Quinta Vale D. Maria to the light of a chandelier in the abundantly stocked wine library of the luxury resort Six Senses Douro Valley.

Van Zeller is like the Portuguese Sean Connery, standing at 6 foot 4 with a brooding voice and presence, and an uncanny resemblance to the Bond OG. But instead of hunting for the Red October, Van Zeller is always looking for the best in red grapes. In October, and beyond.

Van Zeller comes from a family with a long lineage of wine vintners. The original Van Zellers & Co was founded in 1780, and Cristiano van Zeller has been making port wines in the Douro region since 1982.

“Douro Valley wines were commercialized and shipped by the English, Dutch and Germans as early as the 1400s,” he says. “The English came for red wine produced inland, but in order for it to be shipped across the river, a certain amount of wine brandy had to be added to stabilize the wines before it could be transported around the world.” 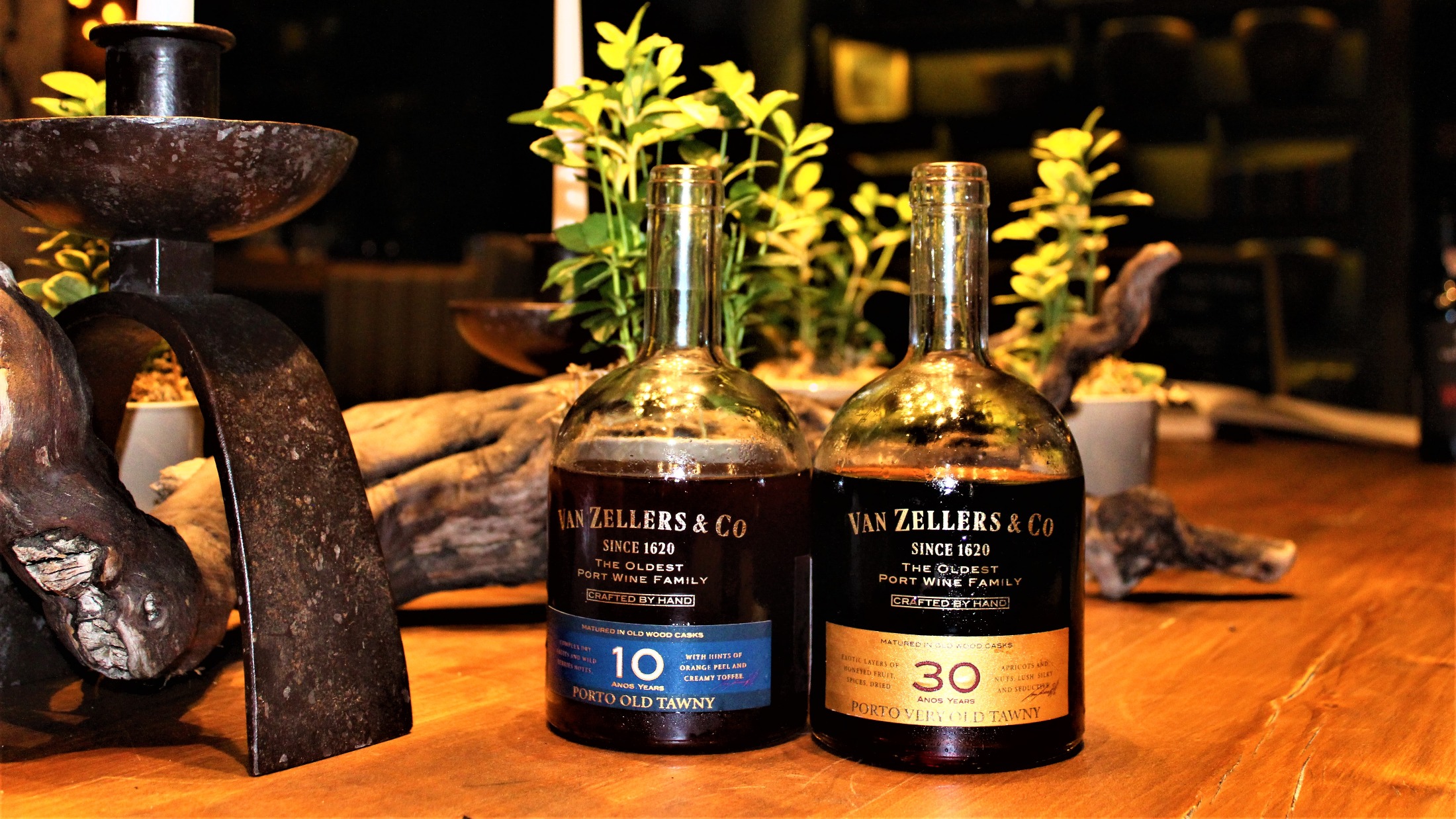 And thus, port—the sweeter, often dessert wine—was born. The valley of the Douro River in northern Portugal boasts an optimal microclimate for growing grapes that are—pardon the pun—ripe for port wine. Portugal is the 12th-largest wine producer in the world, according to BKWine Magazine, and nearly 25 percent of its output comes from the Douro Valley in the form of port and DOC wines (the country’s top wine region classification).

What better place to sample the lush region’s liquid gold—Douro is the Portuguese word for gold—than in a lavish 19th-century family home turned resort?

Converted into a hotel in 2007 known as Quinta Vale de Abraão, the property transformed itself once again to reopen as a luxury resort in 2015. 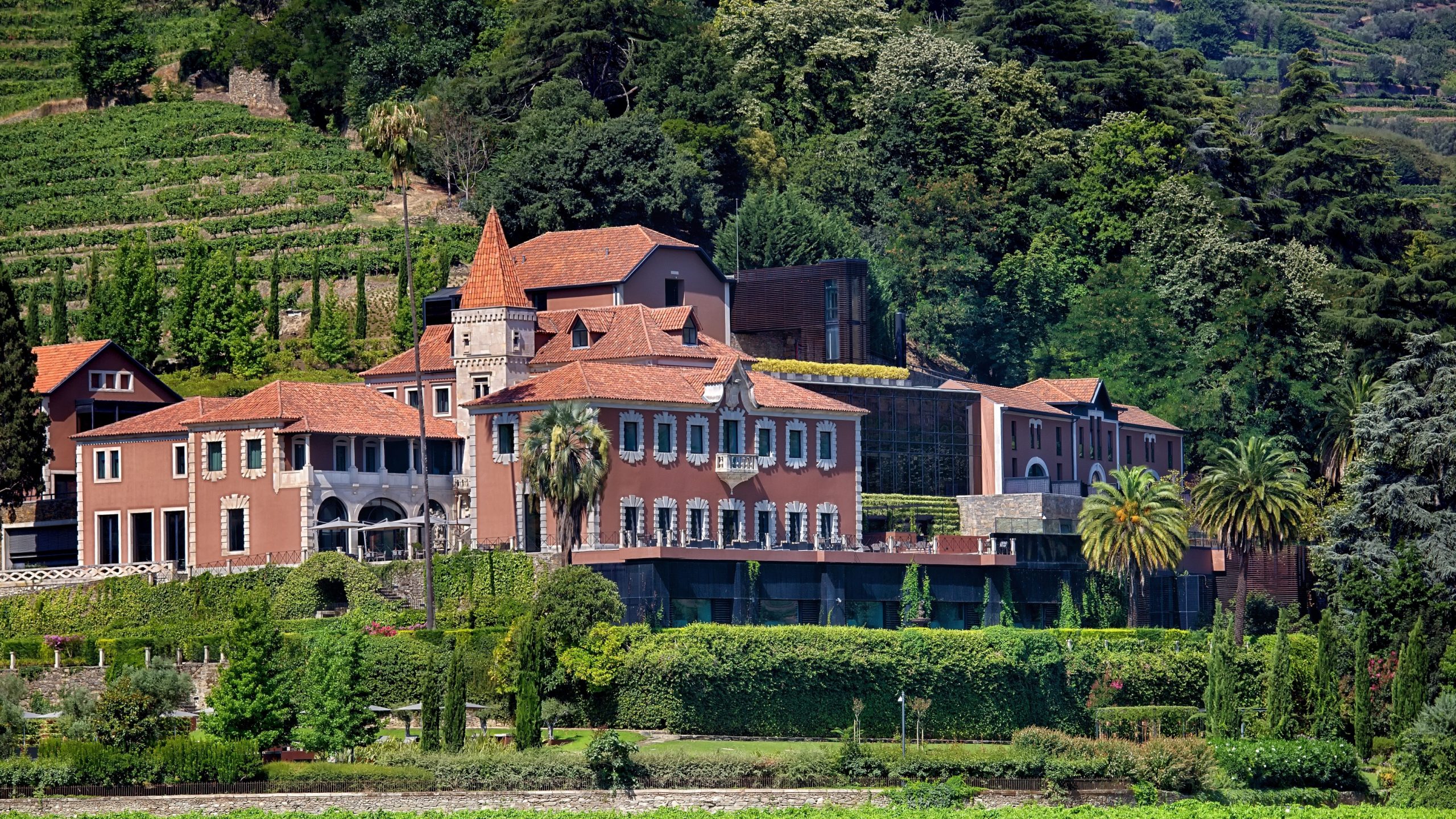 The landscape of the Douro Valley feels like a painting come to life. Photo by John Athimaritis/Six Senses.

Six Senses (voted the world’s best hotel brand in 2017, 2018, and 2019 by Travel + Leisure readers) converted the property to fit the company’s eco-conscious ethos, featuring recycled, renewable local materials such as cork ceilings, as well as certified wood, and herb and vegetable gardens for in-house dining needs.

The Douro River resort received Conde Nast Traveler magazine’s Readers’ Choice Award as one of the top 30 destination spa resorts in the world in 2019. And there’s no question why.

After an ambitious renovation, the hotel’s 60 spacious rooms now welcome guests with an inviting aesthetic of dove grey Portuguese limestone and clean lines throughout. It’s a perfect marriage between rustic-meets-Balinese-design beautification. 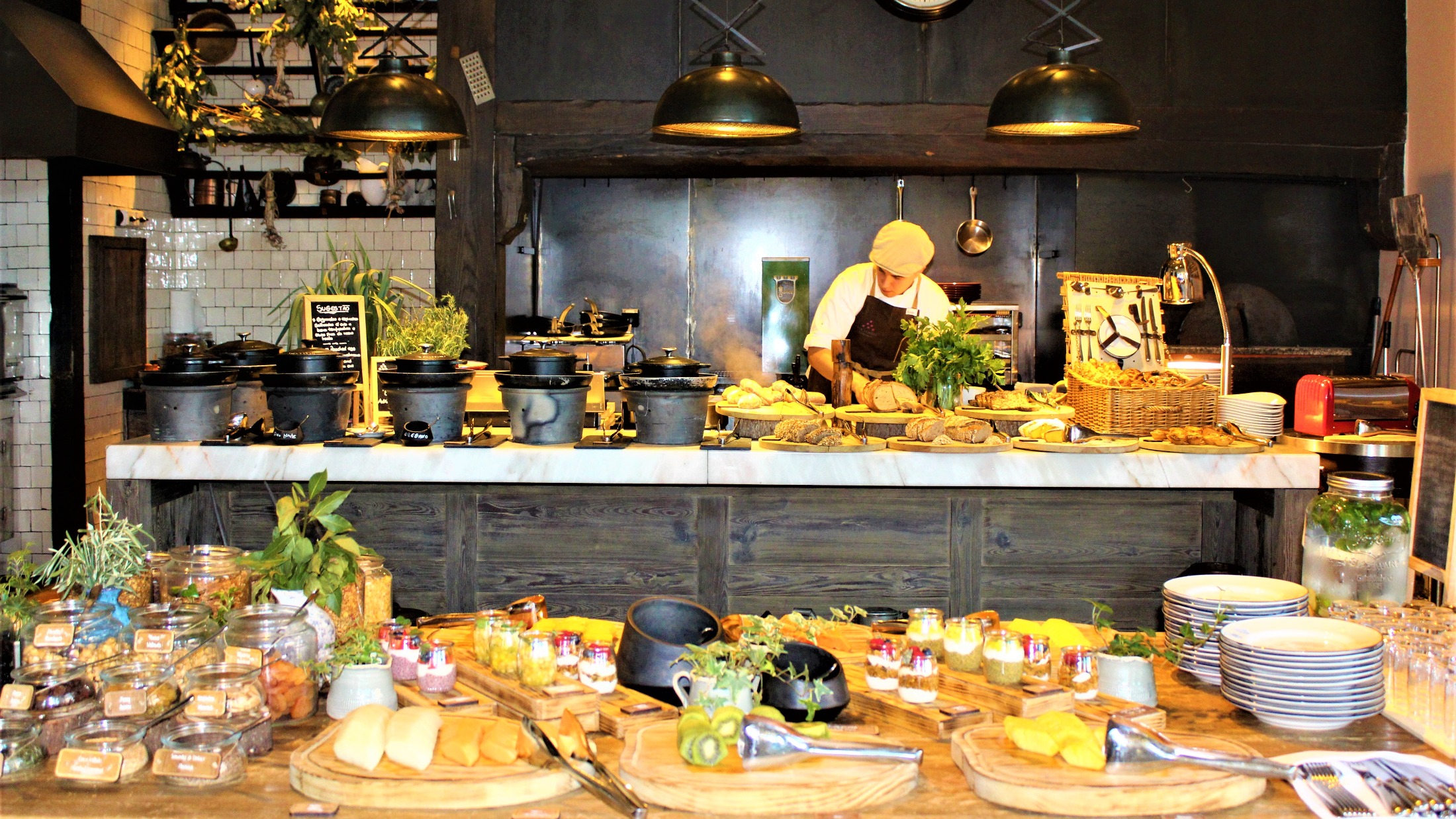 A wide expanse of window in each suite opens onto a private terrace with sweeping views over the Douro River. But the pièce de résistance might just be the daybed.

Made from organic lambswool with coir fibre from a certified organic coconut plantation, the Naturalmat handmade mattress cradled this insomniac to sleep for a full nine hours. (I’m more accustomed to just five to six hours of sleep a night, if I’m lucky!) It’s hard to decide which feature I was more reluctant to part with: the heavenly bed built for deep sleep, or the rain shower constructed for ultimate relaxation.

The interiors throughout the resort are warm but modern, with Portuguese twists including the blue ceramic tiles called azulejos, as well as family photos mounted in the farmhouse-chic dining room, which opens out to a stunning view of the valley, dotted with quintas and rolling green hills. 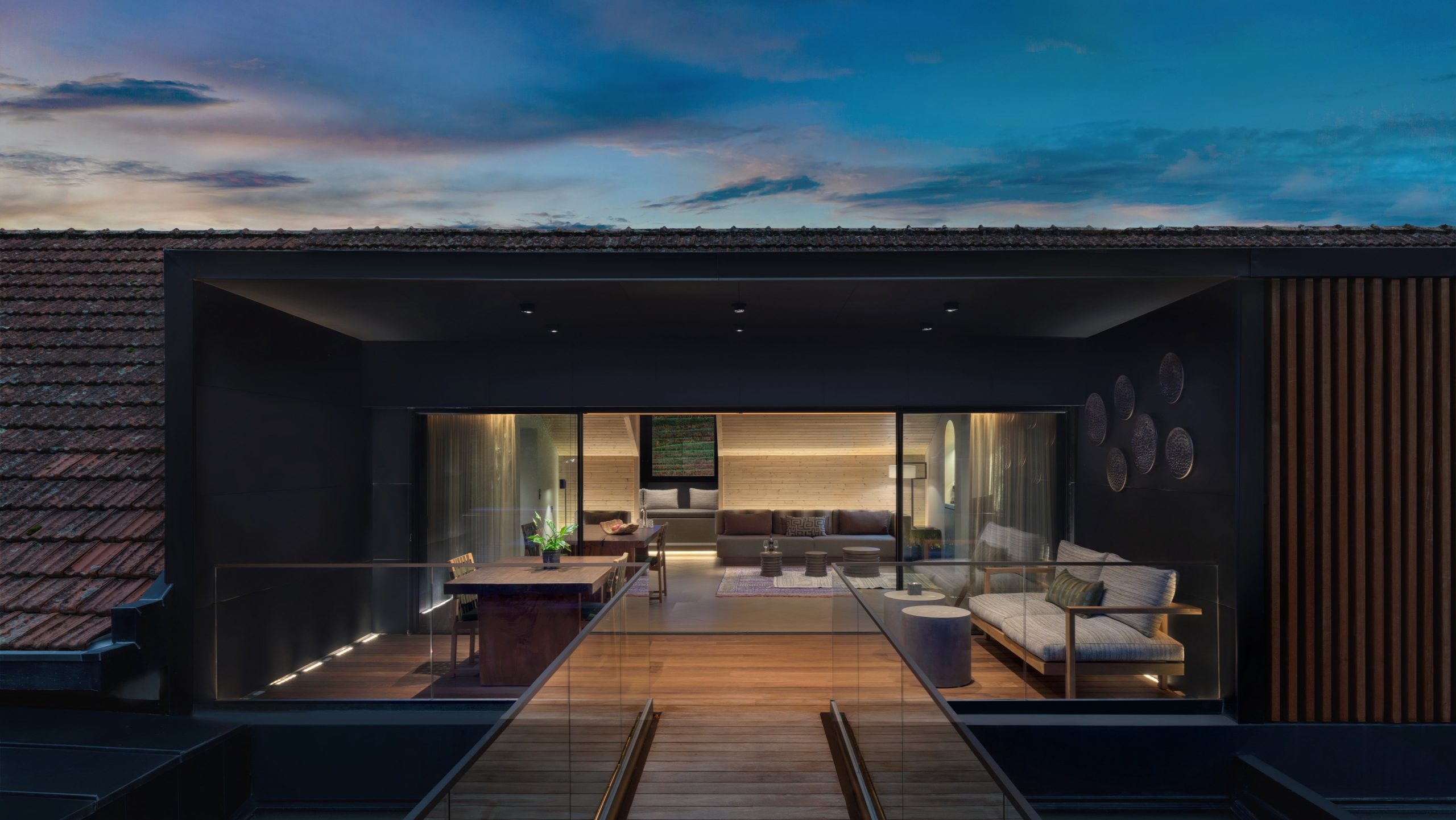 Only an hour’s drive from Porto, the resort feels sublimely secluded, though not without activity options. Its luxury spa facilities boast a host of health and wellness treatments that go beyond just rejuvenating facials to providing overall health assessments, personalized wellness plans, and alchemy sessions, while the bar holds kombucha and shrubs-making workshops.

Read more from our Travel section.