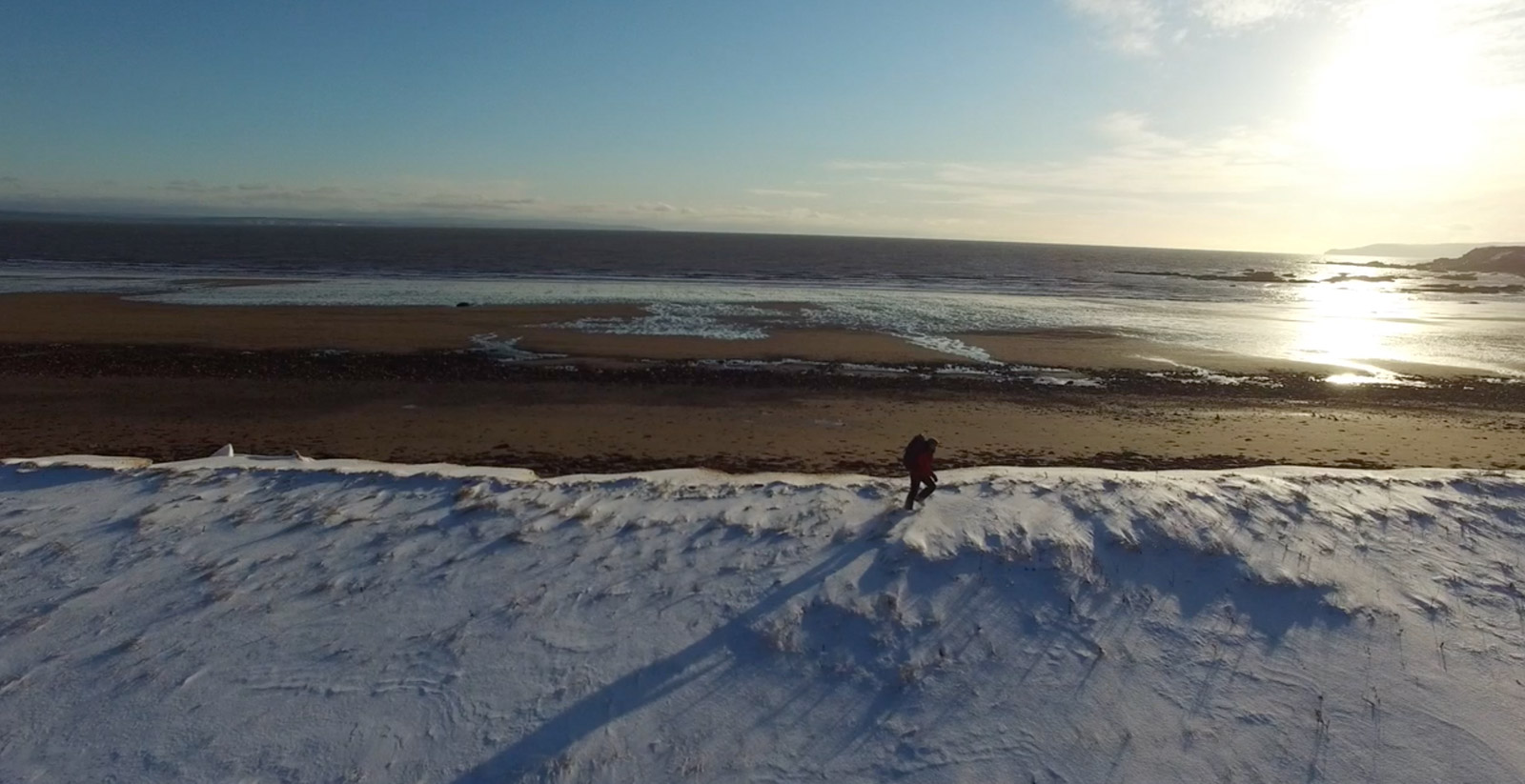 On Sunday, I made my way down to the pebbly shores of Ross Bay Beach in Victoria, B.C. to watch history made as Dianne Whelan became the first person to finish both land and water stretches of the Trans Canada Trail. Surrounded by her friends, family and a small documentary crew, we walked the final kilometre of the 28,000 kilometre journey together. The air was hazy but refreshingly cool. The mood was jubilant. It was a fitting ending to Whelan’s six year ecological pilgrimage.

The Trans Canada Trail is the world’s longest recreational trail, connecting the Atlantic, Arctic and Pacific Oceans. Since beginning her journey in Newfoundland in 2015, the award winning Canadian filmmaker has hiked, biked, snowshoed, cross country skied, and, for close to 7,000 kilometres, paddled a canoe. For most of it, she has traveled solo, while simultaneously writing and filming 500 Days in the Wild, an independent documentary about her experience. 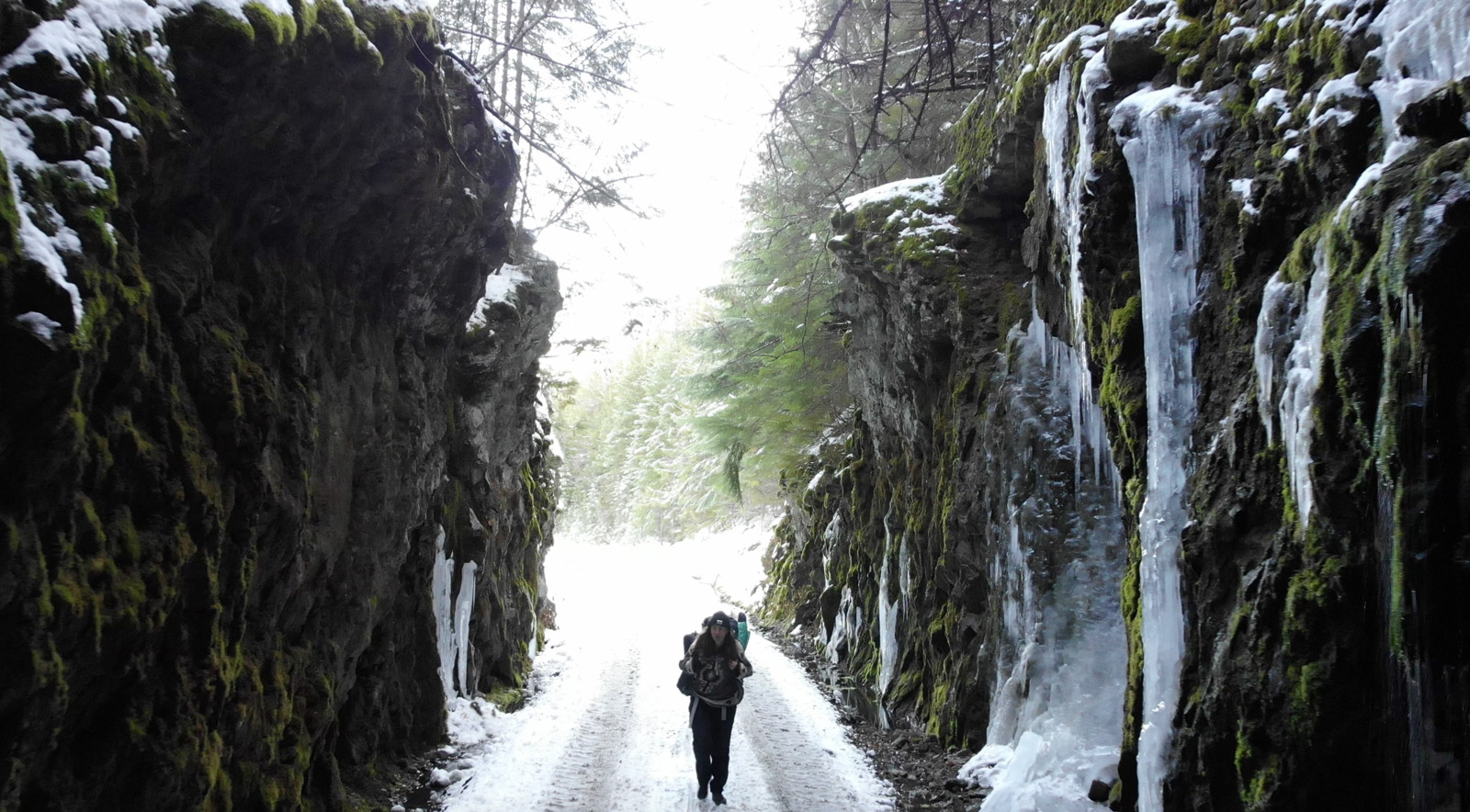 When I spoke to Whelan from the road, she expressed mixed feelings about finishing her epic voyage. “It’s been a long journey⁠—6 years. So, I know it’s time for it to end.” As an author and documentarian, “that’s a long time to be in production!” she laughs.

However, Whelan knows she’ll miss it when it’s over. “The trail became home,” she says. At some point, she stopped feeling like she was in nature, but rather was with nature. “When you’re out here, you’re not in the world that we created, but you’re in a world that created us,” she says.

It was this desire to reconnect with the land that inspired her pilgrimage. When she left, she felt she was no longer living in a society but merely an economy. “I really thought that everything we needed to know we had forgotten as a culture, that we’ve lost our connection to the web of life and to the future.” So, she set out in search of hope, wisdom and a better understanding of how we can move forward together to protect the earth for future generations.

Embarking on a solo journey of this magnitude has been humbling. Whether you’re on the waters of Lake Superior or deep in the woods on a fur trader trail in Quebec, she says, “it’s a very grounding experience to be in nature alone for weeks at a time. You have to accept that no one will rescue you. If things go sideways, you have to accept the responsibility to save yourself.” 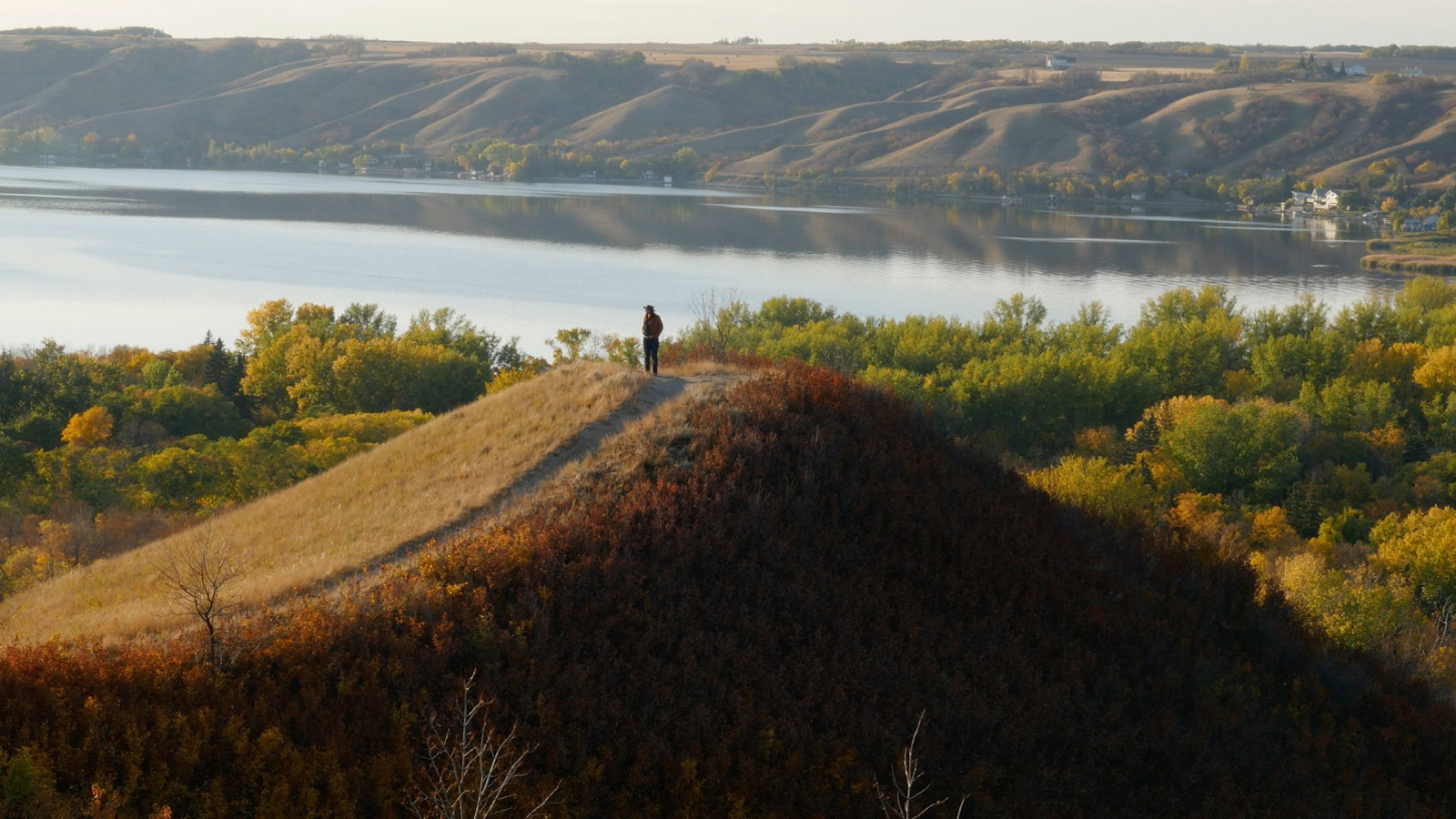 However, once she gave into the experience,  “it was like something ancient woke up in my DNA and I felt more connected to life than I ever have and suddenly I wasn’t paddling on the water, I was paddling with the water. I wasn’t on the earth, walking, I was part of her.”

That isn’t to say that there weren’t physical challenges along the trail. Whelan, who’s in her 50s, says she is still waiting for the buff athlete to spring from her body, “because it hasn’t happened yet!” she jokes. But she is okay taking her time. Completing the Trans Canada Trail has never been about athletic achievement for her, but rather honouring the land, the water, and paying respect to the First Nations peoples of Canada. “For me, it’s not about the fastest way. It’s always been about what is the most meaningful way,” she says.

Whelan say the trail “has profoundly changed my understanding of the word ‘sacred’. Nature is sacred to me and the old growth cedar trees are my cathedral.” We need clean water, air and food to survive, she has realized. “And I’ll spend the rest of my life trying to protect those things” she says. 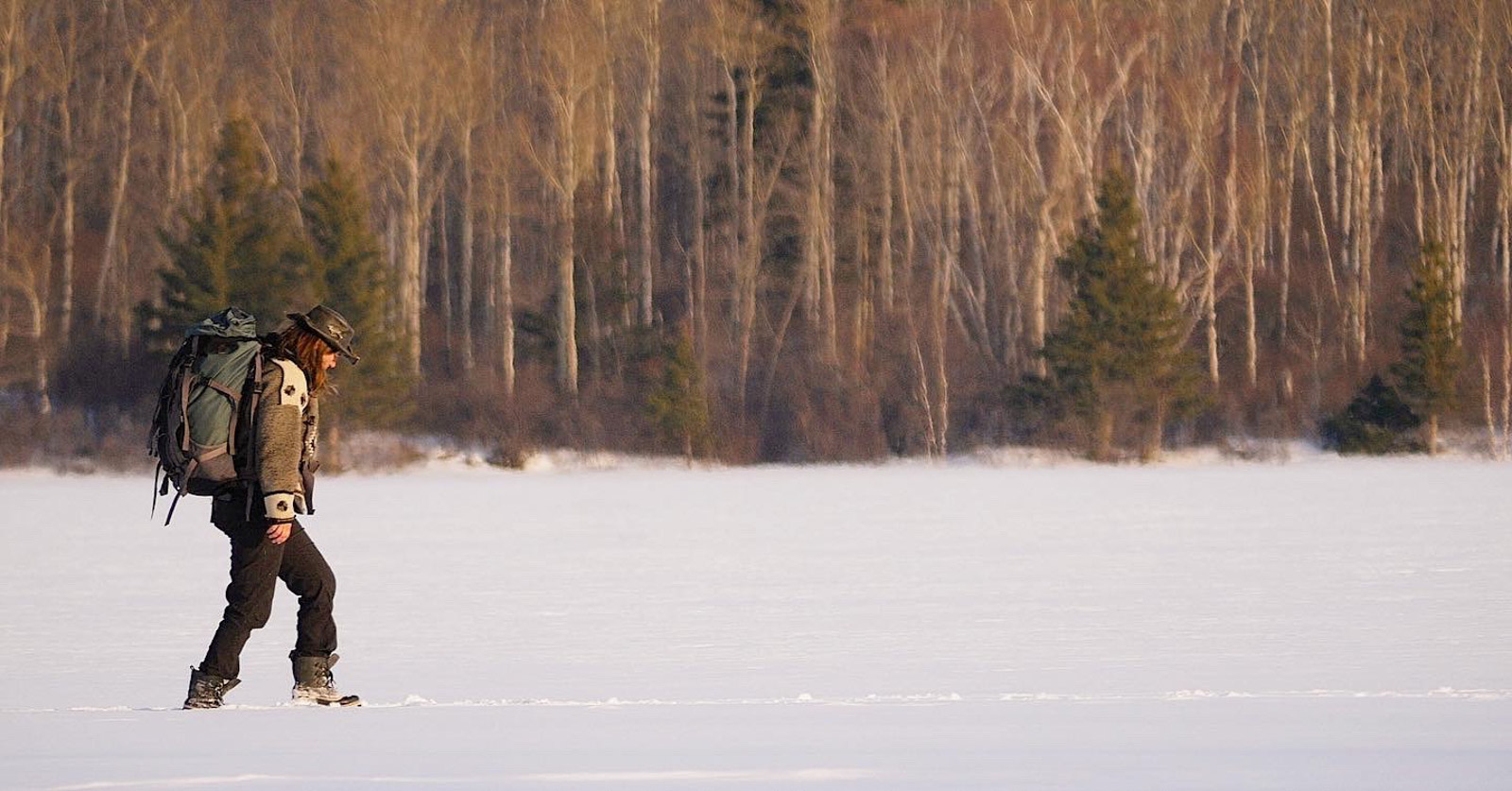 She’s come to see the trail as a symbol of how the land connects us all. “If you’re alive today, you can trace your ancestry back to the beginning of human time … It doesn’t matter if you’re conservative, liberal or NDP, it doesn’t matter what culture you’re from. We are connected by the land and the water because we all live on the same planet,” she says.

For Whelan, the important journeys are the ones that happen here on earth⁠—not the flights of billionaire astronauts. Besides, she says, “I don’t want to live on Mars. There are no butterflies on Mars.”

“The water is sacred, the air is sacred, because it’s what we need to survive⁠—and not just us, but all the birds, animals, the fish and everything.” It’s because of this that “we all have the shared responsibility of protecting it all for future people.”

Whelan found hope in the indigenous communities she spent time in. They reminded her, she says, that “we are tomorrow’s ancestors.” When it comes to finding a way to live on the planet sustainably, “it’s all about bringing traditional indigenous wisdom and science and technology to work together.” 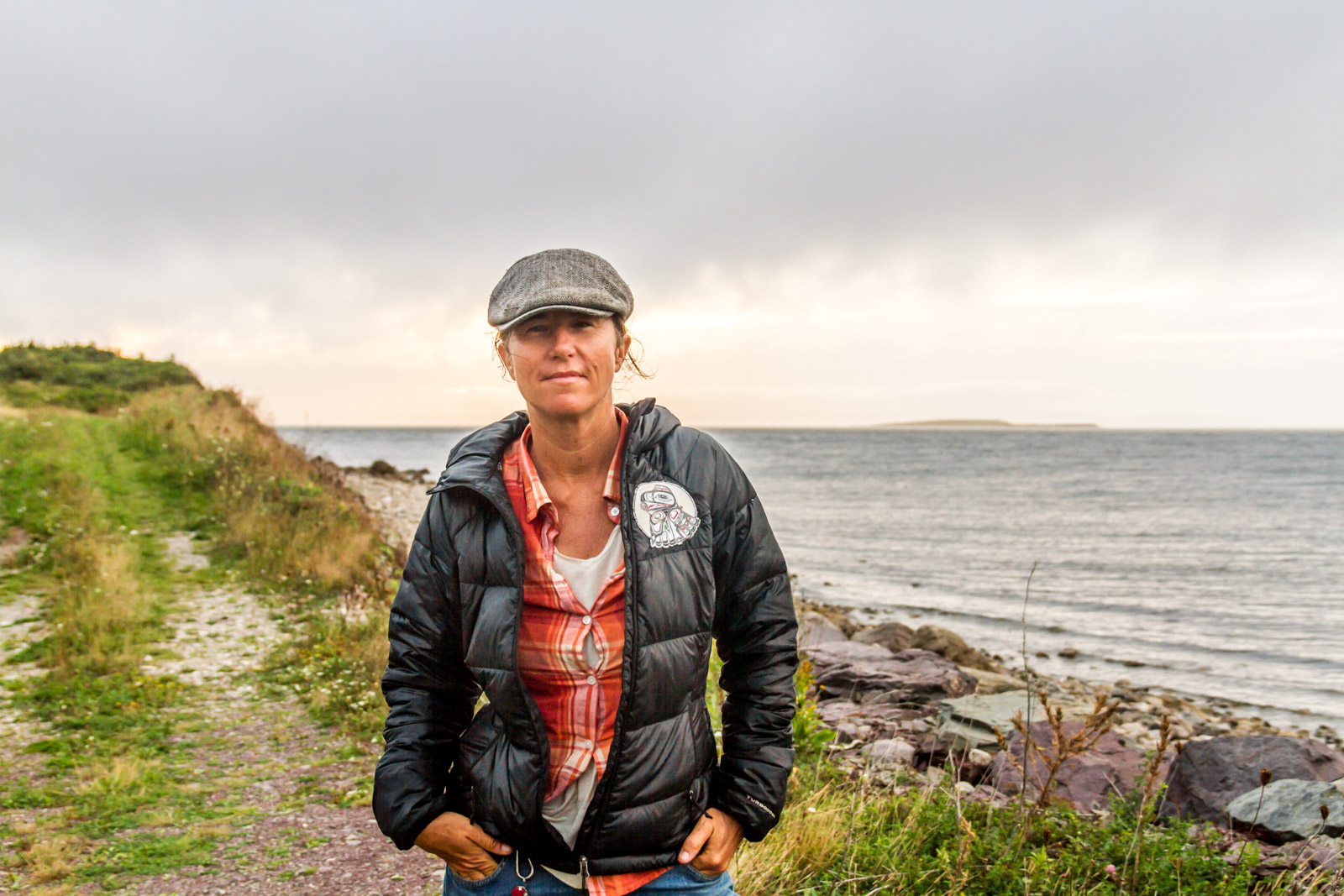 Whelan⁠—a woman who has quite literally forged her own trail⁠—encourages other people searching for hope and faith to ask themselves, “what is the most meaningful way to move forward?” and to be led by their hearts. As she points out, “your heart knows your purpose. Your heart knows why you’re here.”

Lastly, when in doubt, she says, drop into nature to find yourself. In an affirmation that has followed her through her journey, she reflects: “Solitude reveals what a mirror cannot.”