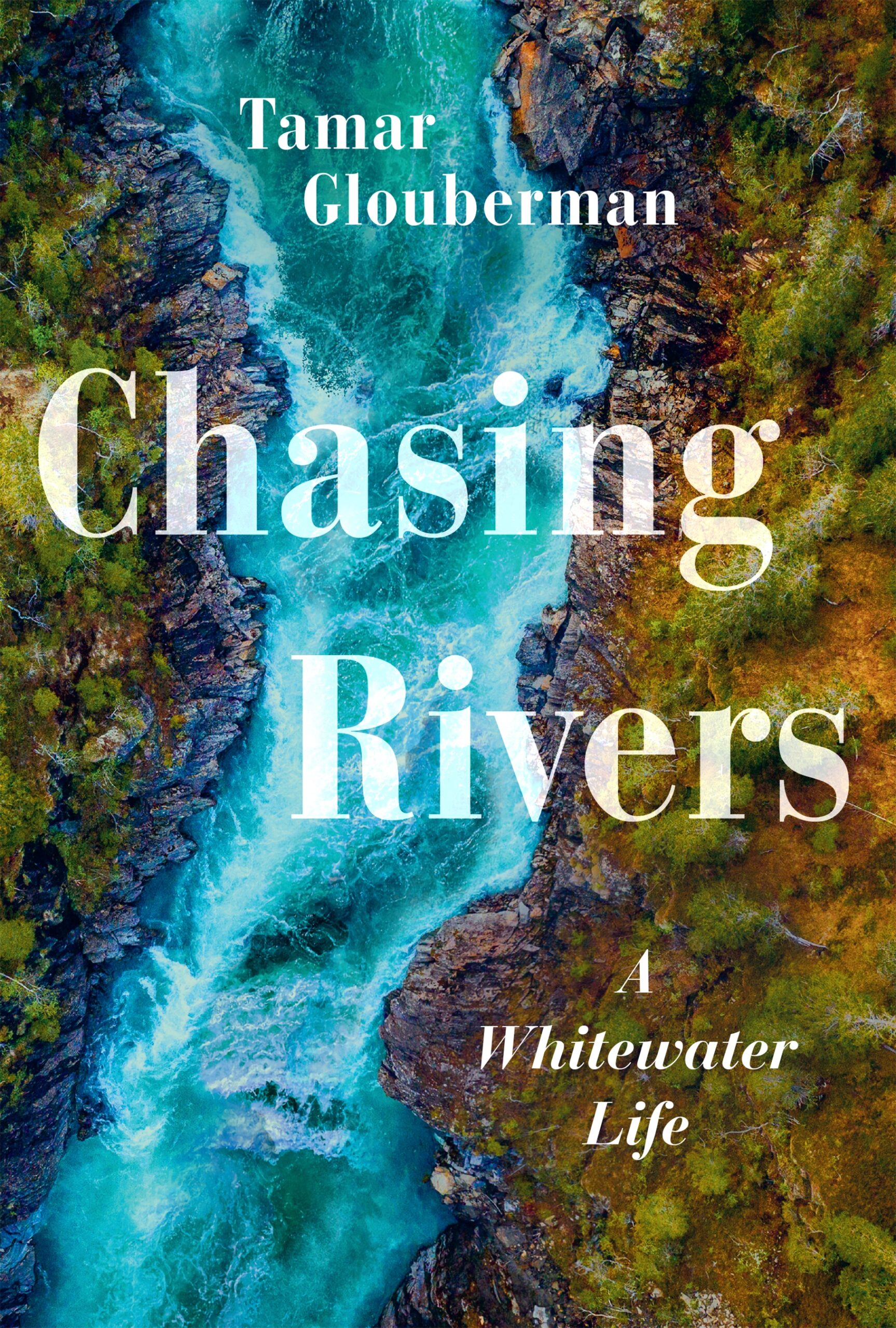 Chasing Rivers: A Whitewater Life is out from Douglas & McIntyre October, 2022.

One of Tamar Glouberman’s favourite rivers begins in a turquoise, mountain-enveloped alpine lake in the heart of British Columbia’s Chilcotin mountains. Chilko Lake springs from the foot of glaciers, and its brilliant clear waters spill into the Chilko River flowing northeast, transforming in colour and speed through the Central Interior as it meets the Taseko and becomes the Chilkotin, then blends with the waters flowing west from the Rockies and turns south at the Fraser. As the waters change, so does the country, hemlocks trees and peaks giving way to sand dunes and cacti as Glouberman approaches her destination of Gang Ranch, north of Lillooet in the Fraser Canyon. “It’s like a totally different world,” she marvels, “and it’s some of the most incredible whitewater you’ll ever run on.”

Bright and early on a Tuesday morning, I catch Glouberman on the phone, before she starts a full day of work on the water in the Bella Coola Valley, to talk about her new memoir, Chasing Rivers: A Whitewater Life. In the book, she tells stories of her career as a whitewater rafting guide on some of the most dangerous and challenging rivers in North America.

Glouberman has travelled and worked in some of the world’s most beautiful countries. Zambia and Peru make the list. So do Ecuador’s Galapagos Islands. But for this adventurous and gentle outdoor guide and writer, Canada holds the number one spot. “When people ask me my favourite place I’ve travelled to, I always say Canada.”

It’s all about the wilderness.

“The more I go to other places, the more I realize what amazing wilderness Canada has. In terms of actual wilderness, I’ve never been anywhere like Canada. I just love it,” she says. Rafting the white waters of Northern Canada, Glouberman and her colleagues are flown in and out by plane after 10 days of miraculous I-can’t-believe-I-get-to-call-this-work work. “I get to see a lot of Canada that’s inaccessible to a lot of Canadians,” she says. 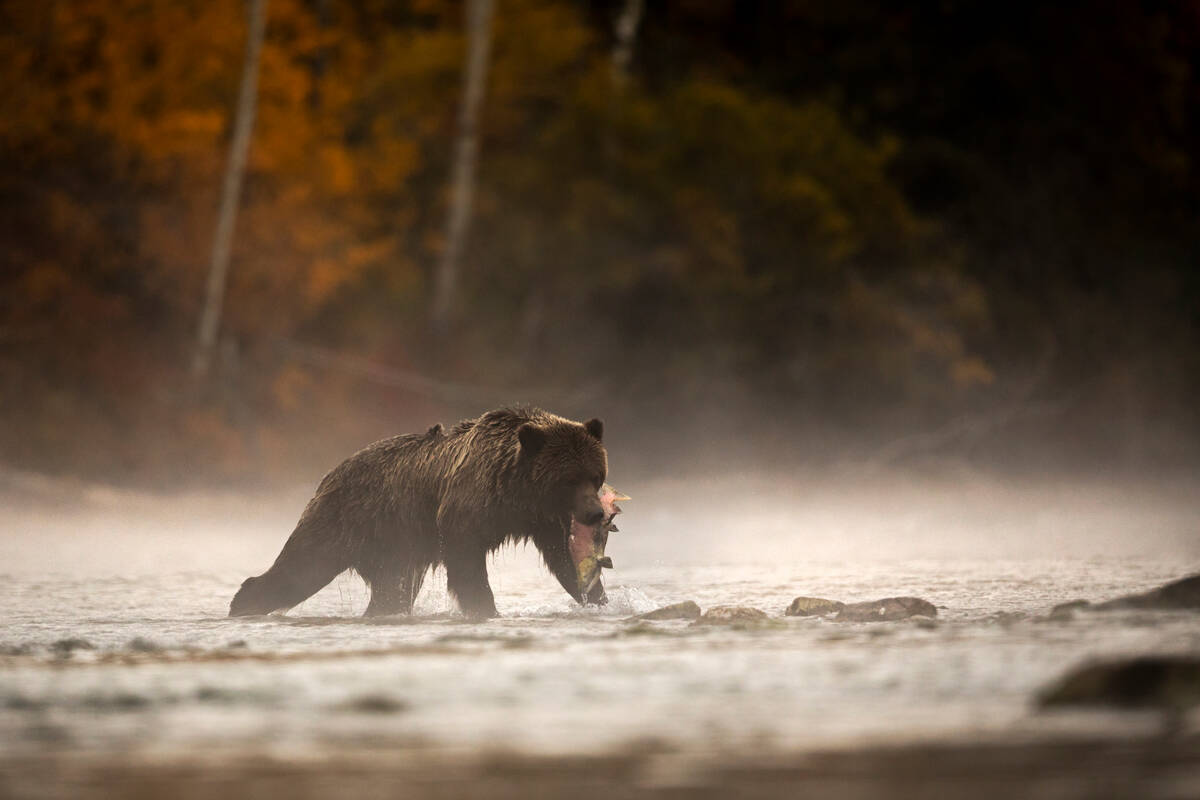 A grizzly bear eats a salmon on the Chilko River. Image courtesy of Henrik Nilsson/Destination BC.

Of all the rivers she’s paddled, British Columbia’s keep calling to her. She loves that in the wilds of B.C. she often sees grizzly bears, wolves, and cougars roaming free, that “we still have enough wilderness for animals, like big animals⁠—big carnivores like that⁠—to live.” Then there are the province’s rivers themselves, challenging, incredible and unique. “They’re so beautiful and wild, and there are so many of them,” she emphasizes.

Another of her favourite B.C. rivers is the Klinaklini, in the Pacific Ranges of the Coast Mountains, which she describes as “amazing and just mind-blowing.” Flowing past monumental mountains and delicate ice caps, the river also fosters some of nature’s most beautiful wildlife: grizzly bears, moose, salmon, and bull trout. A small lake high in the Coast Mountains is the starting point, from which flows the Klinaklini River, which reaches the Chilcotin Plateau before expanding into Knight Inlet. “Every day is more beautiful than the rest and it’s so challenging and it’s just such an incredible, unique river,” Glouberman says.

A career highlight has been getting to know her favourite river in all of B.C.⁠: the Chilko. “I was nervous every time I ran it,” she remembers, “and then I would be in it, and it was the most incredible thing to actually feel like that was a river I knew.” She describes learning to understand the river’s moods and what to expect at every water level. “Just getting to know that river was such an amazing opportunity⁠—one that I never really imagined for myself,” she says.

B.C.’s abundant rivers hold a special place in Glouberman’s heart but not bigger than the one she holds for her family, who she says have supported her dream of being a writer even when the process became challenging. For Glouberman, sitting down to force out a thousand words every morning didn’t work. Instead, she says, she had to learn to let herself “just live a bit every day and just think about my story.”

Writing a memoir, she explains, “you have to continuously relive parts of your life that you don’t necessarily want to relive, which is really hard. But then again, you get to relive a lot of really fun things too.”