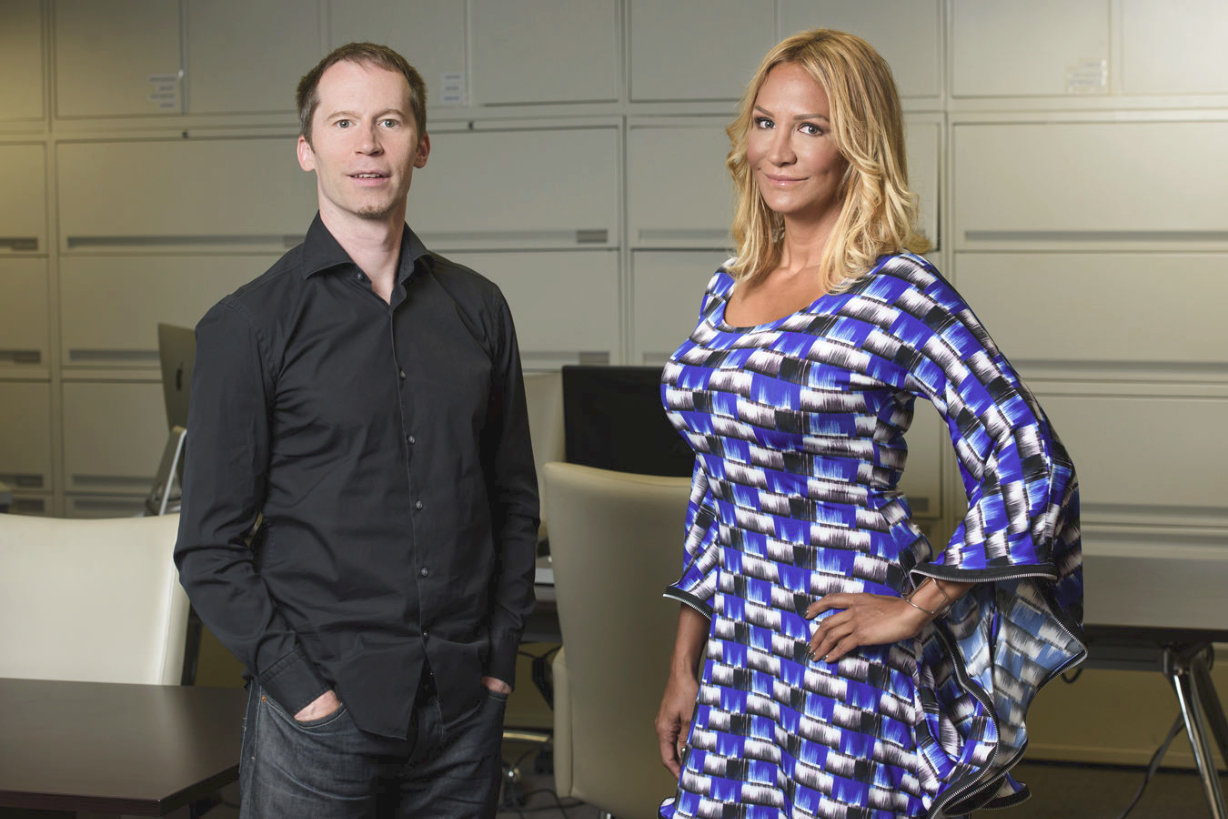 Mobile phones are rapidly evolving the ways in which we can pay for goods and services. And as the co-founder of PayByPhone, Desmond Griffin has been one of the sector’s biggest assets. PayByPhone enables drivers to pay the parking meter through a phone app; it meant the end of worrying about spare change and rushing back to the meter to top up the minutes. When Griffin eventually sold the company, the program was active in over 100 cities.

After taking some time away from business, partially to start a family, Griffin noted to himself that it often took 10 or more minutes for a server in a restaurant to bring the bill, and another 10 or so to conduct the payment transaction. And then it dawned on him: what if you could pay with your mobile phone, using an app similar to his previous creation?

Enter Griffin’s sister-in-law, Penny Green. “Desmond wasn’t really looking to get back into business, but I just told him this was such a natural step, and there was a huge potential in the marketplace,” she says, seated at the downtown Vancouver headquarters for Glance Pay’s parent company, Glance Technologies. “I have been a securities lawyer for over 20 years, and launched many public companies over that time. This just seemed like a natural fit.” Green’s experiences as a lawyer working in capital markets for emerging companies were a perfect match for Griffin’s tech expertise. The first, arduous step after developing the app was to go door-to-door to recruit local restaurants, cafes, coffee shops, and even some beauty salons and barbershops to join the Glance Pay system. “We just went around to a few places near our offices, and over in Yaletown, and the response was immediate, so positive,” says Green. “And it is growing almost 135 per cent per week.”

Basically, the diner takes a picture of the cheque with Glance Pay, enters the amount, and selects the tip percentage and payment option (direct debit, credit card)—and with that, the bill is paid. Built into the system is a set of customizable loyalty reward programs, marketing opportunities for affiliates, and a real-time customer feedback option. It is an empowering process for restaurants, and a huge time-saver for diners. “We are not only thinking of a payment system, but a fully personalized transaction platform,” explains Griffin. “It is also a great tool for businesses to incentivize customers with unique offers and updates—it is essentially a system of digital coupons.”

With the app already working in 80 establishments in Vancouver and Toronto, and another 130 signed on, plans are to grow into other Canadian cities and beyond. Ambitious, but with 17,000 users already in Vancouver alone, Glance Pay’s growth looks to be as quick as the payment experience it allows its customers.

Read more from our Business section.