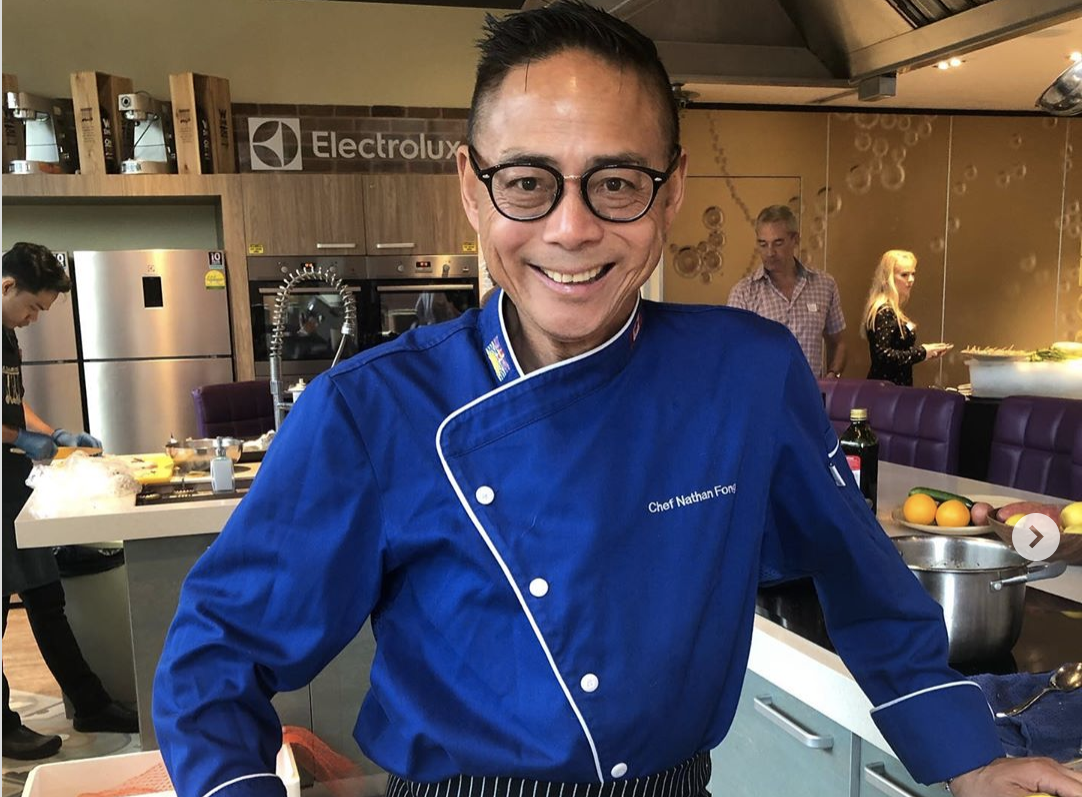 Nathan Fong at Culinaryon in Singapore in November 2019. Photo from Fong On Food/Instagram.

One of Vancouver’s best-known and beloved members of the B.C. food community has died. Nathan Fong was a passionate chef, food stylist, writer, and broadcaster who was instrumental in promoting local chefs and Canadian seafood and cookery to the world.

“Long before anyone was championing the food and cuisine of British Columbia, Nathan was out there telling the whole world what we had going on here,” says Robert Clark, owner of the Fish Counter on Main Street.

“He was always called upon by anyone in the Canadian seafood industry when they were looking for help. They had tremendous respect for how he promoted them around the world.”

As a food critic, Fong was, Clark observes, easy to respect. “His criticism was never personal,” the former executive chef at the once highly regarded C Restaurant explains. “When he had a criticism or a suggestion, it was always good. It was constructive and made sense.”

“He was a kind, sweet, gentle soul,” says Pino Posteraro, chef/owner of Cioppino’s Mediterranean Grill and Enoteca. “He built an international network of chefs and others in the food industry, and he did it because he cared so much about the community.”

Posteraro recalls bumping into Fong at a Sunday matinee performance at the Vancouver Opera. “He was passionate about opera, and was happy to find out we shared an affinity for that as well as for food.” Shortly afterward, Posteraro notes, two tickets for the VO production of Faust arrived. “He was a season ticket holder and couldn’t go, and he thought of me. That’s the kind of person he was.”

Fong was an instrumental part of the BC Seafood Festival held in Comox each year—the biggest event of its kind in Western Canada—marshalling more than two dozen top chefs to take part. Chef/owner of Kitsilano’s Maenam Angus An remembers an evening after the festivities the last time he took part. “There was Nathan, myself, Quang Dang, and Pino all in Quang’s hotel room—and all of us were hungry.

“It was late, and we’re in the Comox Valley, and so I decided to cook. Nathan had some rice, Quang had leftover geoduck, and I made an impromptu congee. I couldn’t go the next year, and Nathan took the time to text me from the event to tell me they were all missing their late-night meal.”

Fong’s support for local restaurateurs was legendary, An notes. “He had this incredible ability to make connections around the globe,” he says. “He knew so many international food writers, and he never hesitated to bring them to Maenam and other local restaurants, and introduce them to the chefs and our cuisine.”

“I first met him when I was 18 years old and working at Sooke Harbour House,” Melissa Craig, executive chef of Whistler’s Bearfoot Bistro, recalls. “He was a huge supporter of my career and believed in my cooking. His passion and excitement for food was inspirational—not just for me, but the whole food community.”

Craig remembers how Fong would arrive at the Bearfoot full of enthusiasm for different dishes he had tried on his travels. “He would pick up on all the new international trends and show you what was going on, and you couldn’t help but want to try them out yourself.”

He also, Craig says, always picked up the phone, ready to help. “I’m completely last minute when I travel, and I would be wondering where to eat tomorrow and just call Nathan. It didn’t matter where it was—Europe, Asia—he would know where to go, and get me in. He got us reservations to Gaggan in Bangkok on a day’s notice—that’s an impossible feat.