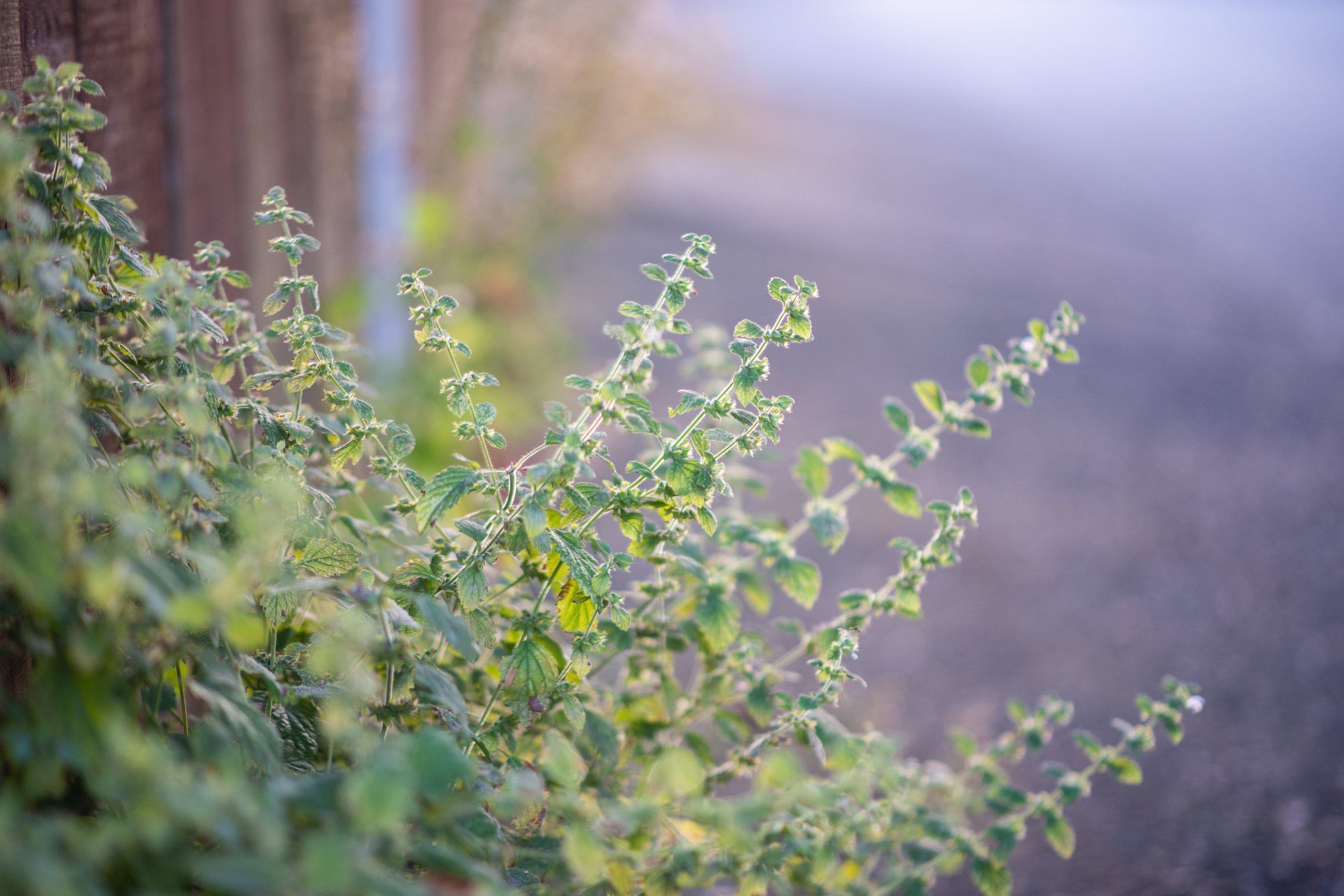 I first noticed the invasion when I moved into my home near Rupert Street.

In a cleft between a concrete wall and a bed in my back garden grew a healthy little green plant, a hand-width high, bushy with pairs of furry triangular leaves popping out of each stem, each pair perpendicular to the last. A few weeks later, it had doubled in height.

When I tried to cut it back, it responded by redoubling its efforts, seemingly instantaneously sprouting bushy clumps of pale flowers that soon buzzed with bees. In the following months and years, the plant has tried to jump its bed several times, going so far as to dig under a pathway two feet wide to put up hopeful shoots on the edge of my lawn. 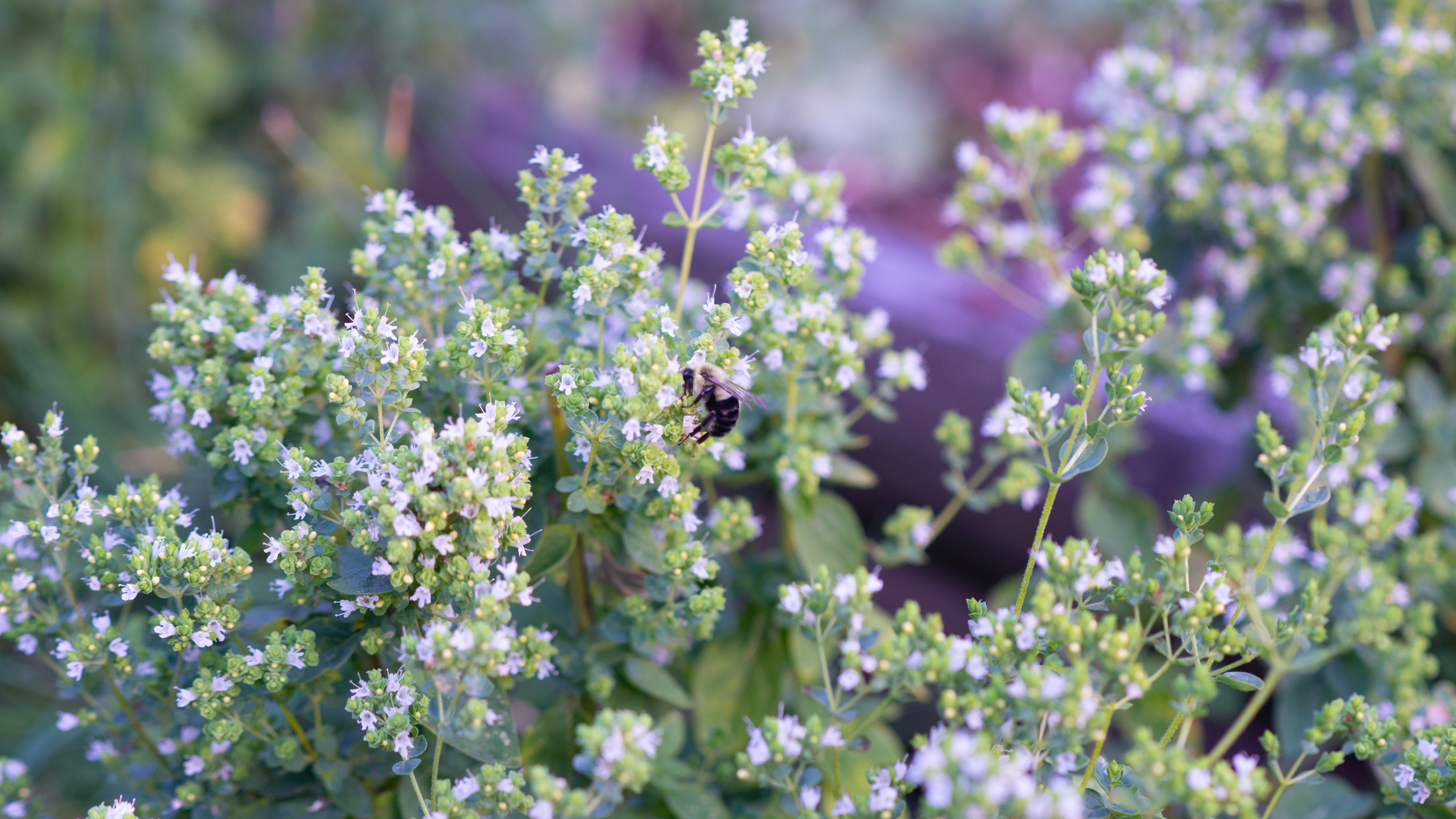 A honey bee on oregano.

My plant is an oregano⁠—specifically a common oregano, Origanum vulgare⁠—and it shares its vigorous instincts with a host of related plants, from other varieties of oregano such as Italian and Syrian to the members of its family, Lamiaceae, which includes the greater part of all the fragrant herbs a European chef holds dear⁠: sage, mint, marjoram, rosemary, basil, thyme, and lavender, to name only a few.

And once you learn to recognize the distinctive right-angle leaf pattern of the Lamiaceae, you realize they are absolutely everywhere.

Take a walk in East Vancouver. Stick to the alleys and look for clumps of grass and weeds poking out of back gardens and untended lots. Look for little pairs of fuzzy leaves, and when you find them, crush one between your fingers and hold your fingers to your nose. Within a few minutes’ walk, you’re likely to find the sharp citrus of lemon balm, the peppery spice of oregano, the woody musk of rosemary and thyme, and the piercing coolness of mint in at least two varieties, all growing wild in cracks and crevices.

The odd thing about East Vancouver’s profusion of Lamiaceae is that, while native members of the family such as Teucrium canadense, wood sage, do grow in Canada, all the ebullient back alley varieties have travelled from the Mediterranean⁠—lemon balm flourishes from Hungary to Iran, thyme crawls over the rocks of the Mediterranean in dozens of varieties from Portugal to Egypt, and lavender is happiest from the French Pyrenees to Northwest Italy. Oregano itself was beloved of the ancient Greeks, who named it origanon, “brightness of the mountain,” and wrote it into myth as the favourite plant of Aphrodite, goddess of love. 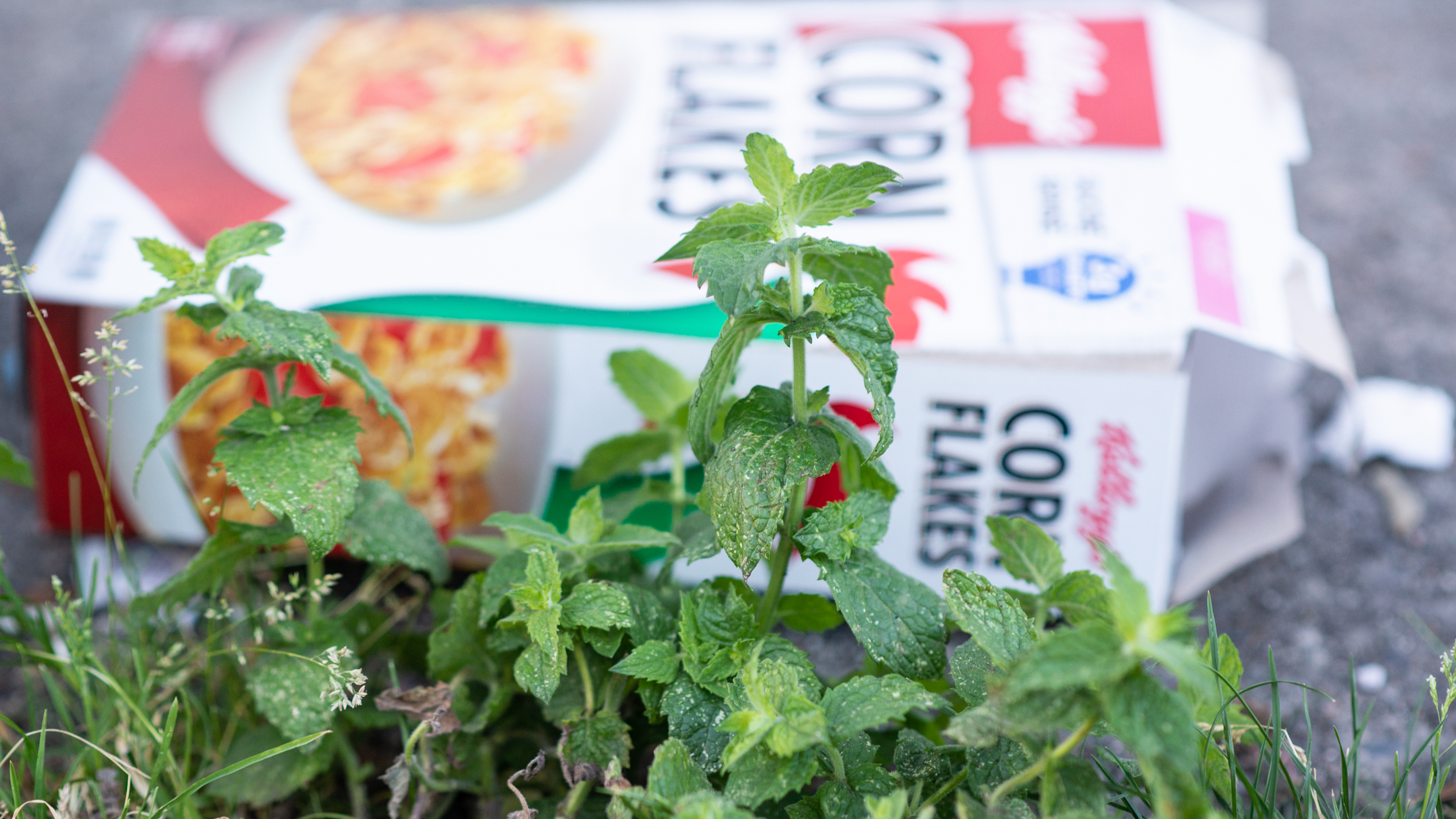 Spearmint in a back alley.

So what are the herbs of Mount Olympus doing here in rainy, temperate Vancouver? I hoped to find some simple answer to this question, but I have so far come up empty. Perhaps they were cultivated by Vancouver’s Italian community as it spread out from Commercial Drive eastward to Renfrew and then Boundary in the 1960s and ’70s. Angela Clarke, museum curator at Vancouver’s Italian Cultural Centre, didn’t know of any records of Italian gardening practices in Vancouver, but suggested instead that the profusion of herbs might result from the whole foods movement and increased interest in Mediterranean cooking for health.

The City of Vancouver told me that city workers were not responsible for planting the towering rosemaries that appear along boulevards in East Vancouver’s shady residential neighbourhoods; they must be the work of private citizens who took it upon themselves to plant and tend a cutting into a fragrant, six-foot shrub. 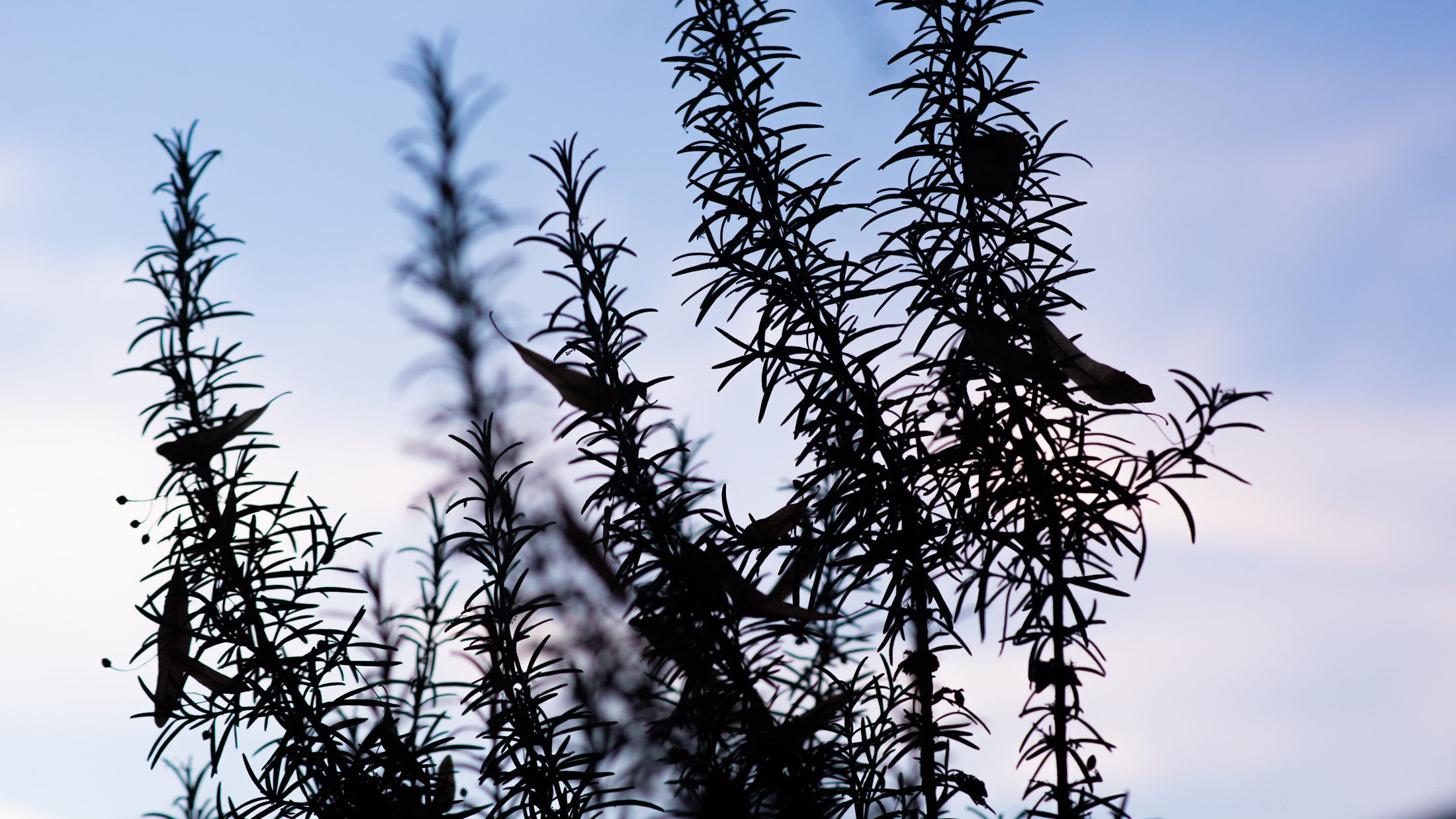 Egan Davis, the principal instructor at UBC’s horticulture training program, likes the Italian origin theory, but also can’t put his finger on any exact source of the plants. He points out the long cultural history of urban food gardening in East Vancouver, and that Lamiaceae are almost infallibly easy to propagate and share from a cutting. What’s more, he says, oregano and its cousins are useful in cooking, require no irrigation, attract pollinating insects and aphid-eating predators with their beautiful summer flowers, and are resistant to pests and disease.

And, despite what you might think, oregano and its herbal cousins do not make any of the official lists of dangerous invasive species in Canada. While they can spread aggressively in gardens and alleys, their love of dry, sandy soil and exposure seems to lend better to urban landscapes than the British Columbian forest. 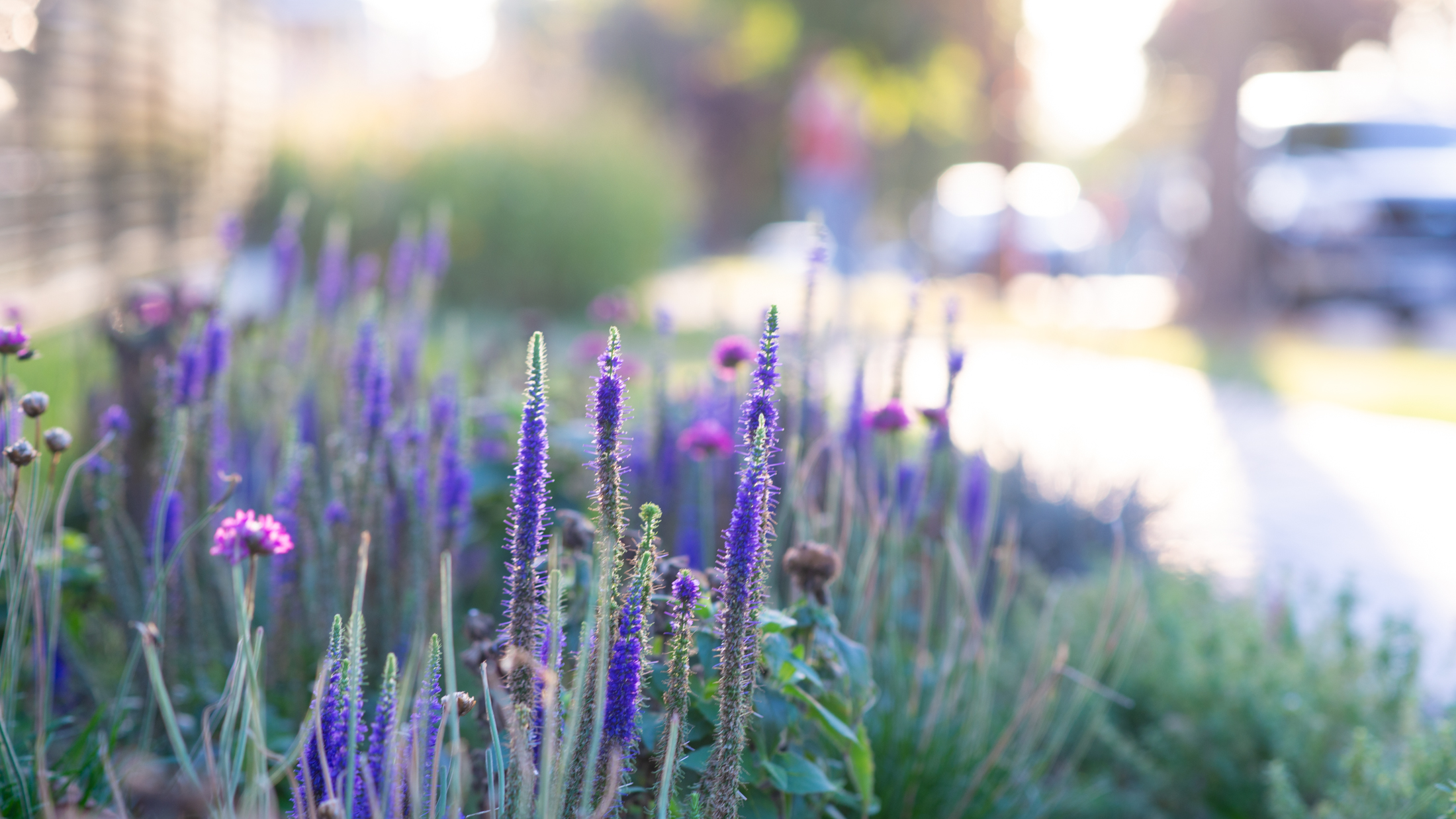 Lavender and creeping thyme in a garden.

Lamiaceae may have taken over our city, but they are beneficent rulers. Oregano, thyme, basil and sage are indispensable in the kitchen, mint and lemon balm make soothing teas, and lavender is used in balms, salves and perfumes for its otherworldly scent. Plants in the family have been used for millennia as herbal remedies⁠—especially for sleep and digestion⁠—some of which have been borne out by modern science.

A few days ago I looked up how to properly trim my oregano, by removing the woody stems and cutting the plant back to a few inches in height, but when I walked to the garden, clippers in hand, I found the plant alive with three species of bees, all happily crowding around the clusters of flowers. I decided to let it grow for now. 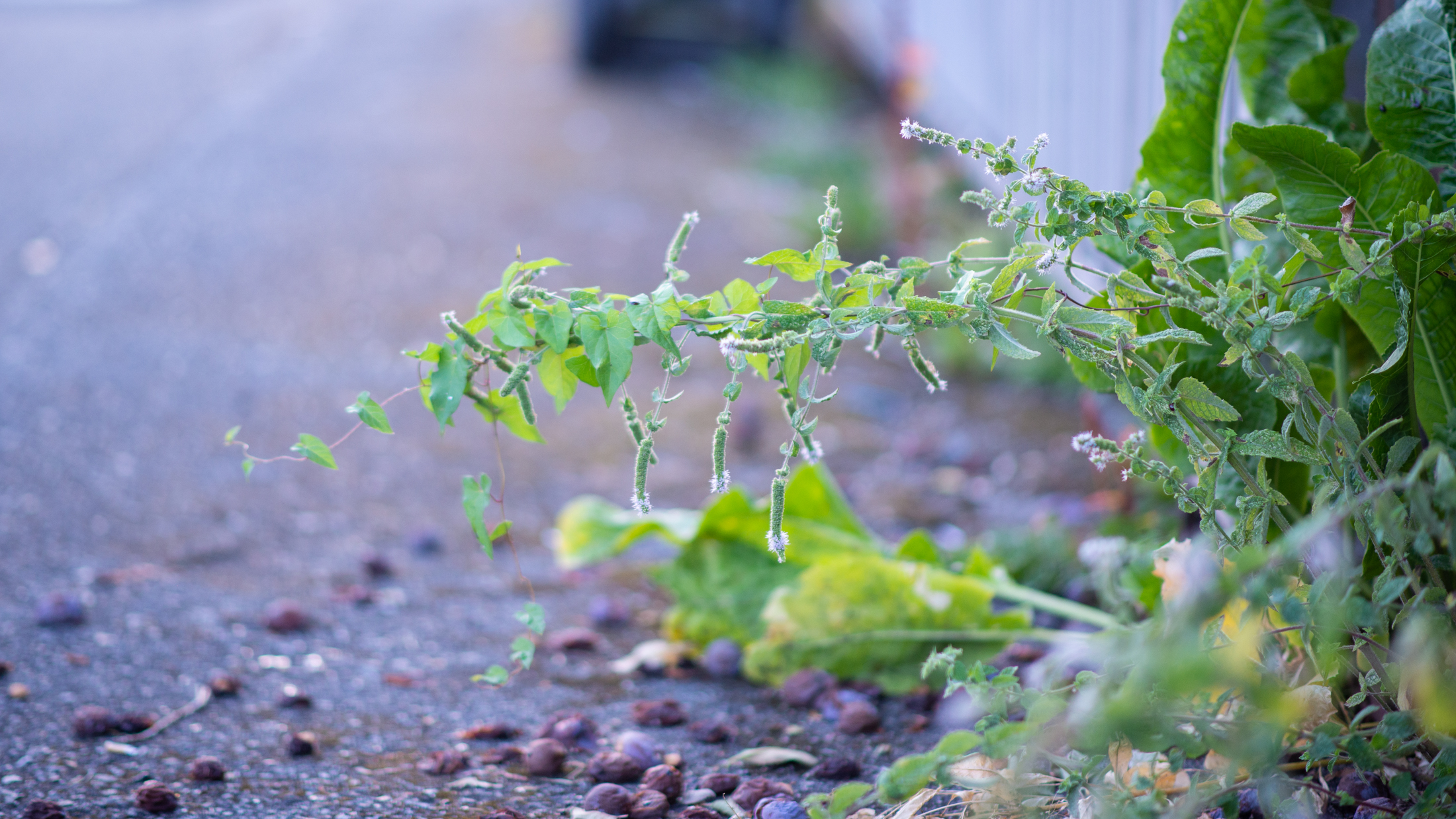 A lemon balm entangled by a morning glory tendril.

The earthy taste of walnuts nicely offsets the stronger, sharper taste of oregano. You can make this pesto when your oregano plant is in full swing in the summer and freeze some in an ice cube tray for later.

1 packed cup of oregano, up to half of which can be replaced with any mix of basil, mint, lemon balm, thyme, or rosemary.

Add all ingredients to a food processor or blender and blend until combined. Slowly add olive oil in a thin stream until the mixture is smooth.

Toss on pasta, grilled meat or vegetables, brush onto flatbread, or add to a salad dressing. 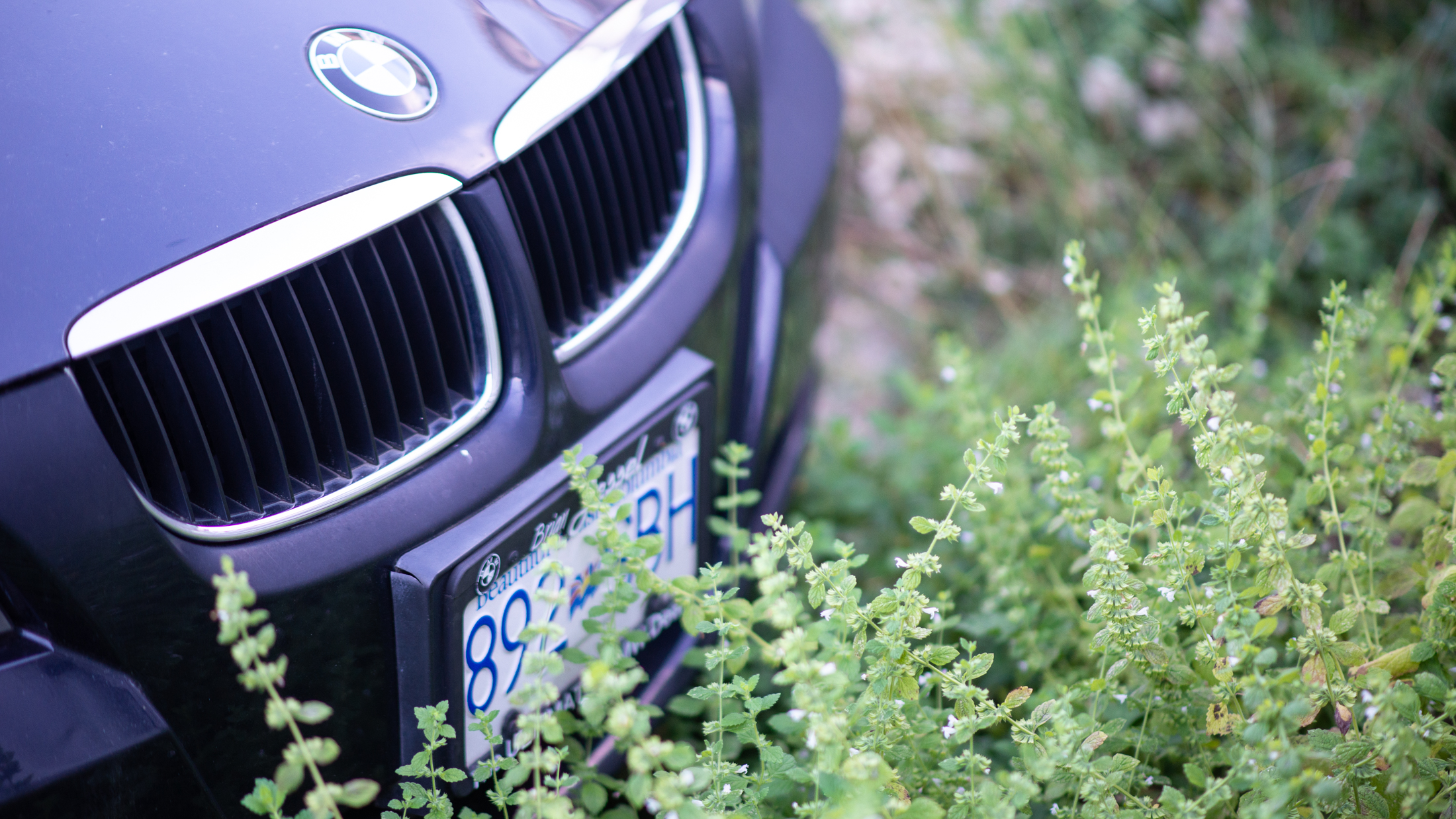 Read more about what’s going on in your Community.