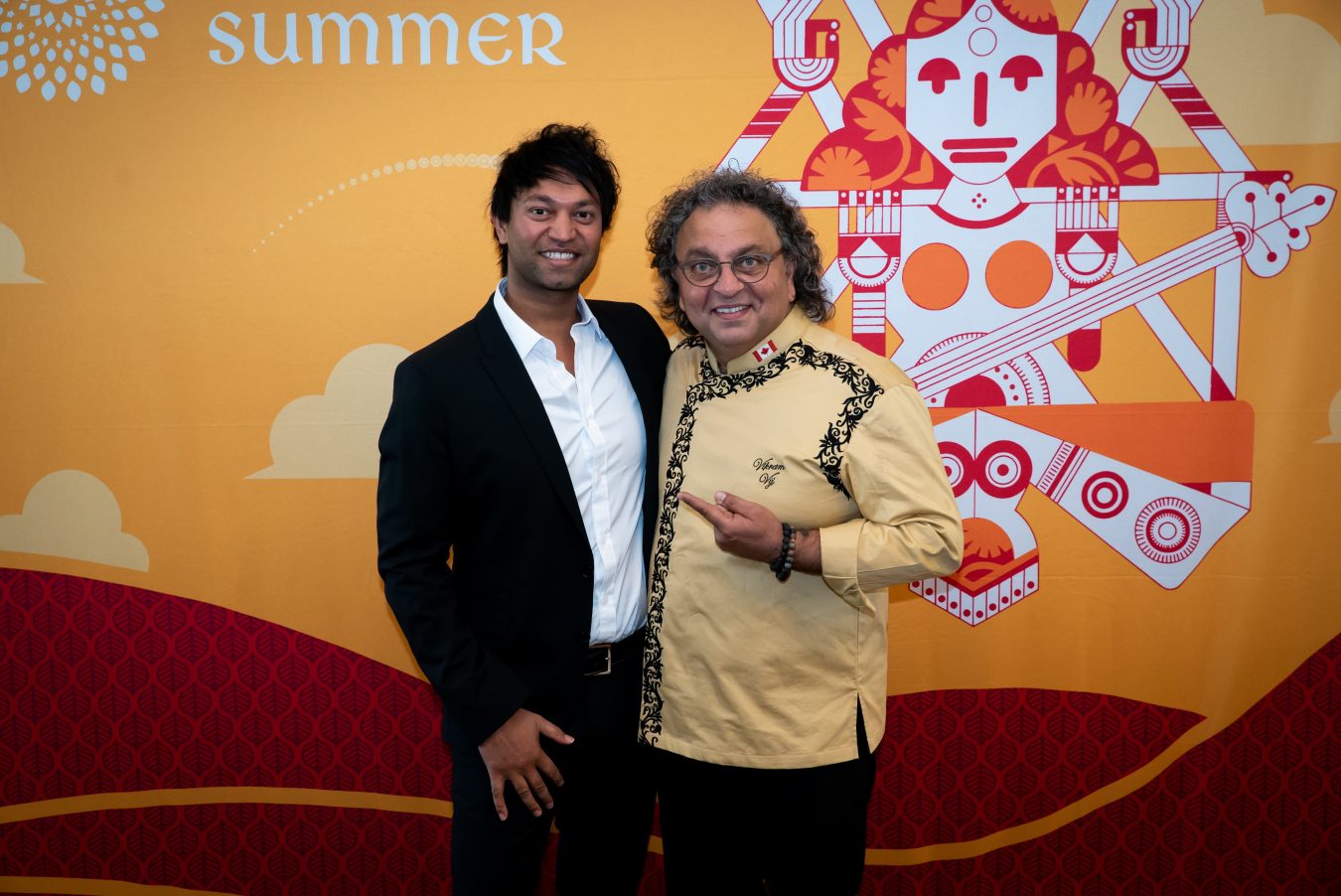 When Saroo Brierley was 28 years old, he decided to undertake the impossible. After 20-plus years of living in Australia, he embarked on a journey to find his biological family in India—a country of 1.3 billion people. His method? Relying on his photographic memory, intellect, and Google Earth.

“I ended up finding it [the Indian train station where he was separated from his brother] in 2011, exactly the sort of way it projected in my head—in my memory,” he explains. Inside a private dining room at the Fairmont Waterfront’s lofty ARC restaurant, Brierley’s once easy-going expression recalls a difficult time in his past. “Many times I would be searching and falling asleep on the couch with the laptop on my lap. For years that happened. It was early in the morning and I would have that sort of groggy sense. I thought, ‘Is this some sort of dream or real life?’”

First portrayed in a 60 Minutes Australia episode in 2013, then in his international best-selling memoir A Long Way Home, and recently in the Oscar-nominated film Lion (2016), Brierley’s tale of love, family, and perseverance has touched people the world over. Born in the small suburb Khandwa in Central India, Brierley was just five years old when he became separated from his older brother, Guddu, at that local railway station. Unbeknownst to him, Brierley boarded a train that would send him 1,600 kilometres away from home and into the bustling metropolis of Calcutta. Illiterate and unable to speak the dialect of the region, he survived on the streets alone for three weeks before being taken in by the Indian Society for Sponsorship and Adoption and then welcomed into the home of John and Sue Brierley of Hobart, the capital of the Australian island state of Tasmania. Despite years of trying to forget, Brierley became compelled to try finding his family in his mid-twenties, trusting his memories and intuition to guide him there. And after years of persistence, they did. In 2012, Brierley travelled to Burhanpur, India where he traced his way back to his hometown and finally into the arms of his biological mother.

“She’s such a conversationalist. Such a poetically eloquent woman,” he says, having just visited his mother, Fatima Munshi, a week-and-a-half ago. With the help of a translator, they talked about her health, his siblings, and what she was like when she was a girl. They took a taxi to a park and enjoyed ice cream together, watching his nephew play in the distance. “There’s 25 years of separation and so much to talk about,” adds Brierley. “All of these memories that you’re not too sure if you’re making up or they’re real, so you’re hesitant to ask.”

Now a highly sought-after keynote speaker at 36 years old, Brierley spends most of his time in the air, travelling from country to country and sharing his incredible life experience. Hair mussed from the 14-hour flight from Sydney to Vancouver, Brierley’s fascination with the city is something to be admired. “It’s like a bigger version of Hobart, Tasmania,” he says, the fondness of his adopted hometown obvious in his voice. “I just like the feel. I really like the lushness. I don’t say this a lot, but this would be a city that I’d like to come back to for holidays and go up to Whistler and do some skiing.”

On his first visit to Vancouver, Brierley made a much-anticipated appearance at Dinner by Starlight, a fundraising gala organized by the Indian Summer Festival (in 2018, taking place from July 5 to 15). As the chosen guest of honour at the sold-out event at the Robert H. Lee Alumni Centre at UBC, a unique, one-off menu was prepared especially for him by local culinary legend Vikram Vij.

In spite of the odds set against him, Brierley is a living example of what self-reliance and tenacity can accomplish. He proves that success isn’t achieved easily, like a straight line. Instead it’s a wave—dynamic and powerful.