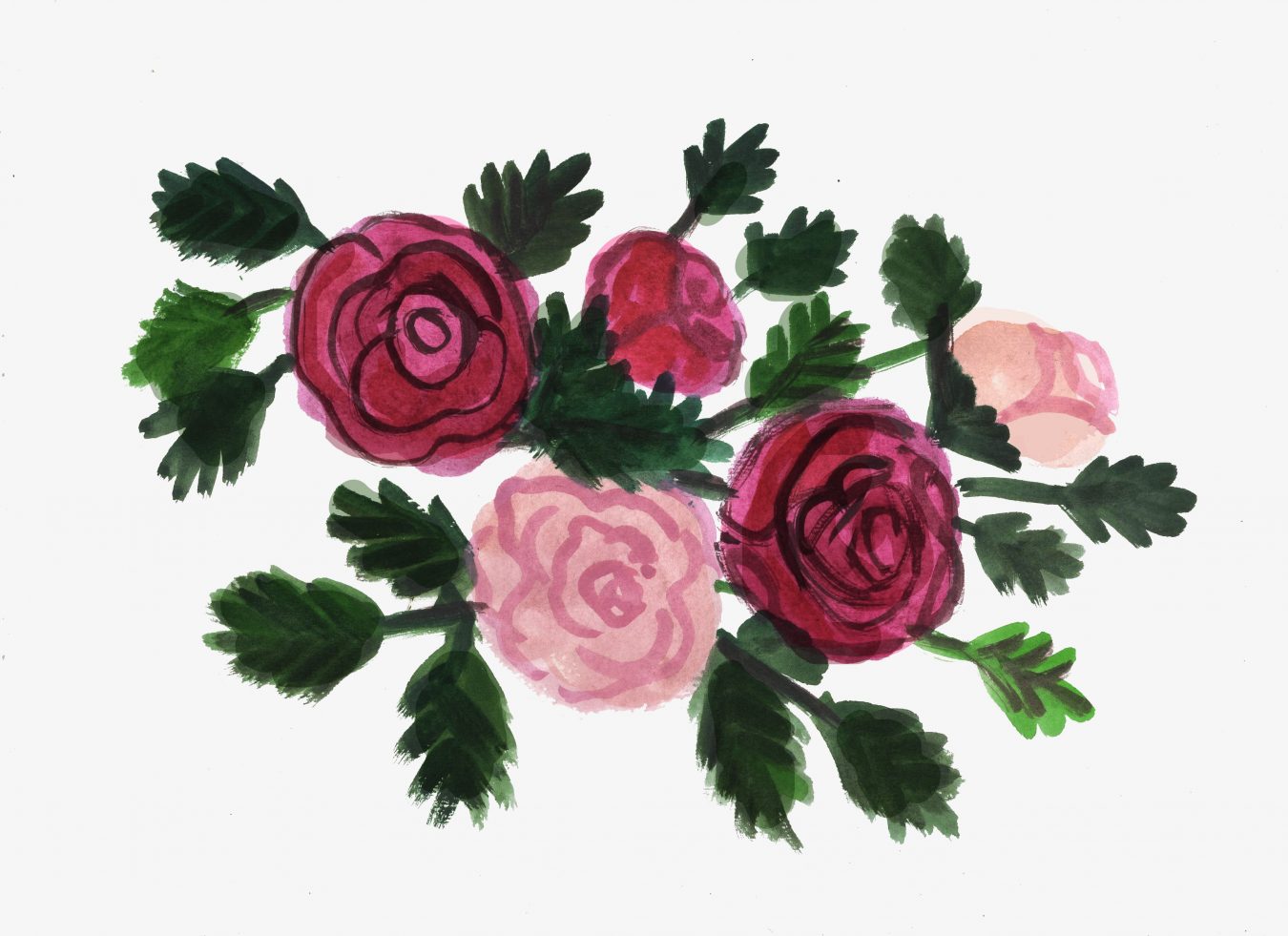 It’s very easy to spot gardeners. Hands painted with a day’s work of dirt and soil, sturdy rain boots covered in mud, and a practical coat to keep dry through the day, they move freely and purposefully, tending to their crops as gently as they would a newborn. On a rainy January day, Peter Norton, the head gardener for the Stanley Park Rose Garden, fits this description perfectly as he emerges from the trees to meet with me.

“I’ll die with my boots on,” he says, laughing, as he shakes off the rain from his shoulders outside the Stanley Park Pavilion. Over a cup of coffee, he delves into his techniques for keeping the Stanley Park Rose Garden one of the most admired attractions of the Lower Mainland.

Home to more than 10 different varieties of roses, with roughly 3,500 single stems across 60 beds, the garden was first planted here in 1920 by the Kiwanis Club. Every year between the months of June and December, a spectrum of colour is in full bloom; the romantic flower brings the southern corner of Stanley Park to life with its sweet scents. It’s a beautiful little spot, and we can attribute some—if not most—of it to Norton.

“I’m the longest-serving gardener because most gardeners aren’t crazy enough to stay out in rain,” he says, smiling.

He joined the profession in the 1980s after leaving a mundane office job in Ottawa, and is the longest-standing gardener of the Vancouver Park Board; as such, his hands have shaped an impressive list of gardens around town, from VanDusen to Queen Elizabeth Park. Norton has, as he describes it, followed his bliss, and has been at the Stanley Park Rose Garden since 2014.

Travel to any distinguished rose garden around the world and you will find a multi-person caretaker team and a pristine regimen: cutting down stems in the winter or spring; maintaining the watering; grooming any loose ends above the buds; feeding the beds with soil; and sweeping away the underbrush of leaves and foliage, often using herbicides and pesticides. Though Norton was formally trained in this theory of gardening, he believes his fresh and holistic approach, as well as experimentation, has allowed the roses in Stanley Park to flourish.

“When I came here I found that there were a lot of really runty roses,” he recalls. To his surprise, he discovered that the previous gardeners were using heavy clay and sandy soil in the beds, suffocating the roots and causing a drainage problem. The roses had also been over-sprayed with herbicides and pesticides, stripping the soil of any natural nutrients.

Norton’s routine includes layering soil for “breakfast, lunch, and dinner” as well as adding a special blend of manure and mulch to manage the pH and acidity levels. When it comes to hydration, he leaves it to Mother Nature, allowing the distilled rainwater to run its course.

“Plants adapt, you know. It’s hard work. But you get gratification.”

Norton works on the rose garden year-round for eight hours a day, most of the time on his own but occasionally an additional helper will come in during the warmer months. When Norton does take some time off, it’s in the summer, and he spends it travelling the world, visiting rose gardens in places such as the United Kingdom, Africa, and the Caribbean. “Cuba is unbelievable,” he muses, also recalling the endless rows of roses he saw in Edinburgh, giving him inspiration on how to maintain the garden back home.

Much like anyone with a green thumb, experimentation is half the fun for Norton, who enjoys featuring new and exciting varieties in bold colours. His liberal approach means the roses will often look charmingly wild and untamed come spring. He also refuses to give up on any single rose, despite the tedious Pacific Northwest conditions.

“Every year in the winter I replace three to five beds that are struggling. I will move them down to different places and observe how they’re doing,” he says, pointing over to one bed that can now be found under the Lord Stanley statue.

“The worst part of this rose garden is that it’s in the middle of the rainforest,” he notes. “It’s the absolute worst place you could ever put it. But, plants adapt, you know. It’s hard work. But you get gratification.”

As we leave the Pavilion and enter the garden, a soft, delicate smell overwhelms us amid the otherwise muddy situation. “I have roses that smell like apricots, peaches, grapefruit, watermelon,” Norton says. His favourite? The beautiful red Desmond Tutu that is known for its very clean and sturdy growing patterns.

Each rose bed has been appointed a name, almost giving it a personality, and we stop at one named Beverly. “This is the Queen’s favourite,” he says, indicating the Grandiflora rose, which smells like citrus. To the right of the royal rose is a Butterfly Tree, which makes for an exceptional place to take angelic photographs. The tree secretes a potent element that butterflies love—they end up feeding on it and passing out under the tree for hours, as if this were some sort of enchanted forest.

Much of the landscape here has remained the same since Norton arrived in 2014. The rose garden is split in half by Pipeline Road, with park benches and pathways traversing the southern end, and there is ample room for visitors to spread out on a picnic blanket. For Norton, sharing the garden with locals, tourists, and other rose enthusiasts is one of the many things about the craft that brings him joy. “There are some I’ve grown really tall because buses go by,” he says. “Why not show them?”

For the first time all day, the sun unexpectedly appears in the sky. “They might open up!” exclaims Norton, rubbing the closed squeaky bulbs of the Beverly bush. As we part ways, I can only hope it’s all blue skies ahead for this gardener and his roses.

This article from our archives was originally published on February 14, 2018, and updated on May 18, 2021. Read more about Vancouver.