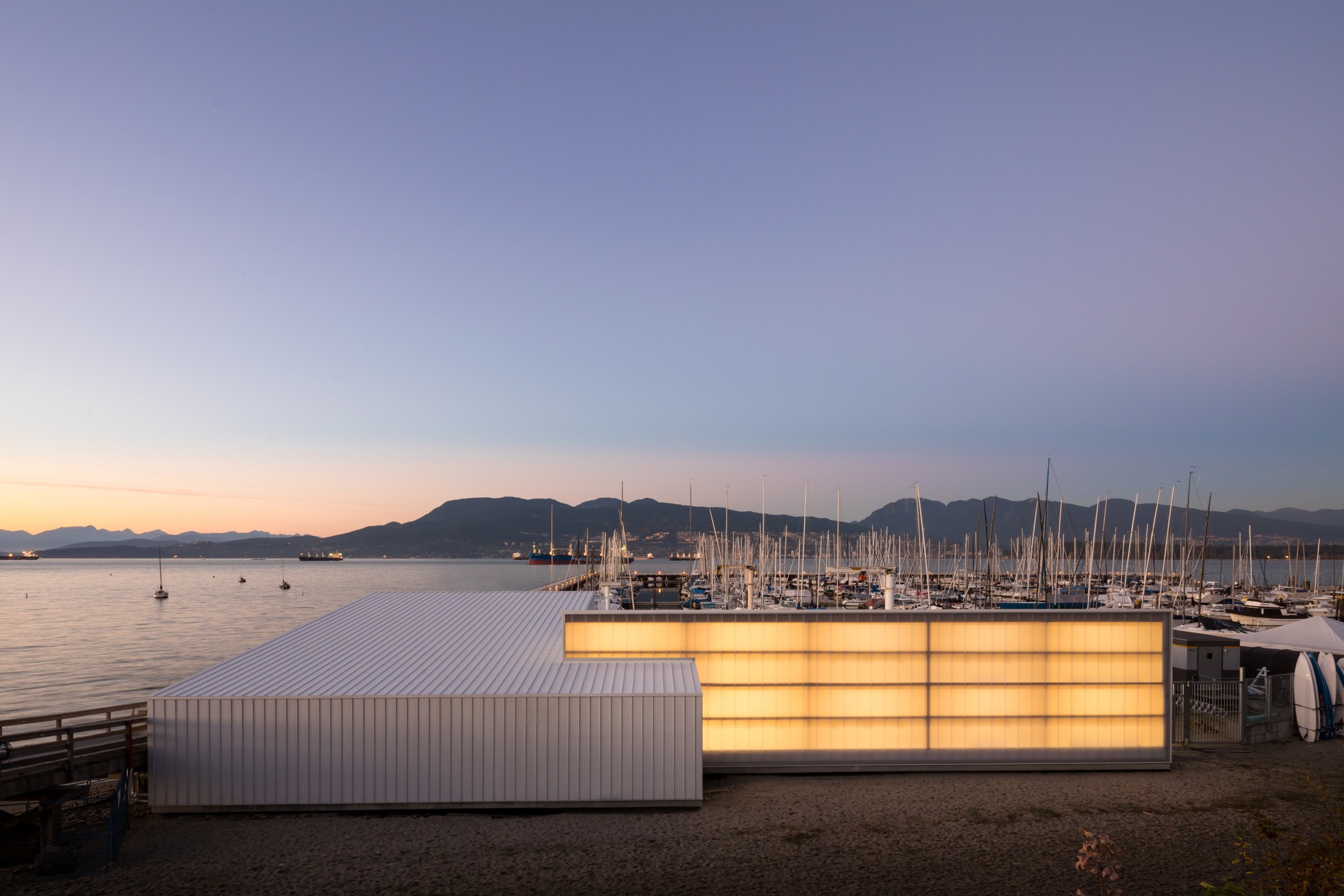 Since opening a clubhouse on Jericho Beach in 1927, the Royal Vancouver Yacht Club has resided upon a stunning stretch of coveted coastline. Ninety years later, a fresh and functional dock building, designed by Michael Green Architecture, was added to its footprint.

With a nautical design partly inspired by boat sails, the simple structure sits on the shoreline where “the beach is kissed by the sea.” It was that song lyric (from the Who’s “Love, Reign O’er Me”) that floated through architect Michael Green’s mind as he designed the building with his team, but its architectural intention is not to crane boaters’ necks with undue flashiness, nor steal the spotlight from its natural surroundings. Instead, it performs a utilitarian function: as a working building, serving a large marina.

And now it has been rewarded, among 11 other projects, with a Royal Architectural Institute of Canada’s Governor General’s Medal in Architecture—the highest distinction given to an architectural project in Canada. 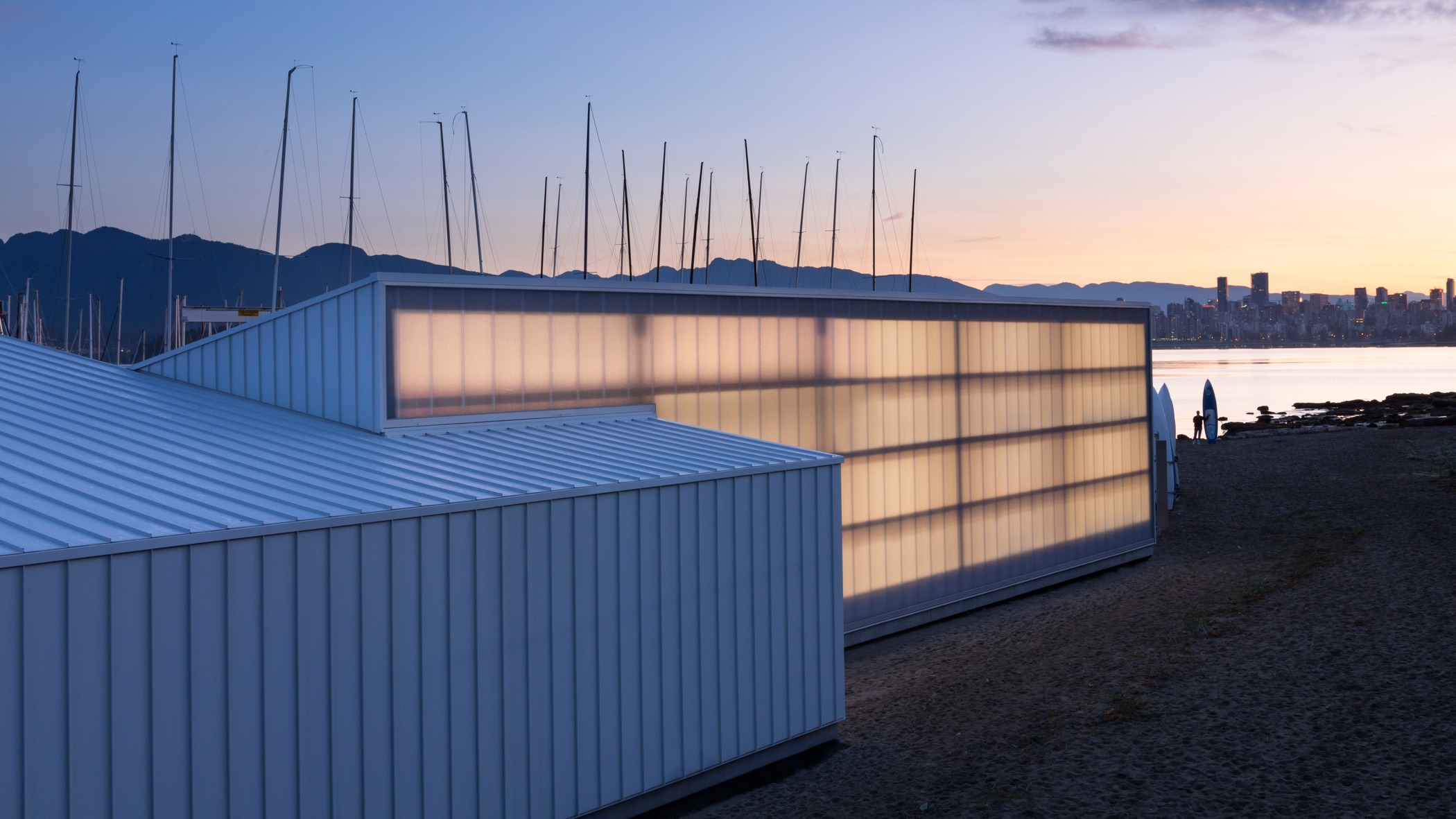 The inclusion of a somewhat humble dock building—housing workshops, showers, instruction spaces, washrooms, and storage areas for sailing gear—may at first seem remiss in the award-winning company of glitzy museums, grand performance halls, or graceful libraries. But its recognition is in fact progressive, flipping the script on what the stereotype of an “award-winning building” may be.

“I think there is a real specialness that the jury chose a building that is so modest,” Green says.

Industrial buildings are “rarely ever thought of as places that can be ‘beautiful architecture,’” he says. “I think we need to change that attitude, and recognize that all buildings have an opportunity to make their community a more beautiful place, or a more functional place. All buildings deserve some care and thought.”

The Royal Architectural Institute’s jury members singled out the dock building’s “simple form and efficient organization,” calling it both poetic and sensible, and praising its “careful thinking” around composition and materials. “To coin a phrase,” the jury wrote, “sometimes less is more than enough.” 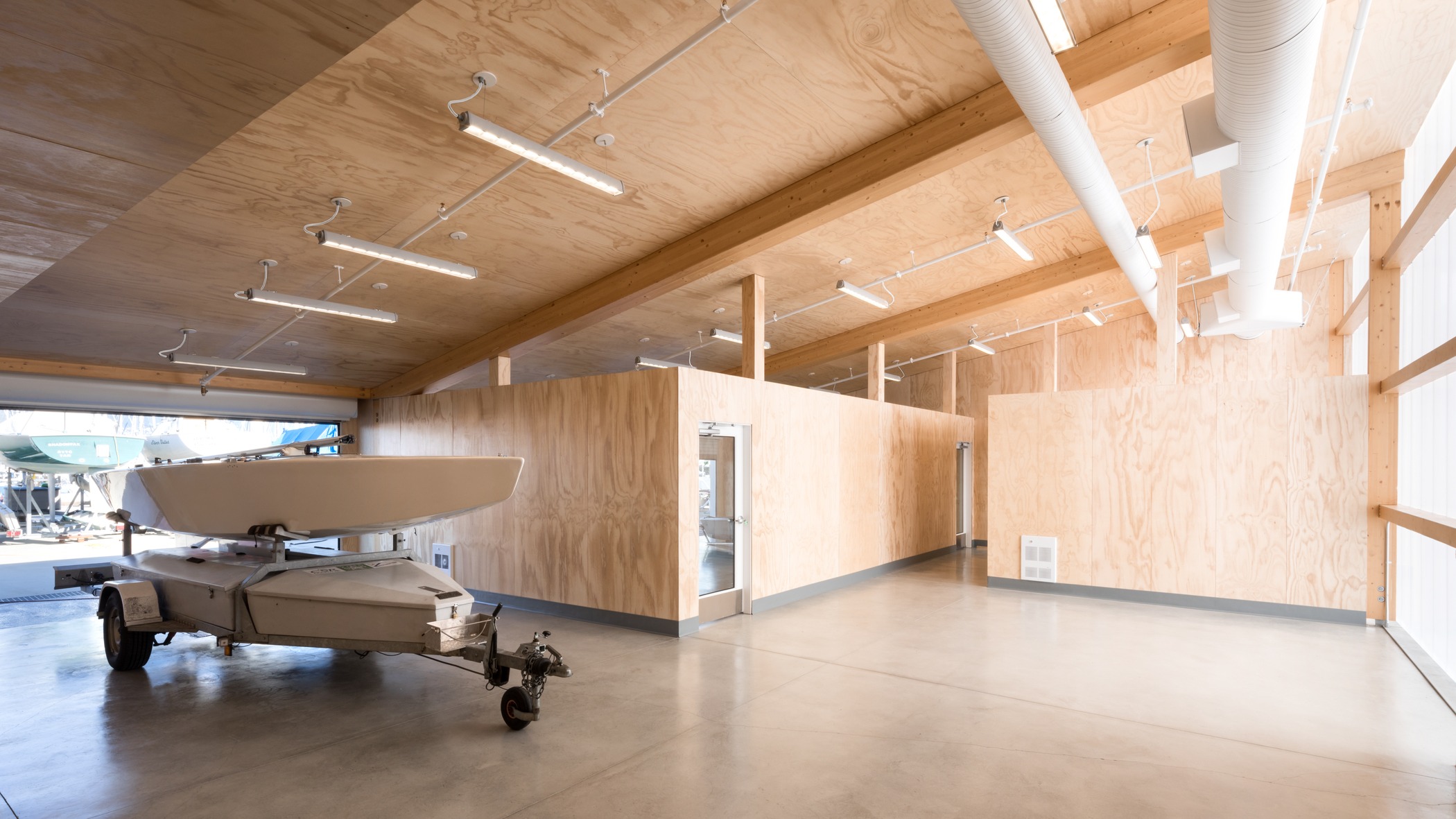 The design process itself was an unusual one because of the sandy building site. “It needed to have a foundation that sits above the beach, and be sensitive to the ecological issues along the water’s edge,” Green explains. A large chunk of the $3.5-million budget went into that base foundation—highly unusual for a new building—and the final product was constructed out of metal, timber, concrete, and polycarbonate translucent sheets.

Albeit a fairly simple overall design, there are some special subtleties in the structure that bring the architect joy. For instance, the roof forms a sharp knife’s-edge on the ocean side, alluding to the prow of a racing sailboat. And when the lights are on inside, a lantern effect is created as light flows hazily through the polycarbonate panels. In fact, those cost-efficient sheets were an important piece of its architectural puzzle, allowing daylight to flow inside while also providing a durable carapace that could withstand the accidental hit of a ship’s mast.

Green referenced the area’s heritage in the design, as well, recalling the big timber fisheries and canneries that once lined Vancouver’s waterfront. They, too, were housed within simple, functional forms such as wedge- or gabled-shaped buildings. 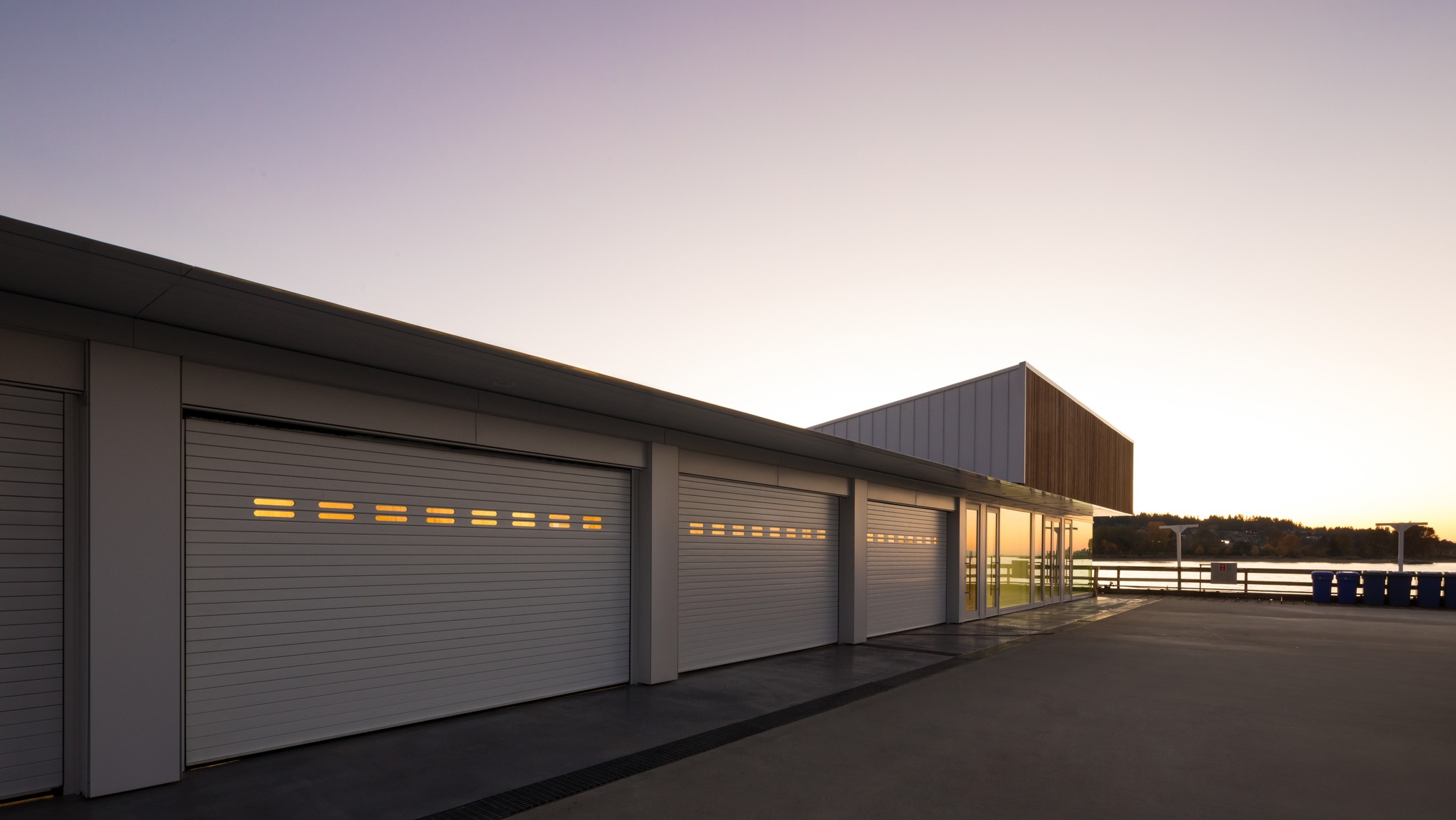 “They were not designed to be ‘architecture’—they were designed to satisfy a need and a purpose. And I think the spirit of this building is the same: a simple gesture of architecture to satisfy a need,” says Green. “I love that this project was honoured with a Governor General’s because it really speaks to the fact that good architecture doesn’t have to be expensive. It just has to be thoughtful, careful, simple—and it needs to belong to its place.”

The yacht club’s dock building not only belongs to its place but also has a stealthy ability to blend into it. “You can walk by it a million times and not notice it, and that actually brings me joy,” Green says. “It’s got this really lovely modest quality that I think is really important. The site is the beauty; the utilitarian purpose is the beauty. And it is just a simple, quiet building on the beach.”

Read more in our Design section.