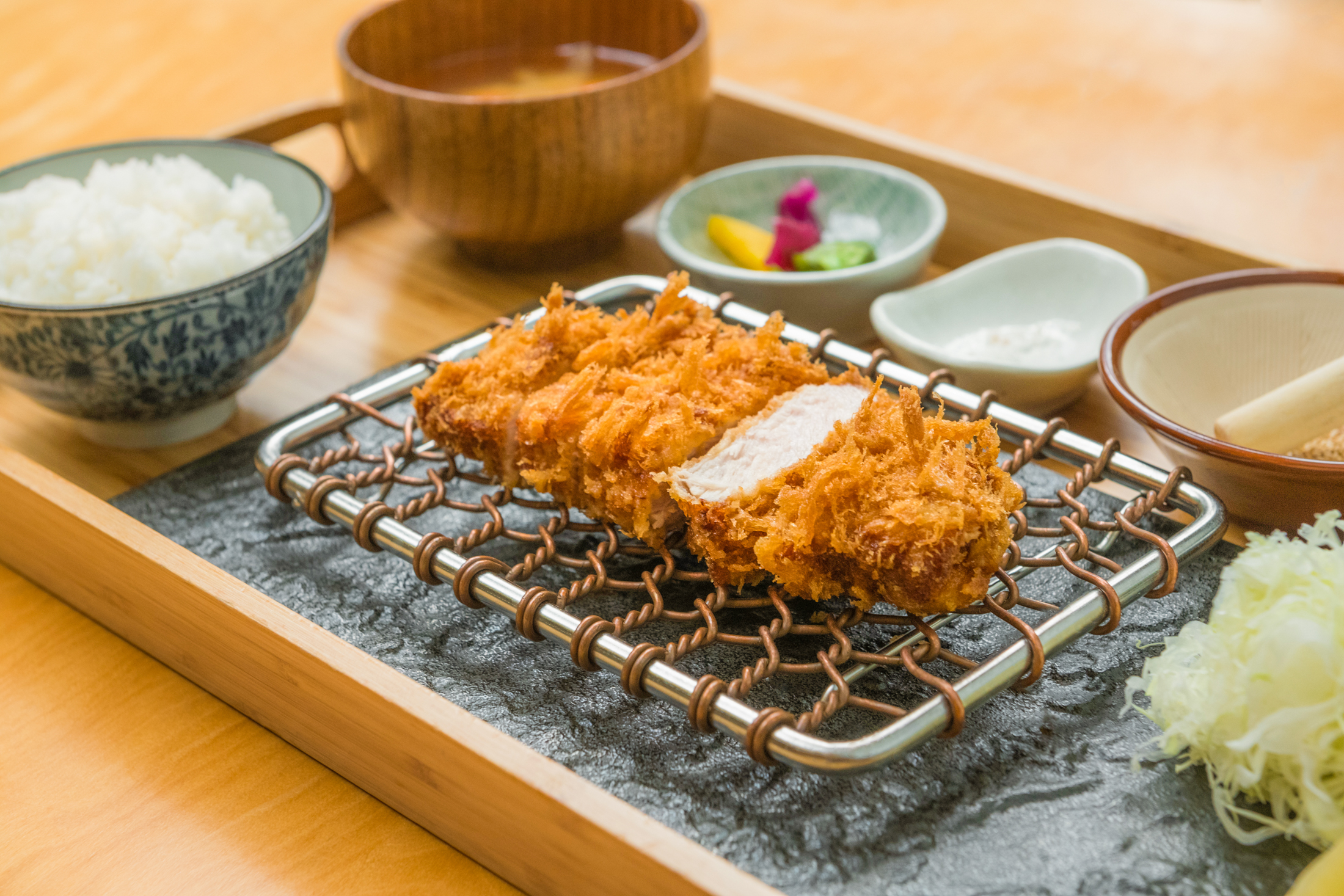 As the weather cools and classic Raincouver returns, many of us turn to the comfort of  warm, satisfying dishes, such as ramen or fried chicken.

But lately, I’ve been indulging in the hearty, breaded, deep-fried Japanese pork cutlets known as tonkatsu. These thick slabs of juicy meat encased in a crispy crust are made to order and full of flavour, and many of them come with unlimited sides of rice and shredded cabbage. It’s a perfect way to embrace the changing of the seasons.

Here’s where to find the best tonkatsu in Vancouver, not to mention some of its delicious and possibly unexpected variations (think seafood and vegetarian-friendly options).

This is one of the city’s most popular establishments for tonkatsu and other katsu meals and for good reason—luckily it has a second location when the lineup gets too long. Saku’s tonkatsu is known for its crisp yet tender bites, probably because it uses premium Canadian-raised pork. The rosu katsu features pork loin, and the hire katsu uses pork fillet. Don’t forget to try the dipping sauces, such as the tonkatsu sauce with sesame seeds and lemon sea salt, which complements the meat nicely. 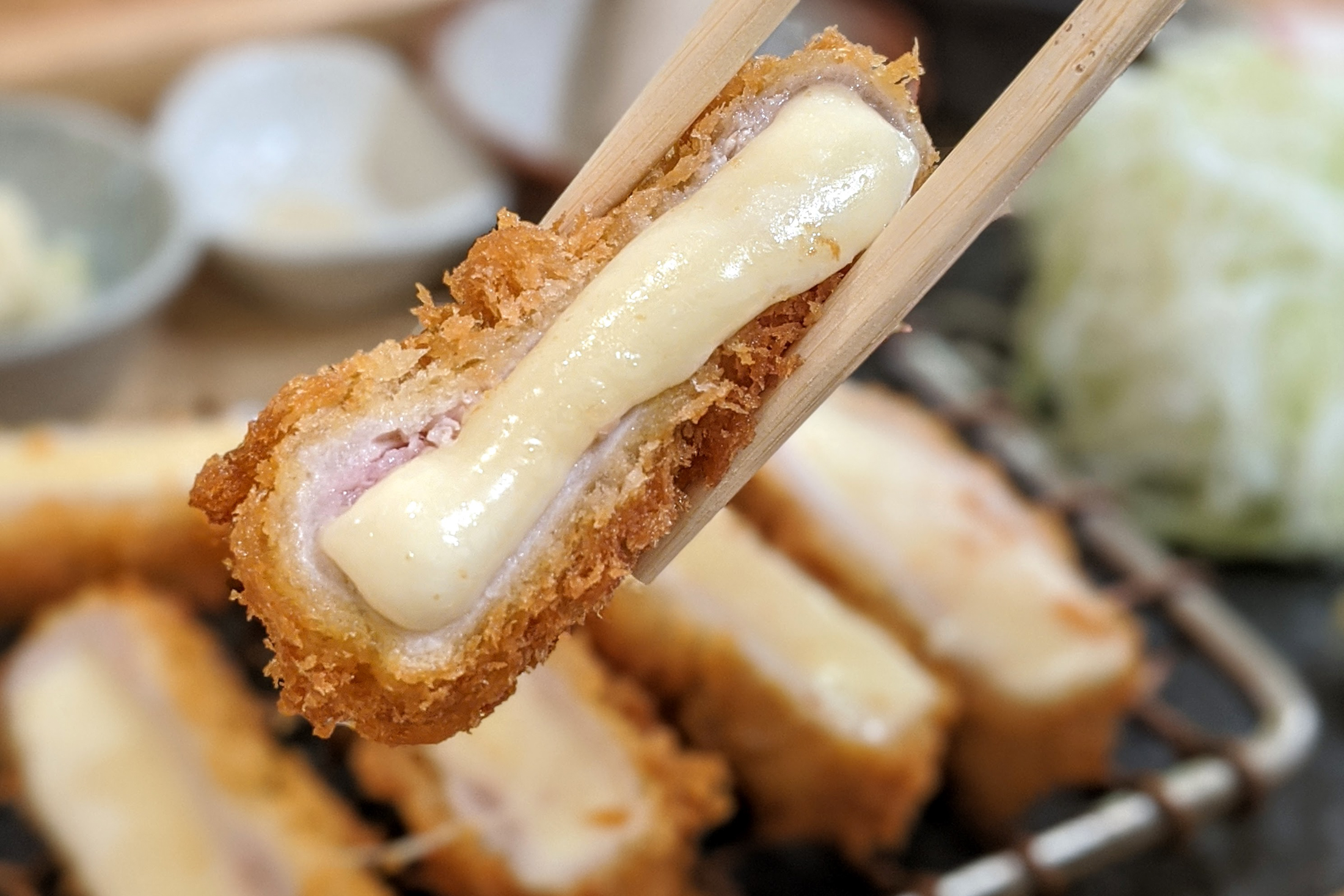 And be sure to try the drool-worthy cheese katsu, which is deep-fried breaded aged mozzarella wrapped with thinly sliced pork—I promise, it will be a game-changer. Seafood-lovers will also enjoy the ebi hotate katsu (deep-fried breaded jumbo size prawns and scallops), and vegetarians can check out the vegetable katsu (deep-fried breaded tofu with seasonal vegetables). The best part is every katsu set comes with unlimited refills of rice, tonjiru (Japanese soup), and shredded cabbage—which tastes amazing when drizzled with its sesame dressing.

Tucked away in Vancouver’s historic Japantown, Dosanko is known for its Japanese home-style cuisine. Its tonkatsu and rice dish is a particular highlight, featuring panko-crusted heritage old-spot pork served with house-made tonkatsu sauce, koji mayo, greens and cabbage, and rice. 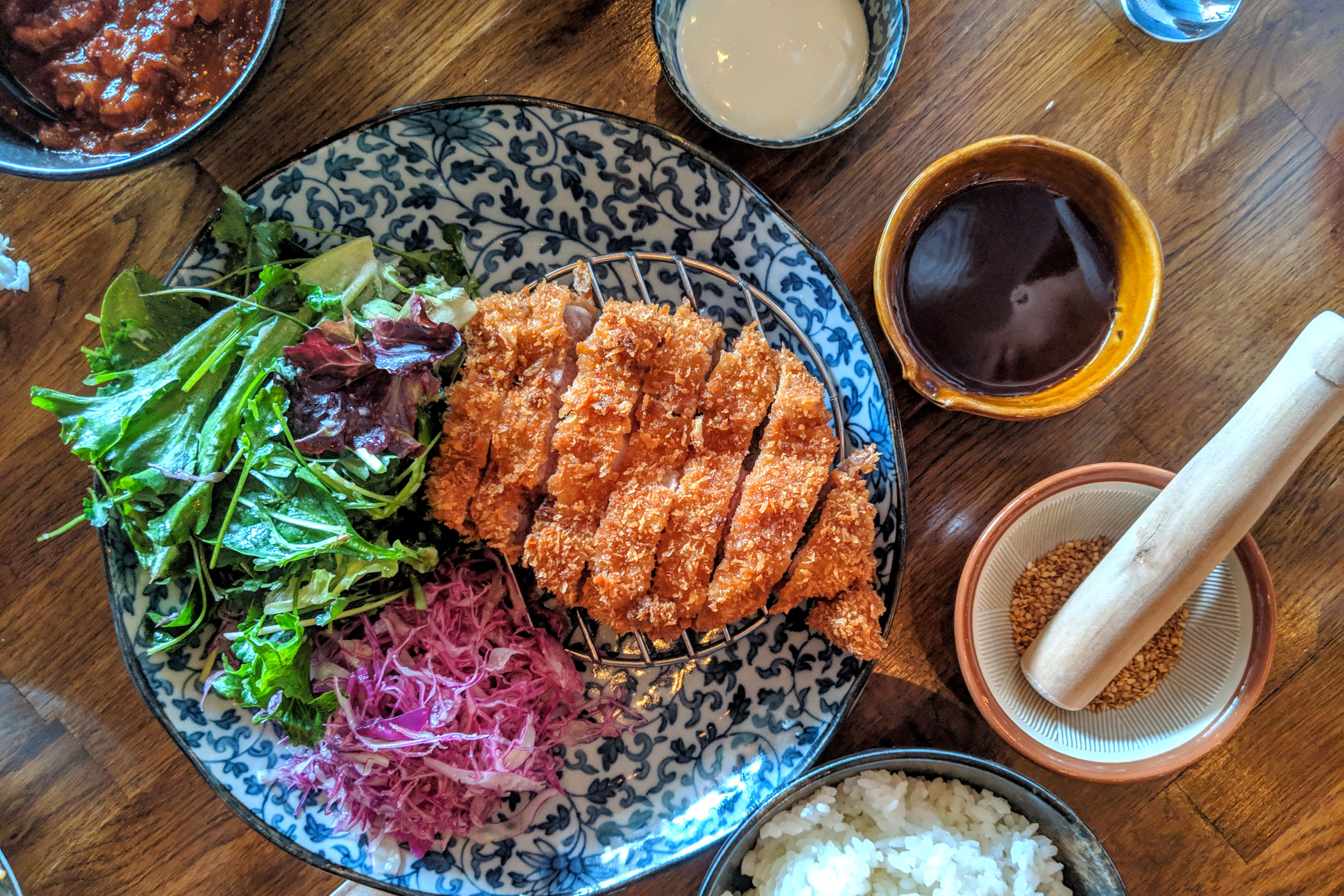 Beautifully plated, the tonkatsu is neither too oily nor heavy, and diners can choose their preferred cuts of meat, such as pork loin or shoulder. Beef belly and tofu options are also available. A variety of katsu sandwiches (such as spicy chicken and ling cod fish), and katsu donburi bowls, are also available during lunch.

Downtown’s Gyoza Bar has an exciting pop-up inside its restaurant right now, and if you don’t regularly follow local food happenings, you might have missed the news when it launched this summer. The Marukatsu pop-up specializes in Japanese deep-fried cutlets served in teishoku (set meals), which come with miso soup, steamed rice, and cabbage. 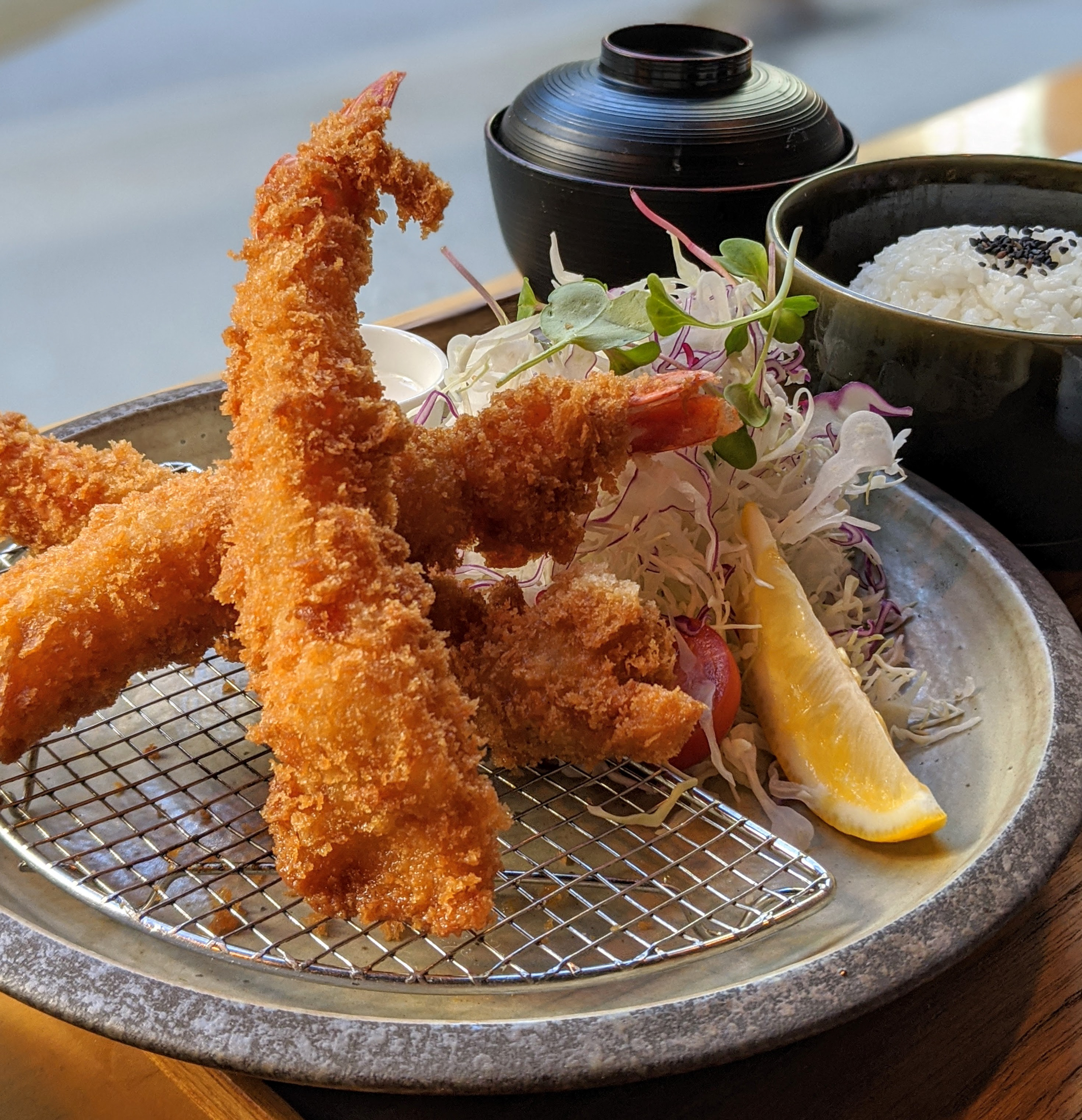 If you’re looking for classic tonkatsu, try the marukatsu teishoku (which features pork or chicken katsu) or the tenderloin teishoku. The ebi fry (shrimp) teishoku is also fantastic, with juicy crustaceans crispy batter deep-fried to perfection.

Diners visit South Granville’s Suika for its fresh take on Japanese tapas and izakaya dishes, but its double tonkatsu is notable enough to warrant a visit, too. With two pieces of fried pork-loin cutlets coated in a  special, fresh panko crust, it’s served piping hot and extra crispy. 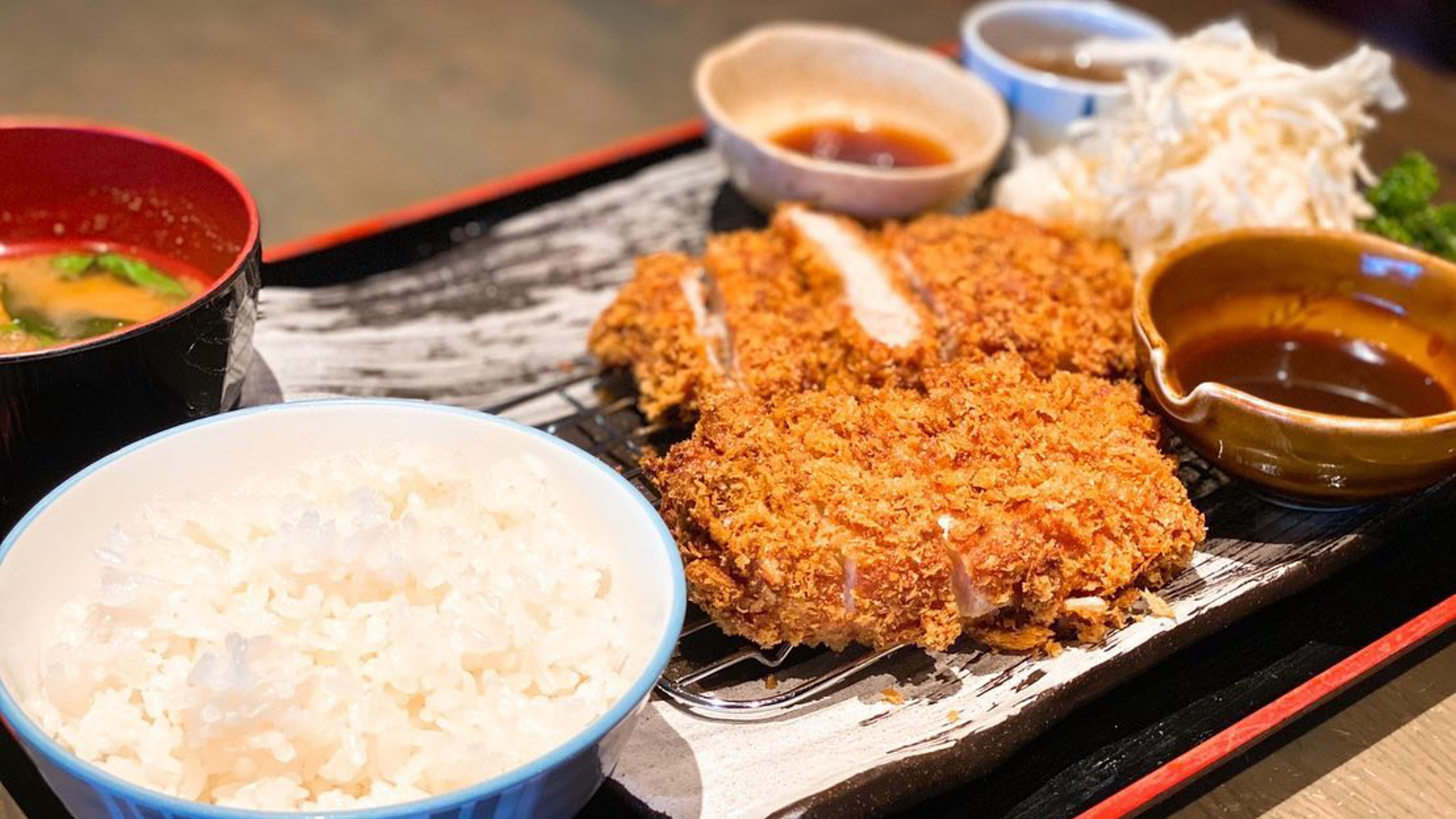 The meal also comes with two kinds of dipping sauces, miso soup, and rice—more than enough to satisfy.

This newcomer is actually a food truck situated on the corner of West Georgia and Granville Streets, and has been generating a lot of buzz within the local foodie community. 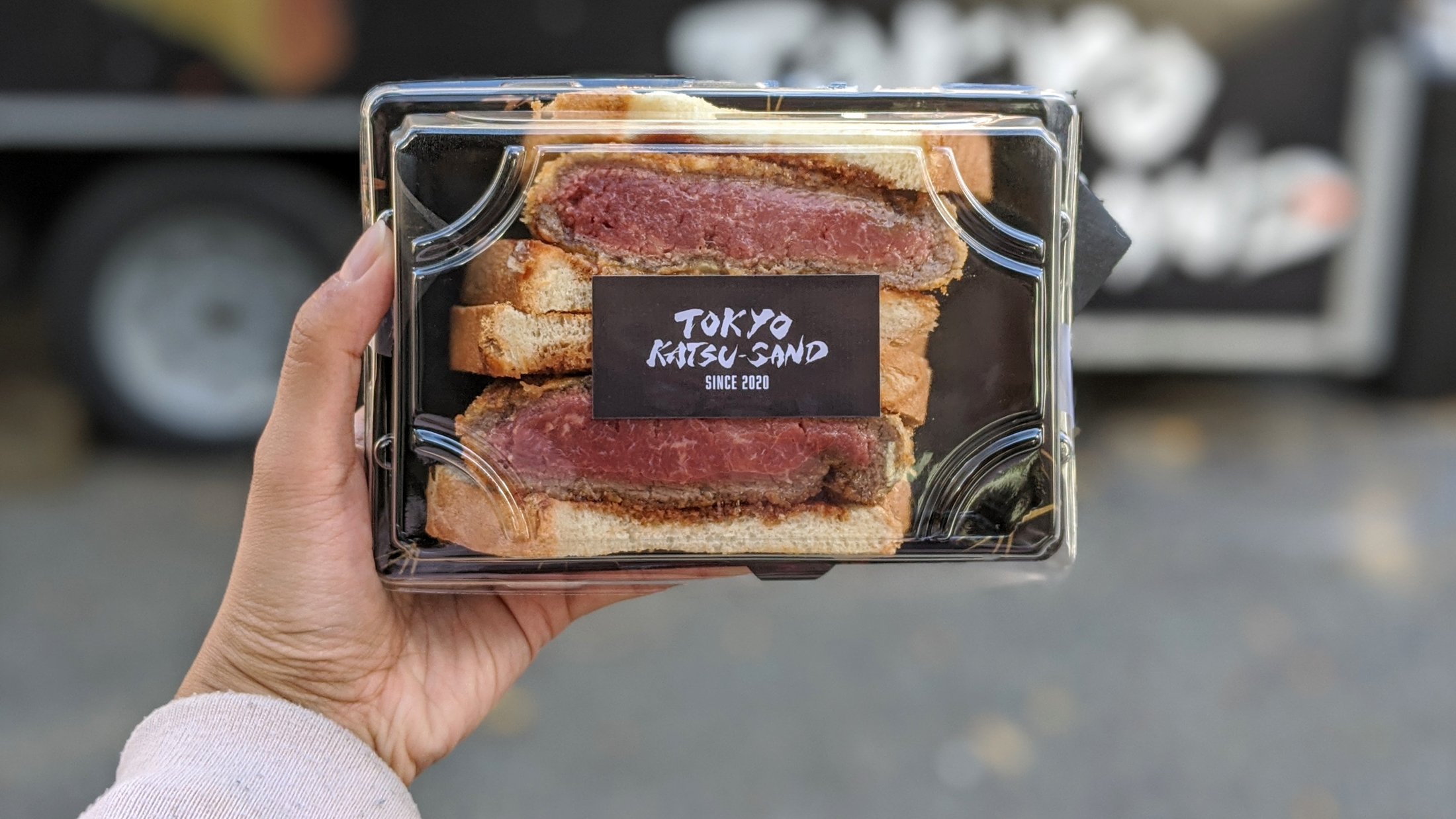 But the bestseller is actually the gyu-katsu: a deep-fried AAA strip loin beef cutlet paired with gyukatsu sauce and wasabi-mixed mayo. It may look a bit on the rare side, but after one bite you’ll be hooked on its delicious flavour and tenderness.