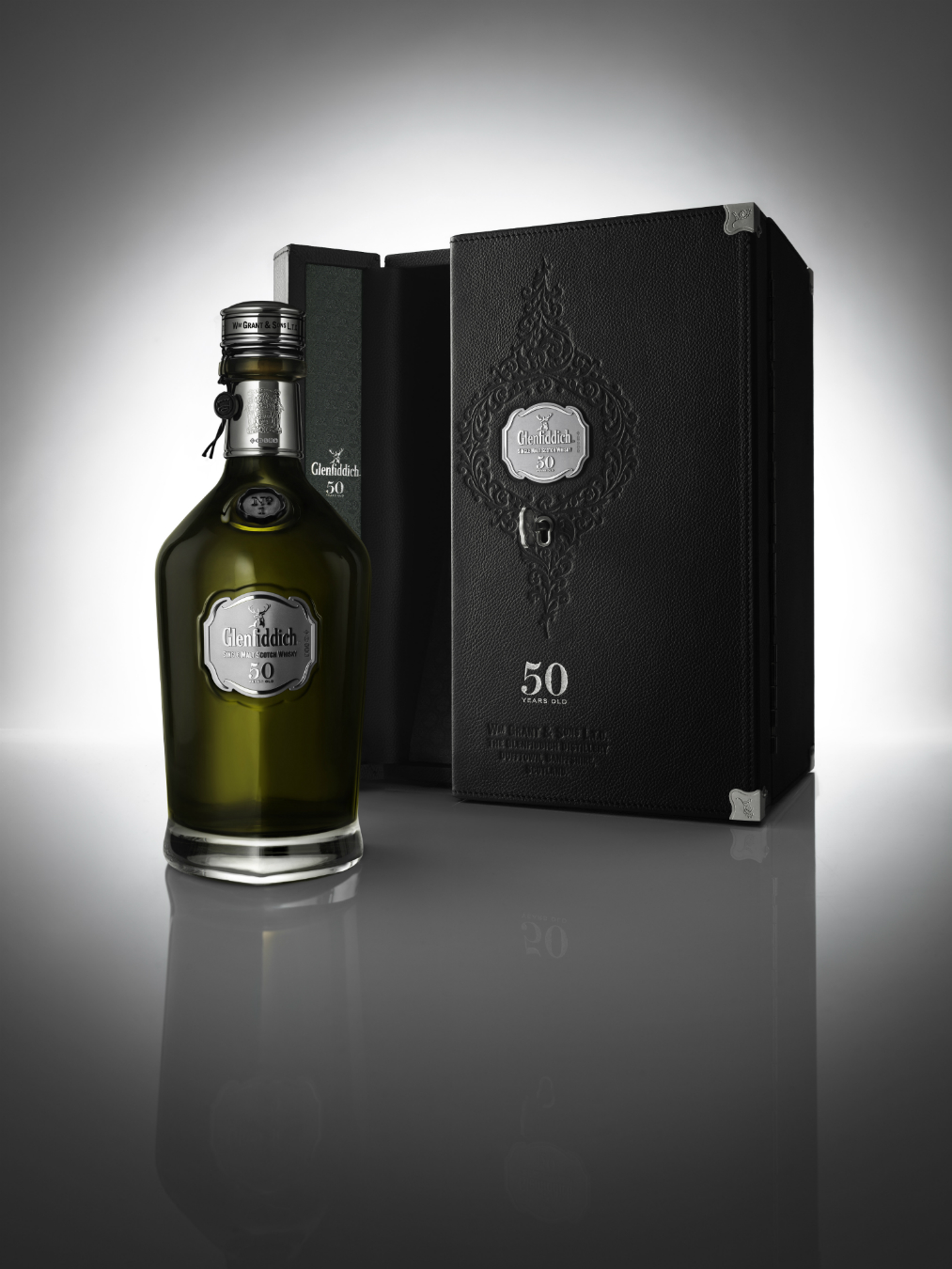 Glenfiddich single malt Scotch whisky was a trailblazer for the North American market—and palate—many decades ago. At a time when blended Scotch ruled the shelves, Glenfiddich and the Glenlivet started to open up a whole new world of tasting pleasure for whisky lovers. The distinctive stag’s head logo (and some savvy duty-free offerings) brought Glenfiddich and its distillery owner William Grant & Sons enough traction that it became, and remains today, one of the best-selling single malts in the world.

Now, something special has arrived: a 50-year-old whisky. “As a family-run distillery, we pride ourselves on our rich heritage and the pioneering legacy of our founder William Grant, and the Glenfiddich 50 Year Old represents just that,” said Mitch Bechard, senior ambassador for Glenfiddich. “Every element of the bottle is handcrafted, down to the knot tied by a world champion master fly caster, which keeps the whisky safely inside the hand-blown bottle until it’s time to be enjoyed.”

This special Glenfiddich 50 Year Old has been recently released in Vancouver. Distributed in a pattern of 50 bottles per year for nine years ending in 2017—making for a total release of only 450 bottles worldwide—the 50 Year Old offers a rare opportunity to experience a distinctive, unique single malt whisky.

The price tag of $36,000 is not for the faint of heart, but it’s the liquor itself that will surely make it skip a beat.