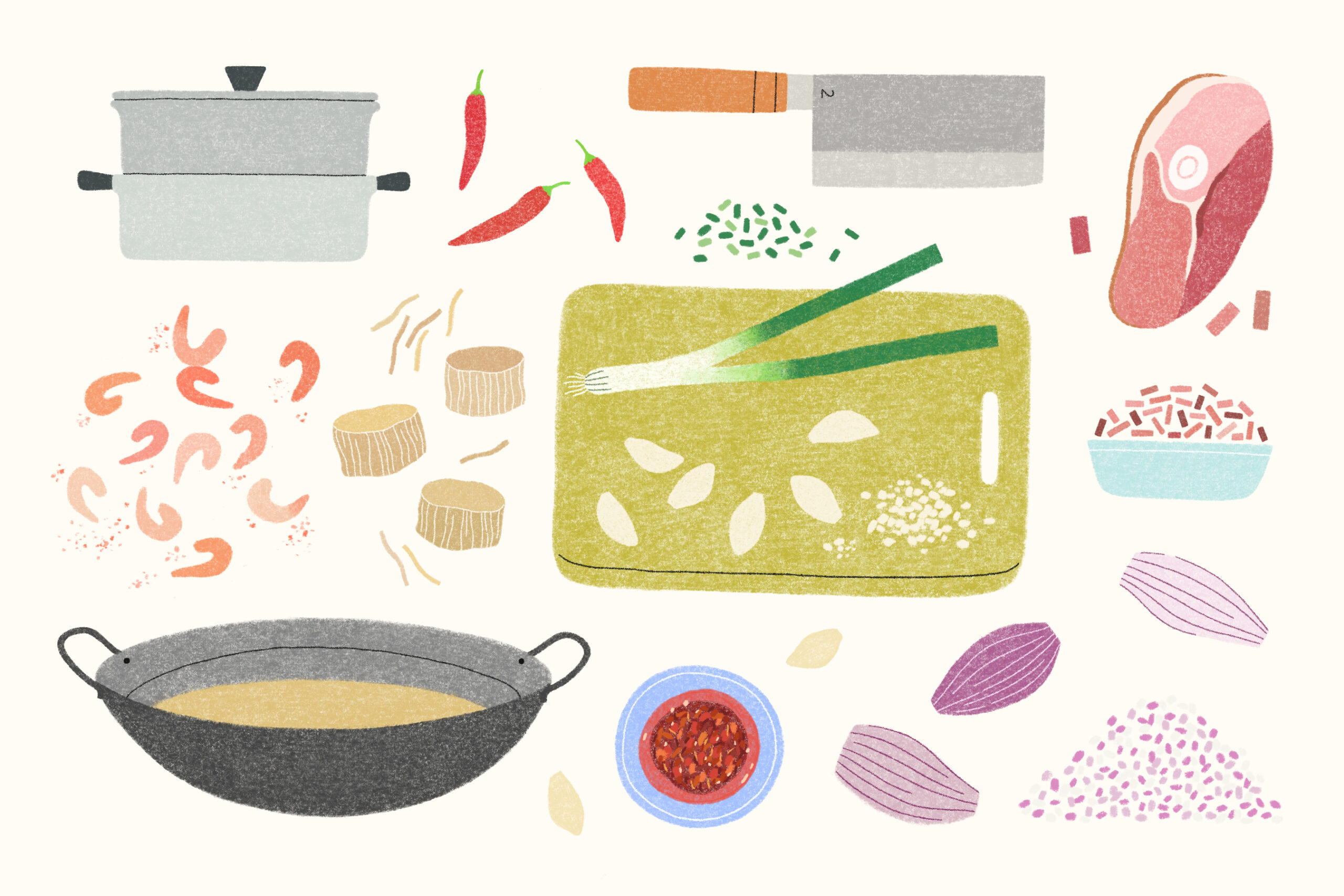 Among the things I most look forward to at Vancouver’s fine Chinese restaurants are the small rituals of welcome as soon as you sit down. Fine teas of your choosing are steeped and poured, perhaps peanuts or pickles served to wake the appetite. But none is more anticipated than the small dish of house-made XO sauce⁠—a luxurious flourish of spice and umami that also serves as a personal calling card for a chef’s cooking style and skill.

But true XO sauce is becoming staggeringly expensive to produce even as its popularity grows. Because XO sauce is generally provided free, short cuts and cheap ingredients have taken their toll on quality⁠—to the point that what is sometimes called XO sauce bears little resemblance to the revered traditional classic. XO sauce is in danger of becoming the truffle oil of Cantonese restaurants: a ubiquitous but false luxury.

But what is this little dish of spicy condiment that carries such cachet?

According to chef Wai Cheun Pan of Chef’s Choice, XO sauce originated in late-1970s Hong Kong, and its luxury-adjacent name was derived from the XO (“Extra Old”) designation given fine aged cognac. Though the name borders on comically aspirational (hello, 1980s), the ingredients, technique, and workmanship are taken very seriously. It’s not surprising that XO sauce was purportedly first developed at the legendary Spring Moon restaurant at Hong Kong’s Peninsula hotel.

Classic XO sauce always includes conpoy (dried scallops), dried shrimp, and Jinhua-style ham (in Vancouver, this ham is produced by Chinatown’s Dollar Meat Store). Each of these ingredients is vital to Cantonese cooking, reflecting the key base notes in a well-made superior stock, which provides the savoury structure in just about every classic Cantonese dish.

The conpoy, shrimp, and ham are meticulously prepared⁠: steamed, cleaned, and hand-shredded, then gently cooked with finely chopped shallots, garlic, and red chili in a neutral oil, creating a chunky sauce rich with rounded seafood flavour. The final product should be well balanced, with gentle sweetness from the alliums and just a prickling of heat to give lift and definition. This is why XO sauce works particularly well with Cantonese foods: the spiciness never overpowers a dish but instead echoes and amplifies the underlying restrained, balanced flavours. It is particularly delicious with dim sum classics such as steamed shrimp dumplings, a stir-fry of thinly sliced pork, or spooned over simply prepared noodles.

But good ingredients come at a steep price. High-quality conpoy costs well over $100 a pound, with dried shrimp and Jinhua ham not far behind. The time-consuming workmanship is also a burden for restaurants with tight kitchen spaces and even tighter margins. It takes two hours to slowly confit the ingredients to ensure deep, resonant flavour without burning while driving out all traces of moisture to protect from spoiling.

All this cost and effort for a freebie.

And though some restaurants will sell jars of their XO sauce for guests to take home, charging for it remains taboo. Wallace Chen, GM at Chef Tony, told me that asking guests to pay for XO sauce would pollute its intent as a gesture of hospitality.

Vancouver is blessed with an abundance of top-notch Hong Kong–style restaurants: kitchens that refract beautiful local ingredients through the Cantonese lens of sophistication and restraint, service that aspires to old-world standards of engagement, and rooms that exude clubby sophistication. A properly made XO sauce is the distillation of the quiet unseen work that makes guests at a Chinese restaurant feel welcome and included.

Being offered XO sauce without asking has long been considered the ultimate sign you are not just a guest but a valued and important regular. For the diner, a house-made XO sauce is much more than a delicious condiment; it’s a glimpse into the soul of a Chinese restaurant.