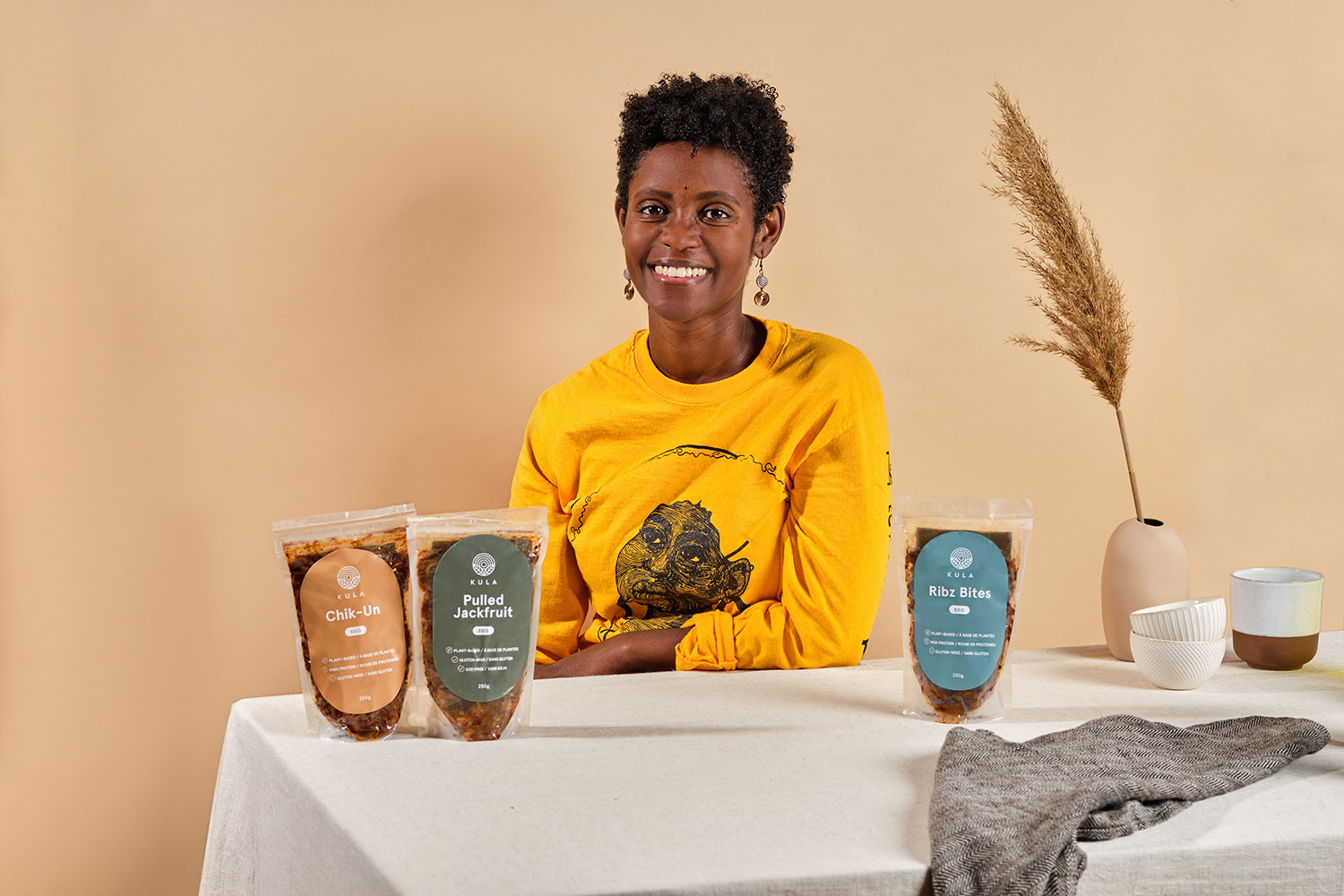 “I wanted to see more of myself represented on the shelves beyond the ethnic aisle.” All photographs by Doaa Jamal.

As a child, Asha Wheeldon carried water from a well to the crops growing on her community’s farm in Isiolo, Kenya. With her relatives and neighbours, she harvested collard greens and cooked them over a fire to share with one another. Her favourite dish was ugali, a thick porridge of maize meal manually ground from dried corn kernels. “We relied on food that we grew,” Wheeldon says, which meant a diet of vegetables, whole foods, and simple ingredients.

In 2015, Wheeldon moved to Vancouver after 20 years in Toronto, and for the second time in her life, underwent the shock of making a home in a new place. While coming to terms with motherhood and reconsidering her career in the telecom industry, she browsed aisles in the grocery store, seeking food to feed her young family. It became apparent that Vancouver stores carried little to no African foods. “I wanted to see more of myself represented on the shelves beyond the ethnic aisle,” she says.

Wheeldon had left Kenya for Toronto when she was eleven but those communal experiences remained embedded. After the initial upheaval, she found joy in the diverse cultures in the city. Feasting on fragrant Indian curries and Trinidadian roti at friends’ homes reminded her of the stews and chapati she had left behind. Shared spices, such as cardamom, and an overlapping love of food and community made an otherwise alien city familiar to her “When you’re away from a place you’re comfortable in, you sometimes find home in other ways,” she says. 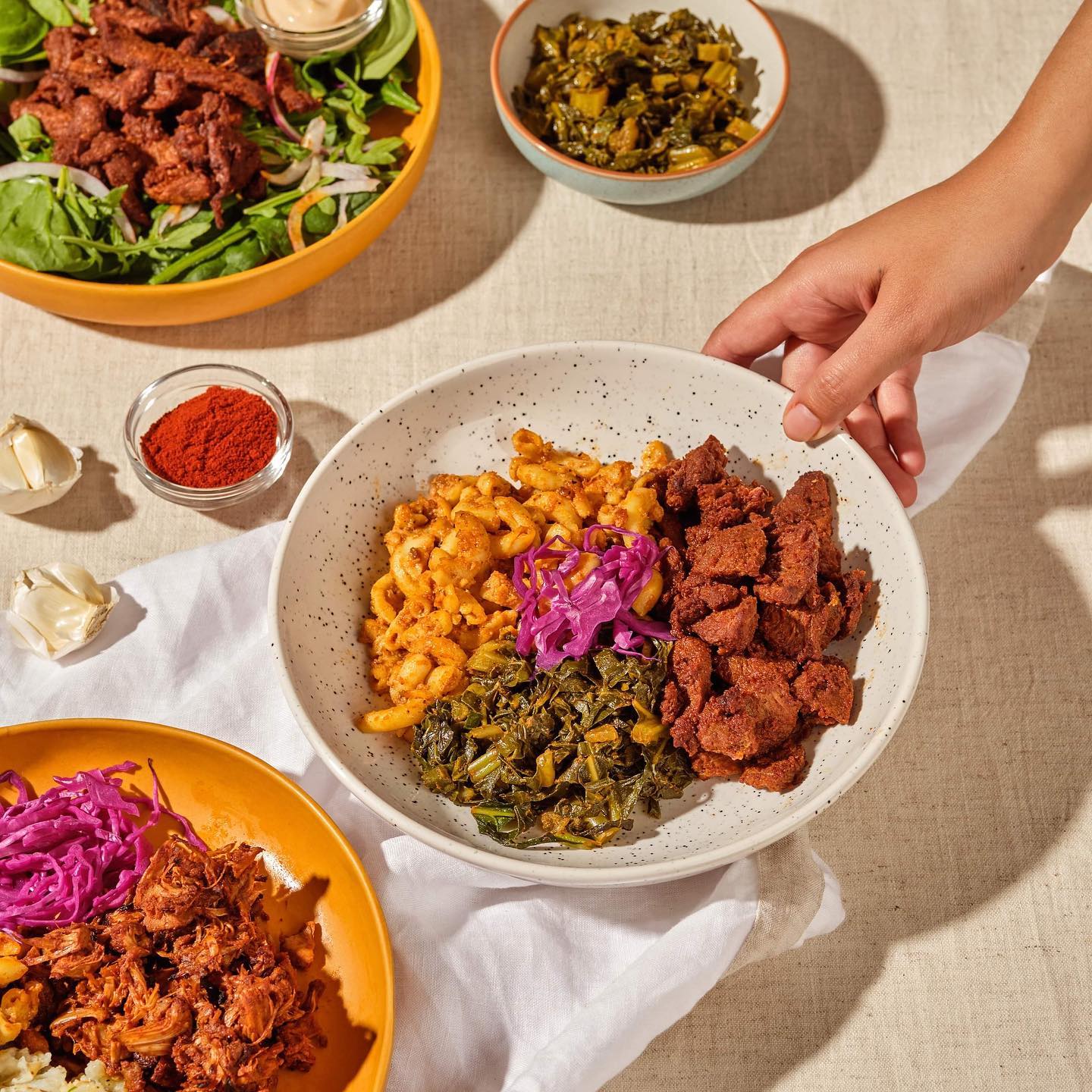 Veganism is sometimes viewed as a recent Western phenomenon, but it’s nothing new for Wheeldon, who grew up eating a mostly plant-based diet in Kenya.

Finding a similar home in Vancouver proved difficult, so rising up to the challenge, Wheeldon launched Kula Foods in 2018. “Kula” means “eat” in Swahili, but also embodies the practice of how food is consumed and shared. As a long-time vegetarian, Wheeldon decided to devote herself to the cooking she ate growing up. Afro-veganism for her is more than ingredients: it represents a spiritual connection to her roots.

While veganism is sometimes viewed as a recent Western phenomenon, Wheeldon insists it’s nothing new in Kenya. Her ancestors relied on a mostly plant-based diet because meat, such as goat or lamb, wasn’t readily available, only served at weddings or other special occasions. Plant-based meals represented the everyday relationship with the land. “It’s part of our culture. I think embracing that is key: I am African and I am vegan. And I love to make sure that mission is aligned,” Wheeldon says.

At a commissary kitchen, Wheeldon cooked up her Afro vegan products and sold them at farmers markets. As word spread, she expanded to online sales, catering, and wholesale distribution to stores such as Oh Carolina and Be Fresh Local Market. 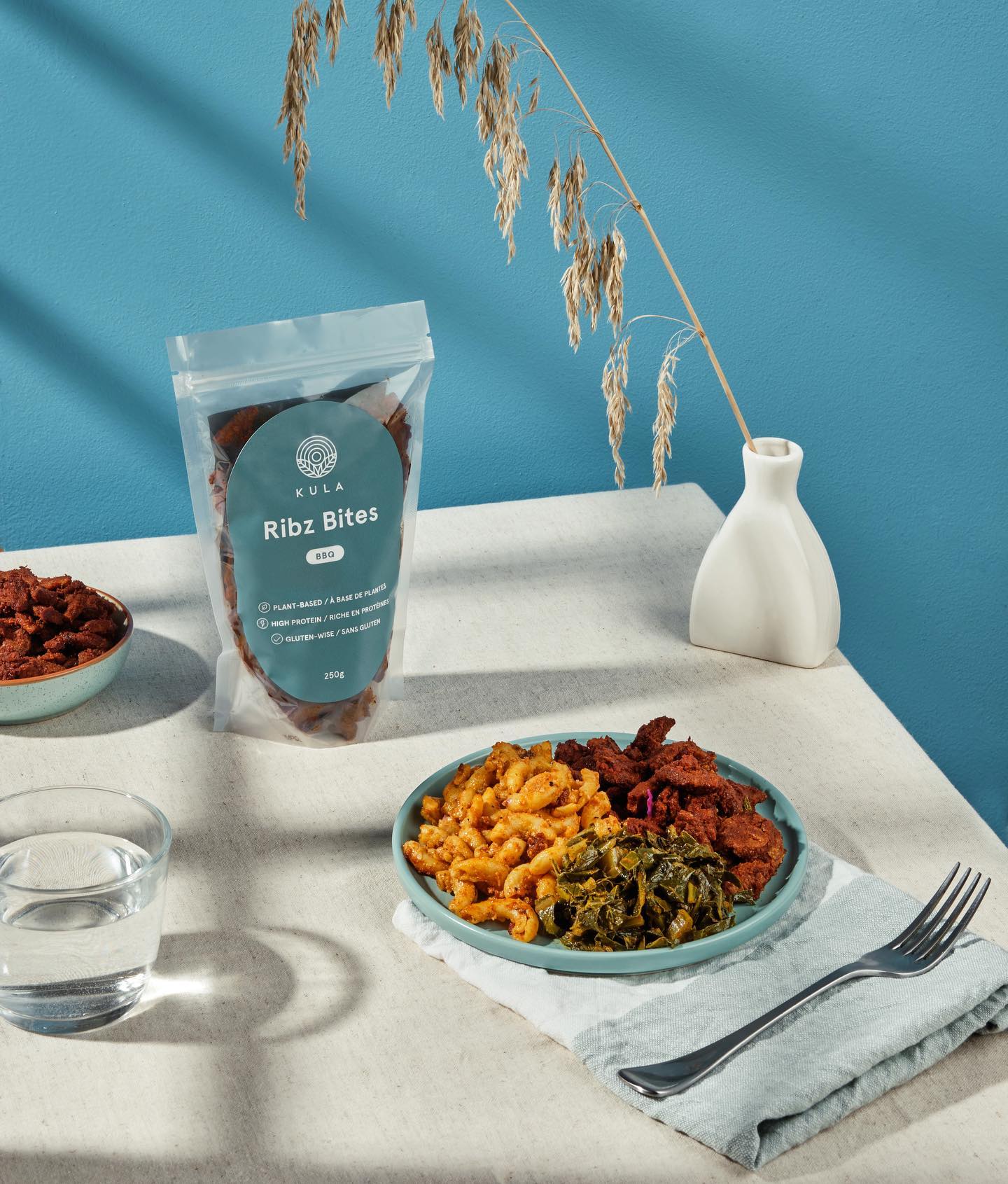 Her most sought-after creation is her pili pili, a hot sauce that combines tomatoes, bird’s eye chili peppers, garlic, berbere (an Ethiopian spice blend), lemon juice, and apple cider vinegar. “Usually, it sits in the middle of our table, and when it’s dinner-time, lunch-time, it gets added to any savoury dishes,” she says. The sauce went through multiple formulations to ensure heat without sacrificing taste. A lick of the sauce offers a gradual warmth, along with tang and aroma. Wheeldon recommends using it as a marinade or drizzling it on a tofu scramble.

Wheeldon recommends grilling or pan-frying the ribs and then either eating them on their own or adding them to sandwiches, salads, or wraps. The ribs have a satisfying meaty texture and a smokiness reminiscent of slow cooking on a grill. She likes serving the ribs in a soul bowl, accompanied by mac and cheese, potato salad, and sautéed collard greens. Restaurants, such as Pizzeria Grano and Down 2 Earth in Langley, have used the ribs on pizzas. 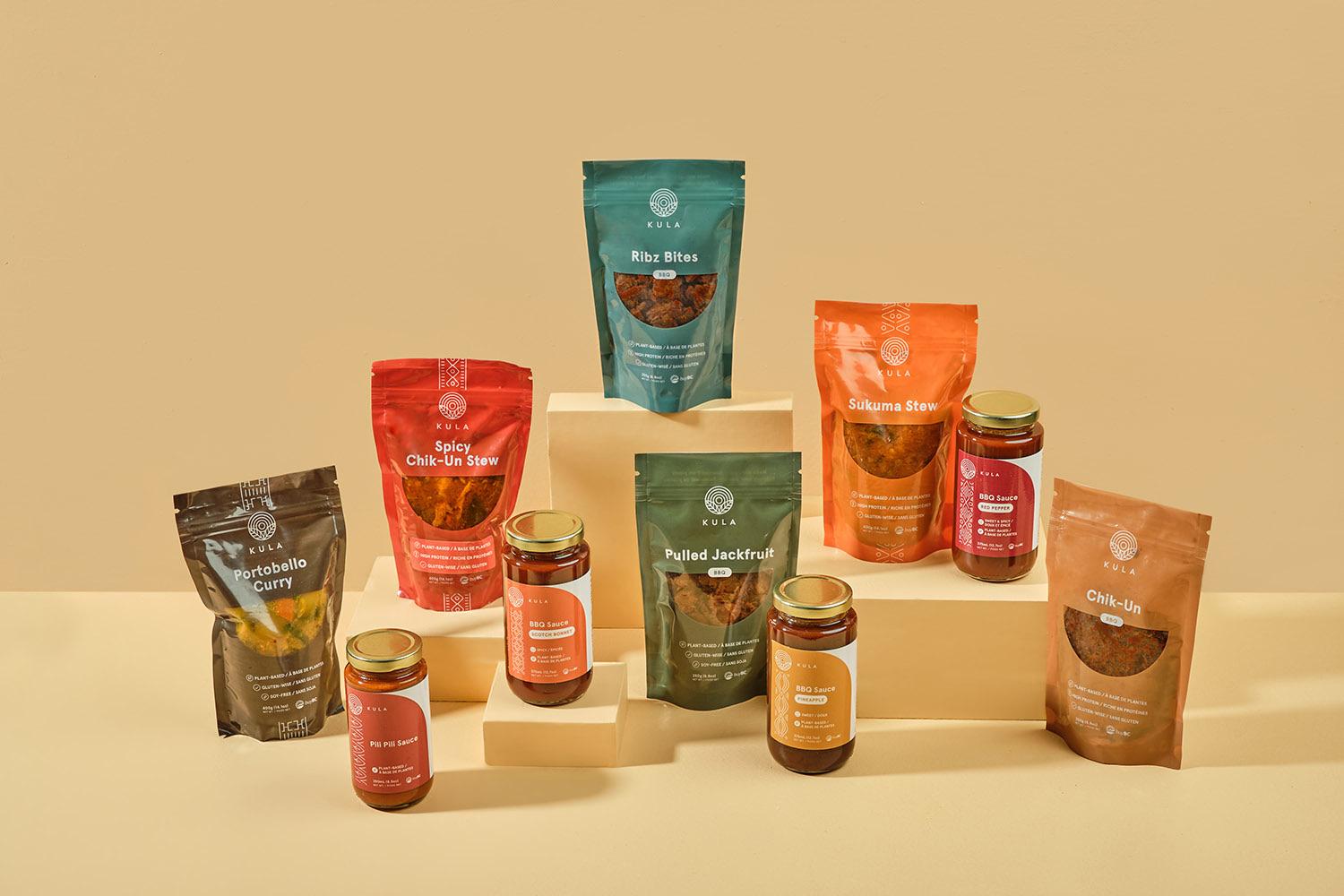 Wheeldon enjoys collaborations that spread awareness about African diasporic culture. She teamed up with clothing and skincare designer Naa Sheka Riby-Williams at a pop-up at Rise Up Marketplace, a convenience store that celebrates Afro-Caribbean community and local goods. At the lively event, guests mingled, filling up on biryani, ribs with mac and cheese, and mushroom burgers, while browsing Riby-Williams’ Ghana-inspired creations. Plans are in the works to make this a monthly gathering, with rotating vendors.

Kula Foods also provides catering on a sliding scale and donations to non-profit organizations such as Empowered Black Girl, Flavours of Hope, and Ethos Lab. For Wheeldon, it’s a source of pride to provide these groups with affordable nutritious food that promotes sustainability and cultural heritage.

Sharing Afro-vegan cuisine means so much to Wheeldon because of her two kids. “To feel like you do matter and you exist is so crucial. I want my children to feel seen,” she says.