When it comes to the life-changing power of a thoughtfully prepared meal, Nihal Elwan has seen it firsthand.

“When we organized the first dinner, it was supposed to be a one-time thing,” says the founder of Tayybeh: a Vancouver social enterprise that supports newly-arrived Syrian refugee women by showcasing their expertise in their native cuisine. An Arabic word (read right to left), Tayybeh holds two special meanings: a delicious meal and a woman who is kind. It’s a fitting name for this group with heart.

Over a hot chocolate inside Hornby Street’s Faubourg cafe, Elwan recalls the momentous evening in October 2016 when she and four other Syrian ladies hosted their first pop-up dinner for 60 people at Tamam: Fine Palestinian Cuisine on East Hastings. Meant to introduce the women to Vancouverites in the community and possibly earn some income on the side, the evening was an instant success, marking the beginning of something far greater than any of them could have imagined.

Fast-forward to today, and Tayybeh is a widely-recognized, full-time catering enterprise responsible for connecting over 15,000 Vancouverites with Syrian cuisine. From a former maximum capacity of 60 guests, Elwan and team have grown the operation to accommodate large-scale events of up to 600 people, with a current roster of seven chefs, young helpers, dishwashers, and drivers based out of Strathcona’s Commissary Connect. Alongside managing its pink food truck at Robson Square in the summer, Tayybeh is also expanding its line of pre-packaged dips, including mhammara (sweet red peppers, pomegranate molasses, olive oil, gluten-free breadcrumbs, ground walnuts) and other take-home products (Syrian vegan spinach pies, anyone?) that are available at markets and various grocery stores around the Lower Mainland. With a cookbook in the works—featuring recipes from the hometown of each chef as well as insight into every woman’s journey and life in Canada—Tayybeh’s future is brighter than ever. 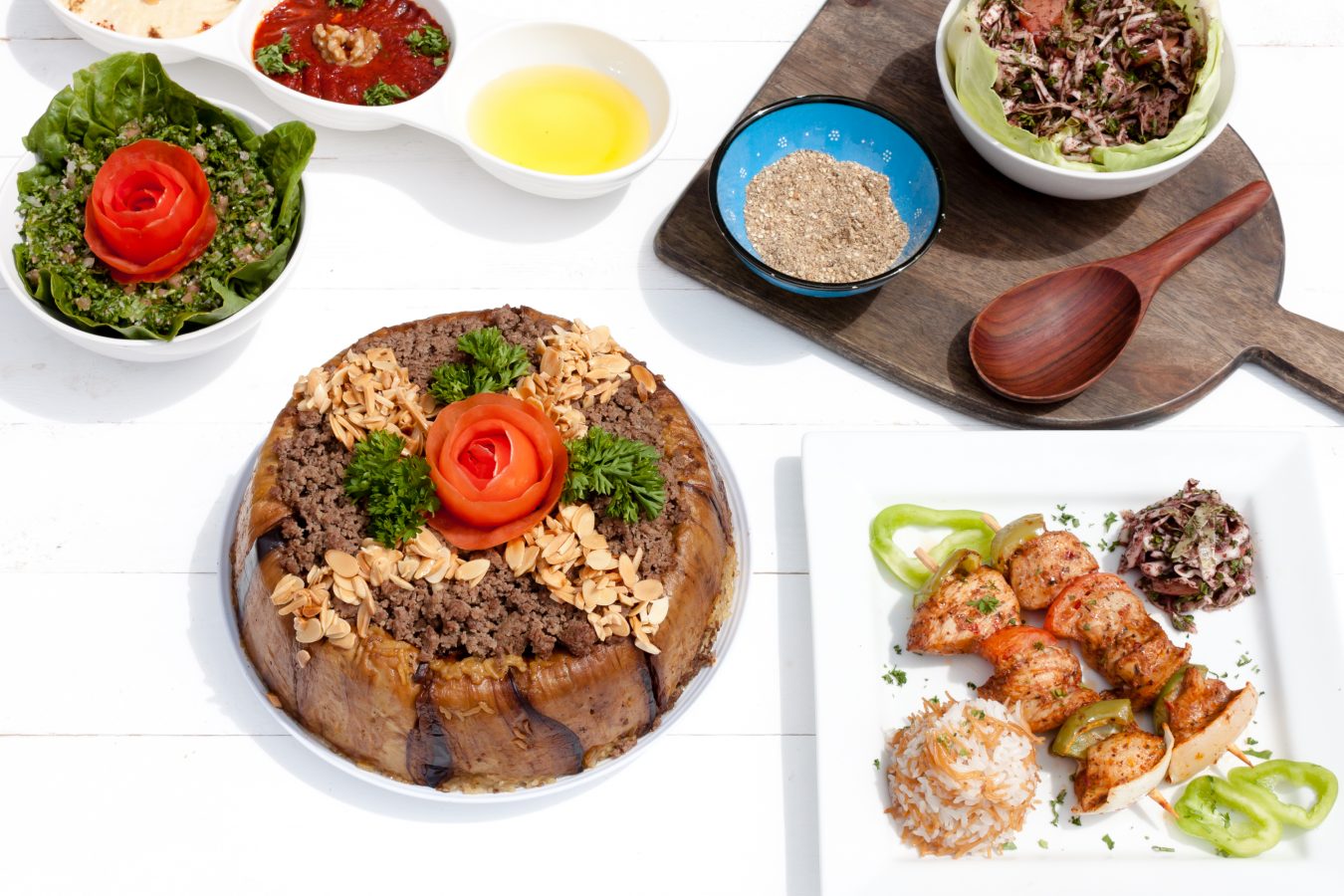 “The impact that Tayybeh had on our chefs and staff members has been really beautiful,” says Elwan, a former international development researcher of 15 years with a focus on improving the lives of women in the Middle East. After immigrating to Vancouver in 2014 and working as a consultant, she began volunteering in organizations that provided informational sessions for Syrian refugees in the city. It’s how she met that initial group of young mothers, who at the time were still emotional and overwhelmed at the idea of being so far from their loved ones back in Syria and starting their lives over in Canada. “They didn’t speak a word of English,” Elwan recalls. “All of the ladies never had a job before in their lives.”

Coming from a culture in which men are traditionally the sole providers of their families, women who work for Tayybeh have gained a sense of empowerment. As financial contributors to their households, they have achieved a level of self-confidence and fulfilment that has shifted power dynamics for the better. From their children to even their husbands, there’s an undeniable sense of pride amongst the local Syrian community in being part of Tayybeh. “The city has embraced us so generously, warmly, and so beautifully,” says Elwan. “That’s not something we take for granted.”

In addition to being special guests of Vikram Vij at the Indian Summer Festival for the past two years, Tayybeh has also been the recipient of numerous accolades, such as the 2018 Voices of Muslim Women Champion of Women award. Tayybeh women can be spotted on the set of CBC Vancouver sharing cooking techniques with host Gloria Macarenko, and were even featured in a short documentary by Telus Storyhive directed by Nelson-raised filmmaker Eva Brownstein.

“It’s really a beautiful story of new beginnings, and rediscovering one’s inner strength. Many times, they also exceed my expectations in terms of how ambitious they are,” Elwan concludes, smiling. With food at the centre of these cultural and social connections, one can truly taste the courage, determination, and joy in every dish.

Discover more stories like this in Food and Drink.