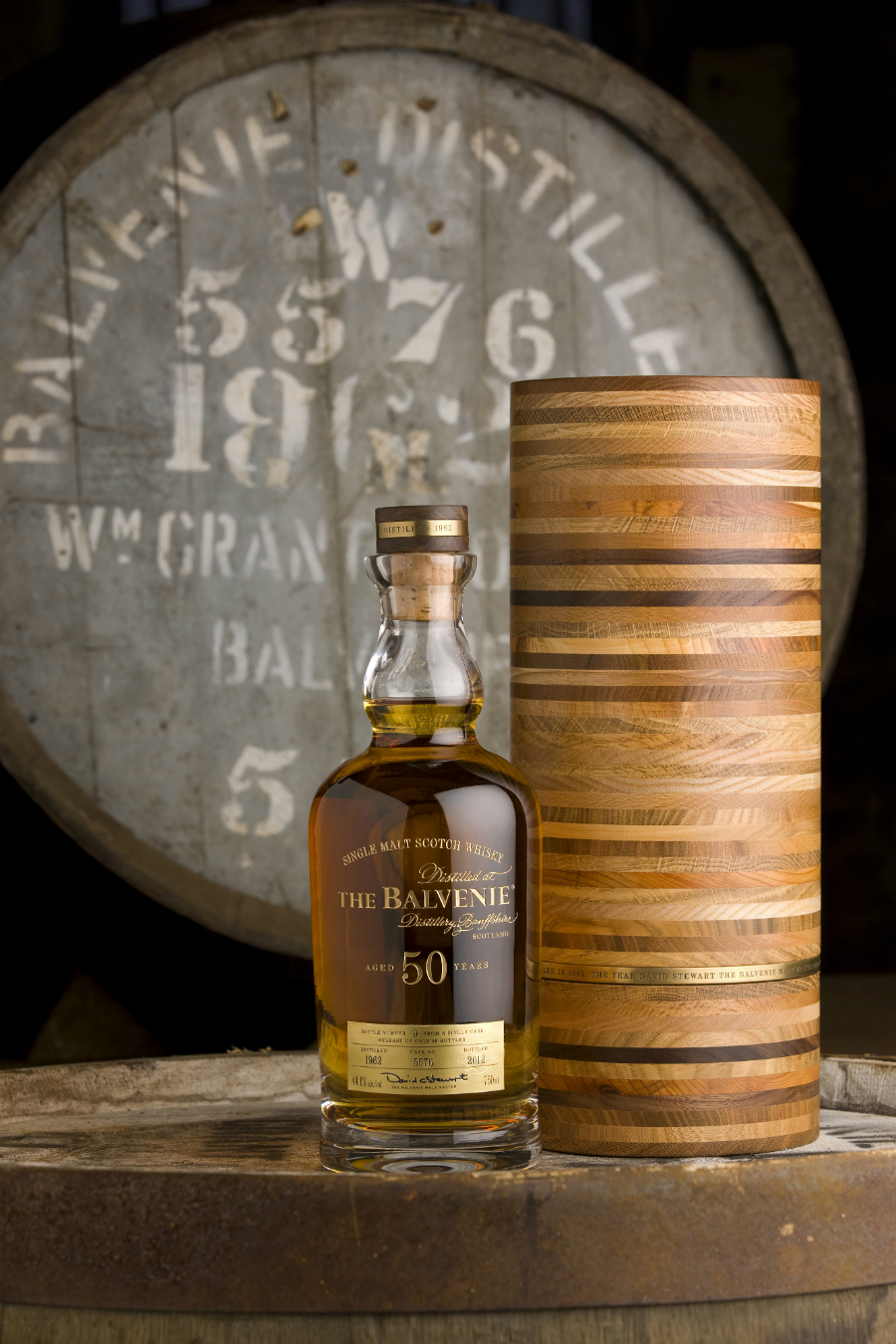 The Balvenie offers quite a range of single malt bottlings, including the always-fabulous Doublewood, aged in both sherry and bourbon casks. The company has attracted a loyal coterie of aficionados, and remains firmly placed in the single malt whisky market. In the hushed-tones parlance of rare single malts, The Balvenie’s Warehouse 24 has a special place, since it houses rare casks, and rare bottlings, of the drink. One such rarity is The Balvenie Fifty, of which the 2016 release is only 131 bottles, available for the entire world. One of these, Number 68, is now available at a BC Liquor Store in Vancouver (and, within days, was sold to the Fairmont Pacific Rim).

William Grant and Sons, owner of The Balvenie, as well as the iconic Glenfiddich, has long been a flag bearer for fine single malts, and The Balvenie malt master David Stewart has created a distinguished, complex dram here, all hand-filled from one single cask, and aged over 50 years. At $45,000, it is more aspirational than most bottles, but even so, eager buyers will sign waivers, and a random draw will be held, at which the fortunate winner will take home this ultra-rare bottle. After paying for it, of course.