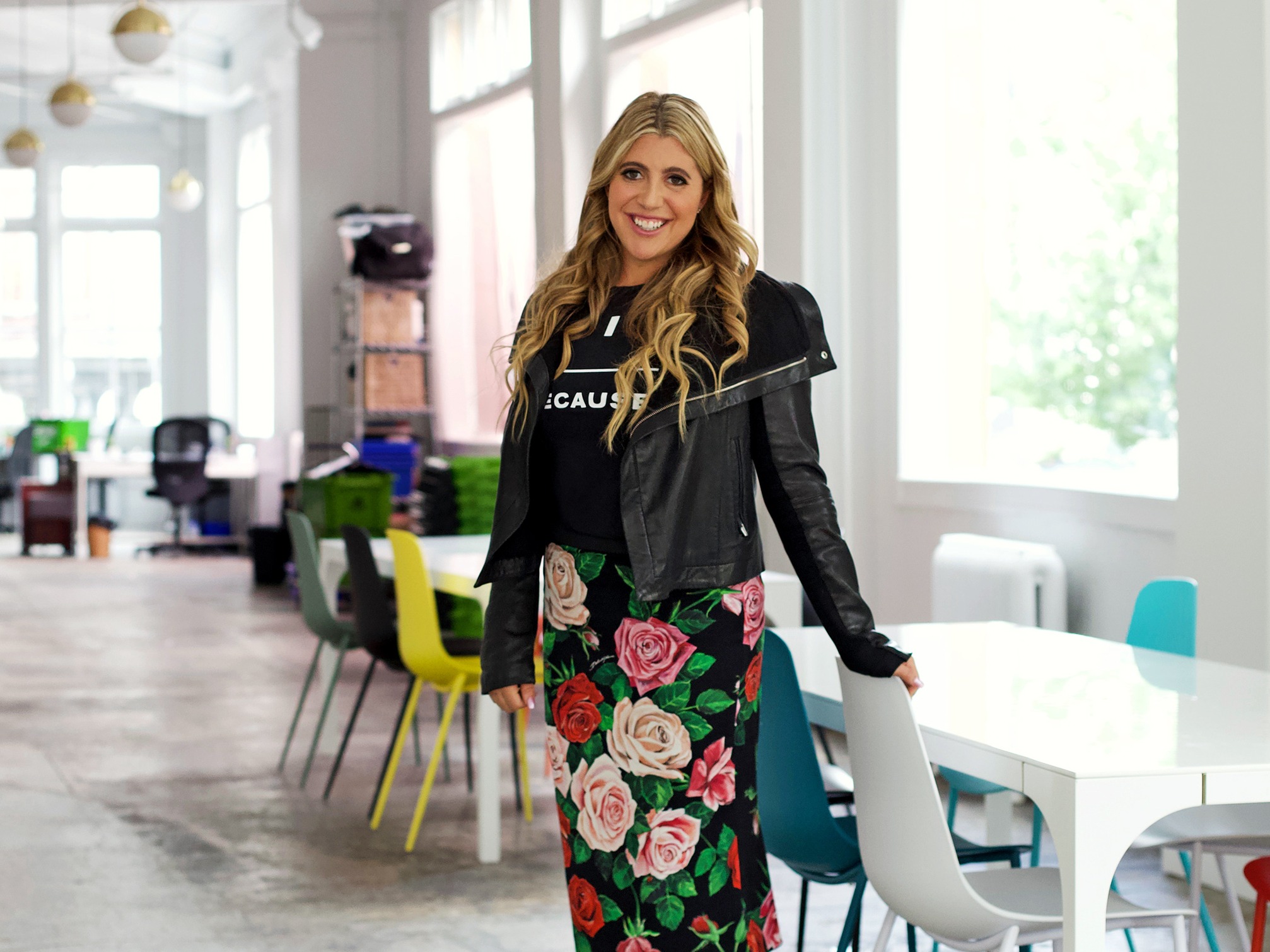 After 101 years in business, Army & Navy’s recent decision to permanently close its doors marks the end of an era. In this piece from our Summer 2019 issue, we talk to the founder’s great-granddaughter, Kasondra Cohen, about her own mission and philanthropy.

Growing up, Kasondra Cohen hardly knew her father Hershel Herrendorf. Like many of his generation, the financial trader maintained a strong front and very little about his health or mental wellbeing was shared. In her twenties, something shifted for the Face of Today president, giving her a chance to have a deeper connection with him. One day in the spring of 2014, Herrendorf flew from his home in Chicago to spend time with his daughter who lives in Vancouver with her philanthropist mother, Army & Navy CEO Jacqui Cohen. Upon arrival, he seemed like a changed man.

“He got off the plane and he was just a different person: nothing mattered but me,” she says. “We spent three days together and he said to me, ‘Kasondra, it’s the little things in life that make people the happiest.’”

He died in his sleep on the flight back home. Cohen describes those last days connecting with her father as “magical.”

She had taken him to an event for Face of Today—the youth-focused foundation she founded in 2009 aimed at fundraising for charities that focus on mental health education.

“He’d never been to anything Face of Today related, so I brought him as my date to a Camp Out event. It was surreal because he’d never heard me speak in public. It was just so special to be able to share that evening with him.

“He was always very much a businessman. He came from nothing growing up in Haifa, Israel, and moving to Chicago when he was 11,” she explains as we step into what will soon be the Cohen Centre for Social Enterprise, a mental health and wellness hub for at-risk youth, inspired by her father’s life struggles as well as her own personal experience of being dyslexic and the stigma associated with it.

The new initiative emerged from a period of depression brought on by her father’s death.

She decided to go into therapy, able to afford unrestricted access to help—an “immense privilege.” Along with her friends and family, she says, those sessions pulled her through. “So last year I decided to take a significant turn and change our mission to eliminating the stigma behind mental illness.”

After meeting with her friend and colleague, Craig Kielburger of WE Foundation, the duo decided to collaborate on Cohen’s vision for a mental health resource centre. When the ground-level floor of the Cohen family’s seminal Beaux-Arts Dominion building came up for rent, they jumped on it. “This building has been in my family for generations. My great-grandfather bought it for my grandfather for his 21st birthday. Good gift right?” she jokes. But she still has to work within a budget. “Yes, we get to use it, but we pay market rent as a tenant.”

Partnering with local designer Gillian Segal, Cohen and her team renovated the 5,100-square-foot space, retaining notable aspects of the building’s early history: the hearth of a 1900s teal fireplace sits in the boardroom, and a post-war bank vault will be used as an extension of the lounge area.

Launching its programs later this year, the centre will work with Face of Today, WE Foundation, and partnering organizations to offer under-privileged children access to therapy, fitness, nutrition, art classes, DJ sessions, podcast creation—even a virtual programming course. But mostly it will be a space to turn to for connection.

“The whole concept of this space is to create community. I want to build a support system and I want people to engage. A lot of people are talking about mental health but there’s no real execution strategy,” Cohen explains. “I’m privileged enough to create something like this so everyone can benefit. It’s about showing that we’re all here with the same purpose.”

From the Archives: This article from our Summer 2019 issue was originally published on August 8, 2019. Read more from our Impact section.