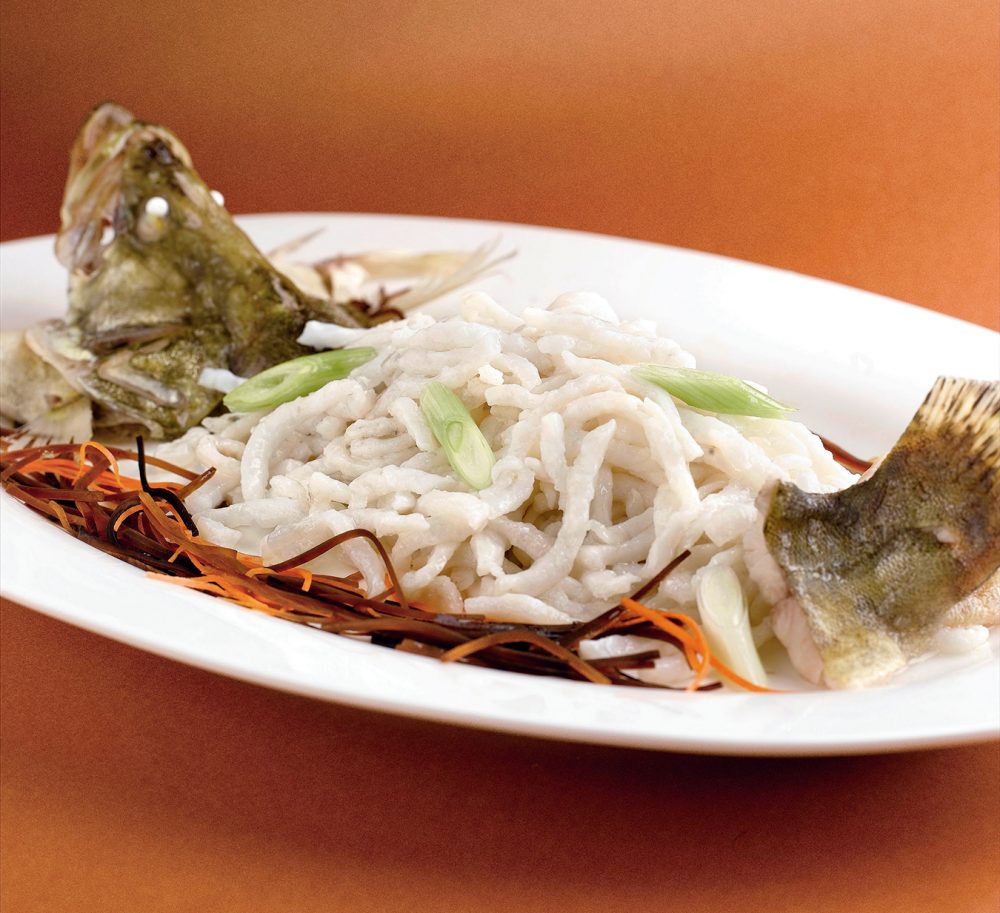 Hong Kong is tall. It starts with the rows of apartments in Tung Chung near the airport, and really never ends. Even the bridges are tall. The Ritz is not what they had in mind in Young Frankenstein, that’s for sure. It looms, if that is not too strong a word, over a city full of looming heights. But for all that grand gesturing, Hong Kong is a food city. There are 7 million people living in only 1,100 square kilometres, ensuring someone, somewhere, is hungry, 24-7.

When Michelin decided to grace this peninsula with its appraisals and its red guide, there was applause. But when the first edition came out, there was much appall. There were stars for fine dining rooms in grand hotels—acceptable, almost predictable even. Italian, French, fusion to bewilder the passersby. But where was the magic of Hong Kong food culture? Absent.

Well, a recalibration took place, and to this writer’s understanding, it was an unprecedented move. In the subsequent edition of the guide, the true nature of Hong Kong cuisine was made manifest. An overcorrection if there ever was one. This is, after all, a city where respected noodle and congee restaurants, bustling from open to close, drop a roll of toilet tissue on the table by way of napkin service.

Nonetheless, formal excellence is still in great supply. Yè Shanghai Kowloon got two stars. The restaurant displays a deep knowledge of the complex regional nuances of Chinese food, itself quietly elegant, spacious, and welcoming, service impeccable. But the tiny shrimp braised in tea leaves, and beef in leeks, are pretty much definitions of the components—basically a thrill. Hairy crab is the house specialty when in season, and they serve it with great aplomb. It has all the hallmarks of a culinary classic. Hullett House, a profound remnant of Colonial structure in Hong Kong, still sits resplendently overlooking a promenade that features some of the most luxurious boutiques in the world. It is another inescapable part of Hong Kong, which seems to be no issue for the locals whatsoever. But we digress. The thing is, the mahogany and cherrywood dining rooms of the Hullett House are splendid. Hooked spouts on the lovely teapots, champagne har gow (shrimp bonnets), noodles with sliced 1,000-year-egg, crispy goose, and mushroom dumplings. This is some of the best dim sum in the world. With one exception.

That is Tim Ho Wan, the world’s reigning least-expensive Michelin-starred restaurant. A small chandelier in the second room offers a bit of homage to the Four Seasons Hong Kong, where the chef worked for three years prior to opening Tim Ho Wan in 2008. The saying in the street is, “Line up for two hours, eat in 20 minutes.” That seems about right. The food is almost universally what you would expect, looking at the menu. The difference is in the execution, yielding vivid, clearly differentiated flavours: the chicken feet have an earthy taste, but the black bean sauce is intense, distinctive, lovely; rice noodles—translucent and soft, not rubbery—envelop pork stew or perfect shrimp; tiny pork buns come in an endless stream from the oven, ordered by virtually every table in this small crowded space; a jellied flower petal dessert defines delicacy and power. Well worth the effort, to get there, and to stand in line. So it seems Michelin got it right.

Yin Yang sits on a tiny side street, in a heritage building. Exotic dishes abound. Chicken embryos (on the menu, “Unborn Heroes”) served peeking out of egg shells, braised river snake served in snake soup, Yellow Earth roast chicken, and beheaded coral trout can all be found. It emblematizes the rich range of food in Hong Kong, from the hallowed kitchens of the big hotels, through the experimental and the intrepid, the reliable fine dining of Tsui Hang Village and on to places like Nathan Congee, and the ever-popular spicy crab restaurants bursting at the seams at the Temple Street Night Market.