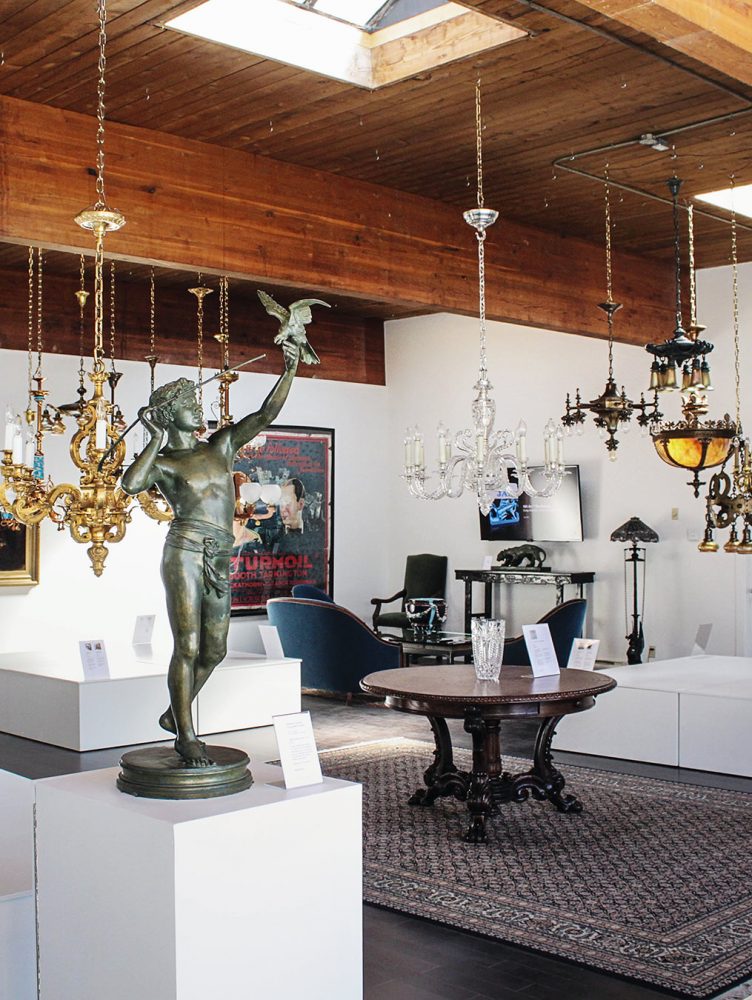 Since landmark destination Vancouver Architectural Antiques on Main and 8th Avenue shuttered its doors last winter, it may be a popular belief that treasure hunter extraordinaire Eric Cohen has retired. This is not true.

But it was almost true. Cohen was about to retire—“I was having the retirement sale, the signs were up, people were coming in, wishing me well, I was getting letters,” he says. “But on Canada Day, I actually woke up in the morning in total shock that I wouldn’t have a business to go to.” Well, Cohen went into work that day to broken windows and a sign that read ‘etirement’. That was when he had his epiphany: he was done with retail. Cohen reinvented his business and relaunched as Renew, a gallery and wholesaler of fine decorative arts, and yes, the beautiful period lighting still makes up a large part of their inventory. “We now deal mainly to the trade, to decorators, designers, builders, architects, and we’re doing a lot online. So that’s how I didn’t really retire.”

“It’s not like a regular business where we order things, it’s shipped to the store and people buy them. Every product we have in the store is different. It’s never the same thing twice, which is what’s so exciting about this business.” And there are some real gems here. Among them, a gorgeous Egyptian revival floor lamp with a Tiffany-style glass shade from 1916, rescued from the Hotel Vancouver before it was demolished in 1948. A stunning stained glass window is a recent acquisition—found on Craigslist, of all places—and still waits for its story to be told. Part of the fun, of course, is the research that follows every new purchase. The new showroom is bright, open, and lets the beautiful chandeliers and light fixtures be appreciated in all their glory, and in a new and more approachable context. “It was really hard in the old space for people to see the pieces in a contemporary setting,” gallery manager Jamie Pryde says. “This space shows that they can actually hang in modern buildings.”

Cohen deals with relics from the past, items that have remained untouched and forgotten for decades, but it doesn’t mean that he hasn’t felt the times change as well. “We used to get in our truck, and we would drive across the steel belt—Cleveland, Baltimore, Louisville, Chicago, Detroit—all the big industrialized cities of the U.S. Because those are the cities at the turn of the century that had grand homes and great things. We would go for two weeks and buy the good, the bad and the ugly,” he says. “Now, with the Internet, in one day, for example, I bought a light in Chicago, a light in Oregon, and two in Vancouver.”

“I’ve been doing this for a little over 40 years now. I’m 64 and I started when I was a teenager, but I feel like I finally know my business,” Cohen says. “I finally know what’s good and what’s not.”