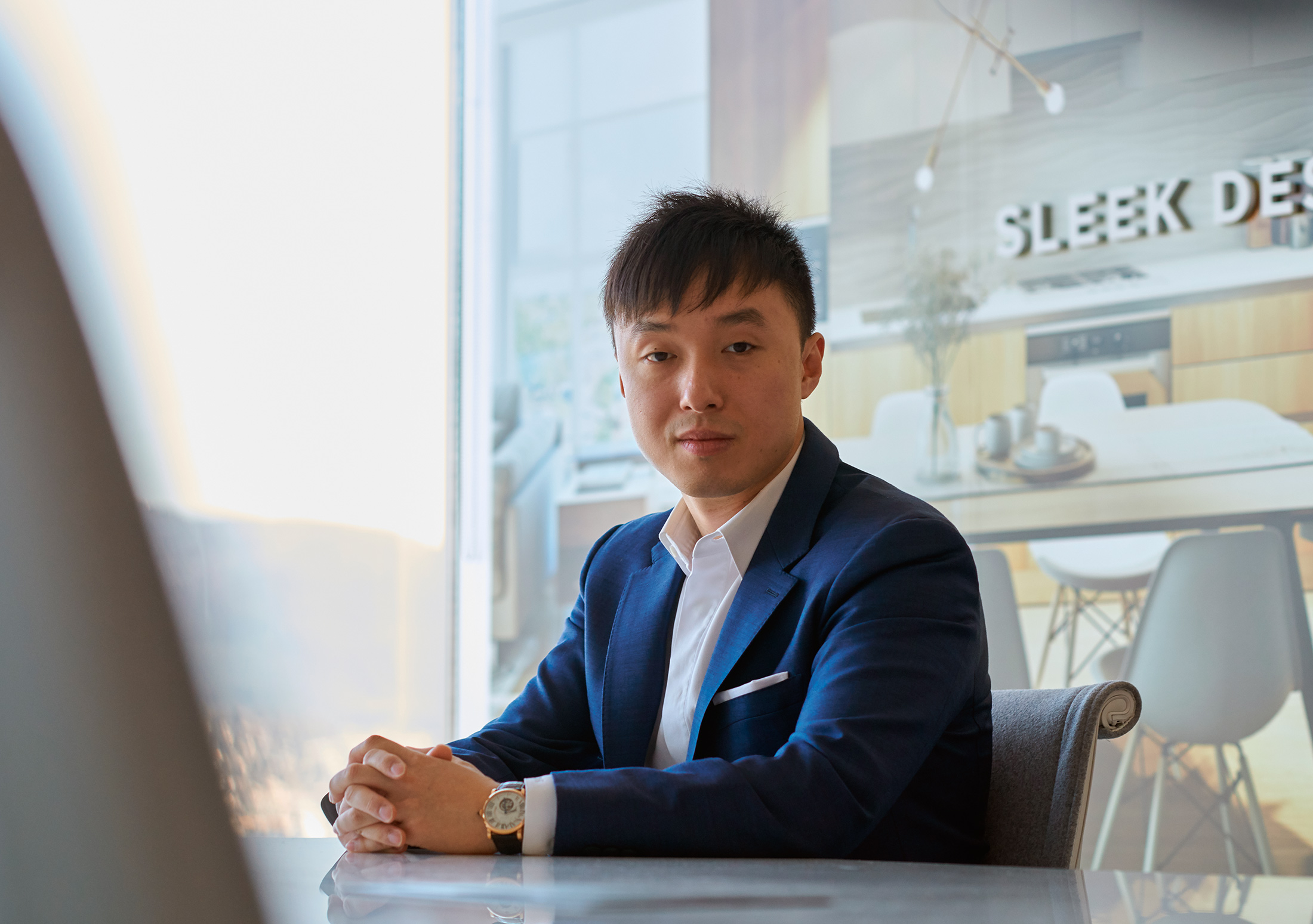 Kevin Cheung is proud to be a Vancouverite. He grew up here, attended Sir Winston Churchill Secondary School, and graduated from the UBC Sauder School of Business. With his real estate license in his pocket at just 19, he quickly began envisioning how to elevate the way people live on the west coast. He says he knows what makes Vancouver special, and wants to preserve its beauty while connecting with the diverse communities who live here. Still only 31, he is currently creating buzz with his company, Landa Global Properties and their eight in-progress developments.

From inside the Landa office in Coal Harbour, Cheung recalls how working in real estate development with his father in Shanghai confirmed it was Vancouver that held his own business dreams. After three years in China, he convinced his family to let him return to Vancouver and, in 2014, he launched Landa with business partner Scott Wang.

“We really want to create some great buildings that supplement, as well as improve, the neighbourhoods,” Cheung explains of Landa’s goal. “We can help residents thrive and enhance their lives through our buildings and designs.”

Among the company’s current projects is Alma and 10th, in prestigious Point Grey. Before construction began on the sleek building, Landa’s mission was to engage with the affluent West Side community. They turned the empty lot into a temporary community garden, offering local residents and businesses the opportunity to grow food and flowers in one of more than 100 garden beds. “[We wanted] to give back a little,” he says. That aspect of community has remained a focal point with all of Landa’s developments: in February 2019, the company’s Main and Twentieth project, a mixed-use building designed to fit the unpretentious yet trendy surroundings, announced it would be welcoming back popular neighbourhood coffee shop Bean Around The World with a whole new name and look—Foglifter Coffee Roasters. “They had been there for 20-plus years and as soon as we started development, we were in contact with them saying, ‘we would love for you guys to come back.’”

If community is an integral part of Landa’s mission, there is no doubt an eye for luxury remains. “[That] led to our tendency to purchase more high-profile, extremely well-located sites,” Cheung notes. Case in point? Alberni Street. Currently, Landa has four towers on the street known colloquially as Vancouver’s Rodeo Drive. “Alberni Street is a very heavy focus for us,” he states. “It will change in a great way.”

Intended to create a gateway to the West End, English Bay, and Stanley Park, 1818 Alberni is set to connect city to nature, while 1400 Alberni is slated to become the tallest passive-house towers in the world.

Cheung believes his team is bringing a fresh perspective to a highly competitive market. “It feels really good, we’re raising the bar,” he beams. “We love Vancouver. This is home.”