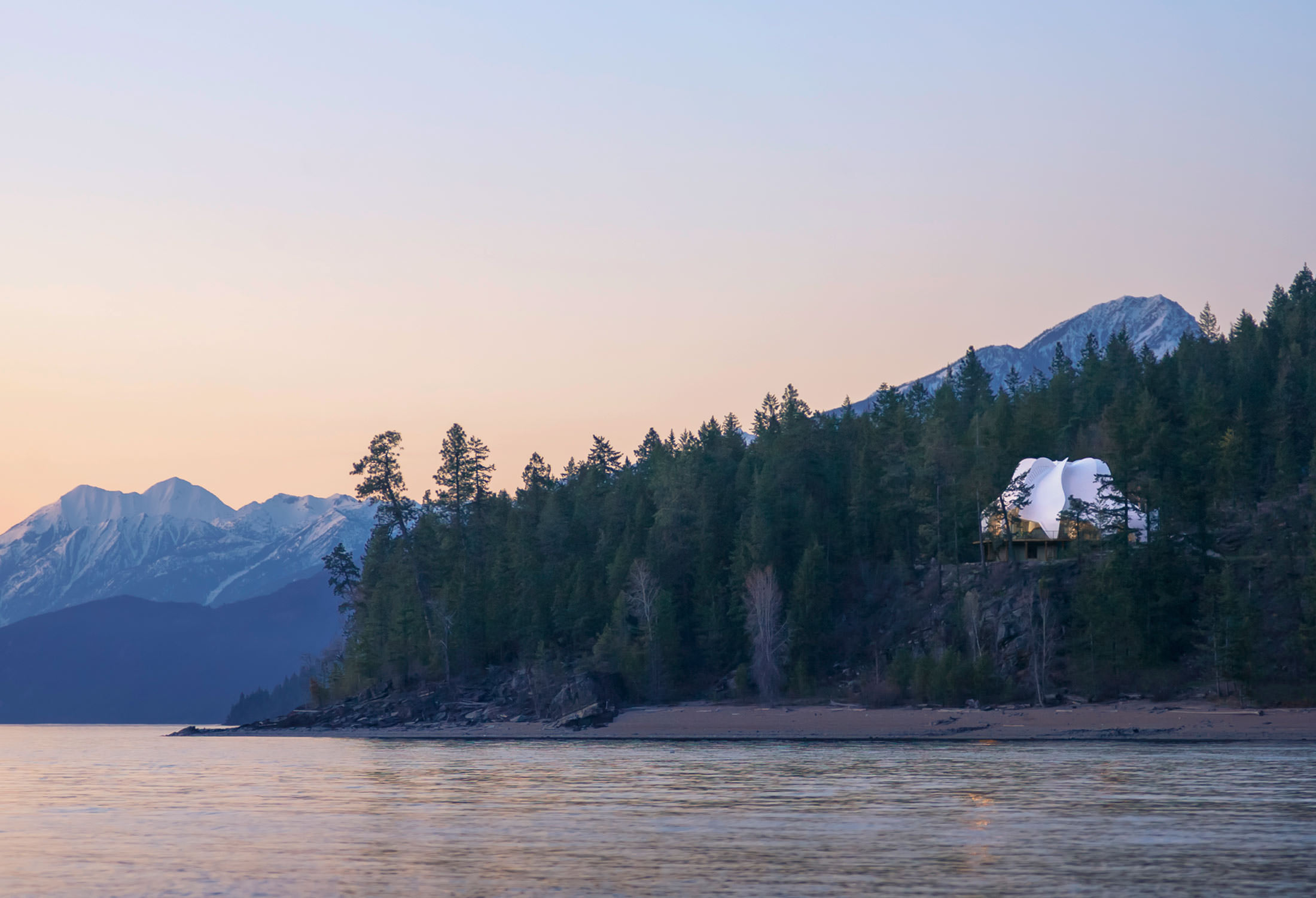 It’s a stormy summer evening outside the Temple of Light, Yasodhara Ashram’s new architectural marvel that sits beside Kootenay Lake. Soon, residents and retreat guests at this non-denominational spiritual community will stream in for the nightly satsang of teaching, prayers, and chanting. But for now it’s just me, sitting in holy silence and staring out at the majestic expanse of lake, trees, and still snow-capped mountains, serenaded only by birdsong, rain, and wind.

As I sit on the plush carpet in the centre of a circle of empty chairs, the expansive windows appear like eyes opening onto the lake, and the white petals that make up the roof resemble the curves of a woman’s body. The massive 96-light chandelier hanging down from the oculus isn’t needed yet, as light floods in from everywhere. There is not a straight line in this place. Even the windowpanes are slanted. Everything is lyrical, fluid, and flowing, creating an overwhelming feeling of peace. If that feeling were a verb, it would be “exhale.”

From the outside, the new temple resembles an elaborate white lotus flower, but in reality, the building consists of eight curving, white wooden panels, assembled in a pinwheel shape, reaching skyward, each one containing a glass door. The doors—intended to welcome people from all spiritual paths—lead to an interior geometry that one writer described as “soaring.” The result is ethereal, powerful, and profound. 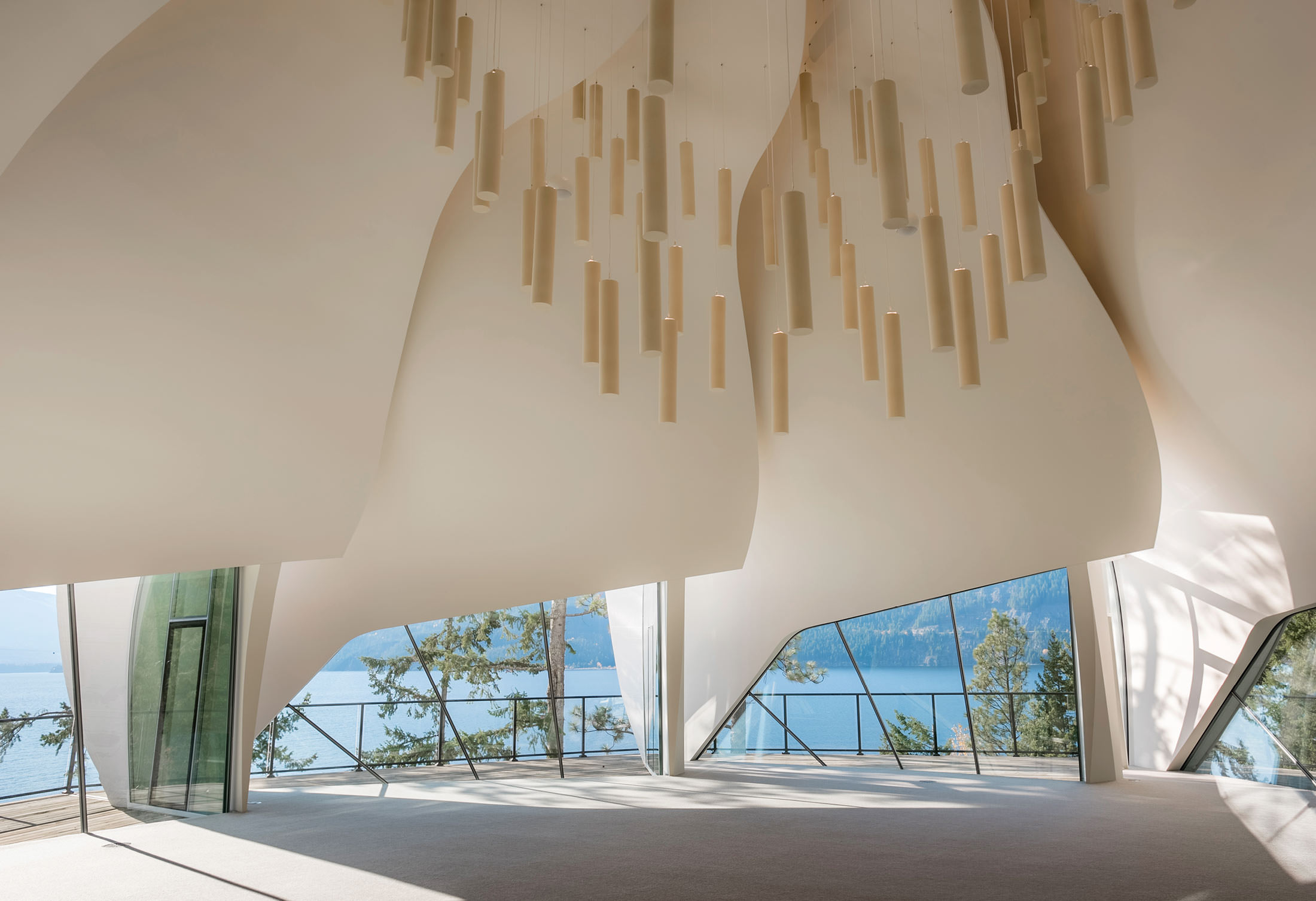 The temple is the heart of the female-led yoga retreat and study centre in the B.C. Interior. Designed by Patkau Architects, the award-winning structure was completed in 2017 at a cost of $4 million. The 3,500-square-foot building has been described as a celebration of light, a beacon, a sacred space. In the guestbook at the front door, people have written: “powerful, healing energy”; “felt like coming home”; “Gaudi-like beauty.”

John Patkau, who calls the temple “one of the most remarkable things we’ve ever built,” says it was designed to communicate with people on an emotional level. “To me, it’s about lightness,” he says. “It’s luminous and almost floating and speaks of both a strong connection to the natural world, as well as to the world of imagination.”

There is so much to this building: its history on the site of the previous temple, which was destroyed by fire; its symbolic eight panels and eight doors, representing the many ways people can support the greater good—through spiritual traditions or a commitment to causes and concerns; its intentional design, which Patkau notes is inspired by the female-led community.

Never mind the design and construction challenges of creating something this complex and innovative. But this is not a story about deliberate acoustics or how the enormous wood panels were made to curve (both astonishing feats with fascinating backstories). This is a story about the impact of architecture on mindfulness. 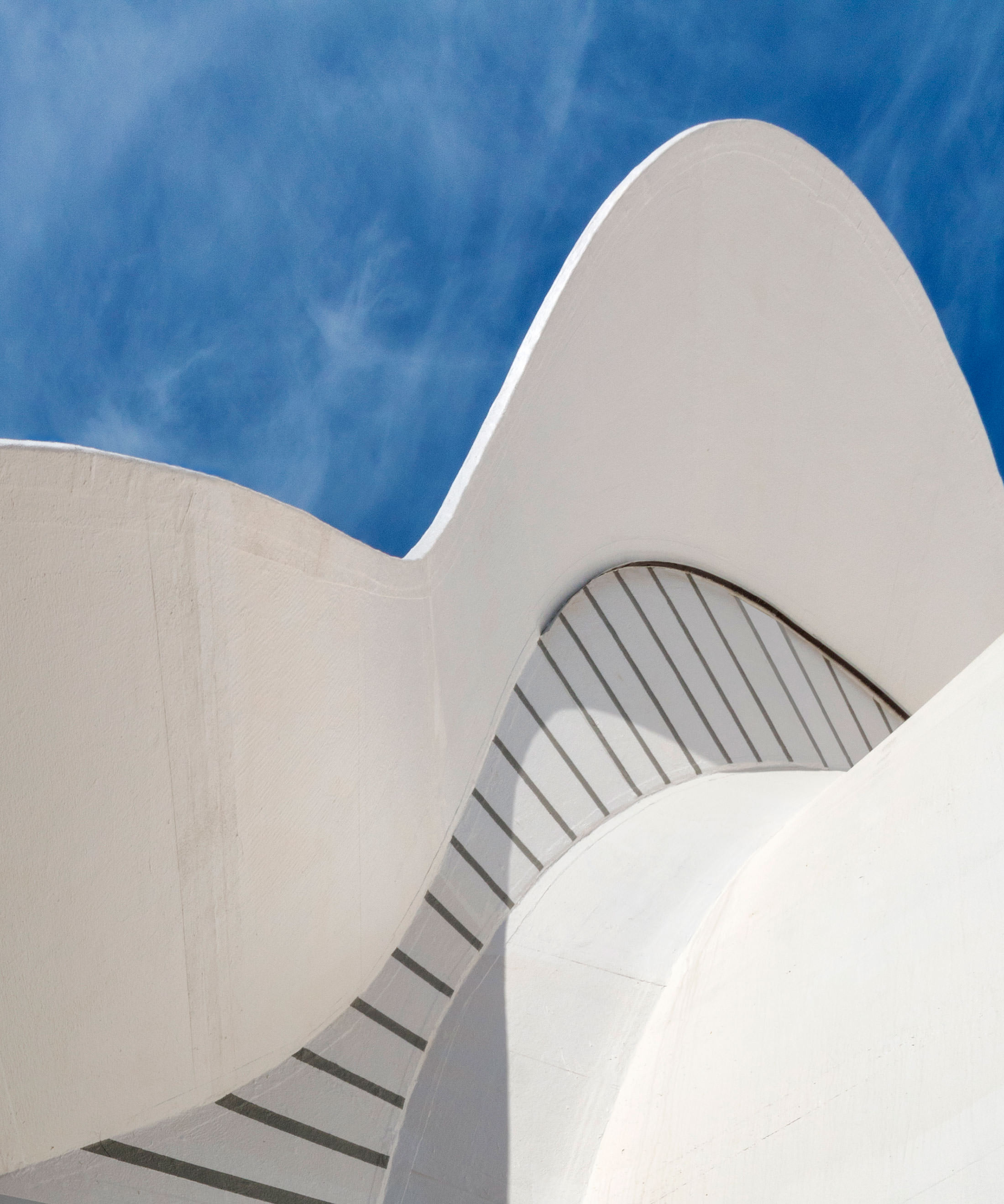 As Alain de Botton writes in The Architecture of Happiness, architecture is tasked with reminding us of our full potential. We don’t want buildings to merely shelter us. “Great buildings,” he writes, “speak of visions of happiness.” So if, as he posits, Gothic arches “convey ardor and intensity” while their classical counterparts “embody serenity and poise,” what does the Temple of Light channel?

If you ask Patkau himself, it’s joy. Ask Swami Lalitananda, president of the ashram, and it’s inspiration. If you ask me, it’s reverence—for the architecture, for the nature in which it sits, and for the feelings of peace and awe that it inspires.

Mindfulness is about slowing down, paying attention, creating space. And clearly, creating space is a prime concern of architecture. The parallel is apparent in the Temple of Light because it is so unconventional, so different from the other buildings on the ashram. It causes you to stop and think: Why is this building different? What is it trying to accomplish? “It raises questions,” says Patkau, “and that’s the source of mindfulness.”

According to retired Vancouver Island architect Niels Von Meyenfeldt, the building “helps people connect—with the divine, with light, with their higher selves. This is a living building that is constantly moving and inviting one to move and be transported beyond oneself. This is what great architecture does.”

That is also what mindfulness is about—being transported beyond oneself. Lalitananda, sitting cross-legged in the temple, with her serene poise and glistening eyes, also notes the way the building moves and its embodiment of the vision of the community’s founder, Swami Radha, as a space to represent diversity where “everyone can find their own way in.” 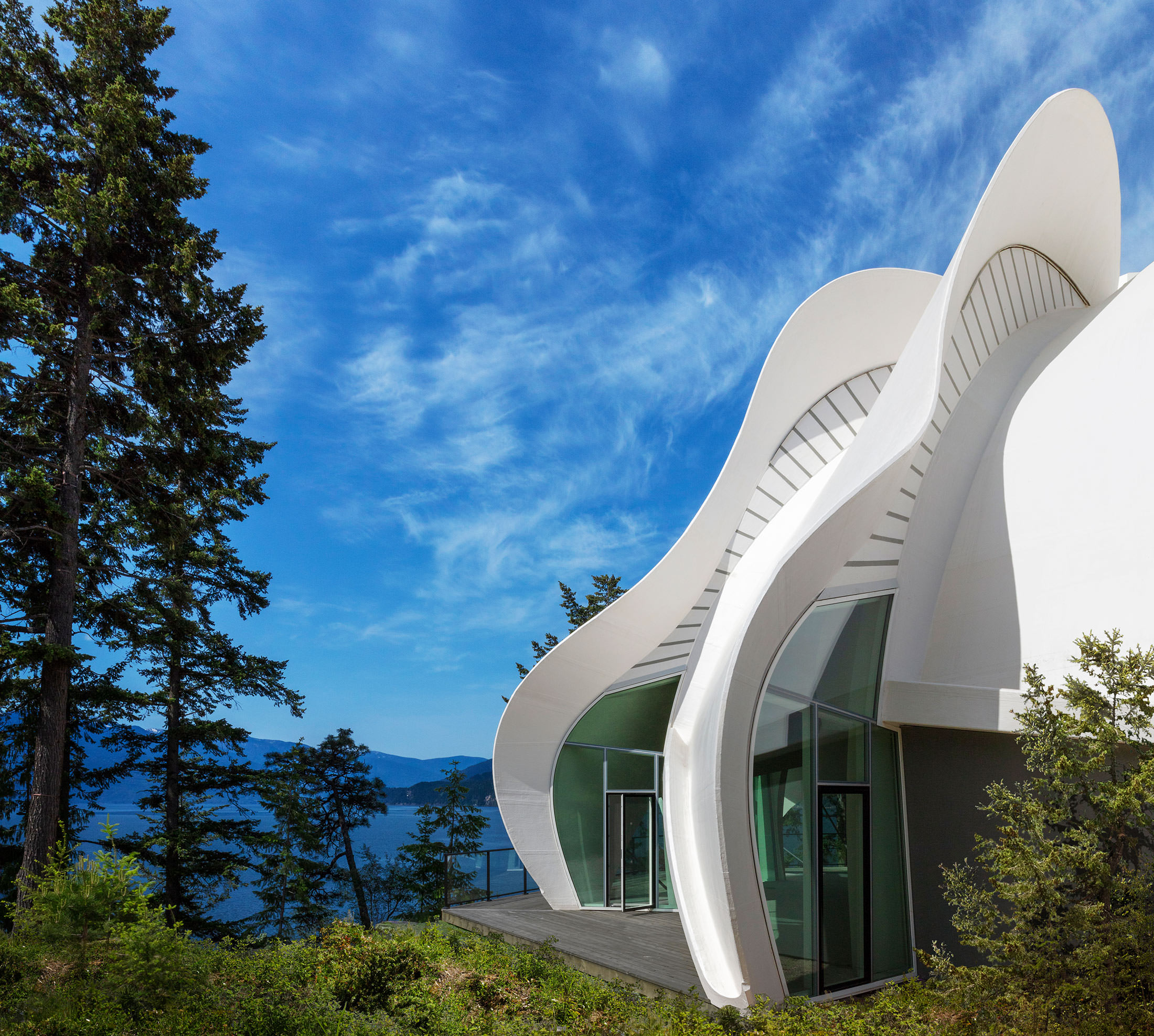 Radha, an adored spiritual leader whose teachings are reminiscent of those of Eckhart Tolle in their focus on self-growth, personal development, and inclusivity, wrote more than 10 books and founded this ashram in 1963. It has evolved over the years into a centre for deep reflection and learning, featuring silent communal meals, yoga retreats and training programs, a massive food garden, and now the Temple of Light.

“The temple is more than a building,” says Lalitananda. “And that’s because the space is dedicated to the heartfelt practice of allowing the quiet part of ourselves to emerge. Once inside, we can access a deeper part of ourselves: the still, small voice; our inner wisdom. It encourages being present. It’s just a beautiful place to relax the mind.”

When the evening satsang begins, there is a hush in the room as each of us enters and bows before an altar of candles, flowers, and photos of Swami Radha before moving to our seats. Then fiddles, guitar, ukulele, and harmonium strike up as a band of women leads the group in chanting. With eyes closed, everyone in the circle sways gently, listening to the magic of the music and the space. At this point, we have become one. Grounded in the centre of this building, we are all reaching towards the centre of ourselves.

This story from our archives was first published Sep 23, 2019. Read more Design stories.