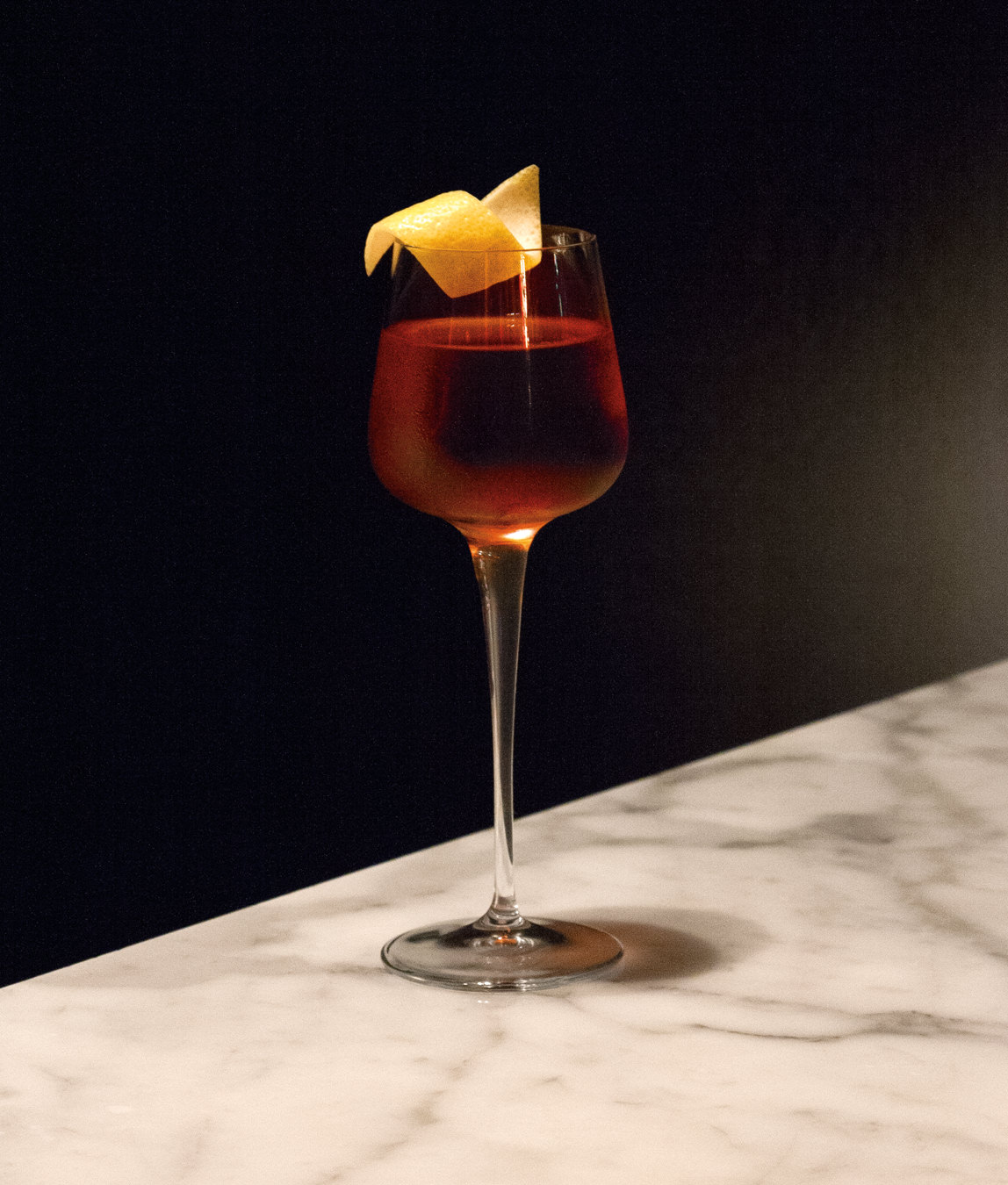 In Germany, heritage runs deep—and not just in the small towns that look like they’re made of chocolate. From the brilliant countryside comprised of majestic hills and jagged-tipped Alps to the rich weissbier and riesling, tradition and history abound. In that same vein, Jägermeister—the herbal liqueur distributed to more than 90 countries around the world—drapes an orange blanket across the large-scale map at the beginning of a recent tour of the country. This is Wolfenbüttel, close to Hanover, where the dusky, rich liquid has been produced by the Mast family since 1934, but its traditions have existed since the late 1800s.

Decades before college students would find their way to guzzling shots of the stuff paired with caffeine-rich chasers, Jägermeister—which, literally translated, means “hunting master”—was finding its way into the bags and canteens of huntsmen and their outdoor entourages. Each of Jägermeister’s 56 botanicals, including lavender, galangal, mace, and licorice, are ground together and steeped over and over in a combination of water and pure alcohol like a tea bag until every last trace of flavour has been extracted. The base concentrate is then pumped into massive 5,000-litre oak barrels for at least a year, further allowing the flavours to marry and fuse together. The final stage is the addition of a combination of sugar, caramel colouring, pure alcohol, and water to bring “Jäger” to the desired character.

Apart from the stunning facility itself and the aromas of familiar spices that fill the air, the most marvellous experience I had was with Jägermeister brand ambassador Nils Boese at his 400-square-foot home bar in the town of Hildesheim. The small bar itself was charming, with an endless back and front bar featuring ingredients from far-flung areas all over the world that only Boese himself could remember, but the delicate poise and passion he expresses while speaking of ingredients, flavours, and fragrance, and, in particular, about Jägermeister, was the real lasting impression. Watching Boese pour from the bottle, no spouts or measures, as he builds a finished product that captivates every sensory detail, is something I had never experienced with this brand before.

As a bartender who prefers bitter over sweet, I have always been a fan of taking shots of Jägermeister. But it’s the liqueur’s unique and often underappreciated ability to develop flavours and provide complexity that is the real weapon in any cocktail—one that bartenders have always known was in their arsenal, but that I had to get to Germany to witness firsthand. The Peace of Westphalia was a series of treaties signed to end the Thirty Years’ War in 1648 in Münster. We can draw a similarity to the life of Jägermeister—a spirit that has been involved in war to present the world with its story—but it’s drowned out by the sound of smashing energy drink cans. I crave to put Jägermeister’s authenticity back into the cocktails of discerning drinkers.

01. Stir all ingredients in a mixing glass with ice.

04. Spray the oils of a lemon peel over the top of the drink.