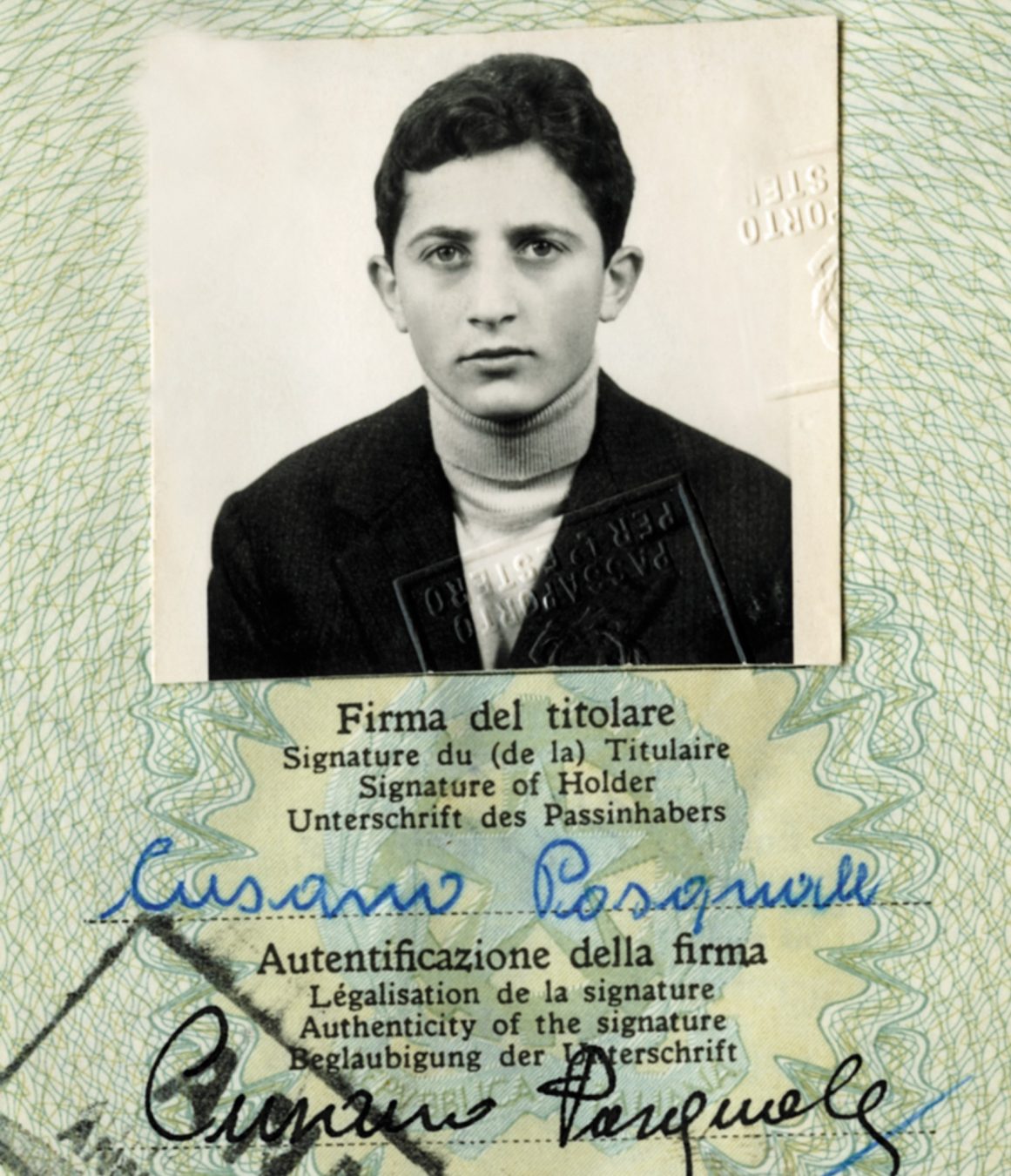 December 30, 2017 marks the 50th anniversary of my arrival to Canada. I remember the day, in 1967, like it was yesterday. The air was crisp. As I walked outside Vancouver International Airport, I saw snowflakes for the first time in my life. I was 16, dressed in my first suit and carrying a cardboard box tied with strings holding a few pairs of socks, underwear, and some shirts. My mom’s brother, my zio Nicola Merola, who I met for the first time in that moment, had just pulled up in his Pontiac Parisienne. He opened the trunk. It was as big as the Fiat 500s back home in Italy.

My mother, brother, and I entered my uncle’s home in North Vancouver greeted by my cousins, who I was also meeting for the first time. Additional guests included those who had known my mother in Italy. What I found most unusual were the conversations; they were all in broken English. This was the first time I heard English, or sounds that I was told were English. I did not understand what the words meant. My cousins, born in Canada, made an effort to speak in broken Molisano dialect so that we could communicate.

For those first few days, the strong emotion of being reunited with family slowly dissolved into frustration as the realities of being an immigrant in a strange land settled in. The language barrier was the main issue, but I also had no idea what I would face in a big, sprawled out city; I felt very alienated and alone. After my night shifts at my first job at a bakery, I often took a loaf of bread with me so that if police stopped me during my walk home in the dark, I could at least point to the bread, to help explain from where I came and where I was going. One time, they even drove me home.

As the first days passed, my thoughts were focused on how I would find my way back to Florence. I didn’t want to leave right away, though—I was torn between my respect for my uncle, who had gone out of his way to sponsor us coming to Canada, and how I could make a life for myself. The first two weeks felt like an eternity, but fortunately, I found the job at the bakery. The pain subsided slightly, as now I could earn my own money to return to Italy. More time passed, though, and with each day, I began to feel more comfortable. Slowly my heart changed: I wanted to remain in Canada.

I firmly believe that Canada is the best country in the world. To this day, it is a land of opportunity for those who have determination, passion, commitment, and drive. For me, a young man with grade five education, few skills, and little money, this country gave me a life I would never have if I stayed in Italy. Now at 66, I have four children, four grandchildren, so many friends, colleagues, and associates, and have tried ventures that, back in Florence, would have been unfathomable.

On October 20, I gathered the Cusano men together for a special lunch at Cioppino’s. Chef Pino graciously opened his restaurant for me, my brother, his three sons, and my two sons. One of my nephews even flew in from the U.S. for the occasion. As we ate and laughed, I decided to also have Milos, one of our loyal contributors, take a few photos. For now, they may just be memories of a meal, but maybe half a century from now, to my grandchildren and my brother’s grandchildren, they will mean much more.

I learned at a young age the power of a photograph. My first image of Canada was found on a postcard my uncle sent from Vancouver; it was of a man in a red jacket and a black hat, who I later found out was an RCMP officer. The photos of this meal, and many photos from over the years, remind us of those who helped us and walked with us along the way. One example is my esteemed colleague Jim Tobler, MONTECRISTO’s long-time editor, who has now retired and has left us with a wealth of stories and images to remember together over continued cups of espresso. May you too create many more memories with your loved ones as we celebrate the joy of the season and the promise of a new year.