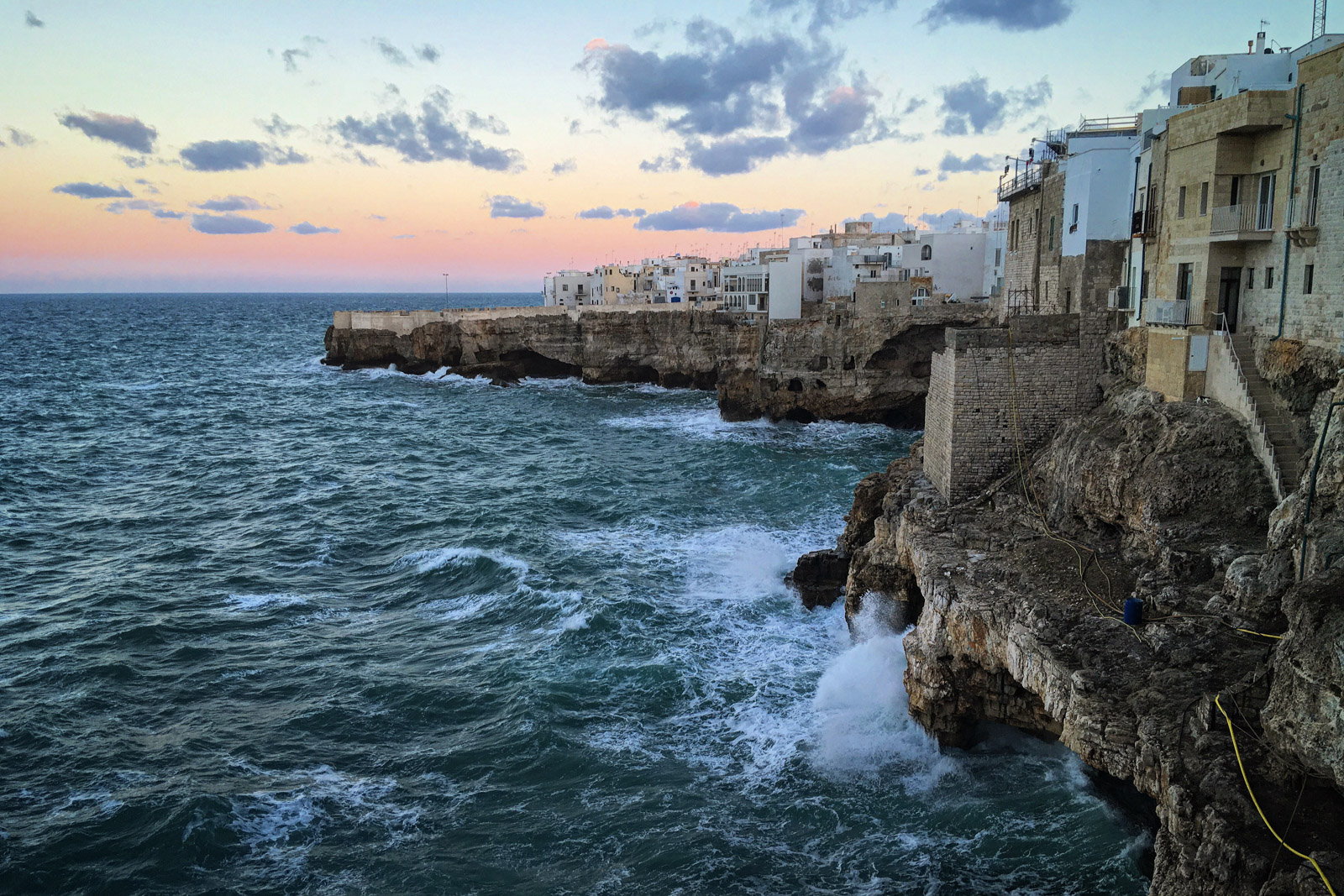 When people ask how a pair of Vancouverites decided to start a travel company running tours in Southern Italy, I tell them we didn’t choose Puglia. Puglia chose us.

And to illustrate my point, I usually tell them this little story.

My partner and I first visited and fell in love with Puglia in 2005, but our infatuation was cemented in 2013 during a month-long sojourn in the sun-kissed city of Lecce. Lili was studying Italian at the city’s university while I was sleeping late and exploring. On our third evening there, we decided to sample some slices at Pizza&Co, a little takeout pizzeria that locals claimed was the best in town. 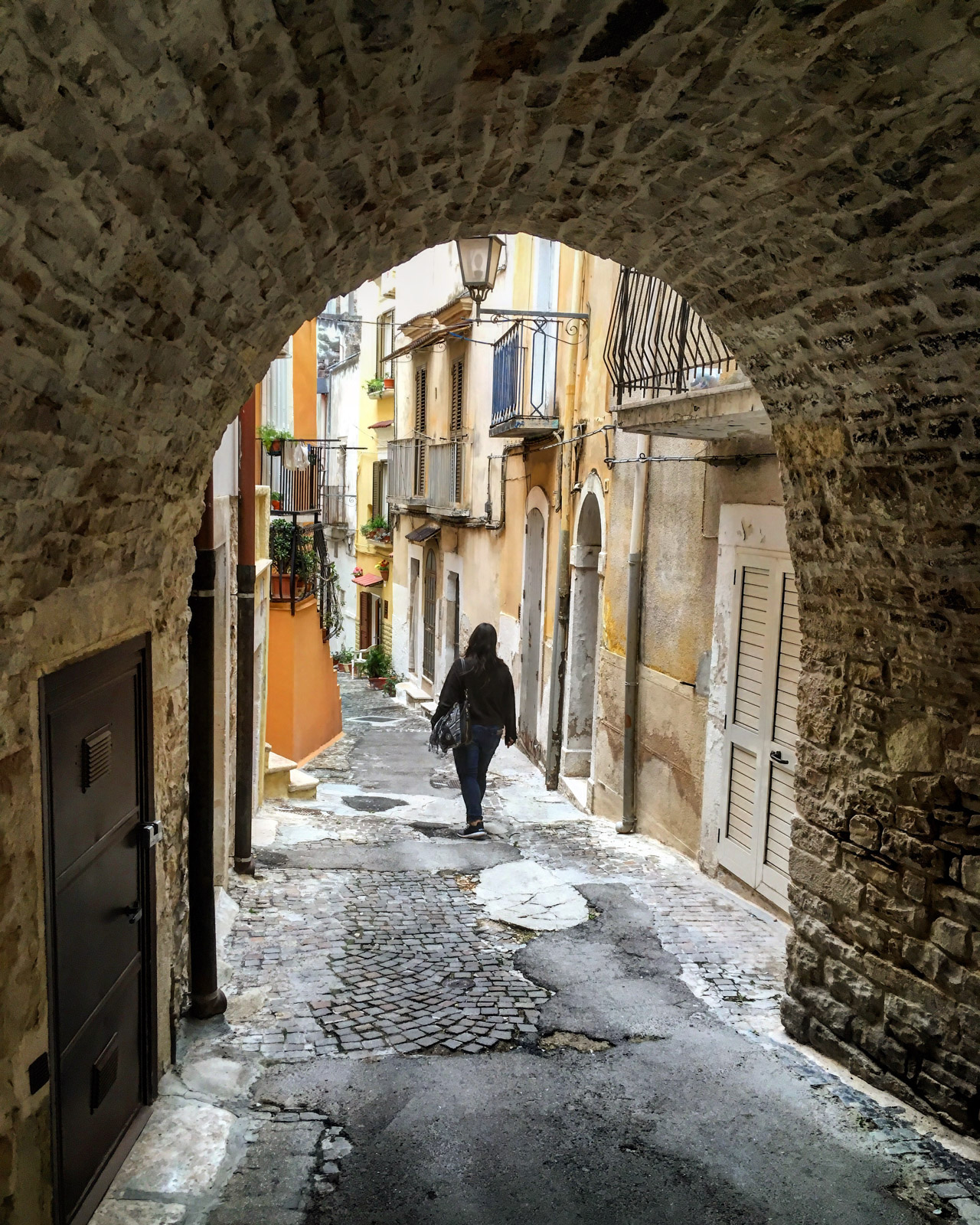 I perused the menu and naively told the man behind the counter, who I would later learn was named Maurizio Ortona, that I would like a slice of Capricciosa pizza.

His reply was defiant and definitive.

“I’m not making that,” Maurizio insisted in Italian. “No one has ordered a Capricciosa since the 1980s. It’s an old pizza. Old!”

“That’s okay,” Lili replied, pointing at me and speaking in perfect Italian, “he is old.”

After a half-second pause, both Maurizio and Lili erupted in raucous laughter. As the tears dried on their cheeks and their howls subsided, Maurizio stopped, looked directly at Lili, and said, “You are my sister from a past life.”

Since that initial visit, I’ve probably been to Pizza&Co more than 300 times, enjoying the incomparable pizzas and savouring the company of Maurizio, his wife Silvia, and his brother Paolo, who have become work partners and dear friends. The majority of my visits have been punctuated by the arrival of international travellers lured by the pizzeria’s reputation for flavour and friendliness; many have even selected slices of Capricciosa. Maurizio has never declined their orders. 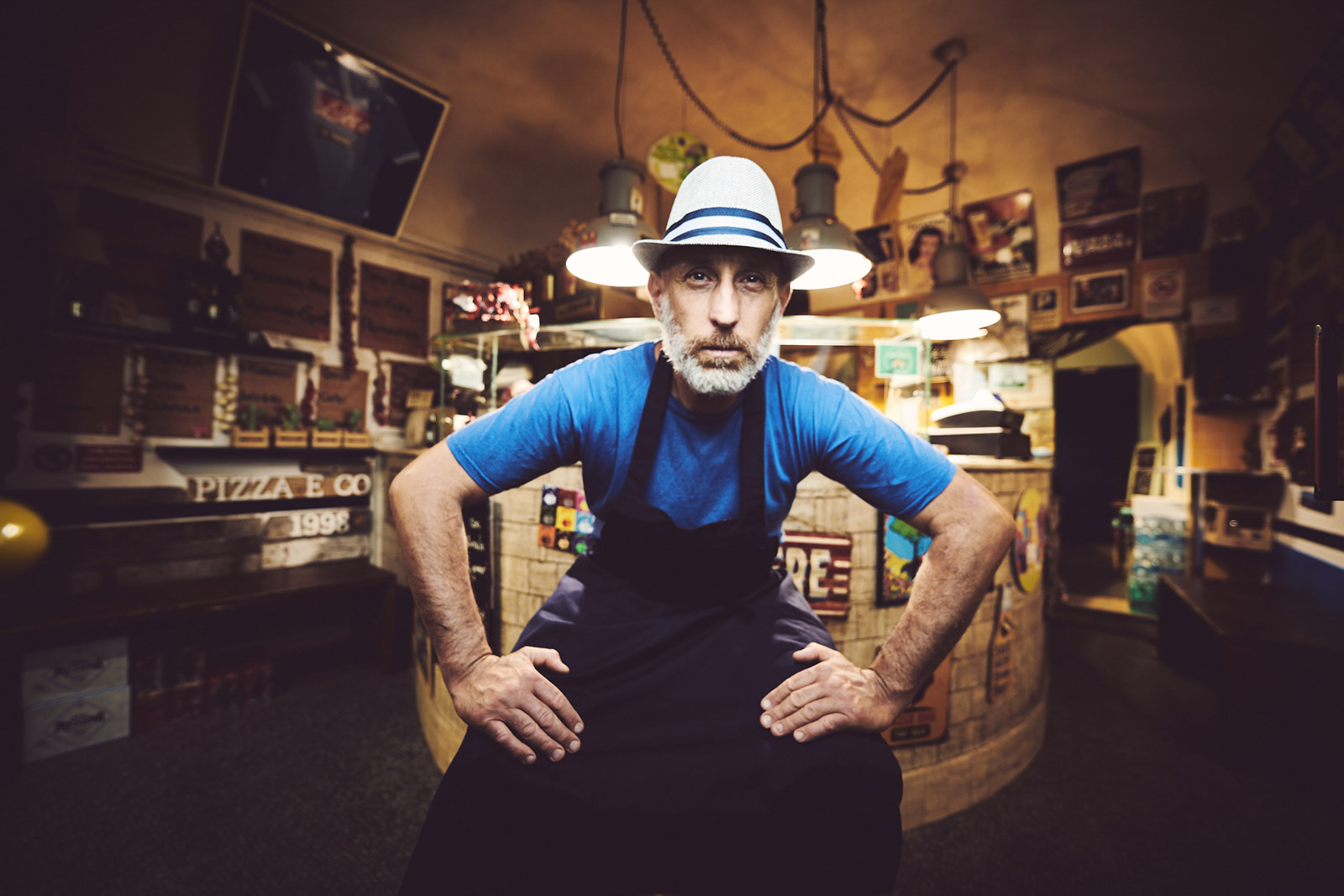 Maurizio Ortona at his pizzeria in Lecce. Photo by Adam Blasberg.

Meeting Maurizio was the first of many inexplicable moments of magic we encountered during our life-changing month in Lecce. A few days after the pizza chef’s declaration of reincarnation, I received a mid-evening phone call from Lili, who was finishing a cooking lesson as part of her course.

“We have way too much food to eat here,” she explained. “Can you come down and help us out?”

Fifteen minutes later, I was introduced to her cooking instructor, Gianna Greco, who immediately furnished me with a colossal glass of red wine and a plate full to the brim of cucina salentina classics. Gianna seemed impressed by my eating capabilities, and another friendship was instantly sealed.

That month was full of adventures and chance encounters, as each passing day felt as if we were becoming more embedded within the culture and community of Lecce and the Salento region of Puglia.

So upon our return to Vancouver, when Lili suggested we start a tour company to share the experiences and people we’d fallen in love with, it made perfect sense. Espressino Travel was born. 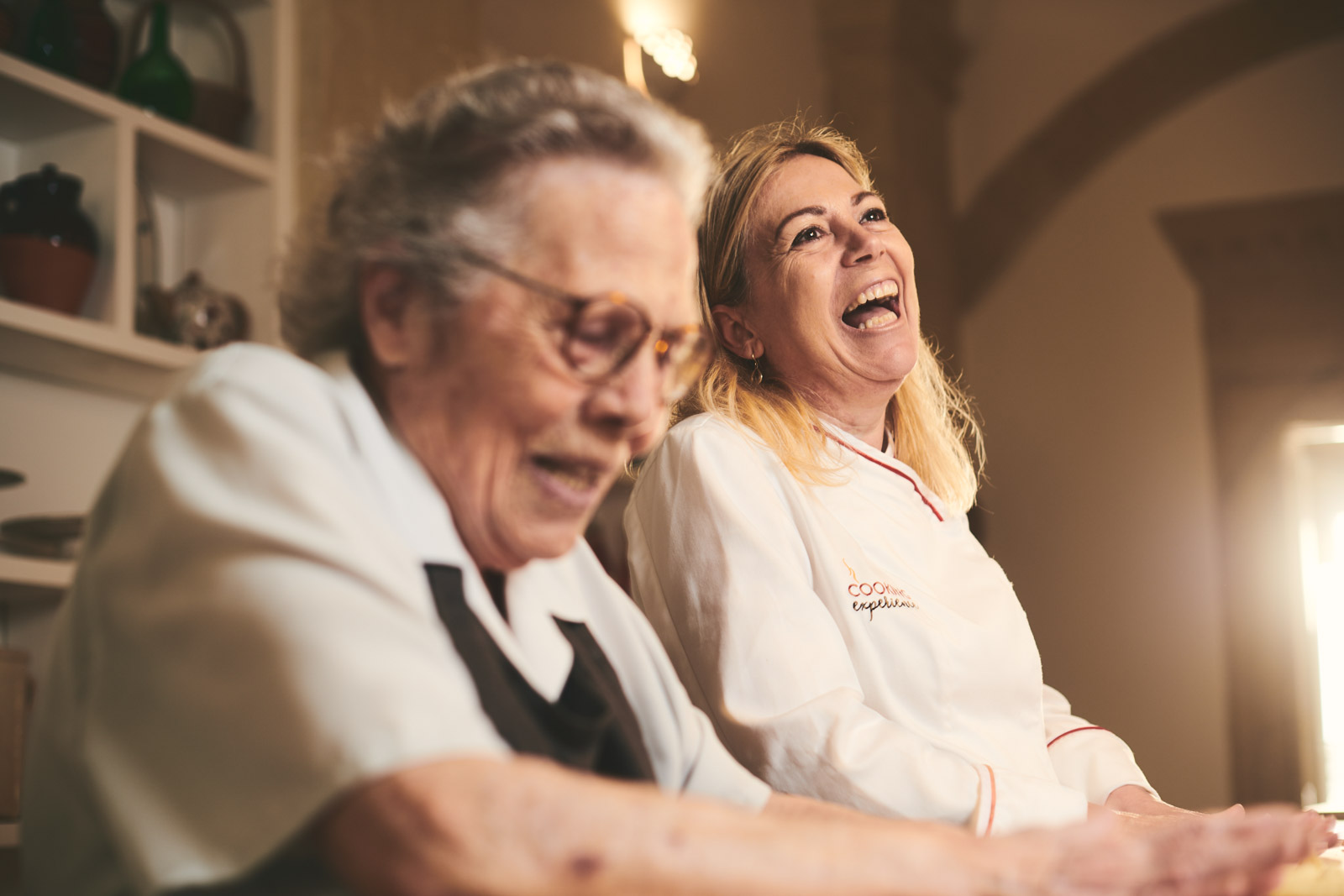 Gianna Greco and her mamma, Rita. Photo by Adam Blasberg.

Neither Lili nor I had any previous experience in tourism, so our logical approach to creating tours was to ensure that every day would be full of the kinds of experiences we’d enjoy ourselves. Though we always share the key sights of the region—the baroque splendour of Lecce, the famous trulli homes of Alberobello, and the cliffs of Polignano a Mare—it turns out that guests really love what we love: making emotional connections and creating memories from authentic experiences fuelled by our local partners’ passions.

Puglia is noted within Italy as the friendliest region in a friendly country. Locals refer to it as espansività or openness: a natural ease and willingness to connect with strangers who instantly turn into friends. Generosity and hospitality are fundamental aspects of every encounter. Piano, piano (slowly, slowly) is the overarching philosophy throughout the region. No host would ever be so uncouth as to suggest hurrying. And naturally, there’s always time for a joke, a laugh, and one last caffè or digestivo.

Gianna’s classes, though full of detail for serious cooks, inevitably end with a not entirely sober chorus of “Volare” in her school’s underground cistern. Maurizio’s pizza-making lessons (which he won’t run for any other tour company) conclude with his wife’s homemade torta caprese, limoncello, and bilingual recitals of his favourite poems in his pizzeria’s cozy backroom.

The privilege for us is that we’re able to work every day with our new friends; people such as Donato Fersino, who, at age 18, bought a farm-to-table restaurant in ruins with a couple of teenage friends and has dedicated the last three decades to restoring the building and keeping its traditions alive. 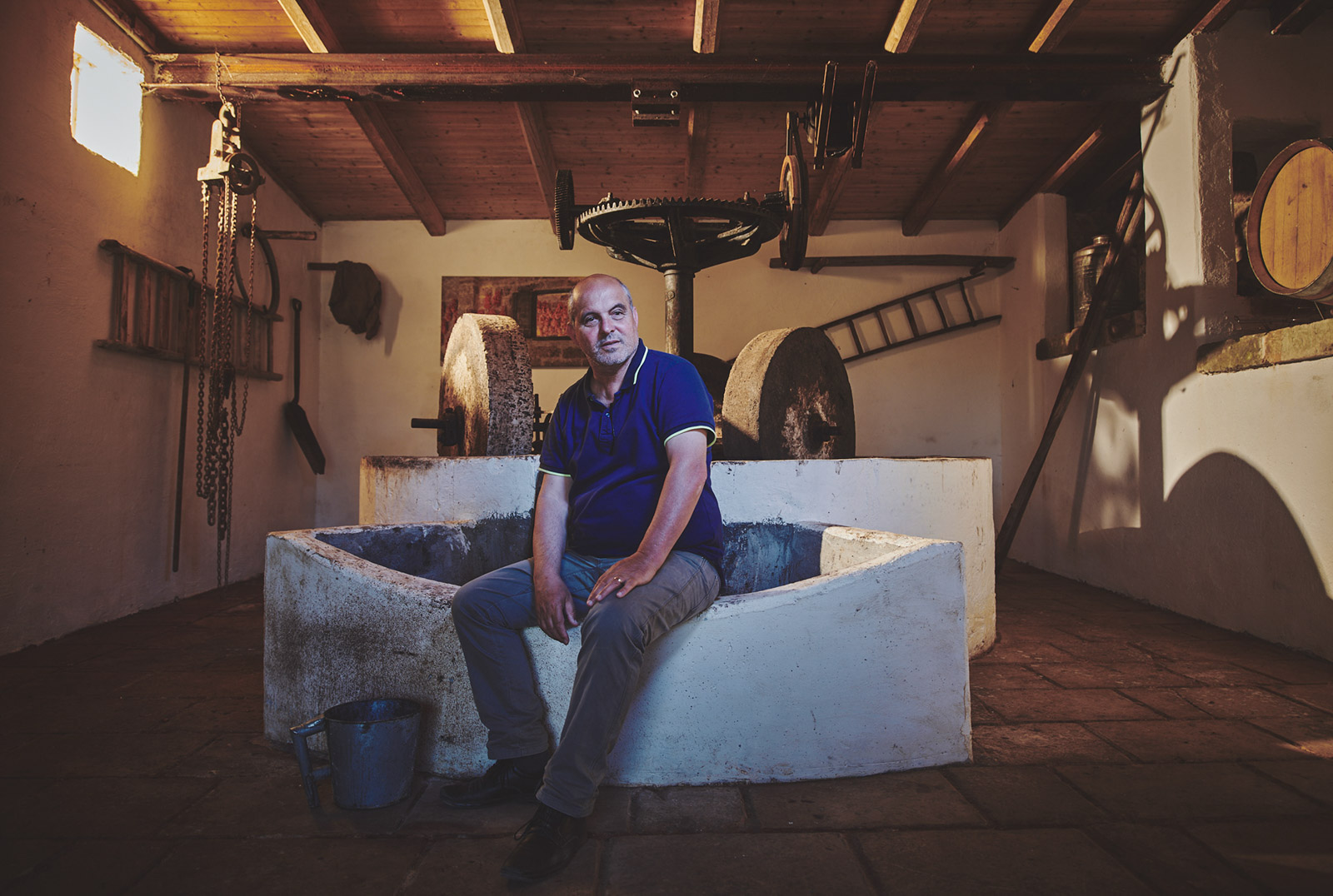 Donato doesn’t speak English (Salentino dialect, rather than Italian, is his mother tongue), but when he talks about the struggles of the contadini who worked the land without reward or recognition, and the importance of remembering their achievements, people immediately understand the connection to the land and its history. (Of course, they love the delicious and endless plates of food, too.)

We were unable to run tours in 2020, but we’ll be back as soon as it’s safe, and the memories of the great times we’ve already shared remain vivid. And although it sounds grandiose to suggest that a week in Puglia can change our guests’ lives, we’ve repeatedly witnessed moments of epiphany as North Americans realize there is another way of living. The piano, piano philosophy shows how rich life can be when it’s centred around community, connection, and experience rather than the endless chase that stems from the doctrine that wealth equals success. That fun is not an extravagance but rather an intrinsic part of daily life is a concept that lingers with many of our guests long after they return home.

Years later, we asked Maurizio why he refused to make that Capricciosa.

“You looked like a couple from a romantic comedy. I thought it would be fun to be part of your story.”