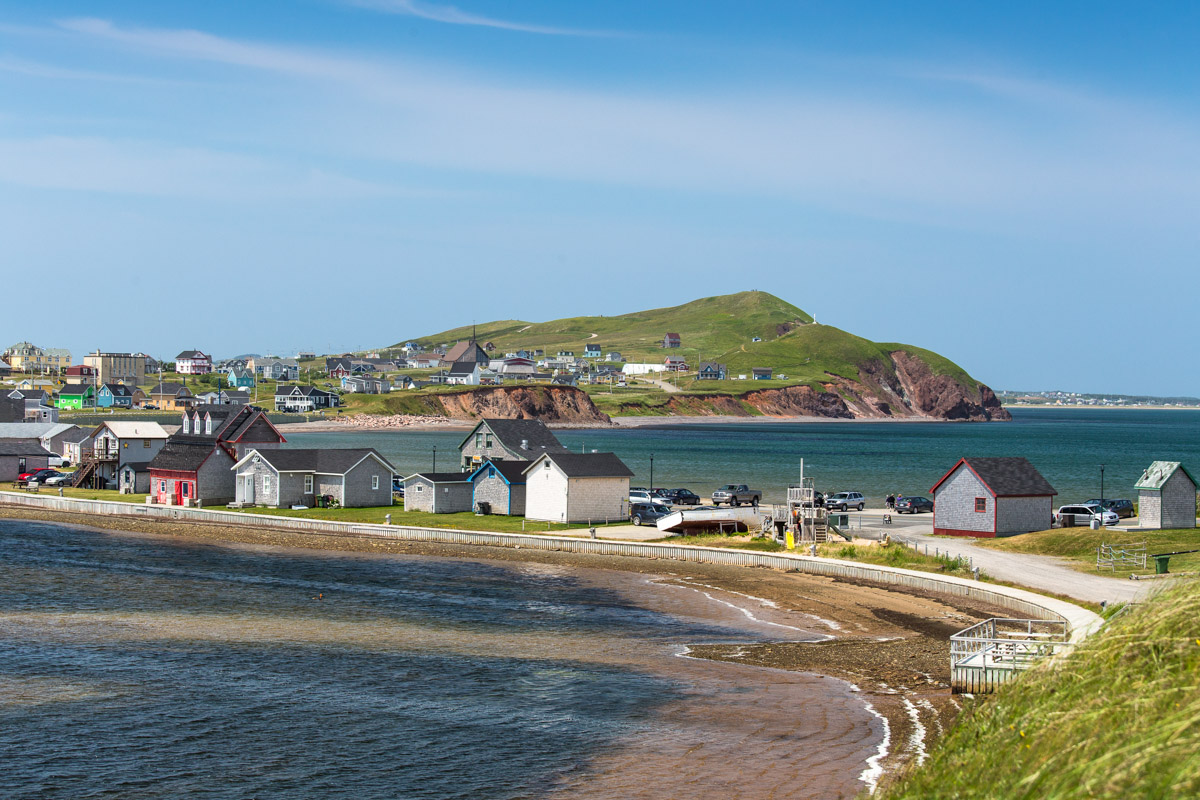 In the Gulf of Saint Lawrence, nestled northeast of Prince Edward Island and southwest of Newfoundland, is an archipelago known as Les Îles de la Madeleine. Influenced by Maritime, Quebecois, Acadian, and Indigenous culture, the Magdalen Islands or the Maggies in English, are something altogether different from anything you’ve experienced before.

When I was a teenager, the ferry left my seaside town in Prince Edward Island for the Maggies twice a day, but by the time I was eighteen and on the brink of college, I still hadn’t made it onto that five-hour ferry to Cap-aux-Meules. My twin and three friends decided that together we would travel by bicycle and camp our way across the islands. Of course, we should have checked if there was a hurricane in the forecast. Hindsight is 2022.

I was no cyclist, and it wouldn’t be a stretch to say I wasn’t the only one. We were a ragtag group: me, my twin Amelia, our close friends Ryan and Martha MacDonald (who were cousins) and Ryan’s best friend, Andrew. But we were active, easily entertained, and unafraid of a little failure, so in August of 2008, we set forth.

We took the 2 p.m. ferry and had to make quick work when we finally arrived in Cap-Aux-Meules, a beautiful but eerie Quebecois mirror of our own port. We had two hours of daylight to reach the campsite and get our tents ready by sundown. Andrew, in particular, was excited for the maiden voyage of his new bicycle. 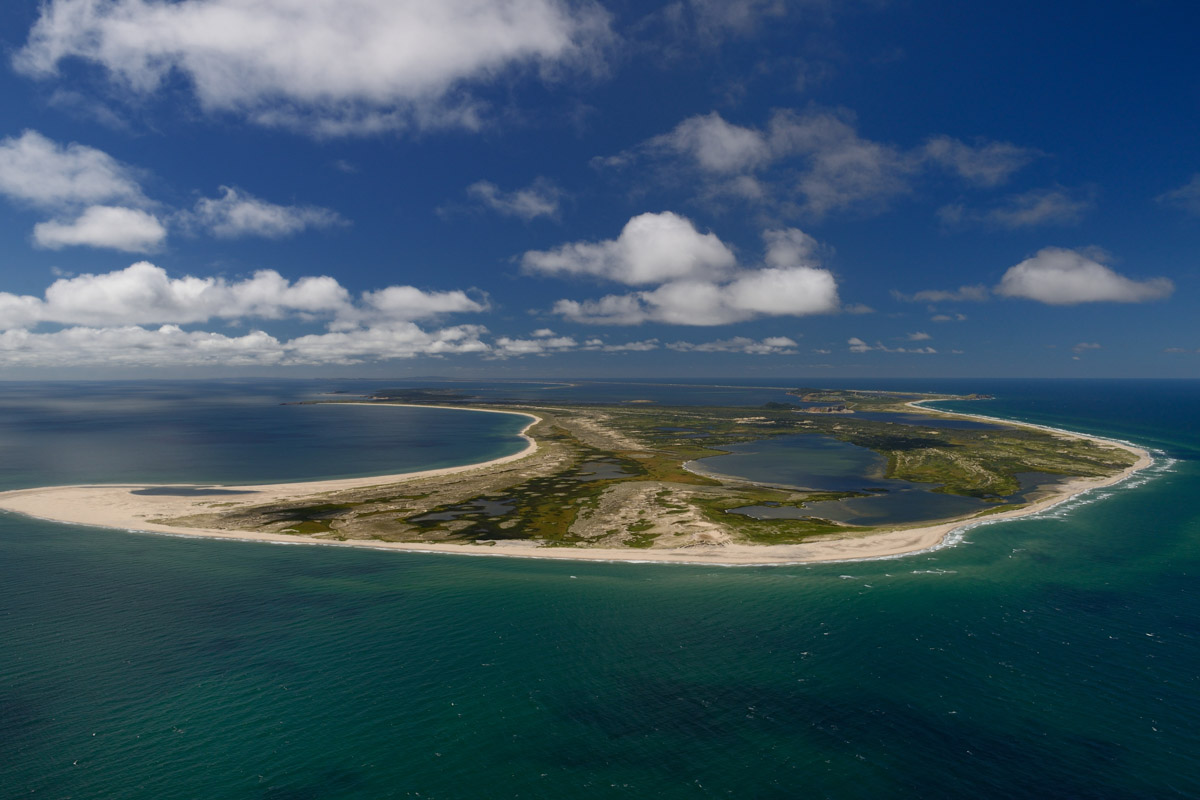 Riding through the hills towards the Parc de Gros-Cap, I felt an electric thrill. We were somewhere just a little more rugged, just a little more angular than home. It was like there was another chapter of a book I’d somehow missed. It was my island continued⁠—explored further, taking tangents, going for broke. And then, a yelp.

Andrew flagged behind us. His brand new bike chain had snapped. Losing daylight, we made the quick decision to find a beach and make camp. We threw our bicycles in a heap at the dune’s edge and set up our tent as the rain started to fall. As the wind picked up, we put on our warmest layers and tucked ourselves into sleeping bags.

I woke up to the distinct realization the tent had collapsed. In the hours we slept, a stream had carved its way into the sand and flowed directly through the bottom of the tent. Amelia and Martha confessed they were trying to sleep around it, but when the rest of us woke up, we got out and moved the tent. There was no sense trying to go back to sleep. Our warm layers were soaked through with no alternatives. We bundled under blankets and waited for morning.

At the first sign of light, we abandoned the beach and our belongings in search of shelter. I saw a flock of gulls rise only to be held in place in the air by the wind and forced to give up. We spotted an abandoned shack. All our phones were dead but mine. We decided to break our budget and call a cab. But even sheltered in the shack, the wind was strong and my French was dismal. Unable to convey either our location or the seriousness of our predicament, the cab company hung up. Sardined and soaking, we decided to call the police.

I apologized, cutting straight to English, and was put in touch with a bilingual officer. I tried my best to explain where we were before realizing I wasn’t all that sure aside from in a shack by the beach. While approximating our distance from the ferry, the line went dead. My phone ran out of battery. Amelia says she can still remember my scream.

We walked until we found a group of houses. Shivering in a huddle, we found a house and, thinking we had reached morning, knocked on the door. 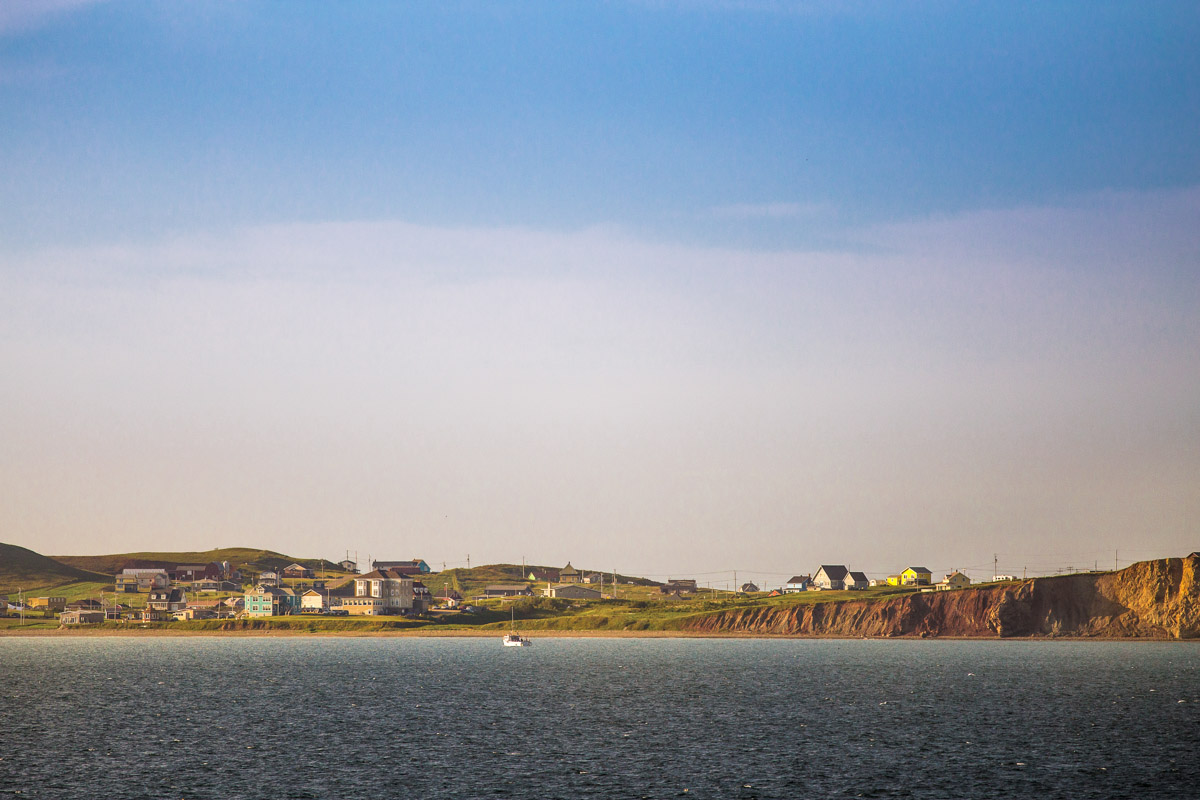 A woman answered, calmly in the middle of making her breakfast. We stuttered that we’d been on the beach and the rain had come in on us and all of our phones were dead. She cocked her head maternally and said, What would possess you to camp on a beach in a hurricane? She called us a taxi, and told the driver to take us to the nearest hostel (she could see we didn’t have the strength to attempt camping again.) The hostel didn’t allow check-ins until 3 p.m., and on the verge of hypothermia, we asked the taxi driver if anything else might be available. He drove us to Aux Pas Perdus and wished us luck.

We stood outside the colourful bed and breakfast and prayed. As soon as we stepped inside, we were enveloped in a physical and cultural warmth. It wasn’t a bed and breakfast so much as a hearth and we knew were were in good hands. Colour and zigzagged art traversed the walls, like a Montreal apartment. The receptionist told us they only had a double bedroom available, and we promised to pay any price to stay the five of us if we could check in immediately. The receptionist brought us a cot and put what clothes they could into the dryer. When we were somewhat dry we ate breakfast, huddled together like kittens. Martha said she’d never tasted anything better.

When we were no longer soaked or starving, the kind waitress who had dried our clothes and fed us finished her shift and drove us to the beach to grab the belongings we had abandoned. Amelia and I thanked her so profusely Martha had to say out loud that we were embarrassing ourselves, as if there were any lower to stoop. Martha herself was furious she’d only checked the weather on Prince Edward Island and not the Maggies. 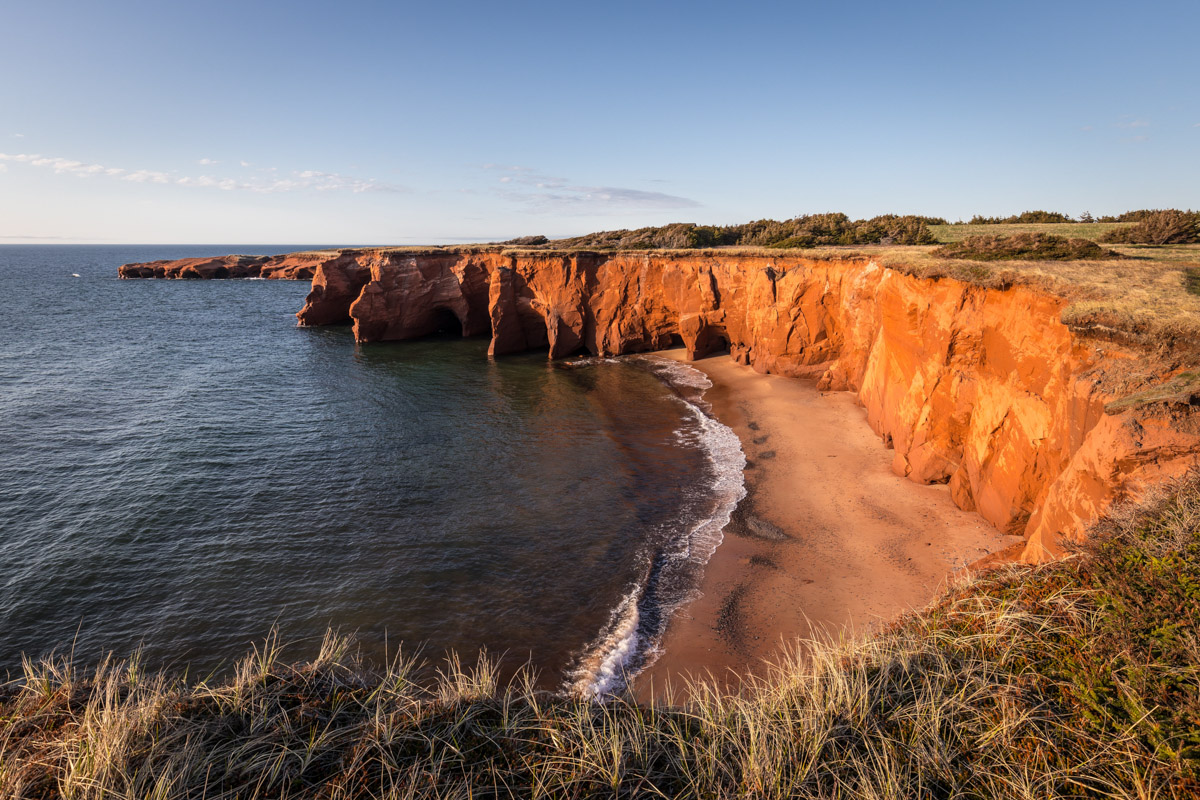 None of us can remember how the bikes came back. Did the waitress have room on the back of her car? Did she drop some of us off and take Andrew’s bicycle alone with an attendant? By the afternoon the weather cleared and a beautiful day stood before us. It was only in a moment of blissful warmth that it occured to me to call the police back. It turns out they had found our locations but no English teenagers⁠—just strewn camping gear and bicycles⁠—and thought we were dead.

The rest of the trip was bliss. We drank Fin Du Monde on a hilltop and visited the colourful shanty shops. I spotted a patterned grey scarf that, had I bought it, I would have given away to a sibling and never thought of again, but because I walked away  only gets more beautiful every year. We tried pied-de-vent over poutine, the Magdalen Islands’ specialty cheese named after a French Canadian expression for “the sun piercing through the clouds.”

We left happy as clams, full of life after escaping the verge of death. The mysterious islands were a mystery no more. We came, we saw, and we were nearly conquered. Despite our naivety, the kindness of the Magdalen Islands saved us. What would I tell people? Visit les Îles de la Madeleine, wrap yourself in their kindness, but for the love of God, check the weather.