If you grew up in Vancouver, your grandparents might have danced to big bands at the Commodore when the club first opened in 1930. Or you might have discovered U2 there in 1981 before the band made it big, or crowd-surfed to pre-fame Nirvana a few years later. Having outlived its contemporaries like Isy’s Supper Club and The Cave, the iconic venue now approaches its 100th birthday with the prospect of an extensive restoration project to reinject life into the Granville entertainment strip it still calls home. In this story from our archives, we look back fondly at the Commodore’s storied past.

For music fans, the number of notable names dropped in Aaron Chapman’s 2015 book Live at the Commodore: The Story of Vancouver’s Historic Commodore Ballroom was staggering. From respected bluesmen like Muddy Waters and Willie Dixon, to New Wave and punk icons like Blondie and the Clash, to Canadian-made treasures like k.d. lang and Sloan, the 90-year-old live music venue on Granville Street has hosted its fair share of legendary performers.

Those acts are just part of the story, though. Chapman’s extensive research on the local landmark uncovered plenty of offstage anecdotes as well—and the stories keep coming, even years after the book was published. 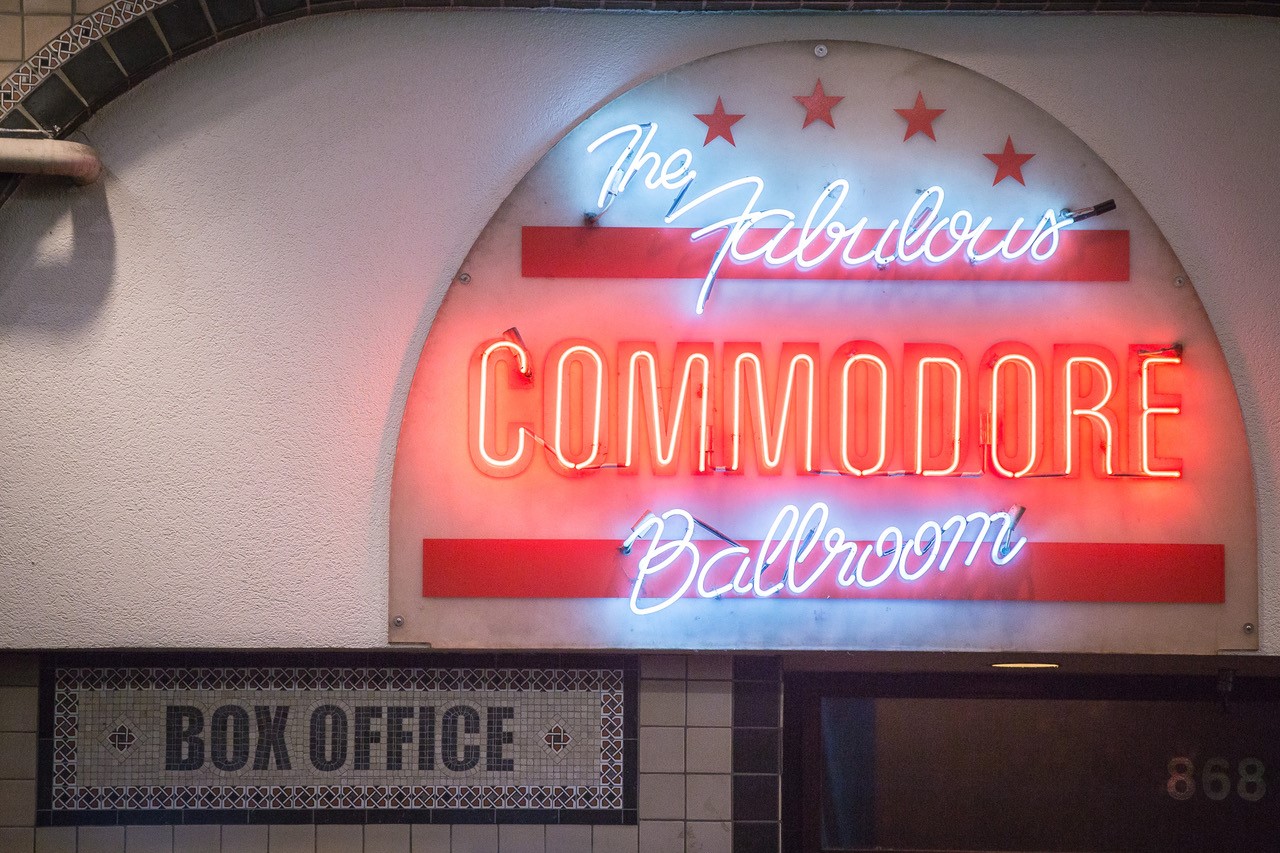 “I had a woman call me who said her mother was a nightclub photographer in the 1940s. [Her mother] used to go around and take pictures of people at their table—you could buy one for 25 cents. She said, ‘I’ve got a great one of the coat check girls,’” Chapman explains over the phone. “Twenty minutes later, I get a call from a woman up in West Vancouver who said that she used to work as a coat check girl for the Commodore in the 1940s. Sure enough, when I go to meet her once I’ve got the photograph, she sees herself and her coworkers—good friends that she hadn’t seen in decades. There were these wonderful little coincidences.” 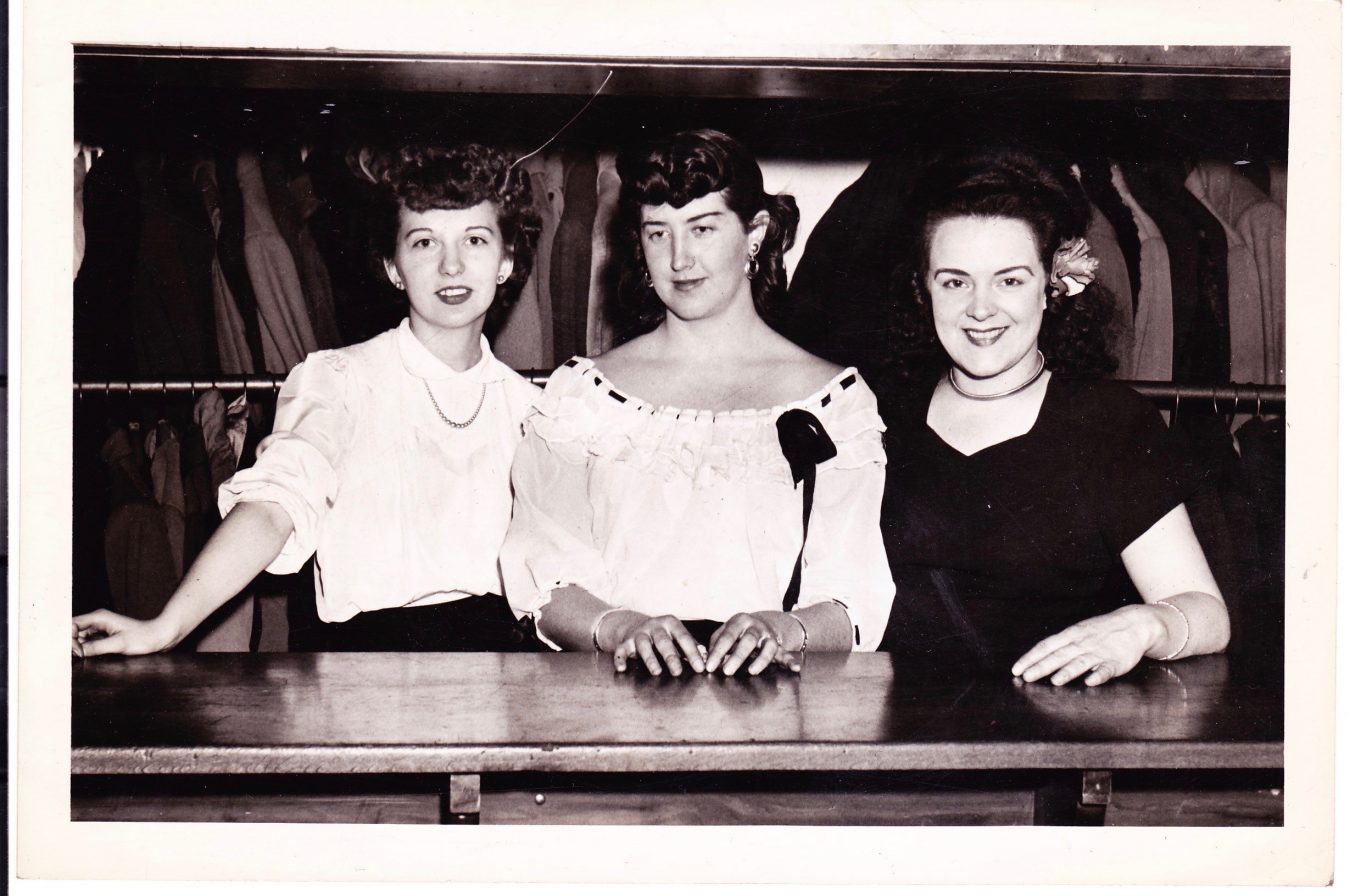 Whether it’s grandparents having danced to big bands when the club first opened its doors in 1930, or Gen-Xers crowd-surfing to pre-fame Nirvana, or newly legal electronic music fans now embracing a DJ’s booming bass on a Saturday night, multiple generations of Vancouverites are connected to the Commodore. Prior to penning Live at the Commodore, Chapman was an audience member, a performer with The Town Pants, and a behind-the-scenes showrunner for countless gigs. After being asked to compile an online show archive for the venue’s website, he started sketching out ideas for a book. And as Chapman discovered, not every explosive performance was meant for an audience. 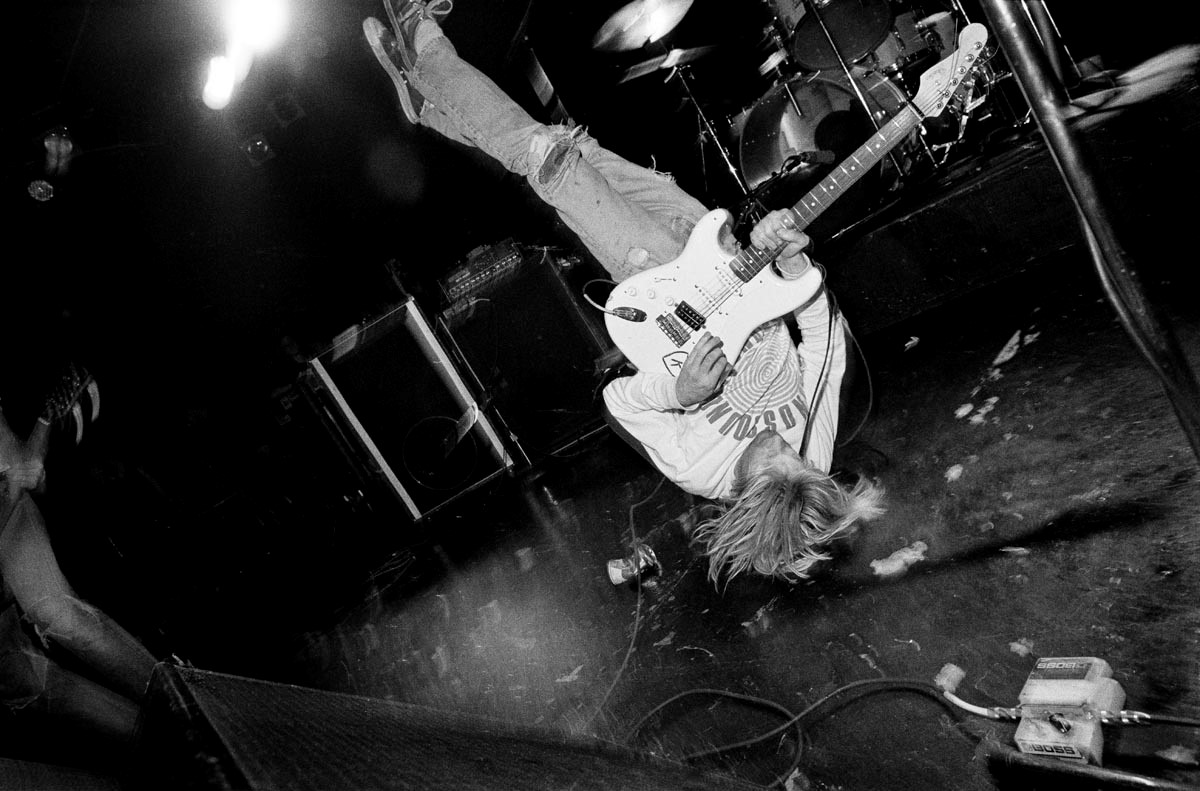 “I found an item in the Vancouver Sun, I think it was in July 1941, where the office safe had been blown up by some safe crackers that broke into the building,” he notes with a laugh, adding that the crooks were seemingly never caught. “They’d stolen about $650, which was a chunk of change in 1941! I found out later that it was a common thing that thieves would target theatres in Vancouver, especially on a Sunday night [because] that money wouldn’t be on the tape until the bank opened Monday morning.”

Live at the Commodore chronicles the club’s beginnings as a jazz orchestra-manned supper club run by beer baron George Reifel; many early attendees had to bring their own booze since the venue didn’t have a proper liquor license. Back then, the Vancouver Police Department would routinely raid the Commodore, looking to round up lubricated lawbreakers. 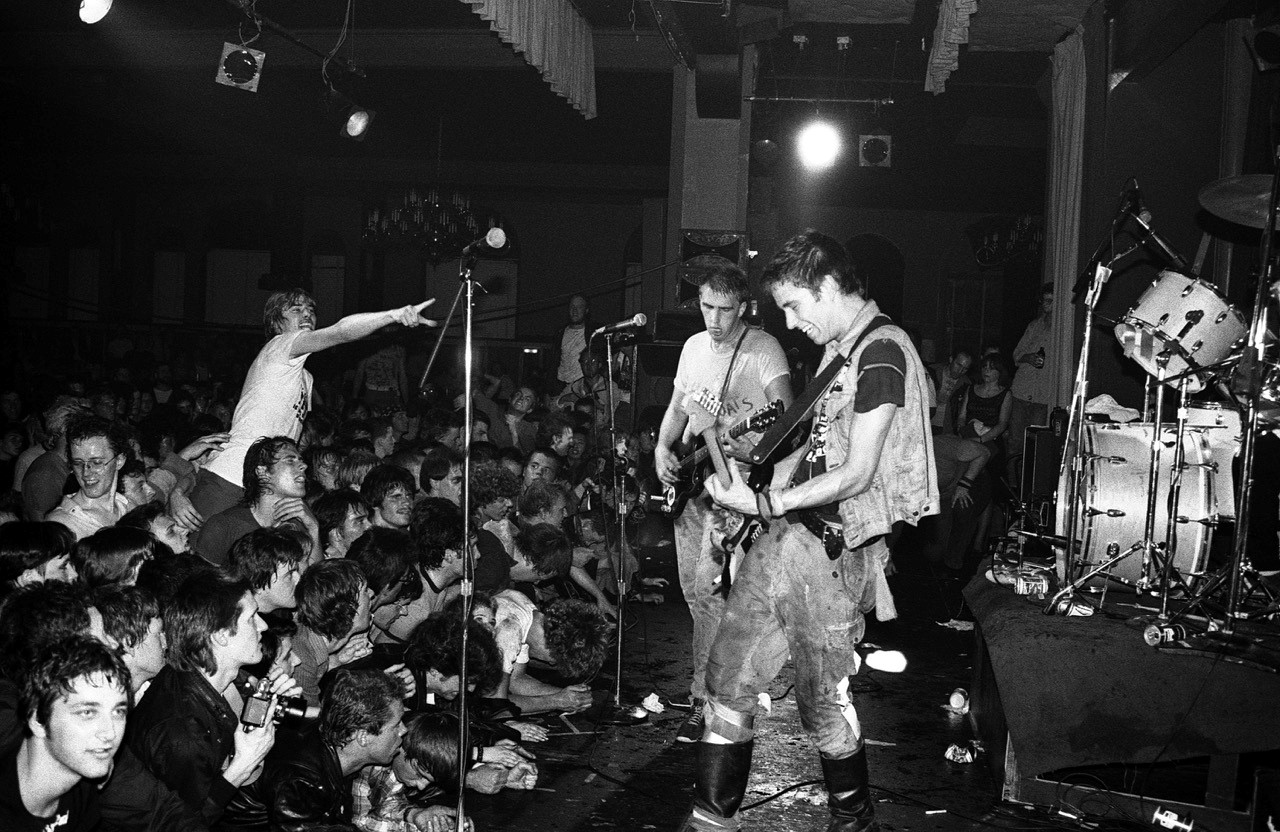 By the time Drew Burns took over the theatre in 1968, the club switched from showcasing standards to the riotously experimental blues of Captain Beefheart, glam rock, and punk (“He had a try-anything approach,” Chapman says of the late club owner). Amazingly, a 1981 installment of the Commodore’s “Cheap Thrills” concert series found the then-relatively unknown U2 playing their first-ever show in town, and for less than $5 a head. Chapman reminded the band of this in 2017 when they rolled into town to play the 54,500-capacity BC Place. “I came down with four copies of the book and gave them to the band,” says Chapman. “They remarked how young they looked and got quite a kick out of it.”

Despite the many highlights in the Commodore’s history, there was a dark period from 1996 to 1999 when the club was closed because of a legal dispute between Burns and the building owners over the lease. The doors were locked, while boards from the legendary “bouncing” floor—which gets its spring from horsehair—were auctioned off for charity. But since reopening, the Commodore’s 21st century run has seen plenty of contemporary action from the worlds of hip-hop, indie rock, and pop. 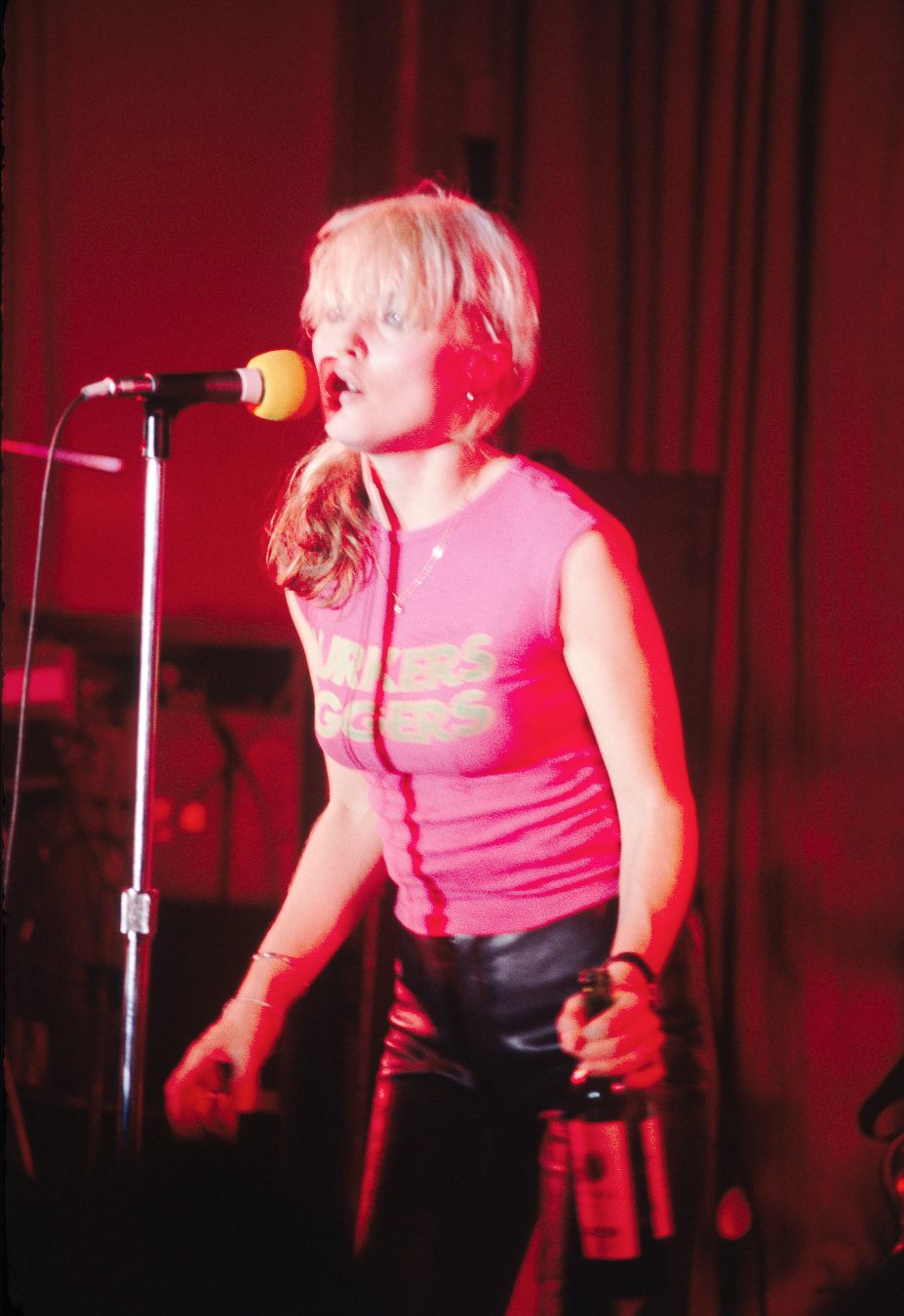 “Those walls hold so many memories, and so much fondness,” Chapman says, marvelling at the legacy of the space. The music has changed, and the room has been remodelled a few times, but it’s remarkable how it has managed to outlast long-gone Vancouver venues like the Starfish Room, Isy’s Supper Club, The Cave, Richards on Richards, the Town Pump, and many more.

Chapman waxes on the turnover: “So much has changed in Vancouver. We’ve done a very good job of bringing in the new, but we haven’t done a good job in keeping the old. Some of those cross-generational places where your grandparents, your parents, or you went to? Christ, you can name them on one hand. The PNE, maybe? The Orpheum? Stanley Park?”

In this city, the promise that something will last forever does not exist. “There’s no guarantee that the Commodore, just because we’ve had it for these past 87 years, is going to still be here,” Chapman continues. That said, this is just speculation on his part—the room is still booked solid, showing no signs of stopping any time soon.

With its centenary now less than a decade away, Chapman feels that an updated version of Live at the Commodore could be on shelves by 2030. That is at least another generation’s worth of amazing concert moments to look back upon.

This article from our archives was originally published on January 23, 2018, and updated in February 2021. Read more from historical Vancouver.