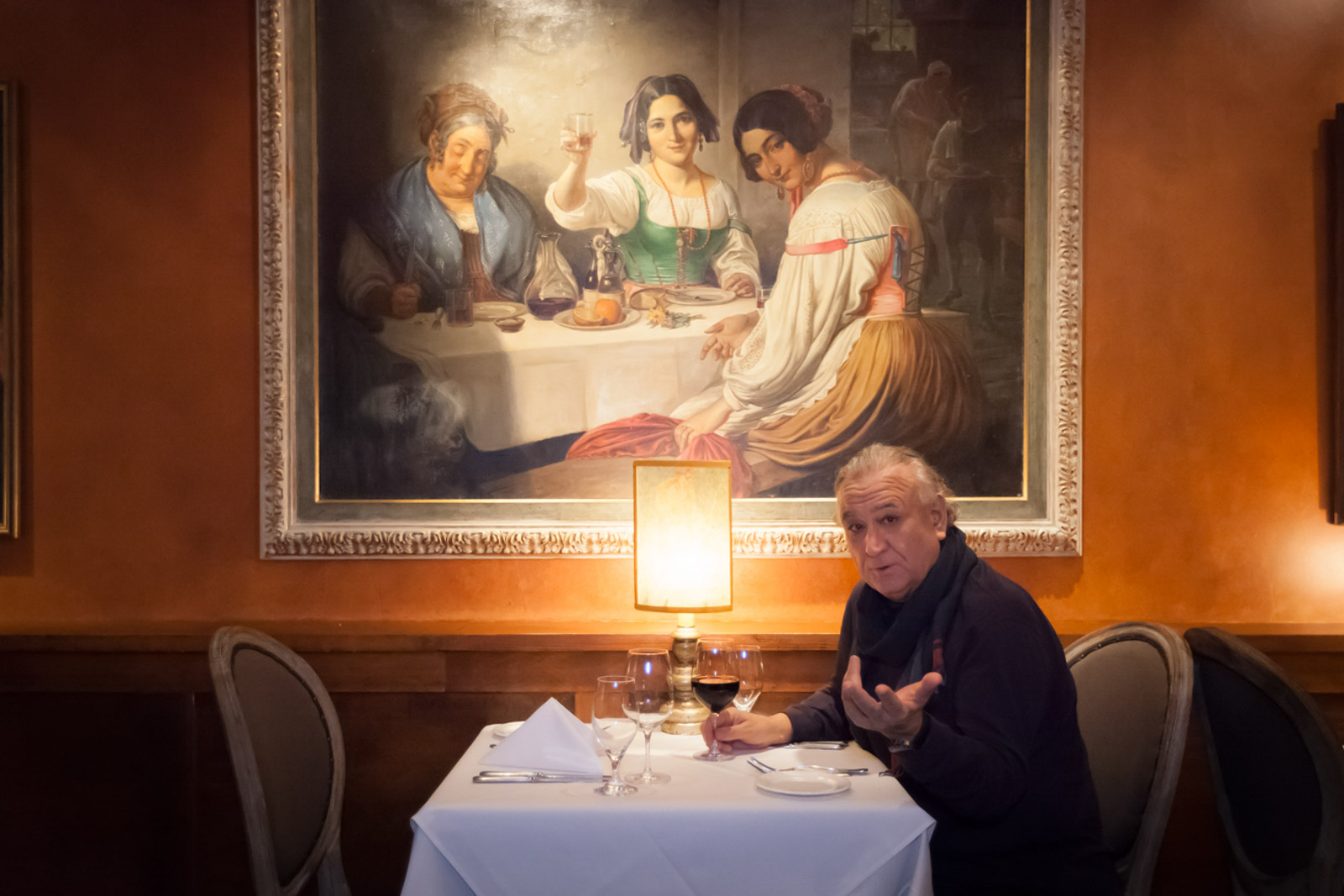 Vancouver’s great Tuscan chef Umberto Menghi first graced the pages of Montecristo Magazine over a decade ago when we recognized him as one of the founding fathers of fine dining in Vancouver. Now he will also been recognized by his home country with the prestigious Order of the Star of Italy, an honour bestowed on remarkable individuals who promote the prestige and culture of Italy abroad. Menghi was recognized for his ambassadorship of Italian cuisine in Vancouver, as well as for training new generations of chefs in the Italian culinary tradition. In honour of Menghi, we have republished below our conversation with him from 2016, soon after the reopening of his beloved restaurant Giardino.

When Umberto Menghi arrived in Vancouver, via Montreal, fresh from premier hotel and culinary schools in Rome and London, far from his native Tuscan village of Pontedera, he was not surprised, exactly, but took deep note of the fact that the city lacked entirely any authentic Italian restaurants. That was 1969. It takes a considerable leap of imagination to understand the dining scene back then, when pretty much the only game in town was certain high-end hotel dining rooms, an intrepid French room or two on Robson, and the freshly minted Hy’s Encore Steakhouse. By 1973, Menghi had taken the first major step in rectifying the situation, opening his “little yellow house” on Hornby at Pacific, and later expanding the premises, which was known as Il Giardino, until its greatly lamented closing in 2013.

By any standard, that was a pretty good run, but Menghi is a restless, resourceful, and ambitious sort. At one point in his career, he led more than seven restaurants, including places in San Francisco and Seattle, hosted a television cooking show, published many best-selling cookbooks, and later on, a fabulous, idyllic cooking school in Tuscany. Il Giardino was at the heart of the enterprise, so when it closed, it looked from the outside like Menghi was truly done. “I suppose in my heart I kept the option open to do something else,” he says. The retirement from the Vancouver scene lasted over a year, but a series of real estate and development transactions led him to believe a grand opportunity, one final and triumphal hurrah, was possible, and he set to work. And thus, the opening of Giardino, half a block away from the original restaurant, fittingly enough, in early summer 2015. Menghi’s three pillars of the restaurant business are firmly in place: “Ambience, service, food. We are selling all three things together,” he says. “And add a little bit of theatre. People have to feel at home here, no matter whether it is romance, business, or just a good evening out that brings them here.” 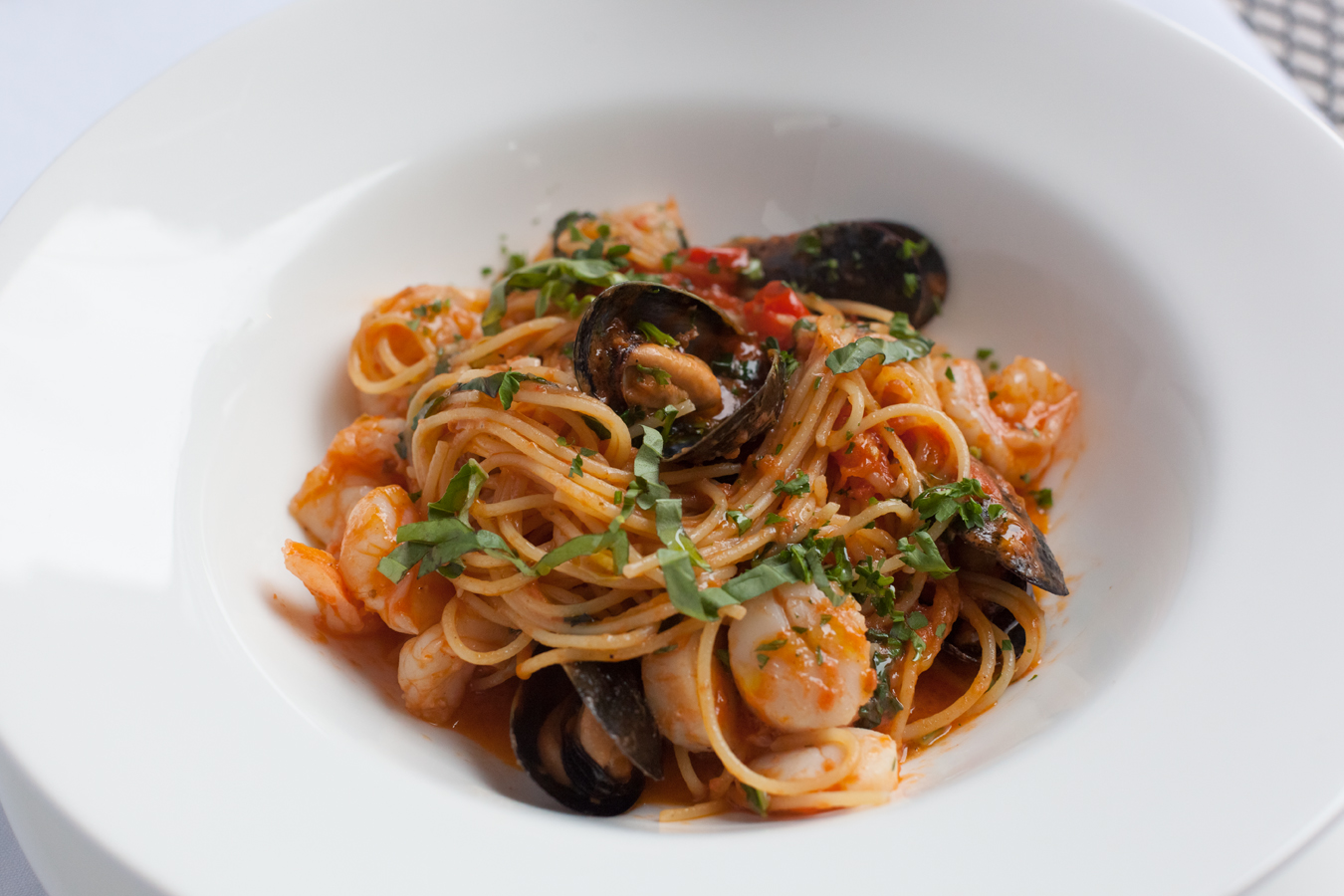 The word “authentic” when applied to a restaurant of any ethnicity located outside of the country of origin is always tricky. For Italian food, perhaps the trickiest of them all, since certain core ingredients, such as tomatoes, rosemary, even handmade pasta, taste notably different in Italy than they do in Vancouver. That all makes sense, of course, and Menghi does not really sweat that at all. “Of course things taste differently here. The soil, the climate, it is all different,” he says. “But what we do at Giardino is not always to exactly copy what we would do if we were in Florence or Lucca. We use all the techniques and so on, but we create an atmosphere unique to us, and use the best ingredients we can find. And if we tweak a recipe here and there, I like it.” He pauses, then adds, “But, for example, the gnocchi you just had is made exactly the way my mother used to make it.” 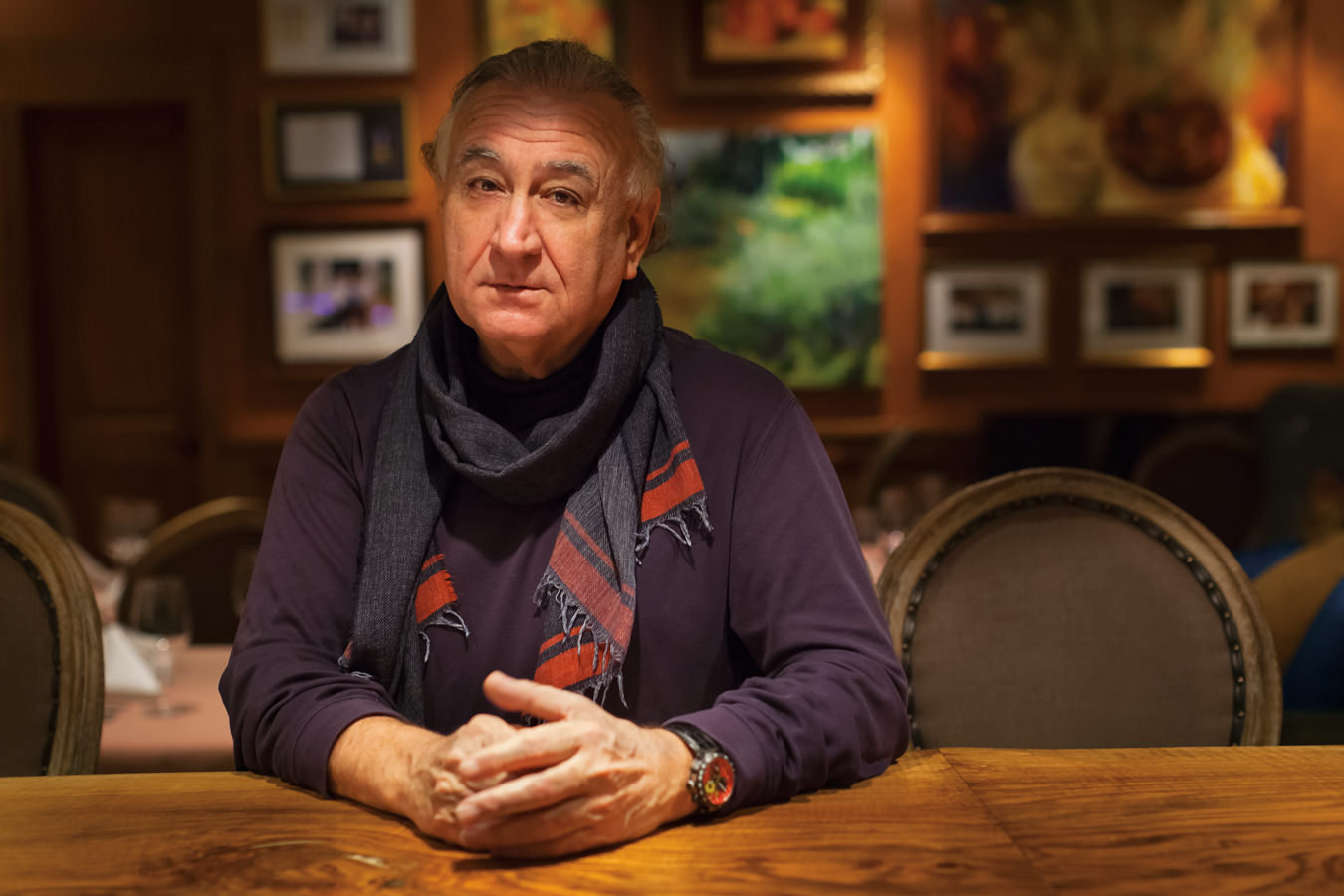 Giardino today, and every day, is buzzing with electric energy, lunch and dinner. Regular patrons seem to understand the place as their own private, swanky, festive dining room. Tables are well placed, and the room’s cavernous ceiling and ample floor space make it possible for a torrent of people to dine and mingle should they choose (which they in fact often do), without there being any sense of it being crowded or overly noisy. It is all of a piece with the service, veteran manager Bobby Copiak seeing to every detail, with Menghi presiding over it all, and enjoying every minute. But that restlessness kicks in, the passion still rises, as he explains a new calamari dish, for example: “We can get fantastic squid, fresh, and I like the lightness of the batter,” he says. “It is a delicate dish, I am happy with it.” The menu is riddled with great updates on classics, while certain fixtures, such as the best liver dish in this or most any other town, and the seafood spaghettini, continue to draw raves, even from people who have had it 50 times and counting. Menghi is clear about this, but adds that “the menu is large, but we have many patrons who dine with us several times a month. We want them to have choices.”

He surveys the room, after savouring an espresso, as the lunch crowd slowly, almost reluctantly, dissipates. He shakes his head, smiles, and says almost to himself, “All those years ago, in hotel school, with those great mentors, I got a dream in my head. It never left me.” True for Menghi, no doubt, and true for all his patrons, who missed his culinary theatre, and thus treasure the new Giardino all the more.

This story from our archives was first published June 3, 2016. Read more from Food and Drink.