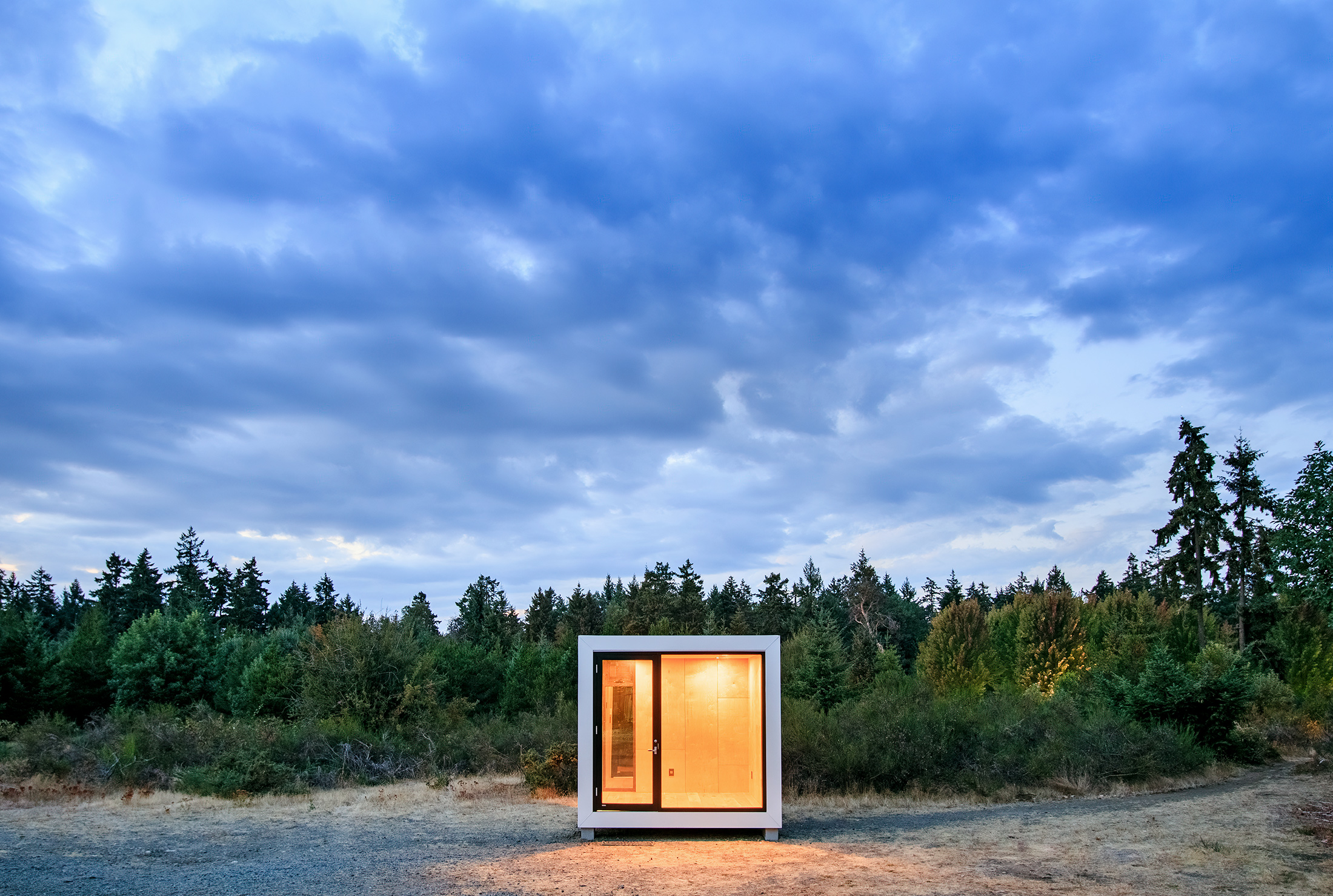 Landon Sheck is showing me around an Aux Box—which takes approximately two seconds. A minimalist 84 square-foot, free-standing modular room that rings in with a total footprint of just 106 sq.-ft., it may be a tiny space, but it comes with huge possibilities. Sheck created Aux Box in 2018 with his long-time friend and collaborator, Morgan Seeber. This prototype, a sleek white wood-framed cube with white steel siding and a glass façade, is parked just off the highway in Parksville, British Columbia—right next door to the 2,000 sq.-ft. workshop in which it was built.

“In our homes, space has to serve multiple uses,” Sheck says, sporting an Aux Box hat in the prototype that doubles as his office. “This is a purposeful, designated space for that one thing you want to focus on. It’s big enough that you have room to breathe but small enough that you can focus.”

And that focus could be almost anything. Aux Box has a running list of possible applications that include home office, guest room, yoga sanctuary, art studio, podcast booth, pool house, and wine cellar. Someone suggested using it as a luxury marijuana grow room (legal of course) and another potential client is considering buying a few to turn into tiny coffee shops.

Just as the uses for an Aux Box are only limited by the imagination, so too are the customizations. This prototype features birch plywood panelled walls and an engineered oak floor, but there are several other options, as well as 30 colours of steel with which to personalize the exterior, and structural additions such as shelving or a wall bed. 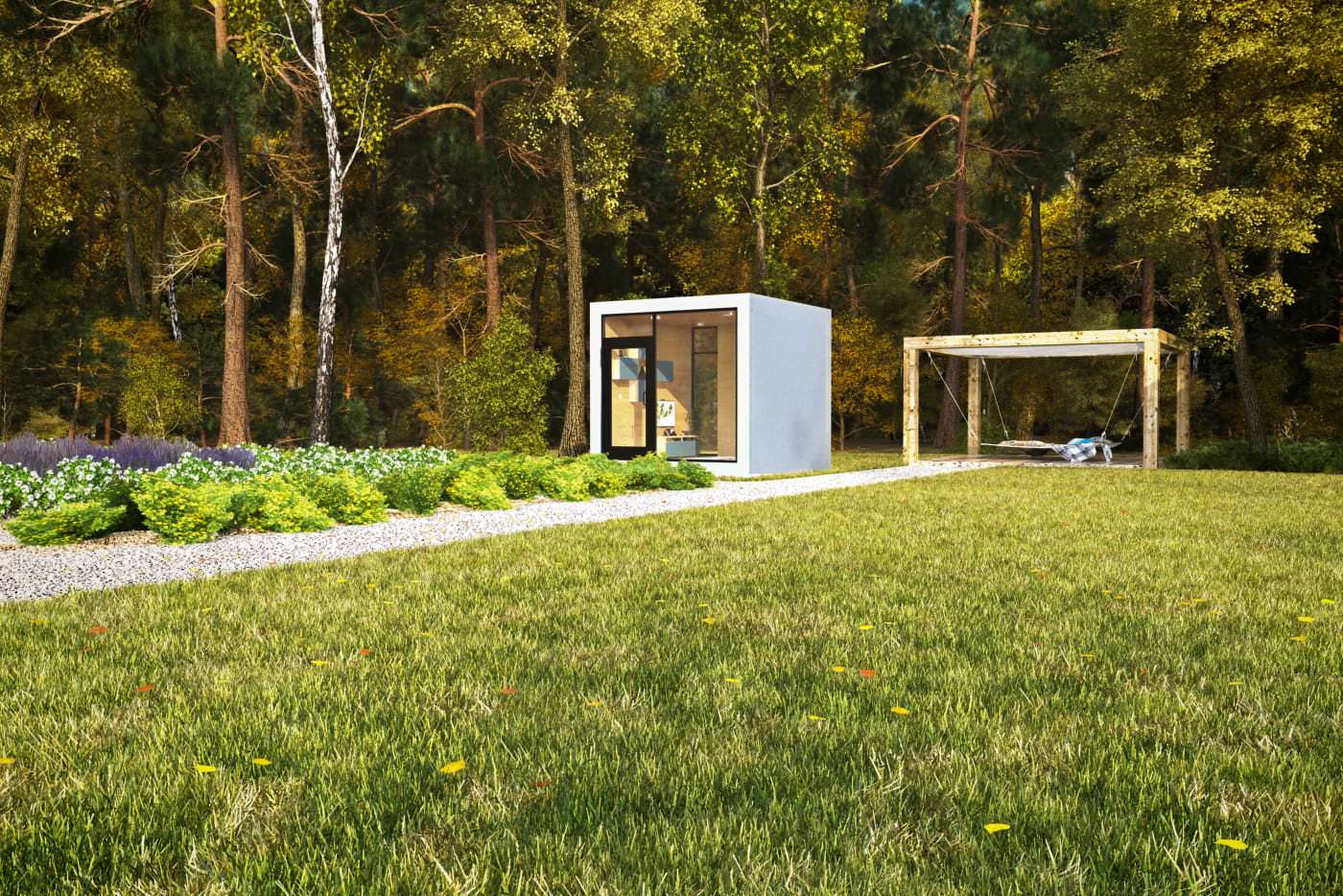 You can also play with the window configurations; the Aux Box is designed to facilitate a connection to the surrounding landscape. “We’re just testing it in wind and rain apparently,” Sheck quips as we watch the trees outside being whipped by a storm. As if on cue, a rainbow appears. “You get the benefits of being in nature without the consequences,” he notes.

Sheck and Seeber can build an Aux Box in about a week, and there is virtually zero waste in the manufacturing process. Once a room is ready, it’s placed on their trailer and delivered to its new home. Little work is done on site, and most municipalities don’t require a building permit for such a small structure. “Your room arrives and you plug it in, just like your toaster,” Sheck explains.

Similarly, when you enter your Aux Box to pursue your passion—whatever that may be—you are immediately immersed without any distractions. “I don’t think people evaluate the true cost of a bad environment. Your space is cluttered, your brain is cluttered,” Sheck insists. “If you’re going to produce something, optimize your environment to do it. Not only will you do it faster, you’ll do it better and you’ll be happier doing it. Guaranteed.”

More from our home design section.