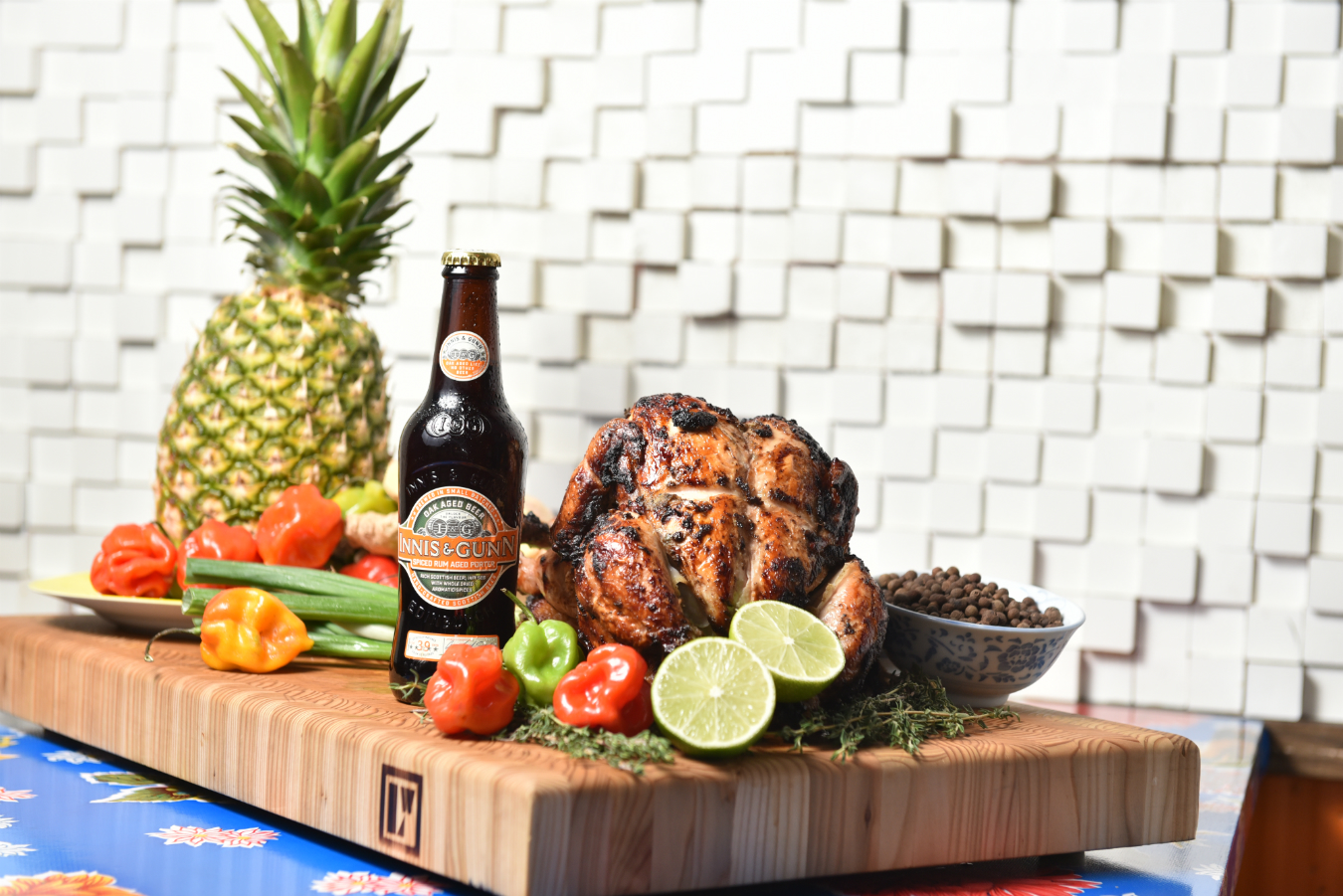 Innis & Gunn got its start when Dougal Sharp, then head brewer for the famed Caledonian Brewing Company in Edinburgh, Scotland, was asked by a nearby whisky distillery to put some beer in their oak casks, to impart certain characteristics they would exploit in their production. Though the beer was not intended to be drunk, it didn’t take many casks for someone to notice how good the stuff was, and eventually Sharp began bottling his own oak cask-aged beers, under the Innis & Gunn label.

The company makes a few different beers and ales, and has a specialty line as well. One of these is the Spiced Rum Aged Porter, a darkish, red-hued brew that offers up a distinctive rum note on the nose, along with a bit of vanilla and some caramel. For such a dark beer, it is very light on the palate, not sweet as the aroma might have indicated, with good structure and actually quite refreshing. Unlike many other spirit-infused beers, this one keeps the rum note intact throughout, a touch unctuous, spicy certainly, but that is really only one note among many in this layered, complex brew. It is reminiscent to some degree of Vancouver’s own 33 Acres of Darkness, another product that maintains a surprising, and very welcome, lightness on the palate, rather than monolithic domination from dark-roasted malt reigning over the kingdom.

Sufficient for two whole chickens or three pounds of pork.

(Enjoy with a beer or two.)

Make it at home. Get more recipes here.