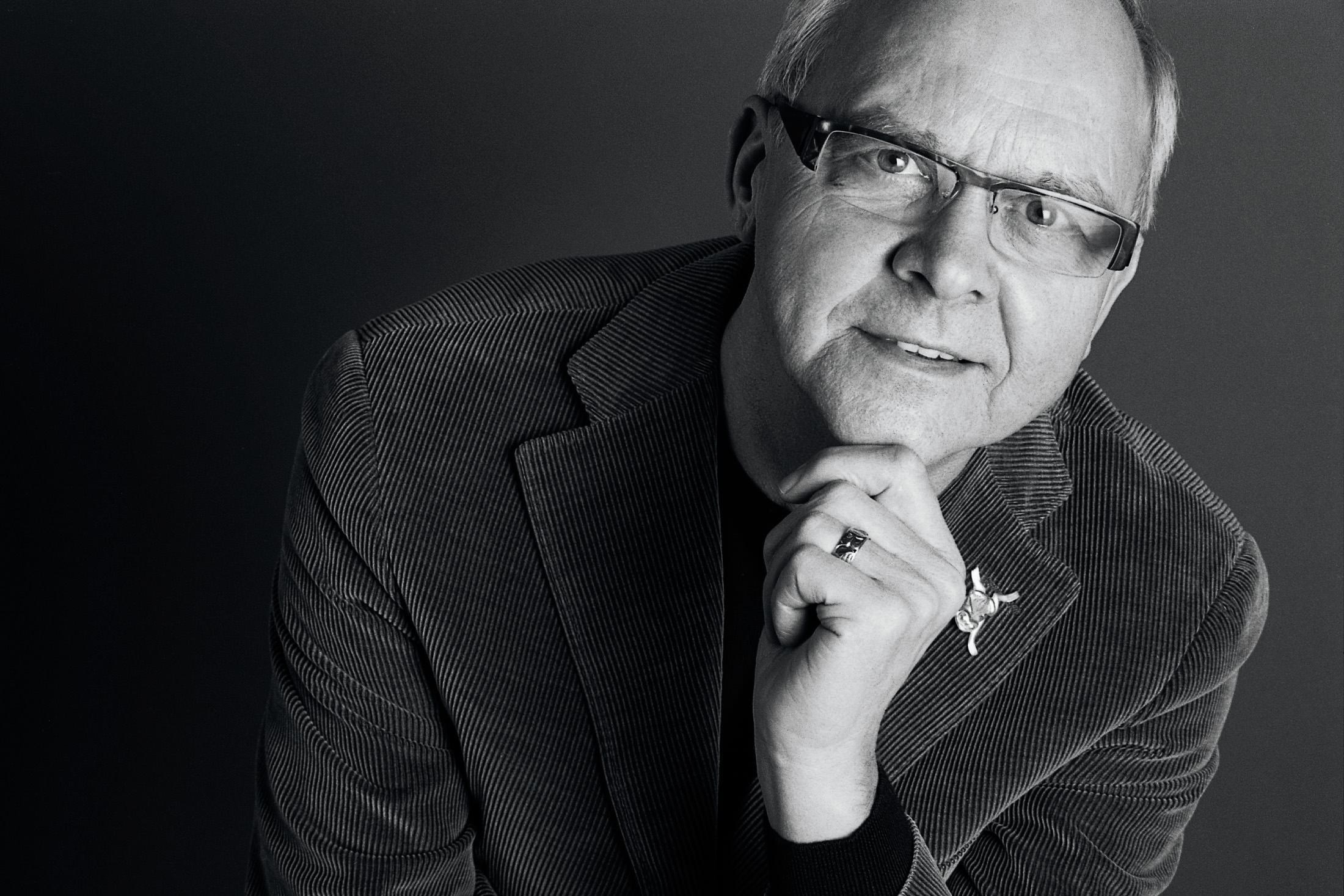 It’s hard to overstate the impact John Bishop has had on Vancouver’s culinary sense of itself. Fine dining in the late 1970s usually meant baroque and heavy-handed French techniques and formality, a frontier town’s dream of what it meant to be fancy. There was little reflection on the produce and seafood right at our doorstep—ironically, those were saved for the enjoyment of enterprising home cooks. Jeffrey Steingarten, the influential food writer, once said that the Pacific Northwest was a region of superlative ingredients in search of a cuisine. John Bishop gave a voice to those ingredients, celebrating seasonality and freshness but with a sense of lightness and ease, essentially becoming Vancouver’s signature style.

Bishop announced the closure of his namesake restaurant in March of this year after an astounding 35 years of superlative service and unwavering commitment to supporting local, organic, and seasonal food producers. The vigour of Bishop’s food and culinary ideals remain as strong as ever, but Vancouver real estate costs made it impossible to maintain his exacting standards while remaining approachable to his customers—and fair to his small-scale suppliers. Among loyal diners, after the initial shock and sadness faded, culinary FOMO took hold, and everyone, including myself, furiously started making reservations.

While the tumult of COVID upended all plans, Bishop was determined to thank his customers properly, and he has extended the farewell party to the end of the year. Unexpectedly, the new pandemic protocols even showed a silver lining—the sparse, socially distant tables provided an intimacy in keeping with connections built over the years. 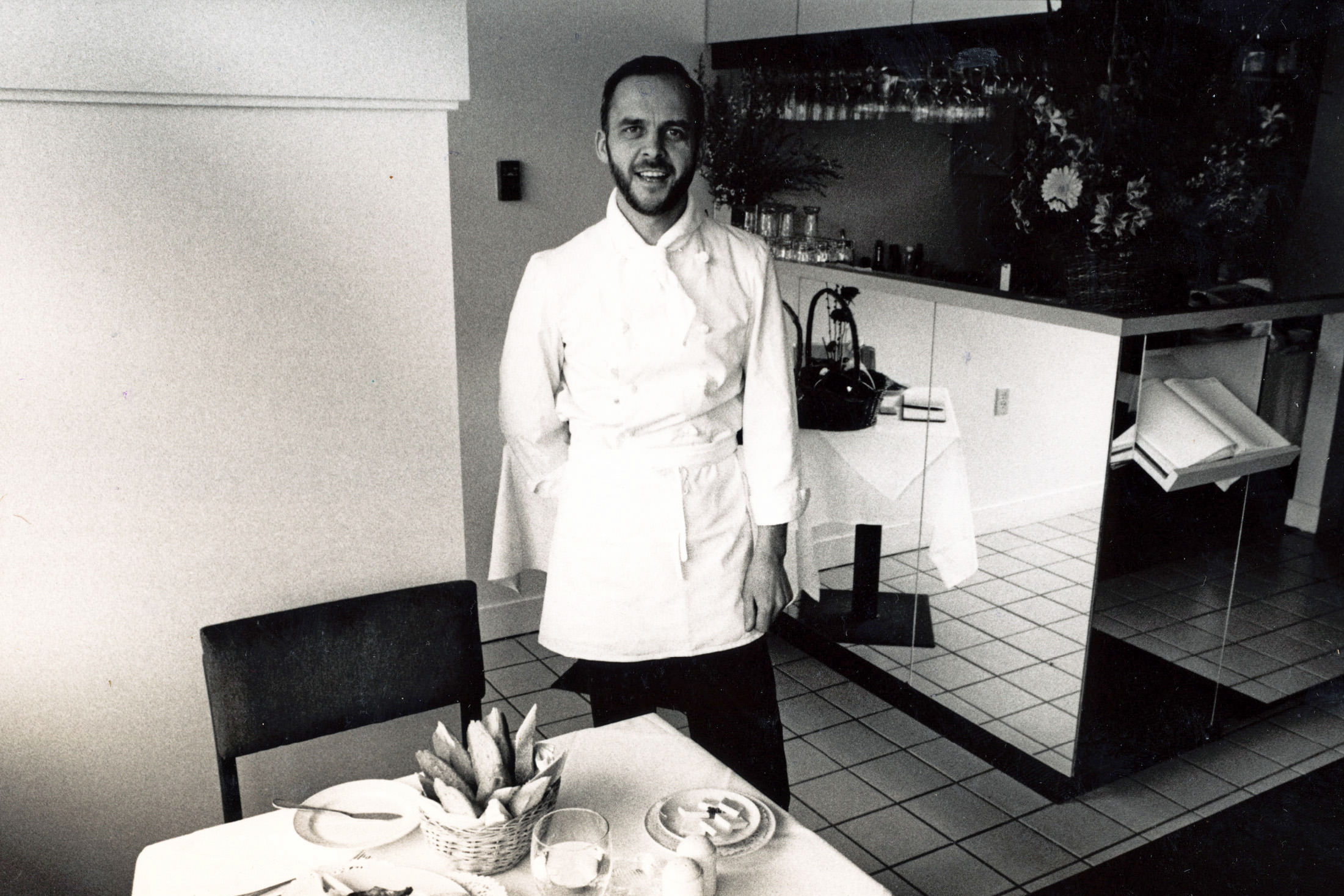 After 35 years at his famed Kitsilano restaurant, John Bishop prepares to retire.

Bishop, his restaurant, and his cookbooks have won awards too numerous to list but include a Governor-General’s Award in Celebration of the Nation’s Table, Queen Elizabeth II’s Golden Jubilee Medal, and armfuls of lifetime achievement awards. But he never stops moving forward, ever curious and mindful of the relationship between food and the land around us. His documentary Deconstructing Supper follows his heartfelt exploration of the complexities of modern food production and how our dining choices are impactful in unseen ways.

Despite the acclaim, Bishop remains improbably modest—Zen-like in his gentle but determined demeanour. All that he has done and accomplished is grounded in a belief in doing the right thing, feeding people well, and treating everything he touches with respect. It sounds simple, but in all my years of dining at Bishop’s and interacting with John, I have never seen him waver from these principles. While there has been a much-needed reckoning and dismantling of the abusive entitlement of many big-name chefs and restaurateurs, he goes about his work quietly and diligently.

Bishop’s style of hospitality has become the template for modern fine dining: seemingly casual and effortless but backed by laser-sharp attention to detail, deep food and wine knowledge, and genuine warmth for the diner. Bishop makes a point of visiting every table himself during the meal, conveying delight and gratitude that you decided to spend your time with him. He pulls you into conversation, making you feel like you’re privy to a secret culinary world. He may tell you about how wonderful the local halibut has been this year, show you what he considers the perfect apple, or even give you a quick demonstration of how his famed silver-plated duck press works.

My first meal at Bishop’s was just after starting university in the mid-’80s. I was focused on trying the famous Death by Chocolate, a thick slab of dark chocolate mousse splattered with raspberry coulis “blood.” I remember being surprised by the intimacy of the small room, softly sophisticated but immediately inviting.

Though this was the nicest restaurant I had set foot in, every effort was made to make me and my family feel relaxed and engaged. I ordered a gorgeous grilled steak, as teenage boys invariably do. My mother ordered Dungeness crab ravioli—a single large envelope of beautifully buoyant pasta filled with freshly picked over local crab meat dressed in an ethereally light beurre blanc. My first thought was that she had misordered; this was not the big pile of cream-choked pasta of my misinformed expectations. But my pity quickly turned to envy when I saw how beautifully simple yet perfectly prepared the ingredients were. Bishop checked in on our table a few times, genuinely pleased that we were enjoying ourselves so thoroughly. He asked my mother what she thought of her pasta. She said it was perfect, and she was right—everything about that meal was.

Thank you, John, for 35 years of perfection.

This article is from our Autumn 2020 issue. Read more stories from Food and Drink.